Steven Piet and Joey King are prepared to walk down the aisle together. A cast member of “The Kissing Booth” announced her engagement to Piet on Instagram in March 2022. Along with photos of her and Piet during the outdoor engagement in the desert, King wrote, “The date was 2/2/22 when you asked me to marry you and made me the luckiest lady alive.” “More than an Instagram caption could possibly convey, I adore you. It would be a great dream come true to hang out with you forever, so let’s do it.”

Piet, meanwhile, shared pictures from the event and expressed his delight at being married to King. “The weather wasn’t quite ideal. Cold. Windy. Asking my dearest buddy to live with me forever is the ideal imperfection, “Added Piet. You’ve opened a degree of love in me that I didn’t know was there, he continued. King has already provided hints about her connection with Piet, such as when she posted a declaration of love to Instagram in May 2021. King displayed several images of her and Piet and stated, “I have such a massive crush on you it’s stupid.” “It’s National You Day, my love, and I couldn’t be more grateful that you are in both of our lives. I cherish you.” Piet is a member of the entertainment field who worked with King.

Steven Piet is a director and producer 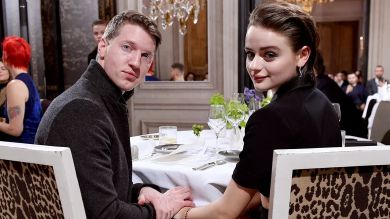 Steven Piet, Joey King’s fiance, is a director and producer in the entertainment industry. According to People, Piet and King met for the first time in 2019 while they were working on the set of the Hulu series “The Act.” In episodes of the series that Piet both produced and directed, King co-starred with Patricia Arquette. Before this, Piet had directed the movie “Uncle John,” six episodes of “Channel Zero,” and worked as a consulting producer for “Nightflyers.” After “The Act,” he worked on projects including the miniseries “A Friend of the Family” and the crime thriller “Briarpatch.”

Piet is a graduate of The Savannah College of Art and Design and is originally from Chicago, according to a February 2019 Deadline article. Piet began his career by producing projects in Chicago before moving to Hollywood after studying film at the university. Piet discussed directing episodes of “The Act” and working with accomplished actors like King in an interview with Vanity Fair in May 2019. “I believed that my role was to take a backseat as much as possible, set the camera in the ideal location, and allow these incredible actors excel at what they do. I would occasionally become so engrossed in their performances that I would forget to command “Cut.” “Added Piet. King and Piet not only work well together on-set, but also get along well together. 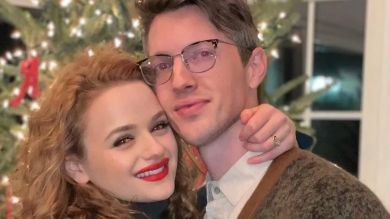 Read More: https://www.nickiswift.com/1172793/who-is-joey-kings-fiance-steven-piet/Steven Piet and Joey King seem to be the ideal couple. King spoke with Allure about her blissful union with Piet in July 2022. “We have great chemistry here. Additionally, we simply adore spending time together “added King. “So doing something where we get to hang out with each other while doing something we both enjoy, [that’s] the best,” she said. The musician continued, “I really appreciate just being able to put [our] ideas together,” with regards to her and Piet.

King spoke with Chelsea Handler on “Jimmy Kimmel Live!” about her recent engagement a month before. On February 2, which was our third anniversary, “[Piet] proposed,” King recalled. Added she, “When I consider it, I become quite excited. I’m so thrilled that whenever I think of our wedding, I immediately start crying.” King claimed she “pursued” Piet but waited to ask him out until “The Act” filming was over. The couple has kept up their social media displays of love. In July, Piet posted on Instagram in honor of King’s birthday: “Happy birthday, my lovely future bride! How much I adore you is ridiculous.” King surprised Piet in December 2022 by sharing pictures from her trip to visit him for the holidays. “After a month apart, I surprised Steven, and these pictures are kind of making my eyes water. Happy holidays to all! “King wrote.