Like its fleet of “NCIS” sister programmes, “NCIS: Hawai’i” isn’t hesitant to introduce a tonne of new characters for a single episode if it serves the case-of-the-week. Naturally, the programme also has no qualms about removing these guest stars as soon as they appeared (we need stakes, after all). That is precisely why “Curtain Call,” Episode 8 of Season 2, was such a heart-pounding thriller. Two of the newcomers who are in danger this time are Officer Kenny Wells (Aleks Pevec) and Duggy Atwater. Wells doesn’t even survive the first act of the episode, which causes a lot of anxiety about whether the crew will be able to keep Duggy safe.

Thankfully, Duggy manages to escape the situation somewhat unhurt despite the villain of the episode’s best efforts. While the audience may exhale in relief at that, some viewers may still be troubled by Duggy’s uncanny resemblance when the programme is over. Charlie Hudson III, who plays Duggy, hasn’t been in a lot of productions, but he has built a decent list of credits in some programmes that devoted TV viewers would undoubtedly remember. 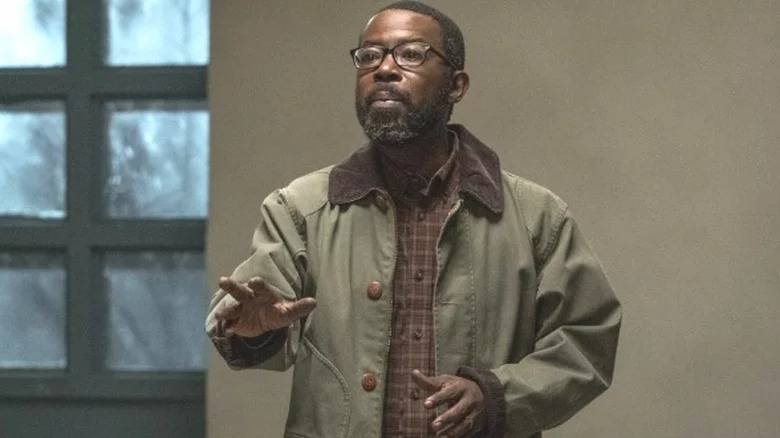 The most comprehensive credit Charlie Hudson III has received to date—and perhaps the part most TV viewers will associate him with—is for his work on the mystery-horror series “Archive 81” on Netflix, which premieres in 2022. The brief but lovely series centres on Dan Turner (Mamoudou Athie), a young man tasked with fixing video from long-lost documentary cassettes. Dan discovers a dark and frightening mystery.

The audience is informed early on in the programme that Dan’s family tragically perished in a fire when he was a little boy. We do not, however, hear nothing more about them or from them after that. When Dan finds more of the enigmatic videos, they show that his family, especially his father Steven (played by none other than Hudson), was involved in some enigmatic occurrences years before through his work as a psychiatrist. Soon after, Dan learns an intriguing connection between Steven and Melody (Dina Shihabi), the recordings’ originator, which reframes a significant portion of his own background.

Sadly, “Archive 81” was cancelled after only one season, so viewers won’t have the opportunity to know if Hudson would have returned for Season 2.

If you’ve heard this one before, please stop us: In the first season of a police procedural with a New York setting, Charlie Hudson III makes an appearance as a criminal. No, we’re not just recapping his “Unforgettable” credit; rather, we’re talking about his performance on the NBC drama “Shades of Blue.” In this show, Jennifer Lopez plays Harlee Santos, an NYPD detective who, if you can believe it, manages to solve murders while dealing with a tonne of delicious personal drama from episode to episode. Oh, right.

Hudson makes an appearance in the cast of “Who Is It That Can Tell Me Who I Am,” the fourth episode of Season 1. In the episode, Santos finds herself in a difficult situation as she tries to halt a heist while dealing with her colleague officer Michael Loman’s unstable behaviour (Dayo Okeniyi). Ricky, a character played by Hudson, is one of the robbers in the case. Naturally, Santos swiftly detains him for his involvement in the crime and interrogates him in order to obtain further details. 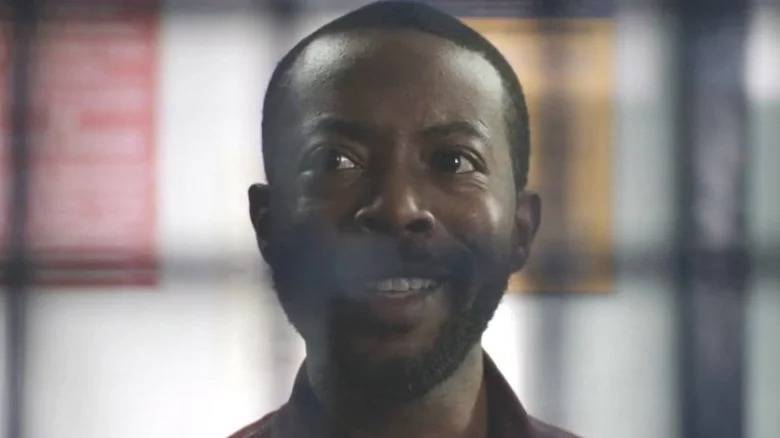 For one episode, Charlie Hudson III also joined the cast of “The Good Fight,” the “The Good Wife” spinoff from 2017. Diane Lockhart, Maia Rindell, and Lucca Quinn team up to work on legal cases at the firm Reddick, Boseman & Kolstad in this sequel series. When Hudson first appears in the series, his character is, unsurprisingly, once more on the wrong side of the law.

Hudson plays Todd Knudsen, a random guy who has been detained for heroin possession, in Season 1, Episode 9, “Self Condemned.” Knudsen at first seemed to have little to do with the business at hand, the firm’s staff seeking to find evidence to build a case against a corrupt cop. The group afterwards understands that Knudsen’s description of his arrest is actually exactly what they require to take down the violent police. Well done, Knudsen. 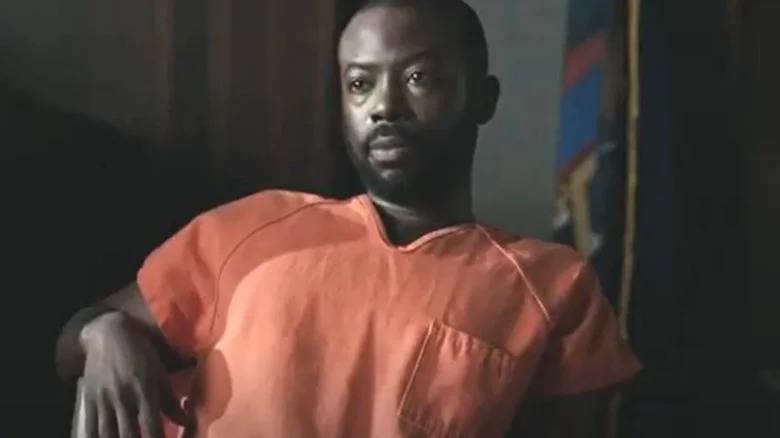 Charlie Hudson III has a TV credit where he is involved in a criminal case for the third time on this list. The leads this time around, though, aren’t supernaturally gifted NYPD cops. The HBO miniseries “The Night Of” from 2016 is the source of the disputed credit. The mystery-thriller centres on Naz Khan, played by Riz Ahmed, a college student who is imprisoned after learning that his date Andrea (Sofia Black-D’Elia) was murdered. John Turturro plays lawyer John Stone, who is arguing his case and trying to uncover the truth about what actually transpired on the night of (yep!) the crime.

The number of suspects in “The Night Of” is almost endless, as viewers will soon realise. Hudson’s Duane Reade is on that long list, sure, like the convenience shop. Throughout the course of the miniseries, Reade makes a few appearances, but one of the key sequences preceding Andrea’s murder is when he does so best. One of the final individuals to see Naz and Andrea together before her passing was Reade, who ran into them on the street at night.

The show makes an effort to imply that Reade is more complicated than first appears, and a chase scene with Stone undoubtedly makes him appear more sinister. Of course, if he were the real murderer, everything would be a little too obvious. The conclusion of “The Night Of” clarifies the situation and shows that Reade is really a red herring. 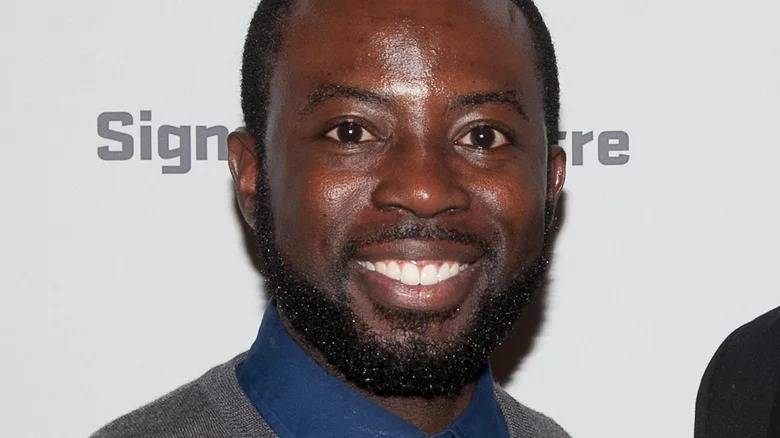 In 2011, Charlie Hudson III made his debut as a guest star on a major network television programme, “Unforgettable,” for CBS. The sitcom stars Poppy Montgomery as the NYPD investigator Carrie Wells, who has a photographic memory, and her colleague Lieutenant Al Burns (Dylan Walsh). In every episode, Wells uses her exceptional memory abilities to solve a crime. Even though it might not be among the top criminal series of all time, it is nonetheless enjoyable.

Early on in the series, Hudson makes his one and only appearance as a guest star in Season 1, Episode 5, “With Honor.” Wells and Burns investigate the murder of the latter’s former partner, Detective Jim Kelly, in the episode (Malachy Cleary). The pair’s quest takes them to J-Dog (Hudson), a hired gun who has gotten himself into a pickle as a result of his involvement in the case. Wells and Burns successfully persuade the criminal to surrender and go with them covertly so he may testify in court after realising their fellow officers are out for vengeance and will probably kill J-Dog in reprisal.