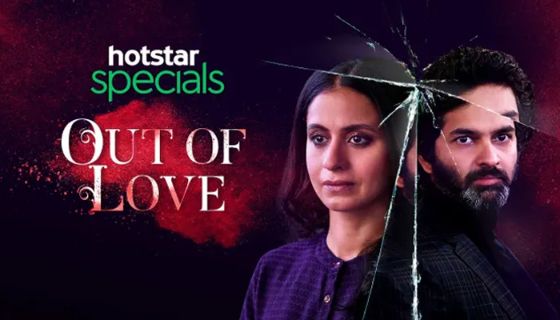 Out of Love is a Hindi drama-thriller web series based on Mike Bartlett’s Doctor Foster (BBC TV drama). It first aired on Hotstar Specials in November of this year. Tigmanshu Dhulia and Aijaz Khan are the directors. The leading duo is Rasika Dugal and Purab Kohli.

Out of Love Story

Meera (Rasika Dugal) and Akarsh (Purab Kohli) had been happily married until the former discovered a hair on the latter’s scarf one day. Meera develops a strong desire to learn who Akarsh’s girlfriend is. She also entrusts a friend, who advises her to act normally around Akarsh while continuing to hunt for evidence. The show follows Meera as she deduces Akarsh’s lies and betrayal of trust, as well as how she navigates her married life.

Out of Love Series Cast

Out of Love Trailer


The trailer for Out of Love is brutal. It depicts a happy married couple’s existence. Rasika Kohli is a doctor and the wife of Purab Kohli. They live happily ever after till Purab’s extramarital affair is revealed. It leads to betrayal and heartache. The trailer gives a glimpse into Rasika’s character’s emotional rollercoaster ride after catching her spouse red-handed.

Out of Love Series All Episodes

The seed
The outsider
More than meets the eye
A second chance?
Stop at nothing

Out of Love Story Review

The plot is engrossing and exciting. Rasika brings her acting abilities to the foreground. One scene after another, she glows brighter. She carries the series from beginning to end, pushing it to the finish line. Her delicate and modest acting style allows her to connect with all viewers. Purab has a deft touch when it comes to delivering his performance. Purab has established himself as one of the most prominent OTT performers in the web world with Out of Love, and viewers can expect to see more of him in the future. Another plus for the series is the director. Overall, it’s a great watch!