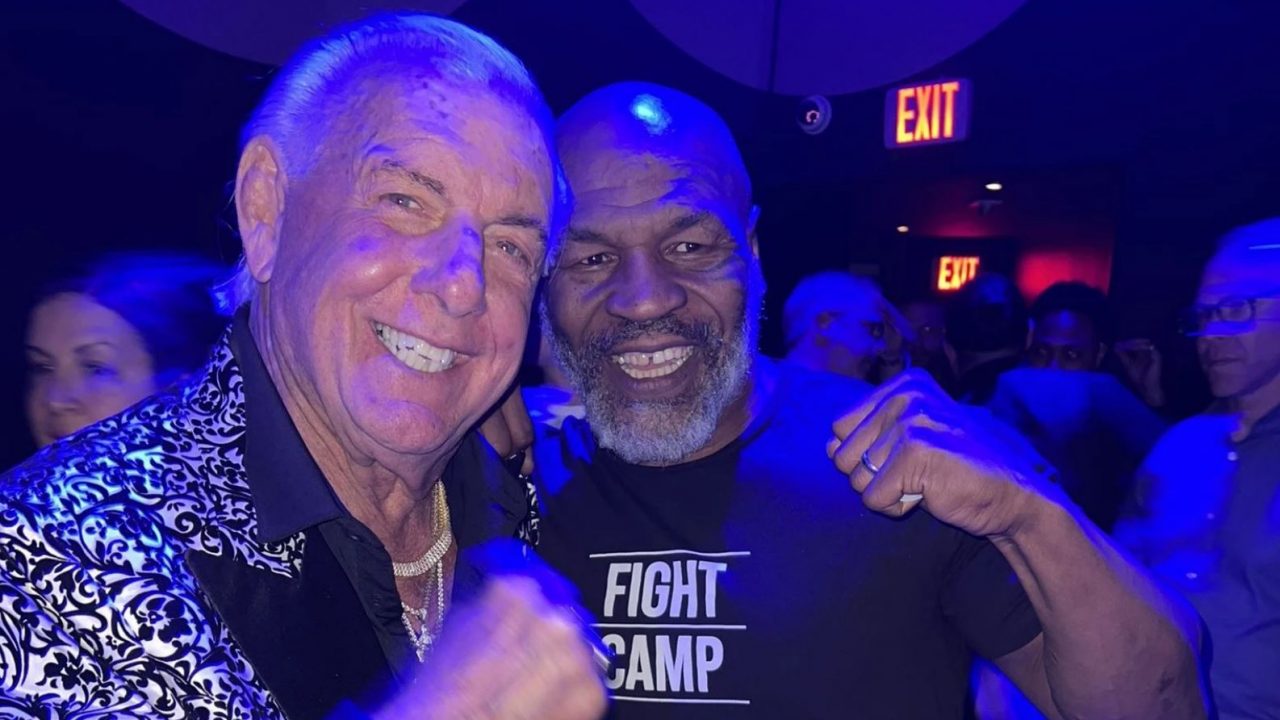 After Partnering Up For Marijuana Joint Venture Their Ric Flair & Mike Tyson Were Seen Smoking Up!

The Nature Boy was seen sharing a joint with boxing star Mike Tyson as Ric Flair Drip was in full swing!

Numerous wrestlers and public figures, including as Jim Ross and Kevin Nash, have entered the cannabis industry in recent years. Ric Flair and Mike Tyson joined the fight back in March, according to the announcement.

In order to create a new line of cannabis goods, Flair has linked up with Tyson, a longtime supporter of marijuana use. The 55-year-marijuana old’s business, Tyson 2.0, purchased a sizable portion of Flair’s Ric Flair Drip Inc. ‘Naitch’ detailed his transformation into a cannabis supporter in a statement confirming the agreement.

In a video posted to the Nature Boy’s social media, the two can be seen lighting up a joint together, suggesting that they are now conducting sample testing and enjoying their product line. Flair gave a little promo as the two started to smoke, saying:

At a cannabis conference in Miami in April, the two were again seen together.

Cannabis is no longer mentioned as being against WWE’s Wellness Policy, according to recent reports, suggesting that the corporation has relaxed its rules in this area. Randy Orton played a key role in the policy change, according to Fightful Select, as no WWE Superstars have been disciplined for substance use in years. When Matt Riddle and Randy Orton formed RK-Bro, the firm even went so far as to release cannabis-themed apparel for them.

What Happened To The ‘Friday Movie Series’? Are They Still Making ‘Last Friday’?