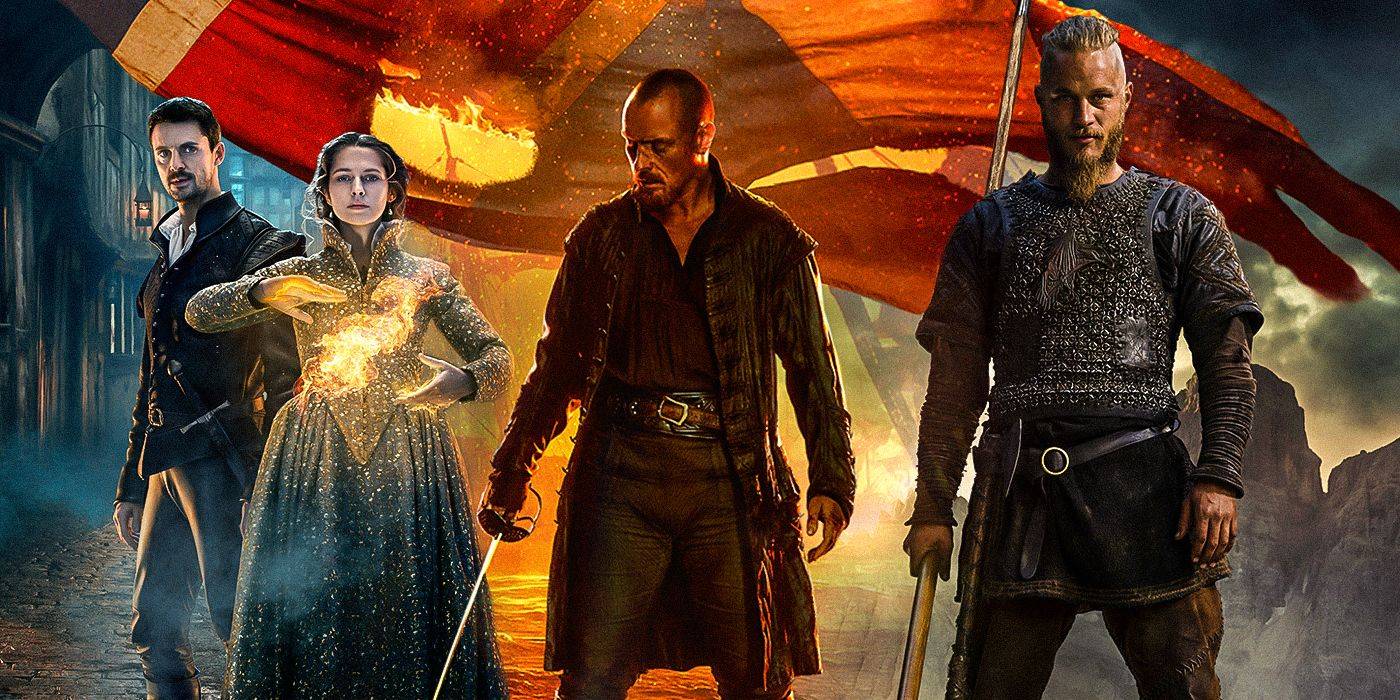 Outlander is a popular drama series that merges fantasy with history with great effects, comparable to another fan-favorite TV show called Game of Thrones, which you may be familiar with. Outlander premiered in 2014 and is based on author Diana Gabaldon’s bestselling novel series. Claire Randall, a World War II medic who is mistakenly transported back 200 years to 1700s Scotland and lands smack in the heart of a battle to preserve control of the Highlands, stars Caitrona Balfe in the Starz series. Claire, who is completely out of place as a modern English woman, is forced to acclimate to her new surroundings, and she quickly meets a handsome Scottish Highlander called Jamie Fraser, played by Sam Heughan.

Outlander has a devoted following, and the series has been renewed for a sixth season in 2022. Claire and Jamie face a lot of personal struggle (and time travel) as their adventure together continues across the seasons, and viewers are eager to see what happens next. But, while they wait for fresh episodes, what should Outlander fans do? Check out these seven terrific TV programs that any Outlander fan will appreciate if you’re having trouble finding your next favorite show to tide you over till next year.

A Discovery of Witches 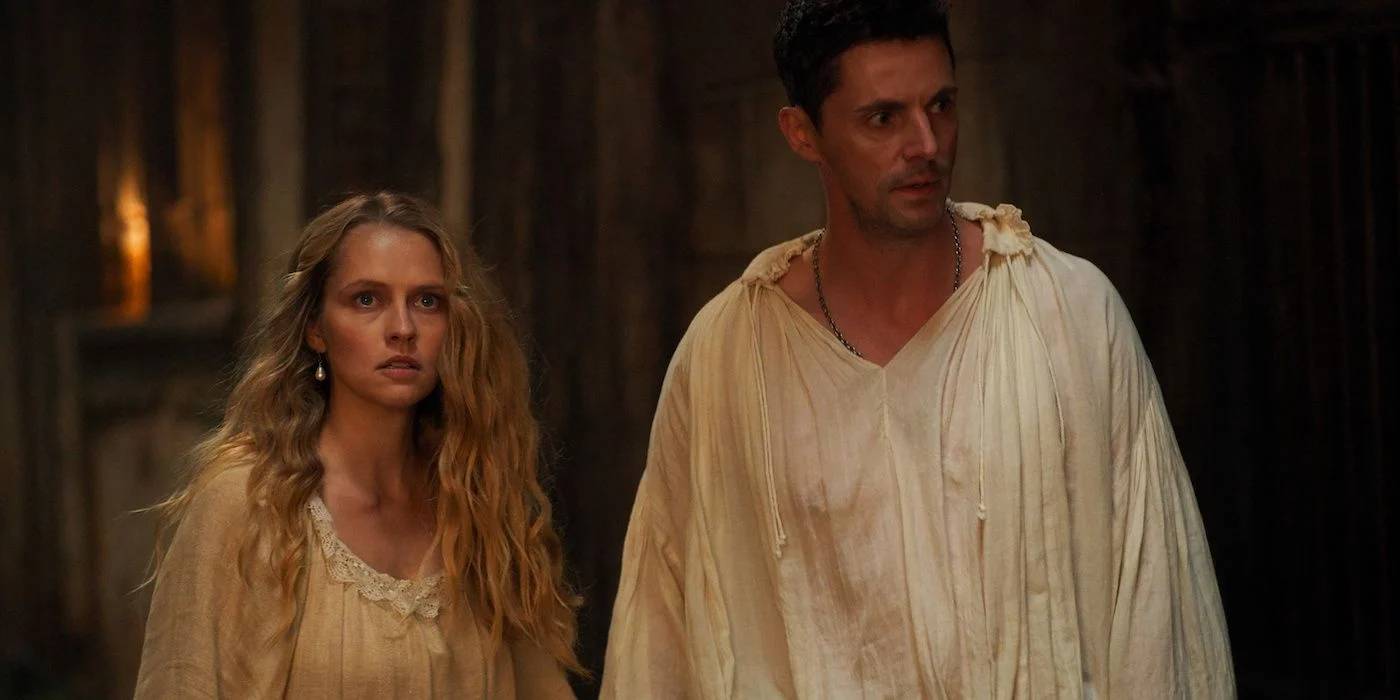 Are you still on the lookout for a fantastical twist? A Discovery of Witches is a thrilling fantasy drama with a fantastic central romance that Outlander fans will adore. Outlander fans, on the other hand, are likely to appreciate the series even more in the second season, which is set primarily in Elizabethan London in the 1500s. Teresa Palmer plays Diana Bishop, a witch and historian, and Matthew Goode plays vampire and biochemistry professor Matthew Clairmont in A Discovery of Witches, based on Deborah Harkness’ acclaimed All Souls book series. The two meet at Oxford, where Diana is studying alchemy, and begin a romance that both challenges the long-standing animosity between the magical species and solves the puzzle of why magic seems to be vanishing. Diana and Matthew are a fantastic alternative relationship to obsess over while you wait for the Outlander couple to return. They’re just as star-crossed as Jamie and Claire. 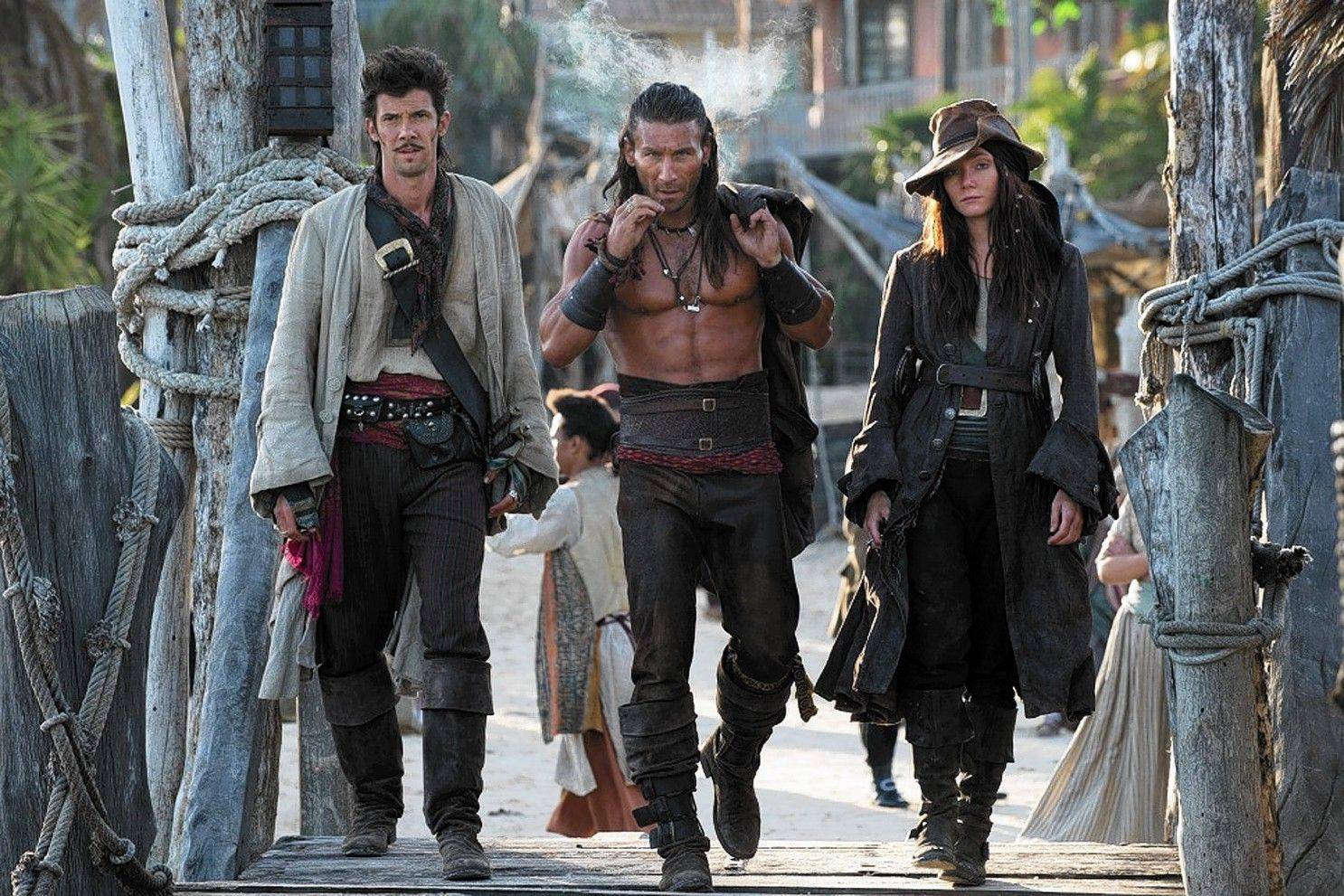 Black Sails is a prequel series to Robert Louis Stevenson’s classic 1883 novel Treasure Island. It is set in the early 18th century on New Providence Island in the Bahamas, when piracy was at its peak. Captain James Flint, played by Toby Stephens, John Silver, played by Luke Arnold, Billy Bones, played by Tom Hopper, and more well-known characters appear on the show. Hannah New as Eleanor Guthrie, Jessica Parker Kennedy as Max, and Clara Paget as real-life pirate Anne Bonny are just a handful of the amazing female characters in Black Sails. Black Sails, which aired on the premium channel for four seasons and ended in 2017, had the same degree of creative latitude as Outlander in terms of action and explicit content, which the makers wisely utilised to build a deep, character-driven plot. Black Sails also received a lot of attention for its gay representation over the course of its run, which is another reason you should watch this noteworthy show. 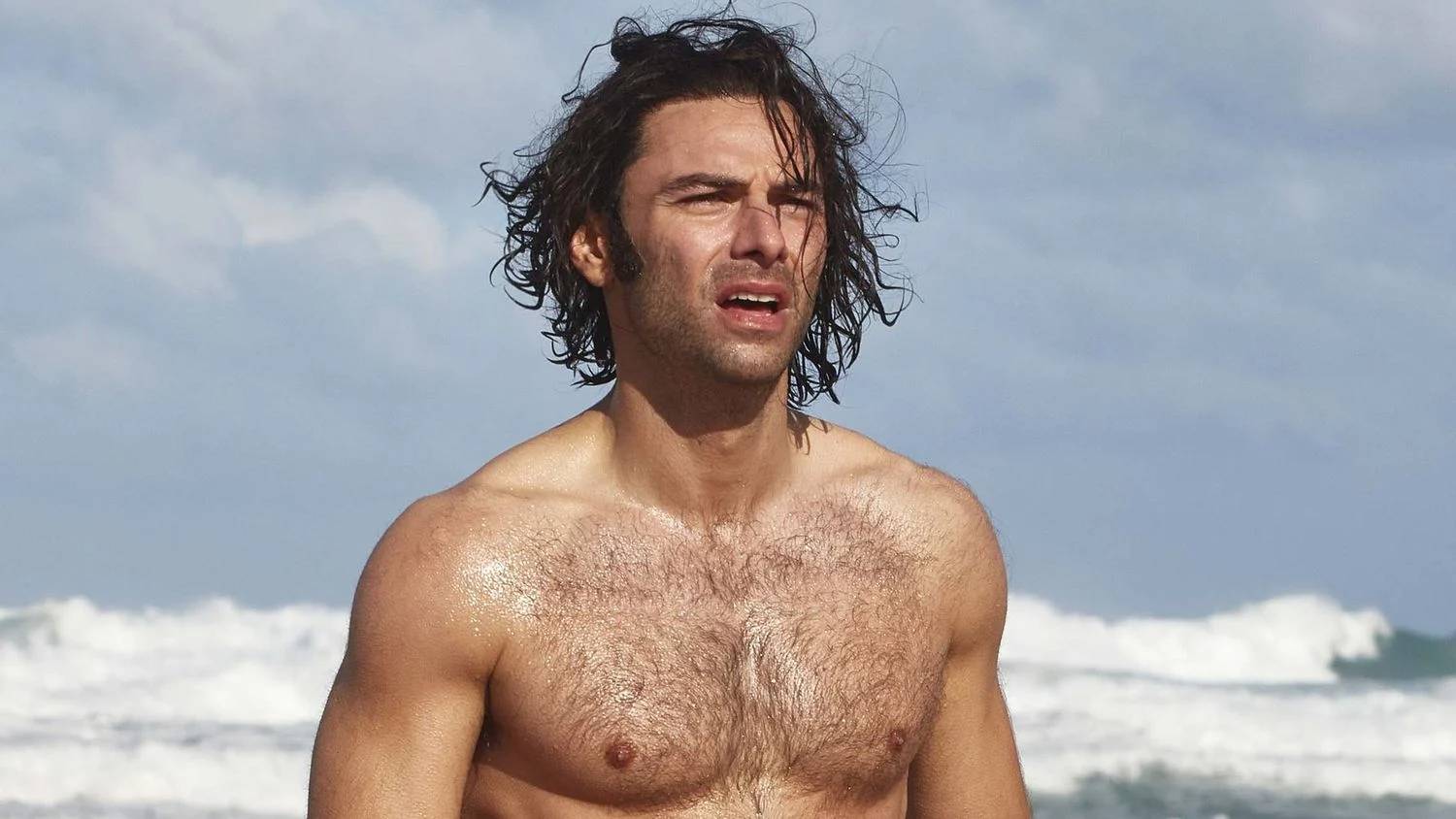 If you enjoyed the period romance component of Outlander, then Poldark is the perfect show to watch next. Poldark, like Outlander, is based on Winston Graham’s pre-existing novel series of the same name. The show, set in the late 1700s in Cornwall, England, may not have any fantastical elements, but it does have plenty of love and drama. Aiden Turner plays Captain Ross Vennor Poldark, a man who returns home after three years fighting in the British Army in the American War of Independence to discover his father has died and his estate is in shambles. He employs a young woman named Demelza Carne, portrayed by Eleanor Tomlinson, as a scullery maid in an attempt to rehabilitate, and the two constantly butt heads. However, over time, their enmity grows into affection, and Poldark follows the couple as they encounter obstacles and tragedy. Poldark and Demelza, like Claire and Jamie, represent a timeless romance from the past. 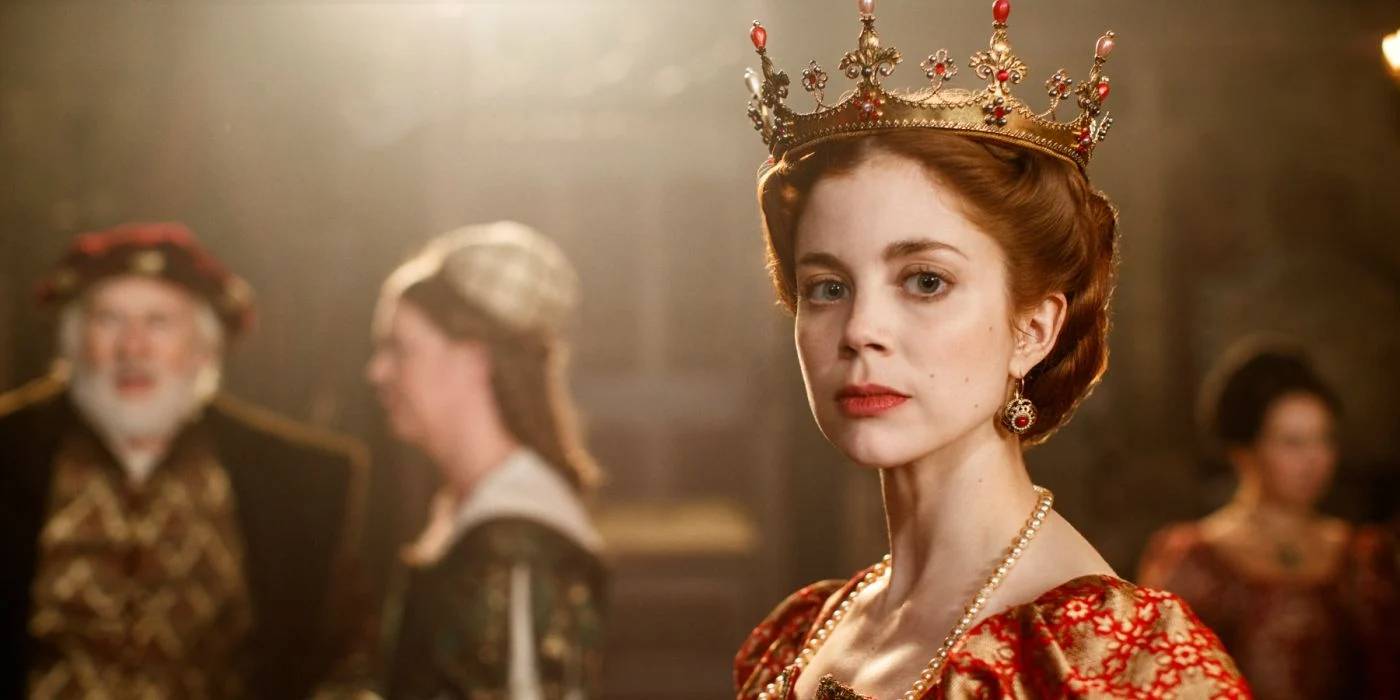 The Spanish Princess is the third in a series of historical plays on television about powerful women in European history. It’s a sequel to Rebecca Ferguson’s The White Queen from 2013 and Jodie Comer’s The White Princess from 2017, both of which are based on Philippa Gregory’s historical novels. The Spanish Princess, which aired 16 episodes in 2019 and 2020, stars Charlotte Hope as Catherine of Aragon, whose name may be familiar to some as that of Henry VIII’s first wife, but she is a princess in the years leading up to her marriage. After Arthur’s sad death, she travels to England to see her betrothed, Prince Arthur (Angus Imrie), only to become involved with his younger brother Henry (Ruairi O’Connor). The Spanish Princess has it all: romance, war, politics, and court intrigue, to name a few elements. It’s great to witness Catherine’s biography on TV, if a little dramatized for entertainment, because most accounts about this time period in history center on the women who came after her. To be honest, European history of the time — particularly the Tudors — had enough drama that the reality didn’t even need to be embellished to make for compelling television. 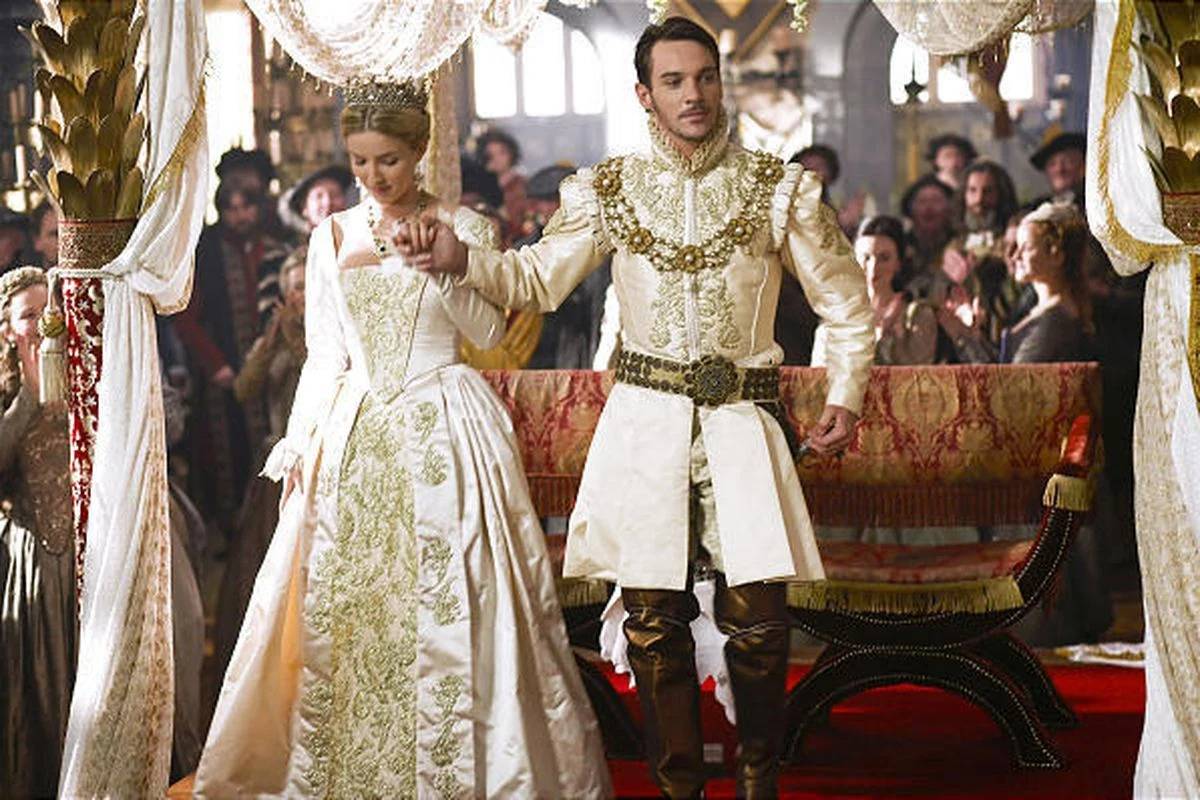 The Tudors, a popular historical TV series set in 1500s England, is set a little earlier than Jamie and Claire’s story. Despite the absence of any fantastical or supernatural elements, The Tudors matches Outlander in terms of drama and action, as well as historical couture that rivals Claire’s iconic Scottish and French outfits. If you’re unfamiliar with the history, The Tudors is about King Henry VIII, who famously had six wives during his reign, the first of whom was Catherine of Aragon, the subject of the previously mentioned The Spanish Princess. Jonathan Rhys Meyers plays Henry VIII in the Showtime series, which also features Henry Cavill, Natalie Dormer, and Annabelle Wallis. The Tudors is the ideal follow-up for lovers of Outlander, as it is an equally thrilling series with lively characters and plenty of romance and tragedy. 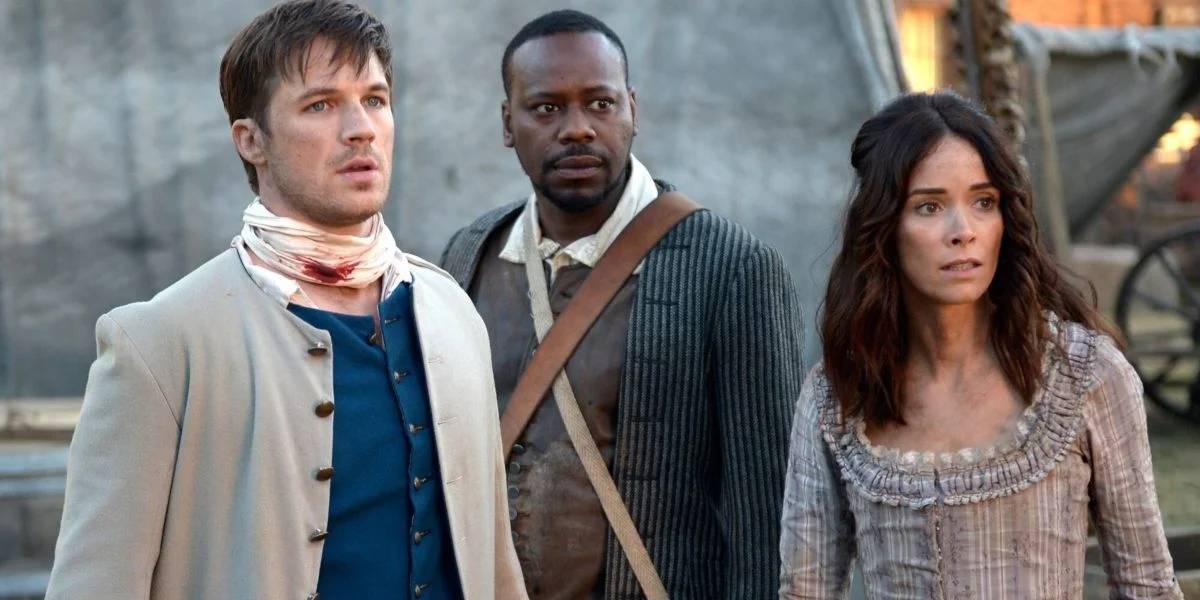 If, on the other hand, you enjoy the time travel aspect of Outlander, then look no further. Timeless on NBC stars Abigail Spencer as Lucy Preston, Matt Lanter as soldier Wyatt Logan, and Malcolm Barrett as Rufus Carlin, a programmer entrusted with tracking down a stolen time machine. They must pursue the thief across the eras with their own time machine in order to modify history for the interest of a mystery organization. The show is action-packed and historically accurate, with a healthy dose of romance thrown in for good measure. While the show was on the air, it had a small but devoted fan base, and when it was canceled after one season, the fans banded together to have the cancellation restored only three days later. The show has two seasons and a two-hour finale, so it’s a nice pick if you’re looking for a brief binge with a satisfying conclusion rather than a show that was canceled before the story could be completed. Tune in to Timeless for a fun and entertaining narrative set throughout history. 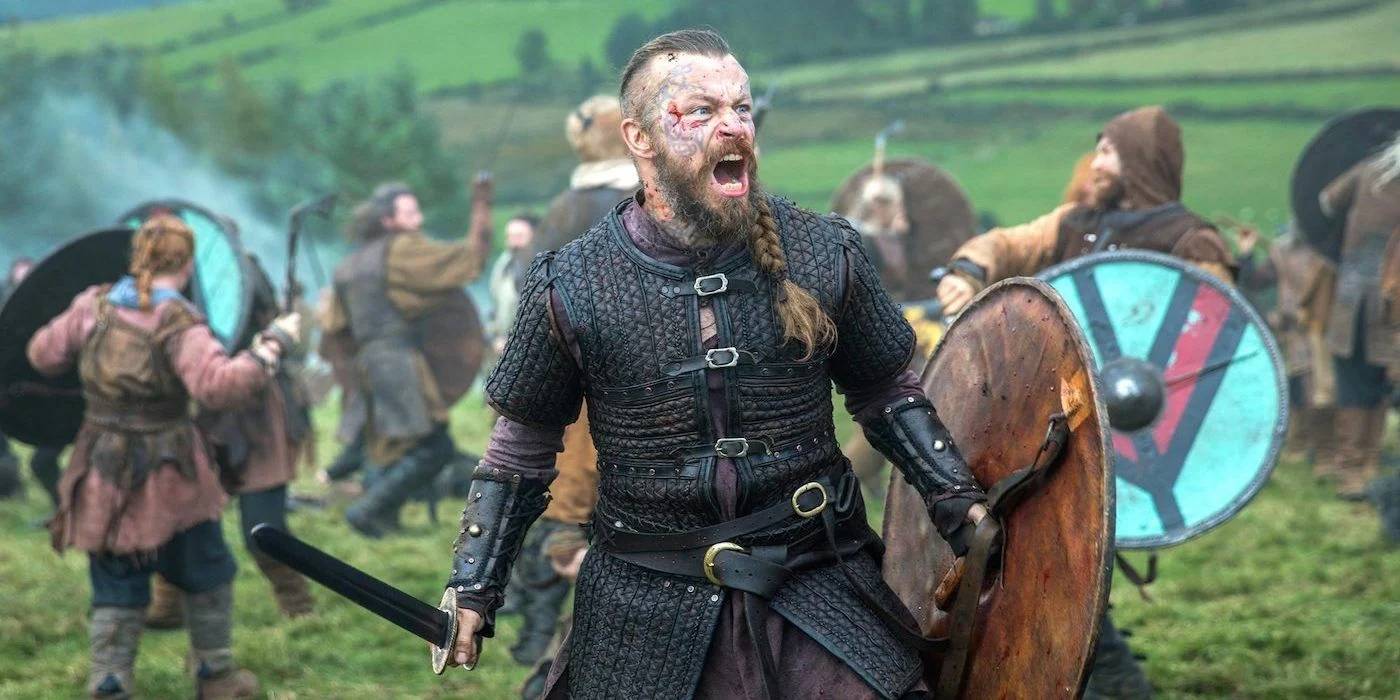 Vikings is another popular historical drama with many seasons to watch. The drama is based on the mythology of Ragnar Lothbrok, a Viking, and his sons. Season 1 opens in the late 700s, with Travis Fimmel’s Ragnar hatching a plot to become an earl and launch an attack on England. Vikings, like Game of Thrones, features a lot of dead across the seasons, but because it’s more historically grounded, the warfare and wars are similar to what Jamie may face in Outlander. All of the characters in Vikings have incredibly rich character arcs, with Katheryn Winnick portraying Lagertha, Ragnar’s wife, Clive Standen portraying Ragnar’s brother Rollo, and Ragnar’s sons Ubbe (Jordan Patrick Smith), Ivar the Boneless (Alex Hgh Andersen), and Bjorn Ironside (Alexander Ludwig) all playing pivotal roles. So, if you’re looking for a show with a lot of historically-based action mixed in with the drama, Vikings is the show for you.

Who All Died In Avengers: Endgame? Avenger Characters We Will Miss

Sister Wives: Why Everyone Is Upset With The Season 16 Tell-All