The Peripheral’s full timeline is a little hazy because the popular science fiction series on Amazon Prime Video portrays a story that spans decades. Flynne Fisher and other characters from 2032 are able to travel to the future thanks to the quantum tunnelling technology of 2100, where the most of the action takes place. The time travel in the show enables characters to send their consciousness into the future. The physical world of the past cannot be directly experienced by those in the future, but they can interact with those in earlier times.

By stating from the beginning that transmissions from the future to the past produce branching parallel universes, The Peripheral avoids the causation paradoxes that beset many time travel fiction. The future-era characters in The Peripheral can play with the past without worrying about changing their own reality because their own chronology is preserved. The early 2032 setting of the show is really in one of the branching timelines, which the Research Institute of the future refers to as “stubs.” The complete timeline of The Peripheral is given here.

The 2020s or Earlier – Birth of the Stub Timeline 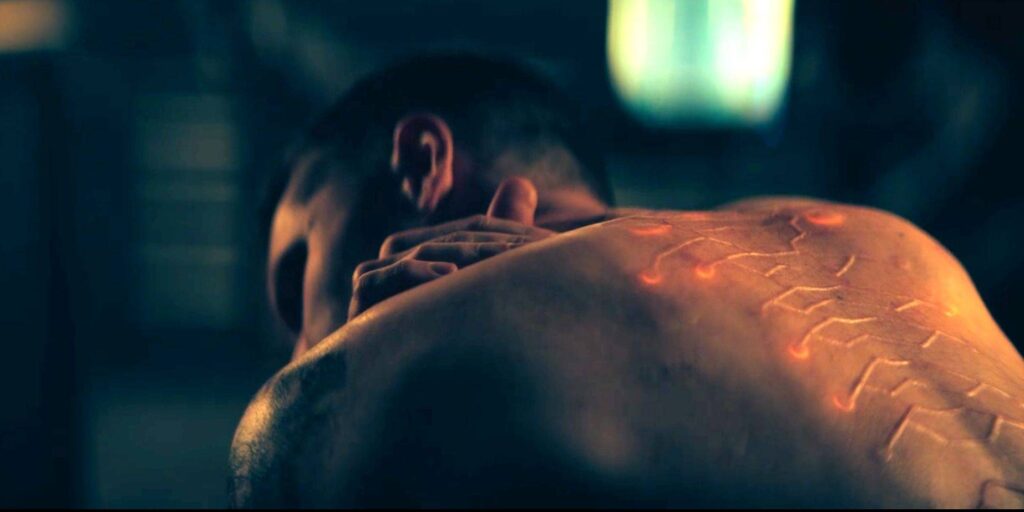 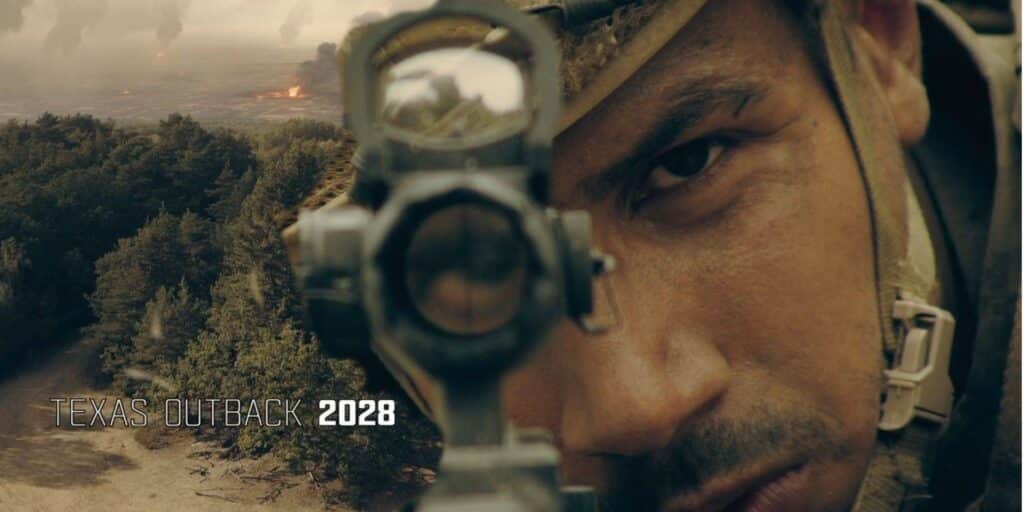 In Texas in 2028, Burton, Conner, Macon, and other characters fight in the sixth episode of season 1 of The Peripheral. The scene is in the stub timeline because all of the soldiers have haptic implants from the Research Institute. It is safe to assume that America is engaged in a civil war at this time because they refer to Texans as their enemies. The scene depicts Conner losing his limbs in 2028 as a result of the Research Institute’s psychological tests. 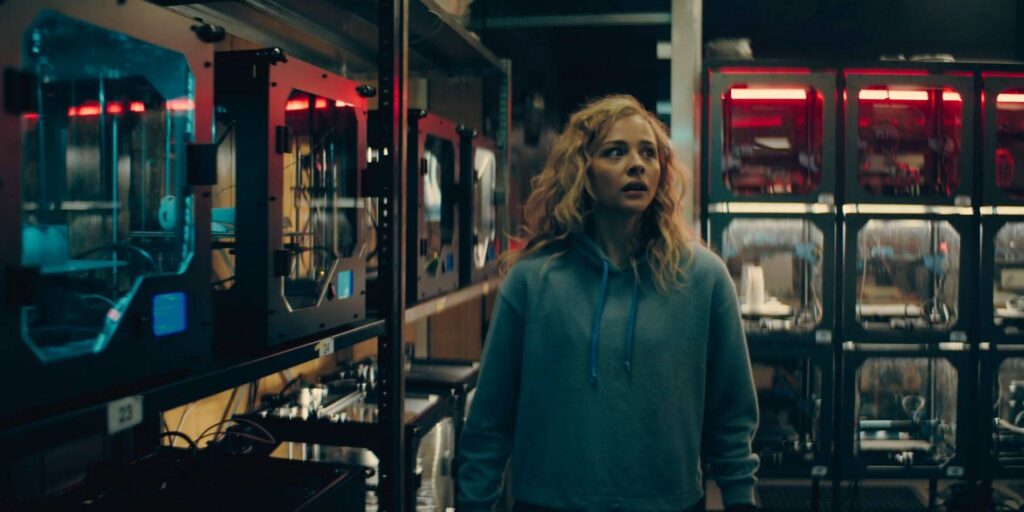 In the stub timeline, the primary action takes place in Clanton County, North Carolina, in 2032. The Research Institute and other 2100 factions freely intrude into Flynne, Burton, and Tommy’s world in 2032, changing the course of history by remitting funds to found businesses and employ assassins, as well as through exchanging military technology and medical advancements. Burton and the other veterans of the battle have terrible haptic implant side effects when the conflict ends before 2032. The 2032 episodes of the show feature cutting-edge technology grafted onto a believable near-future setting.

2039 in the Unaltered Timeline

Debris Hologram The Peripheral’s first season, episode 4, “Jackpot,” uses the spelling 2039. Wilf and Ash are seen explaining the apocalyptic “Jackpot” and its impact on humanity in The Peripheral season 1, episode 4. These events take place in the unaltered timeline rather than the stub because the characters from the 22nd century recall them as part of their own history. Continent-wide power outages brought on by a series of hacking attacks linger for months, causing global civilization to become unstable. This point in history is known as the “Cliff,” when the Jackpot becomes unrecoverable.

2041 in the Unaltered Timeline 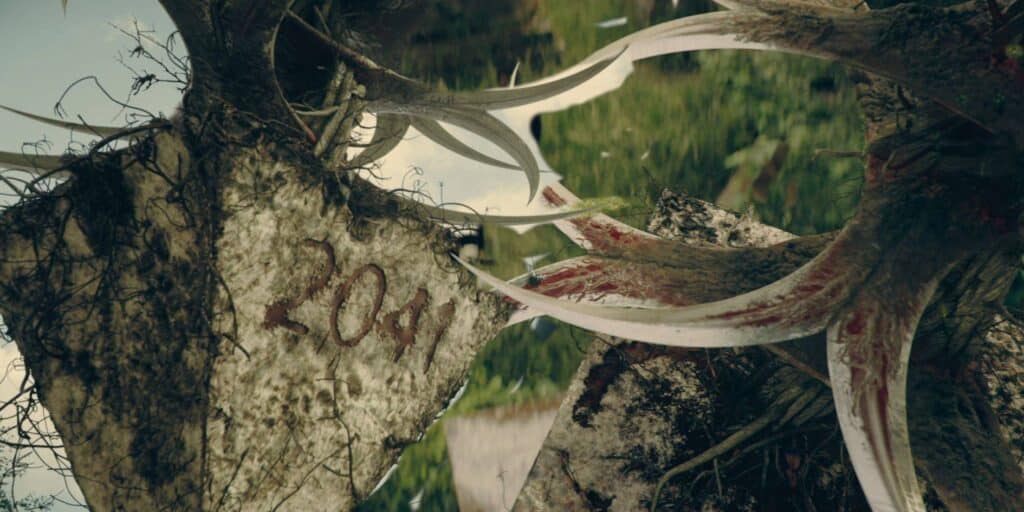 A pandemic that spreads throughout the globe in 2041 and further destabilises human society is also established in The Peripheral episode 4. A filovirus called the Blood Plague causes viral hemorrhagic fever. Up till the abdomen bursts, it assaults the internal organs and induces internal haemorrhage. 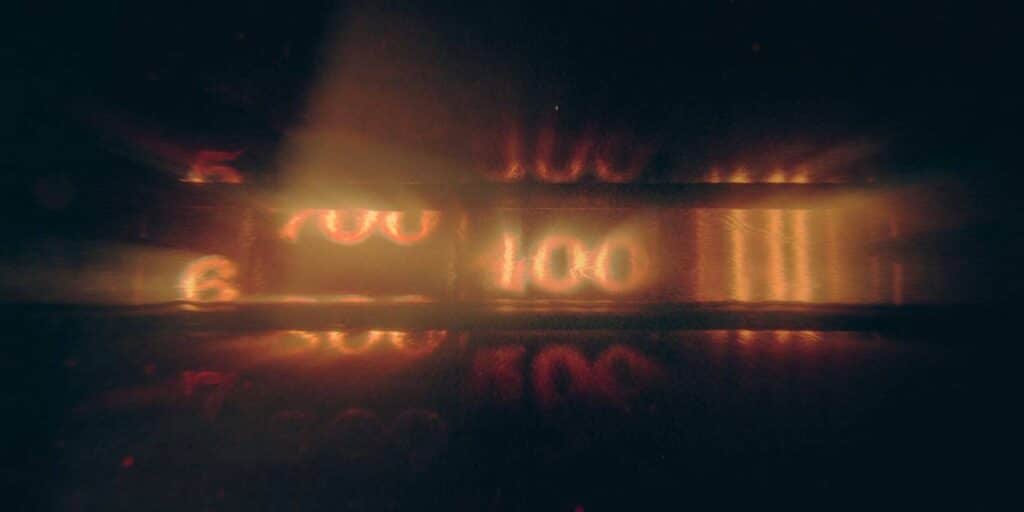 The middle of the twenty-first century is a time of decades of catastrophes. Wilf talks about famine, antibiotic failure, droughts, and environmental disasters. Agricultural collapse is followed by total population collapse. The sequence from “Jackpot,” the fourth episode of season 1 of The Peripheral, is vague. Ash nevertheless informs Flynn that almost 7 billion individuals pass away in the unaltered timeline over a period of 40 years.

The 2080s in the Unaltered Timeline 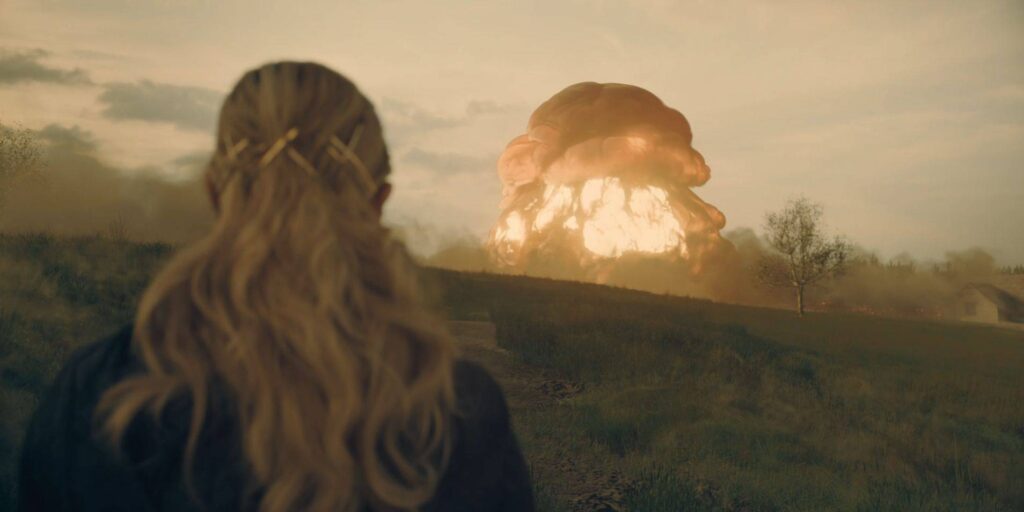 In The Peripheral episode 4, Ash informs Flynne that a terrorist attack on a nuclear missile silo in Spring Creek, North Carolina, will signal “the end” without providing a precise date. Before Wilf and Ash can tell Flynne anything else, she goes offline, but their presentation to Flynne in episode 4 strongly suggests that more nuclear weapons are detonated. This appears to be the lowest point in terms of disasters from which the people of the year 2100 reconstruct human civilisation. 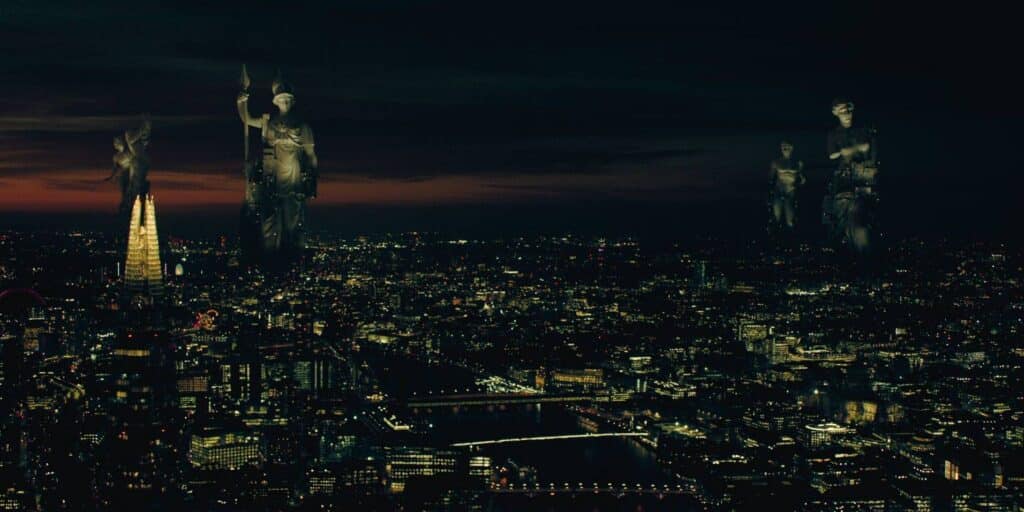 The aftermath of the Jackpot is summarised in an earlier scene in The Peripheral episode 4, “Jackpot,” and the realpolitik of the status quo in 2100 is discussed. In the post-Jackpot world, three powerful institutions are partnered. The Kelpt aristocracy uses excessive violence to keep order, and in exchange, society permits them to amass money mostly free of restrictions. The Research Institute creates the technology required for civilization to function, while London’s Met Police restrain the Klepts’ excess. After the collapse of civilization, “Wolf” and Aelita coexist as siblings while living on the streets as young children.

The 2090s, One Year Before Aelita’s Disappearance in the Unaltered Timeline 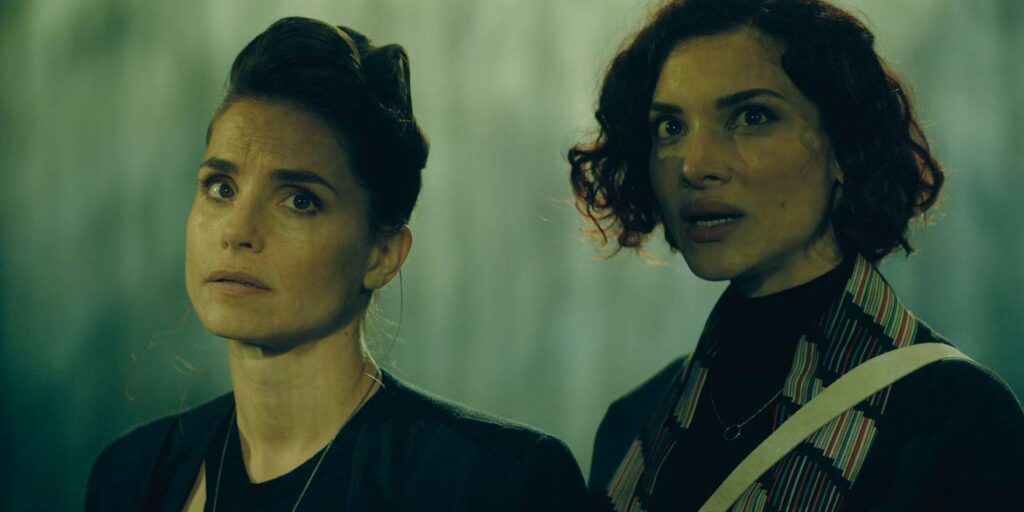 Experiments on stub timelines are currently underway at the Research Institute. When Grace takes her to the God Font and explains the stub experiments to her, Aelita works there in the Grains and Legumes Department. The fact that the test participants in the stub are actual individuals horrifies Aelita, and she starts to make plans to keep Flynne’s stub.

2099 in the Unaltered Timeline 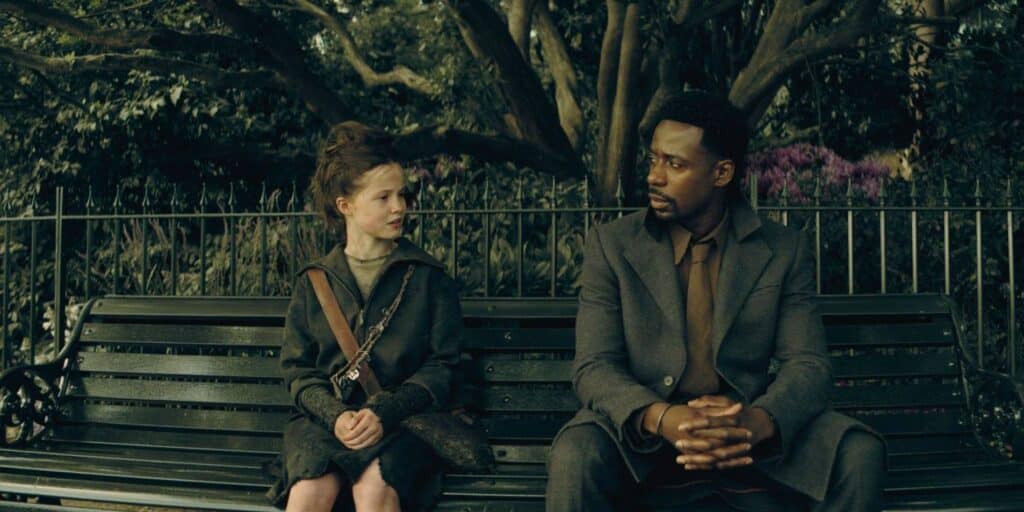 In 2099, Aelita is on the run, and Wilf works for the Klept family of Lev Zubov. Aelita explains to Wilf that she is attempting to save another Earth, not their own. Already, Aelita has a periphery that resembles her younger self. Future London is covered in holograms to replicate the devastated population, conceal the destruction, and recreate naval battles.

2100 in the Unaltered Timeline 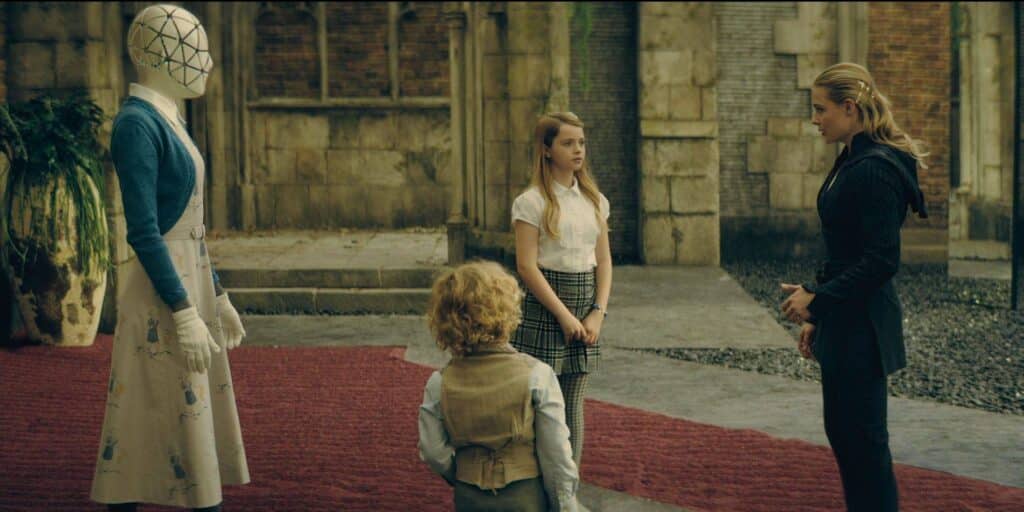 The majority of The Peripheral’s action takes place in London in 2100, with the exception of the 2032 stub scenario. Beyond London, the first six episodes don’t show much of the world of 2100. The Research Institute of 2100 issues a hit on Flynne and Burton on the black web of the 2032 stub, and Aelita contacts Flynne in 2100. Through the use of VR headsets from the year 2100, Burton, Conner, and Flynne visit The Peripheral in the future.