The majority of the time, movies are not puzzles. They may contain enigmas that reveal the solution, but if the entire purpose of the film is for you to “solve” it, the story will end as soon as you do. The picture that seeks interpretations rather than solutions is significantly more captivating and compelling. I can see the desire to try to figure out how the doubles function, how they interact with the people above ground, and other things in Jordan Peele’s new film, Us. However, these queries fail to capture the more intriguing and compelling subtext that the duplicates convey.

The doubles’ wording finally falls short since it only raises more queries. The “how” is rather simple. Everyone received a double as part of a government scheme, and the doubles resided in tunnels beneath the ground. Although the exact mechanism through which this was supposed to happen is never described, these doubles were developed to regulate the above-ground population. The programme was abandoned once the doubles stopped eating rabbits, a food source known for its extensive reproduction. “Red” (Lupita Nyong’o) led an insurrection in which everyone was determined to kill their double and then link hands across America, inspired by the actual 1986 charity event, “Hands Across America,” giving them a new sense of purpose. 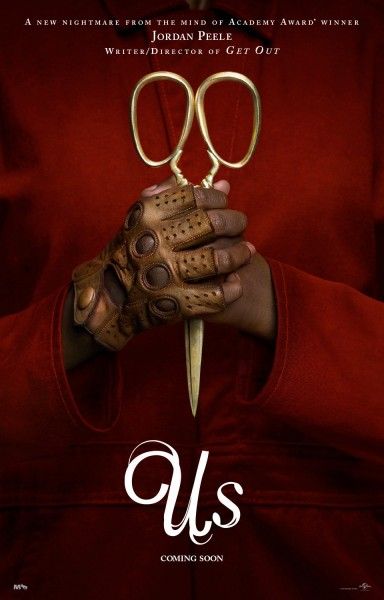 Of course, this only prompts additional inquiries. How were the rabbits fed? Who did they buy their clothing from? They got the scissors from where? The text is a rabbit hole that doesn’t lead to the more intriguing elements of the movie, namely the subtext offered by the doubles, so even if these questions had good solutions, they would still be frustrating.

Although it’s been said that the doubles don’t have souls, I don’t believe that everyone’s evil side is the only explanation. Instead, the darkness is what we decide to ignore. It involves more than just inverses. It’s not like sociopaths stroll the tunnels with well-rounded individuals. Why then must it be uniform? Because the realisation that our sense of uniqueness is a fabrication and that our cruelty is unremarkable is far more horrifying. Additionally, if the doubles lack a soul, they are unable to understand individuality. They are still attached to us, though. Although they don’t receive any of the advantages of our uniqueness, their activities are connected to ours in some way (although, this is not explained, and any explanation would likely be insufficient). It’s hard to blame them for being a little stabby because they lead depressing, hollow lives.

You can also read about this in numerous social media sources. The doubles don’t appear to create anything, and no one appears to be dependent on their labour, thus it doesn’t seem to actually function as a metaphor for slavery or indentured servitude. I instead find a similarity in the way we let our dark sides through. We maintain civil and courteous interactions with others. However, we act out in our anonymity (remember the uniformity that strips the doubles of all uniqueness). We are also growing much more at ease with expressing hatred and violence and allowing that darkness bring us together, just as the doubles rise and join hands across America (if you disagree, please check out any Internet comments section ever).

Some people will focus on the “how” of Us, but the “why” is much more compelling. Furthermore, even while we can criticise Peele for what he does, we shouldn’t overlook what he is already accomplishing. If he chooses not to paint inverse personalities for the doubles, then we should look at why he chose to make them basically uniform with very small variances. In Us, our dark sides are not a fully realized totality. Instead, they are a powerful but tiny portion of who we are. If we let them out and run amok, the terror sets in. 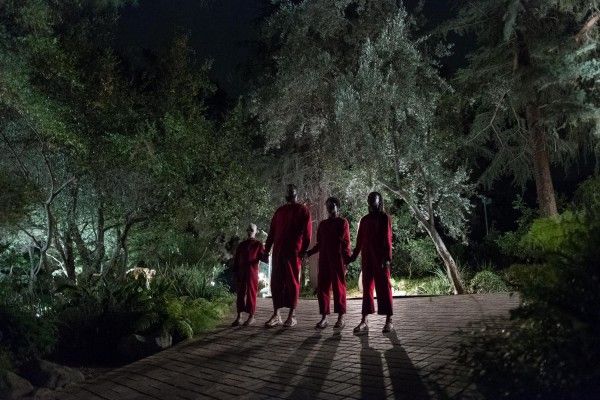