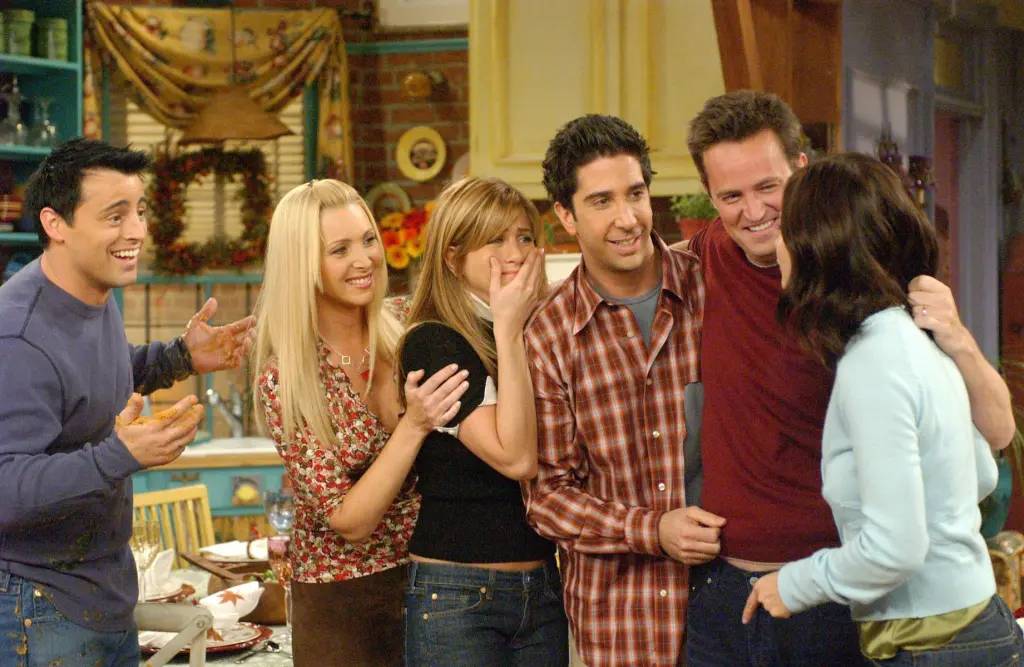 ‘Friends’ is one of the most popular sitcoms of all time, and it continues to be so even today. The series, created by David Crane and Marta Kauffman, follows the lives of six young New York City friends as they navigate the highs and lows of life together. Jennifer Aniston, Courteney Cox, Lisa Kudrow, Matt LeBlanc, Matthew Perry, and David Schwimmer are well-known due to their roles in the program.

The show’s witty moments, characters, theme song, life lessons, and even sets have been ingrained in the hearts of its fans. If you’re a first-time watcher or a die-hard fan who can’t go a day without watching an episode, you’re probably seeking for information on how to watch the show online. If that’s the case, don’t worry; we’ve got you covered! You can watch ‘Friends’ online right here.

What is Friends About?

‘Friends’ follows six friends in their twenties as they travel through different stages of their life. Monica is a perfectionist cook who has had a bad love life. Joey and Chandler are her next-door neighbors. Joey is an aspiring actor, while Chandler works in the corporate world. Monica’s older brother, Ross, is Chandler’s college roommate and a divorced paleontologist. Monica’s former roommate is Phoebe.

Monica’s childhood best friend, Rachel, a spoiled affluent woman who is financially reliant on her father, shows up on her doorstep yearning for a fresh start and financial independence. The trio develops a strong friendship as the story unfolds, and they experience numerous difficulties and tribulations, from heartbreaks to failures, that life throws at them.

Is Friends On Netflix?

‘Friends’ is no longer accessible on Netflix in the United States. Until January 1, 2020, when it was removed off the platform, the series was one of the most popular shows on the platform. However, customers outside of the United States may still be able to watch the series on Netflix (in selective countries). Netflix has a range of equally amusing sitcoms to offer, including ‘Community,’ ‘New Girl,’ and ‘Man With a Plan,’ among others. Friends is however available on Netflix in 20 other countries including India.

Is Friends On Amazon Prime?

‘Friends’ isn’t one of the titles included in your basic Amazon Prime membership. You’ll have to buy the show on-demand to view it on the platform. Go here to purchase the episodes. Users with HBO Max may also be able to watch it on Amazon Prime if they have added it to their subscription.

Is Friends On Hulu?

‘Friends’ is now unavailable on Hulu. If you’re looking for something similar, ‘Brooklyn Nine-Nine,’ ‘Seinfeld,’ and ‘Cheers’ are among the better possibilities available through the program. HBO Max subscribers might be able to watch ‘Friends’ on the service.

Is Friends On HBO Max?

‘Friends’ is available to stream on HBO Max and is available to all HBO Max subscribers at no additional cost. On the streaming site, users can also watch ‘Friends: The Reunion,’ which reunites the cast members for a retrospective special.

Where to Watch Friends Online?

How to Stream Friends For Free?

The only option to see ‘Friends’ right now is to subscribe to HBO Max and watch it on the VOD services stated above. As a result, there is currently no way to watch the show for free. We also strongly recommend that you pay for the entertainment you want to consume, and that you do it legally.

‘P-Valley’ Season 2 Releasing Soon | Trailer, Cast And Everything You Need To Know