The name of Kylie Jenner’s baby boy might be getting closer to being revealed.

The 25-year-old makeup mogul revealed that the name of her 9-month-old son, whom she has with rapper Travis Scott, is “still Wolf” in the season 2 finale of The Kardashians.

The founder of Kylie Cosmetics announced on her Instagram Stories that her son would no longer go by the name of Wolf one month after Jenner and Scott welcomed their baby boy.

In a confessional on Thursday’s Kardashians episode, Jenner said, “This year has been really changing for me.” I’m eager to spend time with my children and really focus on my work since there are so many fantastic things coming up.

“The name of my infant is still Wolf; when I change it, I’ll let you know. Maybe in season 3 I’ll tell you guys “She continued, giving the camera a wink. 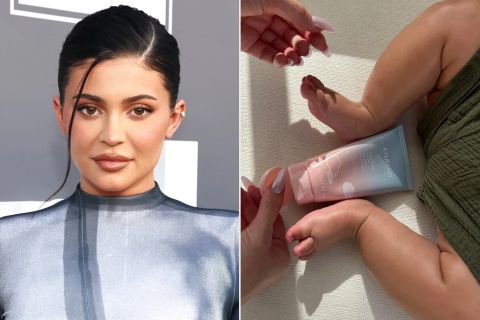 During a September appearance on The Late Late Show, Jenner, who also has a 4-year-old daughter named Stormi with Scott, expressed a similar viewpoint and stated that they “haven’t officially legally changed the name.”

“He is still known as Wolf. Although Wolf appears on his passport, that won’t be his name. We are simply waiting “Jenner said.

Although her son’s name hasn’t been changed officially yet, the mother of two added, “We don’t call him Wolf,” to which host James Corden, 44, replied, “Well, what do you call him?” 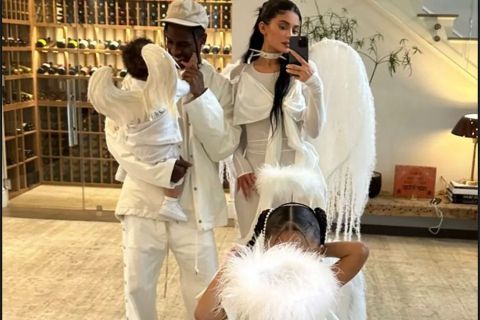 You’re aware of… Jenner joked with the late-night show after making a cryptic comment “That’s not a nice name, I guess. He cannot be addressed as “You Know.””

Then Jenner said, “We’re just not ready to share yet,” adding that the name has been decided upon.

The day after her daughter Kylie Jenner’s fourth birthday, on February 2, Jenner gave birth to her baby boy, making Stormi a big sister.

The former member of the Kardashian family from Keeping Up With the Kardashians shared a black-and-white photo of the baby’s hand with the caption, ” 2/2/22,” to announce the birth of her son.