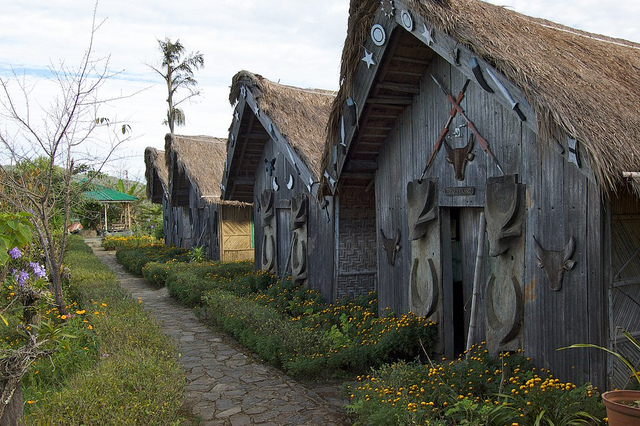 Though an Inner Line Permit(ILP) is a technical-sounding term it is a very useful travel document issued by the Indian Government. Using it, you can enjoy places that are deemed ‘protected’ owing to the fact that these places are in states that are rather close to the nation’s international borders. In the case of tourists, the ILP is issued so that you can travel and stay inside protected areas for a limited period of time. ILPs with longer tenures are also issued for those who want to move to a protected place for long-term employment etc. And the thing is, many of these protected places are not just considered sensitive for national security but are also incredibly beautiful, making it worth it for the tourist to get a permit so that s/he can visit. Here, we list some of the best among them:

Nagaland offers plenty of safe and beautiful places for the enjoyment of discerning tourists. Sharing borders with Assam, Arunachal Pradesh, Burma, and Manipur Nagaland is a land blessed with brilliant valleys and a mountainous terrain that makes it a favorite for adventure sports enthusiasts. Check out some of the coolest places in the state:

You’ll find the conveniences of modern civilization co-existing with amazing symbols from yesteryears in Dimapur. One of the places in Nagaland with strong commercial activities, the Kachari ruins, a Handloom and Handi crafts Emporium and the Dimapur Zoological Park are some of the attractions that await you here.

Phek is an unalloyed presentation of natural vibrancy as must be construed from attractions such as the picturesque Khezhanango Valley and the Glory Peak.

The capital of Nagaland, Kohima is also one of the most-visited places in the state. And for good reasons- what with the Dzukou Valley, Heritage Museum and Crafts Centre, the amazing Shilloi Lake, a WW2 cemetery and the likes making the place naturally and culturally unique.

Wokha has its share of goosebumps-inducing attractions, thanks largely to the landscaping skills of Mother Nature. The results of nature’s skills are quite evident in the Mount Tiyi, the Doyang and Chubi rivers as also in the Totsu Wozhu lake.

One other thing you should know about is that beautiful as Kohima, Dimapur, Phek and Wokha are, they still form just the tip of the iceberg as far as places that require a permit to visit in Nagaland go.

Arunachal Pradesh is closeted with borders that it share with Tibet on the north, Burma on the east, and Bhutan on the west. This makes it mandatory to have an ILP while you visit many places in the state-including these beauties:

Declared as a World Heritage Site, Ziro-also called the Apatani Plateau, is made beautiful with pine bamboo groves and the charming Talley Valley. There’s a fish farm and also a wildlife sanctuary for animal lovers.

Located about 10,000 feet above the Main Sea Level, Tawang is a beautiful part of the word flanked by lakes and which is also home to the country’s largest monastery, Tawang Monastery.

With a host of attractions like the Sessa Orchid Sanctuary, the majestic Dirang Valley where you get a picture of how actually ‘mountainous’ mountains can be and the Mopmbila Monsatery- Bombila presents an invitation that’s tough to deny.

The Ita Fort- a throwback to the age when the Jitari Dynasty was at the height of its power, the Gekar Sinyi lake which flows through landscape that’s blessed with unadulterated and primeval nature, the Itanagar wildlife sanctuary and the charming hill-station of Rupa are some of the things that make Ita Nagar such an ideal place to enjoy a waking dream.

The above-mentioned are not the only places in Arunachal Pradesh which you can visit using an Inner-Line Permit, but they are the shiniest of gems to be found in the state.

One of the best places to experience the culture of North East India, thanks to the fact that indigenous tribes are still present in the state, Mizoram shares borders with Bangladesh and Myanmar. It is also the second least populated state in India but with a rich presence of natural beauty-whether those two factors are related to each other is for you to judge. Especially after visiting these lovely places:

Called the “Home of Highlanders” Aizawl gives you some of the most stunning mountain views you can enjoy with a relative presence of civilization in the vicinity. The hard-to-resist destinations in Aizawl include the Durtlang Hills, Tamdil Lake and Bung.

When was the last time your eyes fell on a rock that resembles a bridge? If the answer is “never,” change that to “When I visited Lunglei” by checking out Mizoram’s second largest city. Lunglei which is named after the just-mentioned rock is a nature-lover’s dream. As for major tourist attractions the Nghashih Stream, Serkawn, and the Khawnglung Wildlife Sanctuary are at the top of the list.

The town that’s home to Mizoram’s most stunning waterfall- the Vantawng Falls and the famous Chiingpui Thlan. Chiingpui Thlan is  a monument erected in the memory of a beautiful woman who was kidnapped and killed during the Civil War (between 1877 and 1880), Serchhip is a small but ‘highly’ placed town- both literally and figuratively for the tourist.

Even as many of the places in the North of India continue to face insurgent problems and terror-attacks from across the border, the allure that the naturally beautiful states remain hard to resist for the rest of the nation, as well as the world. A testimony to the enduring power, and necessity of the beauty that’s nature in its relatively untrammeled form.