With the conclusion of Season 1 of “Andor,” we have seen Cassian Andor (Diego Luna) move from being an intergalactic robber to a galactic revolutionary. It has been an engaging journey made possible by performances and directing that have won over both critics and fans. On Rotten Tomatoes, the first season presently has a 93 percent “Certified Fresh” rating.

Unfortunately, we already know that we will have to wait a while to see Cassian’s next development and the other events leading up to “Rogue One.” The most recent information indicates that Season 2 won’t debut until 2024, though it is unclear exactly when that would be. Numerous members of the Season 1 cast and characters, including Cassian, Luthen (Stellan Skarsgrd), Bix (Adria Arjona), Saw Gerrera (Forest Whittaker), and Syril Karn (Kyle Soller), among others, are confirmed to return.

Beyond that, the plot’s specifics are, as is to be expected, kept under wraps. But “Andor’s” creator and executive producer Tony Gilroy has acknowledged that things are starting to move a little bit faster. In an interview with Collider, he discussed the Season 2 debut “After what you just witnessed, a year will have passed. In the meanwhile, a lot has transpired.” 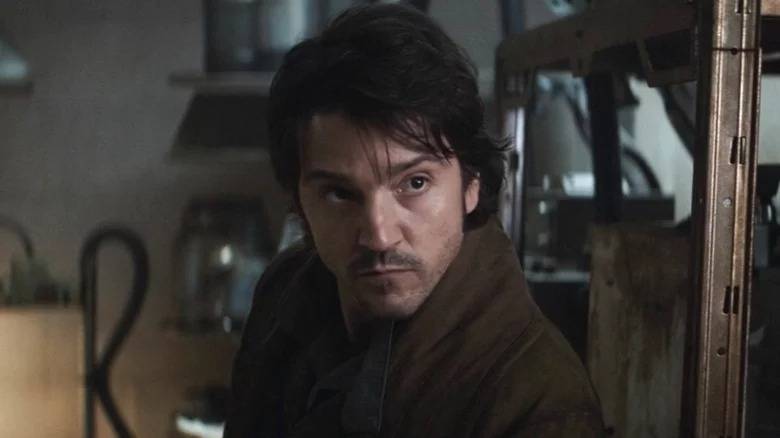 Showrunner Tony Gilroy of Lucasfilm/Disney+ has previously stated that “Andor” was supposed to be a two-season series (via Deadline). This suggests that even with a full year passing after the conclusion of Season 1, there was still a lot of ground to cover in Season 2 if the show is intended to cover a full five years in Cassian Andor’s arc and the first season only covered a series of events that lasted maybe a few months.

According to the Collider report, each three episodes of Season 2 will cover about a year. The plots that directly lead to the confrontation between the Galactic Empire and the Rebel Alliance, and ultimately the events of “Rogue One,” will be depicted if that season ends up being twelve episodes long like Season 1. This will give us an overview of each character’s storyline over the course of about four years. This essentially guarantees that the final season would include many of the fan-anticipated developments, such as the reprogramming of K-2SO and the completion of the Death Star. While waiting, you can now watch the full first season of “Andor” on Disney+. Additionally, broadcast and cable will get it.