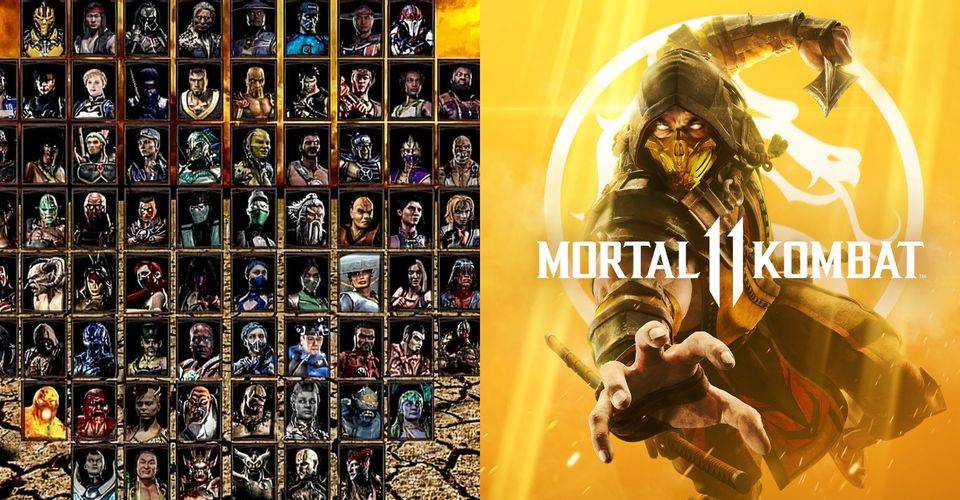 Few video game franchises have maintained the longevity and dominance over a single genre like Mortal Kombat has. The franchise has spawned a number of popular games, including several that have become acclaimed within the fighting genre, on everything from arcade machines to next-gen platforms.

While popular review site Metacritic is obviously unable to compile reports on every single Mortal Kombat game due to their arcade releases, there are still critical reviews of the majority of the main games and remakes across the various consoles; some of which performed exceptionally well on the site’s metric (a score out of 100). 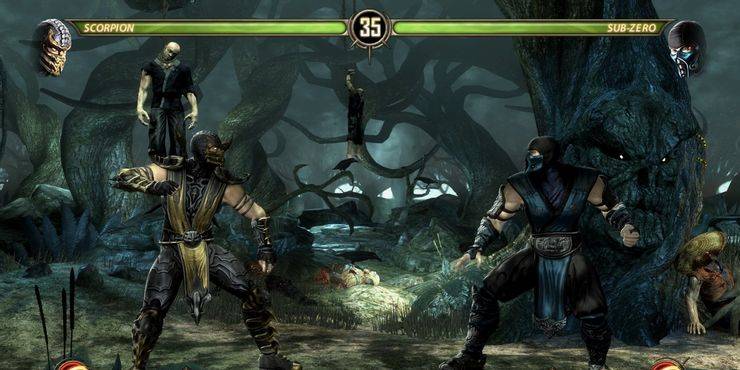 In terms of the 2011 game, Mortal Kombat received significantly more positive fan reviews than its two sequels, as well as far more critical reviews, putting it ahead of the two most recent entries.

Mortal Kombat as a whole is a retcon to the first three Mortal Kombat storylines, as Raiden attempts to reverse the conclusion of Armageddon by contacting his previous self, five years after the final canonical main entry in the franchise. The game received an 86/100 rating from 66 reviews, indicating that it was an excellent reboot for the franchise. 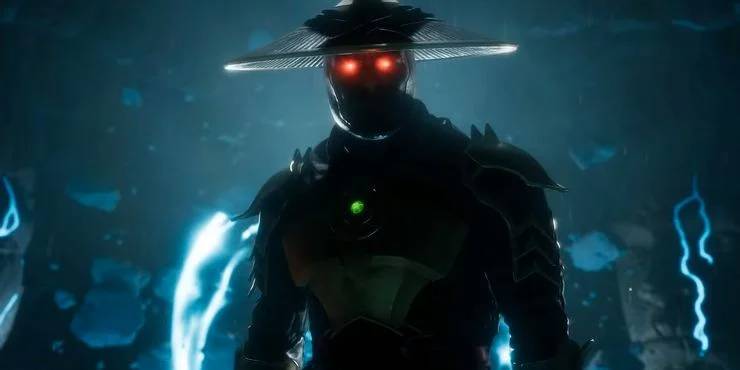 Despite receiving negative reviews from fans, the latest installment in the franchise had a high critic score on the site.
With the introduction of Kronika, the Keeper of Temporal, who seeks to restore time balance following the events of the previous game, this game includes a new plot that is frequently perplexing but entertaining. Despite complaints of microtransactions, the game received an overall score of 86/100 from 26 critics. 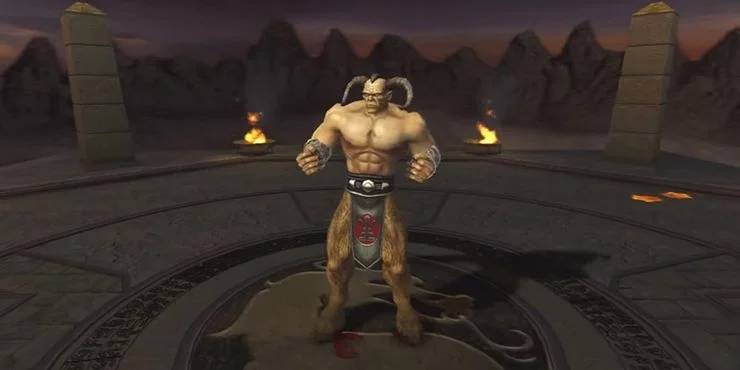 Armageddon, the franchise’s seventh core game, boasts a tremendous lineup as well as numerous features and game modes, not all of which were universally praised.

The Kreate-a-Fatality and Kreate-a-Fighter modes were widely panned. Nonetheless, the Konquest mode and the aforementioned character list received a lot of attention in what was yet another great installment in the genre. The XBOX version of the game received a 77/100 rating based on 23 user reviews. 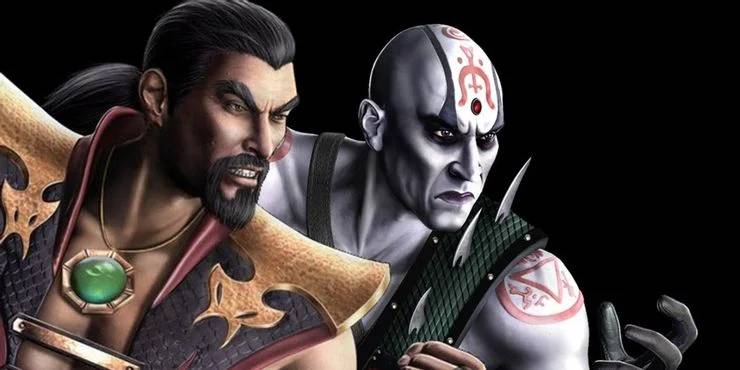 Since Mortal Kombat II, Deadly Alliance has been regarded as the greatest of the Mortal Kombat franchise, offering several advancements to the gameplay and being a more fluid, well-crafted video game.

It was the first original game produced only for home consoles, and it centers on Quan Chi and Shang Tsung’s deadly alliance as they strive to rule over Outworld. The game also features two franchise stalwarts, Krypt and Konquest, which helped the game receive an 81/100 rating from 27 critic reviews. 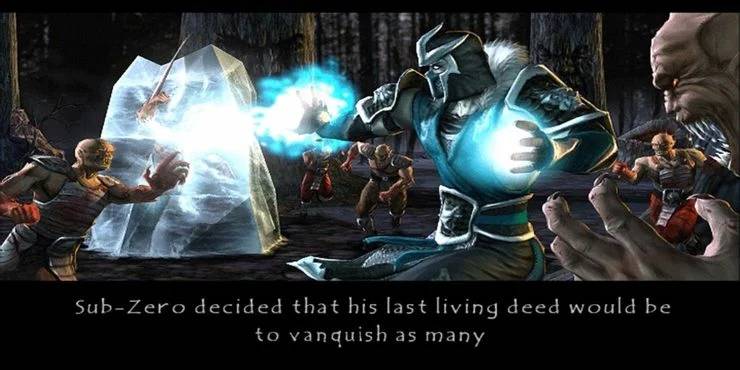 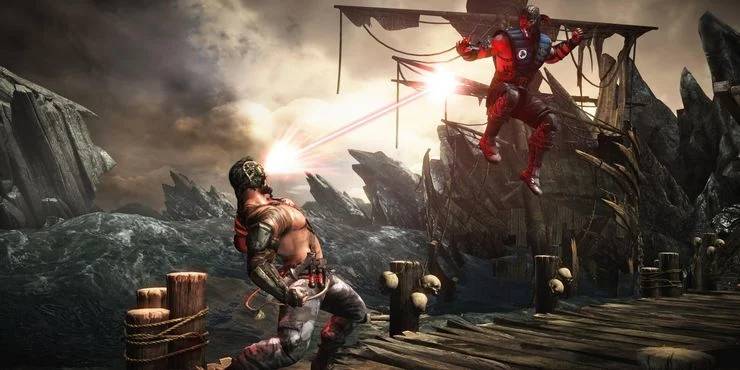 Mortal Kombat X was released four years before the most recent installment and was the first game in the brand to be released in the new platform era, which contributed to its success.

Mortal Kombat X has a strong story starring Shinnock and some excellent graphics and gameplay on the new platforms, which were fluid and fantastic to look at as a successor to the 2011 game. A host of new characters were introduced to the character pool, adding to the game’s appeal; all of this and more were factors in the game’s 86/100 rating from 21 reviewers. 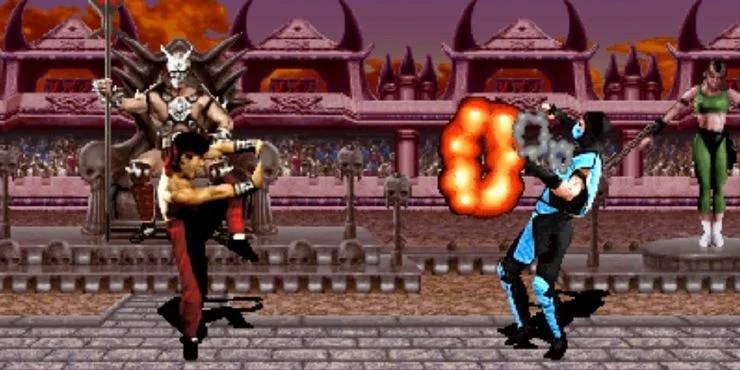 Given that it only has 5 critic reviews, it may be unfair to include this remake on the list. However, being a console version of one of the most popular fighting games, it earned its spot.

Of course, the game does not provide the same raw, real experience as the arcade game; but, this is as good as it gets in terms of playing that game over the internet or on a more modern system, with the PS3 version receiving a 72 rating. 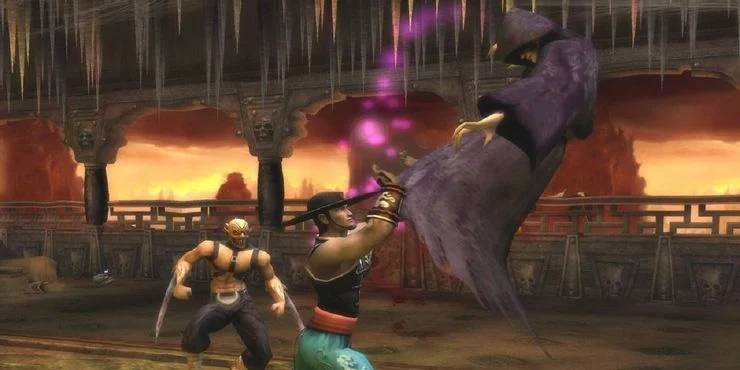 Shaolin Monks, a spin-off version outside of the mainline of games and the ninth overall, was released the year before, with the game being a canon plot set between the first two Mortal Kombat titles.

Shaolin Monks is an adventure beat-em-up game that follows Lui Kang and Kung Lao as they try to stop Shang Tsung from gaining control of Earthrealm. Despite not being the typical one-on-one fight game found in most Mortal Kombat games, it received a strong 77/100 rating from 37 critics. 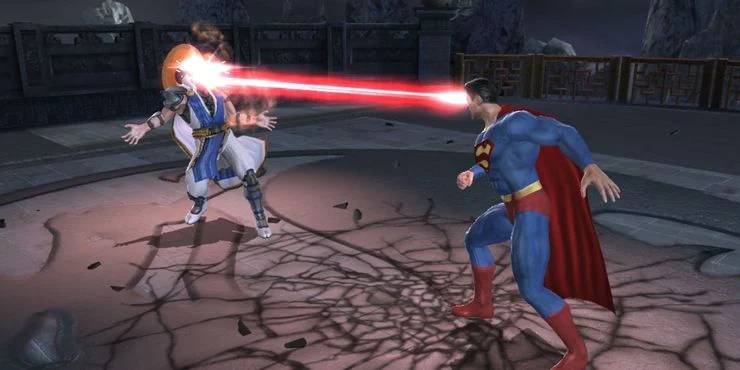 Mortal Kombat vs. DC Universe, a unique crossover that serves as a response to the Marvel Vs. Capcom titles, is both bizarre and enjoyable, despite its limitations.

With its roster of DC characters, it manages to keep a lot of the Mortal Kombat atmosphere, but it lacks some of the guts and gore that fans expect. Nonetheless, it is entertaining, earning a 77/100 rating from 44 critics. 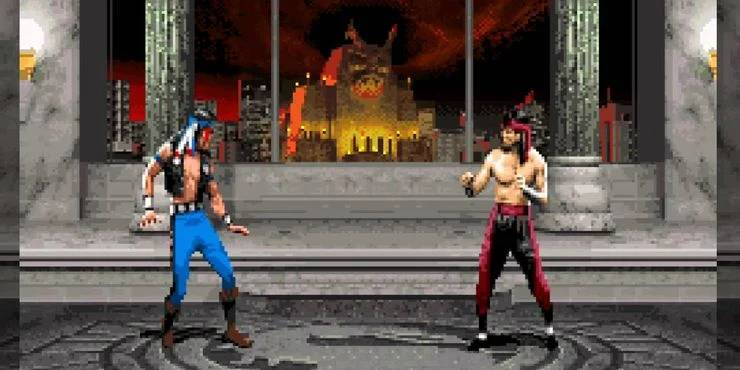 It’s a fantastic handheld version of the original, with the same character roster as the arcade game. The addition of Puzzle Kombat only helps the game, which has earned positive reviews from 26 critics on Metacritic.

The action and combat in the games were lauded for their detail, and the game is just another pleasant play for franchise fans, earning it the same score as Deadly Alliance, with 53 reviews.