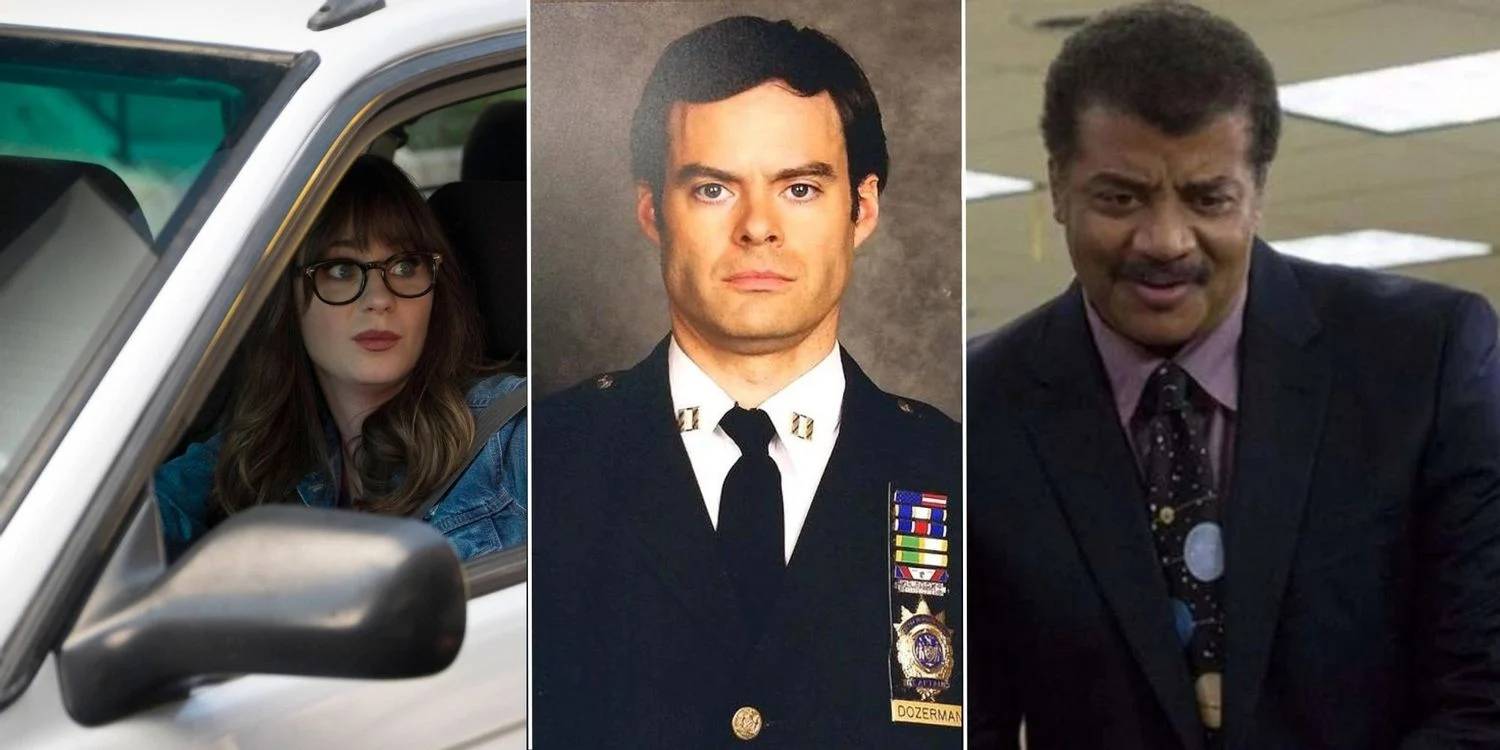 Brooklyn Nine-rollicking Nine’s story of a quirky team of police officers solving crimes in New York City has gifted audiences some of the greatest wise-cracking one-liners and heartfelt portrayals of comradeship in television history, from petty crooks to perilous covert missions. The sitcom also includes one of the first culturally diverse casts to appear on television without succumbing to preconceptions and tropes.

Although it was sad to see the famous crime comedy come to an end in 2021 with Season 8, several celebrities have graced the 99th precinct’s presence and entertained audiences with their unique characters. Hulu has Brooklyn Nine-Nine available for streaming. 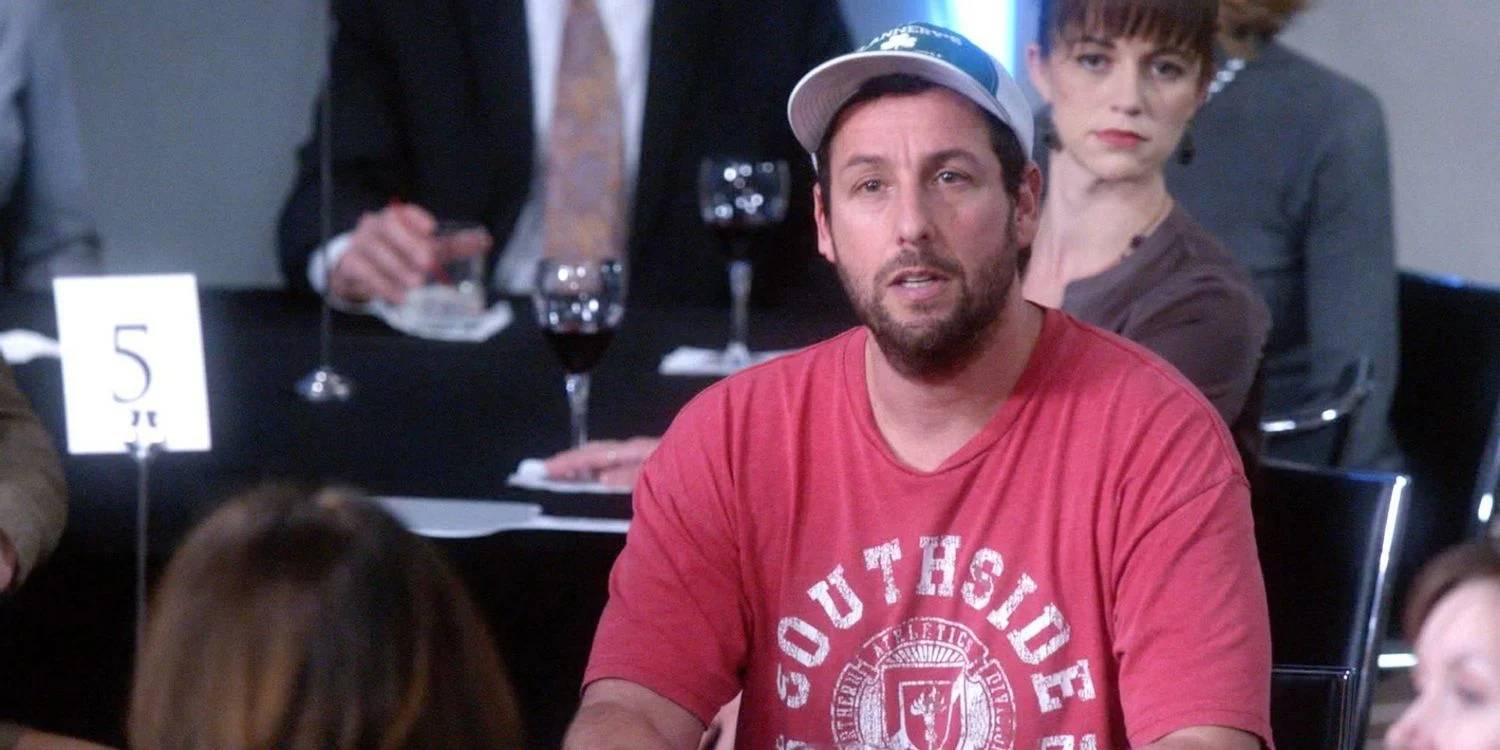 Adam Sandler plays the “Sandman” himself in Season 1, Episode 15 (“Operation: Broken Feather”), when he arrives as a guest at an antique auction where Jake Peralta (Andy Samberg) is undercover. Apart from his animosity for the detective, Sandler casually mentions that his frequent colleague Kevin James will play Leon Trotsky in his upcoming film about the Russian Revolution.
Sandler played Samberg’s father in the 2012 comedy That’s My Boy, in addition to being a fellow Saturday Night Live veteran. 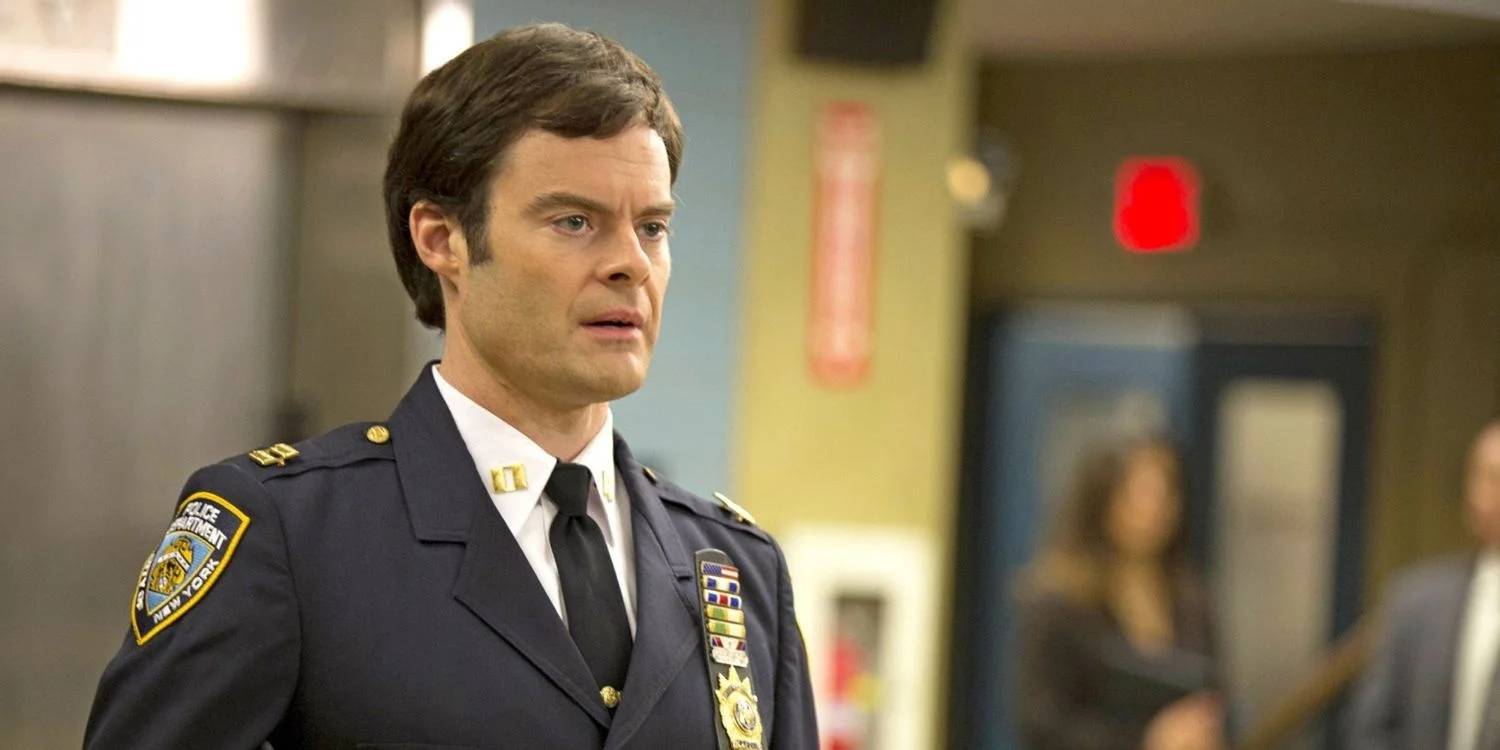 Bill Hader’s Seth Dozerman was appointed as the 99th precinct’s new captain when Captain Holt was promoted to the head of public relations. Dozerman, like Holt, enjoys efficiency, but unlike Holt, his fixation with duties drives the entire team insane.

Hader’s cameo only lasts one episode in Season 3’s premiere (“New Captain”), when his character dies of a heart attack while watching Jake and Amy Santiago (Melissa Fumero) kiss. In the following episode, Dorman’s burial is held, and his widow remains enraged that the detectives were responsible for the captain’s early death.

When J.K.Simmons Is Captain Holt’s Friend 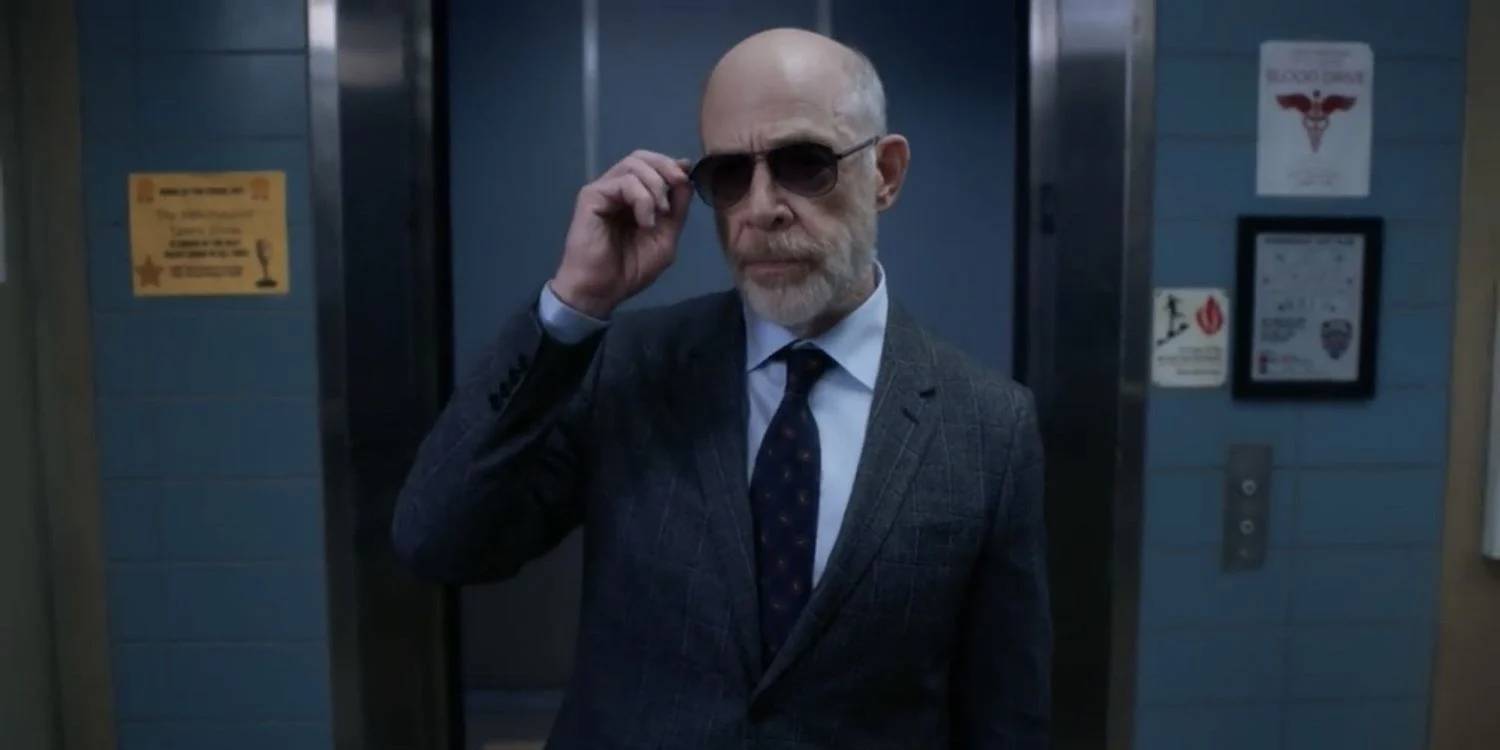 In the part of Frank Dillman, Academy Award winner J.K. Simmons shows off his acting skills. Former investigator with the New York and San Francisco police departments, now employed at Yarn Barn. Dillman is approached by Captain Holt in Season 7, Episode 9 (“Dillman”) to investigate an unspecified prank on Jake. Dillman is praised by Captain Holt as one of the best investigators he’s ever worked with. Nonetheless, his detective talents are surpassed by Detective Charles Boyle (Joe Lo Truglio), who eventually discovers the true perpetrator.

When Marshawn Lynch Is A Witness Of A Prisoner Breakout 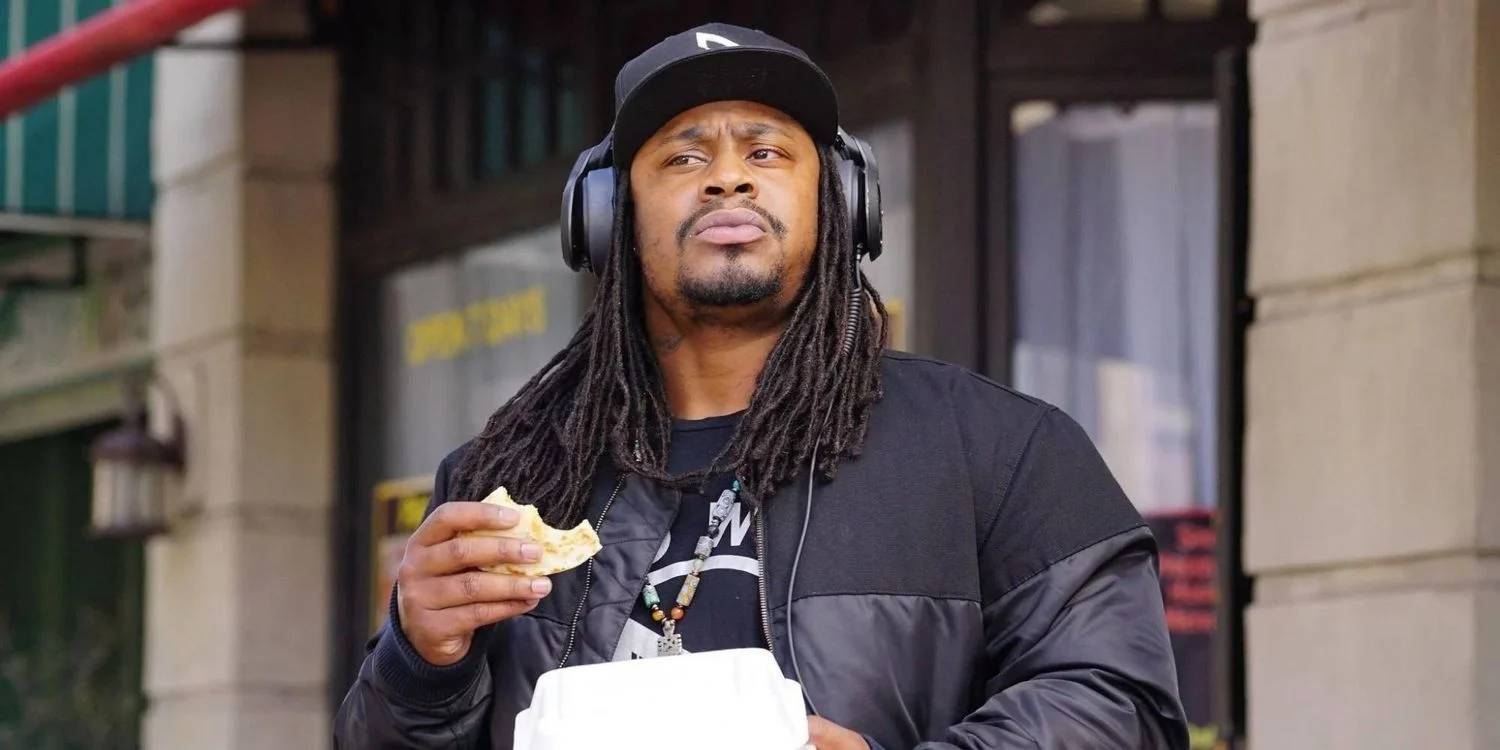 Marshawn Lynch is an NFL American football player who appears in Season 4, Episode 11 as a spoof version of himself (“The Fugitive Part 1”). Lynch’s dislike of talking to the media is playfully interwoven into the episode’s plotline, which surprises both sports and sitcom fans.

He is taken in for questioning by the 99th precinct as the solitary witness of a police van disaster that prompts all inmates to flee. When Lynch keeps deflecting from the real questions, the team is certain to fail. The NFL player seemed to be focused with his quesadillas and capturing Santa Claus.

When Maya Rudolph Talks About Her Needs 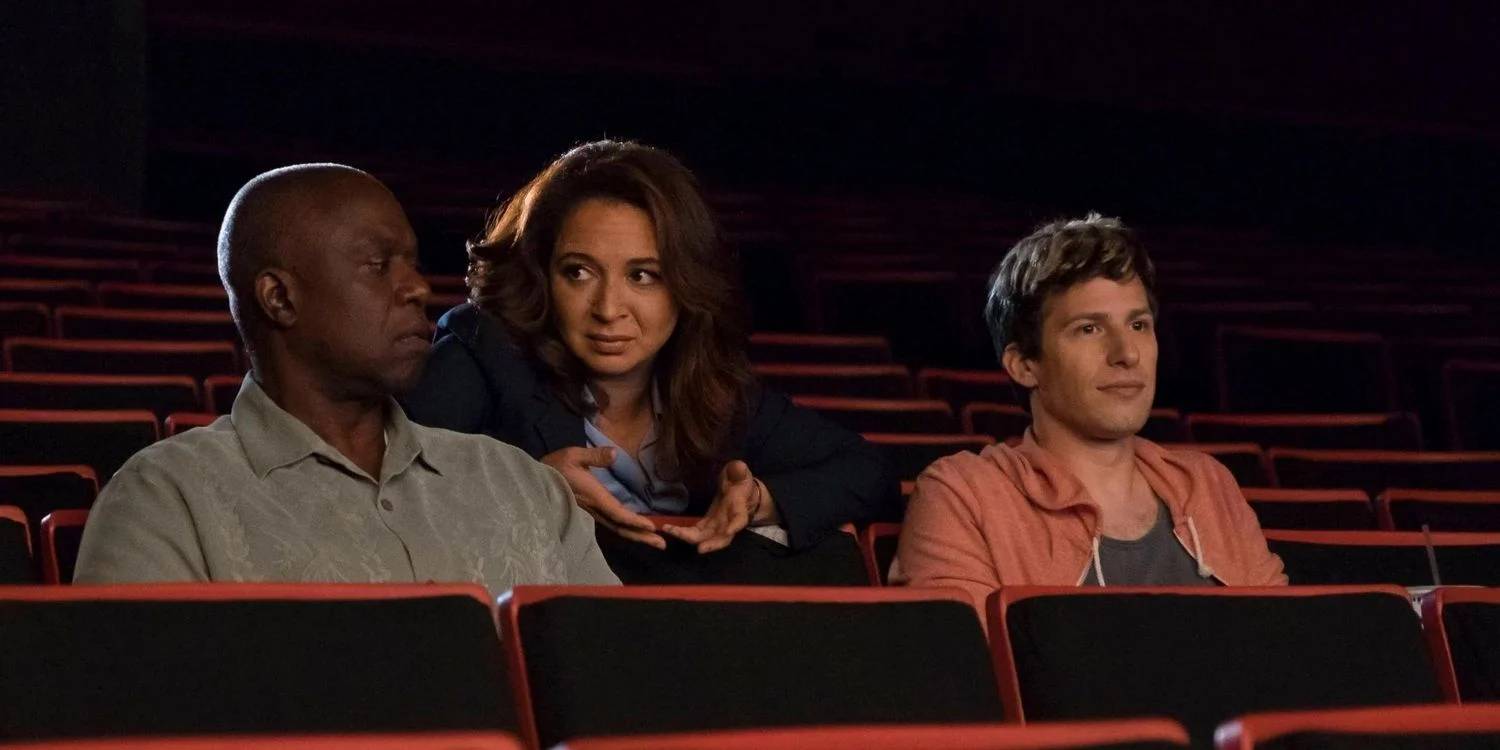 Jake and Captain Holt modify their lives inside the Witness Protection Program in the Season 4 premiere, with the mysterious Karen Haas (Maya Rudolph) serving as their only link to their old identities.

She fulfills her main responsibilities by giving the men information about their main source, Jimmy “The Butcher” Figgis. When she consults the trio for help on her heated affair with a much younger man, she sometimes blurs the line between her professional and personal responsibilities. 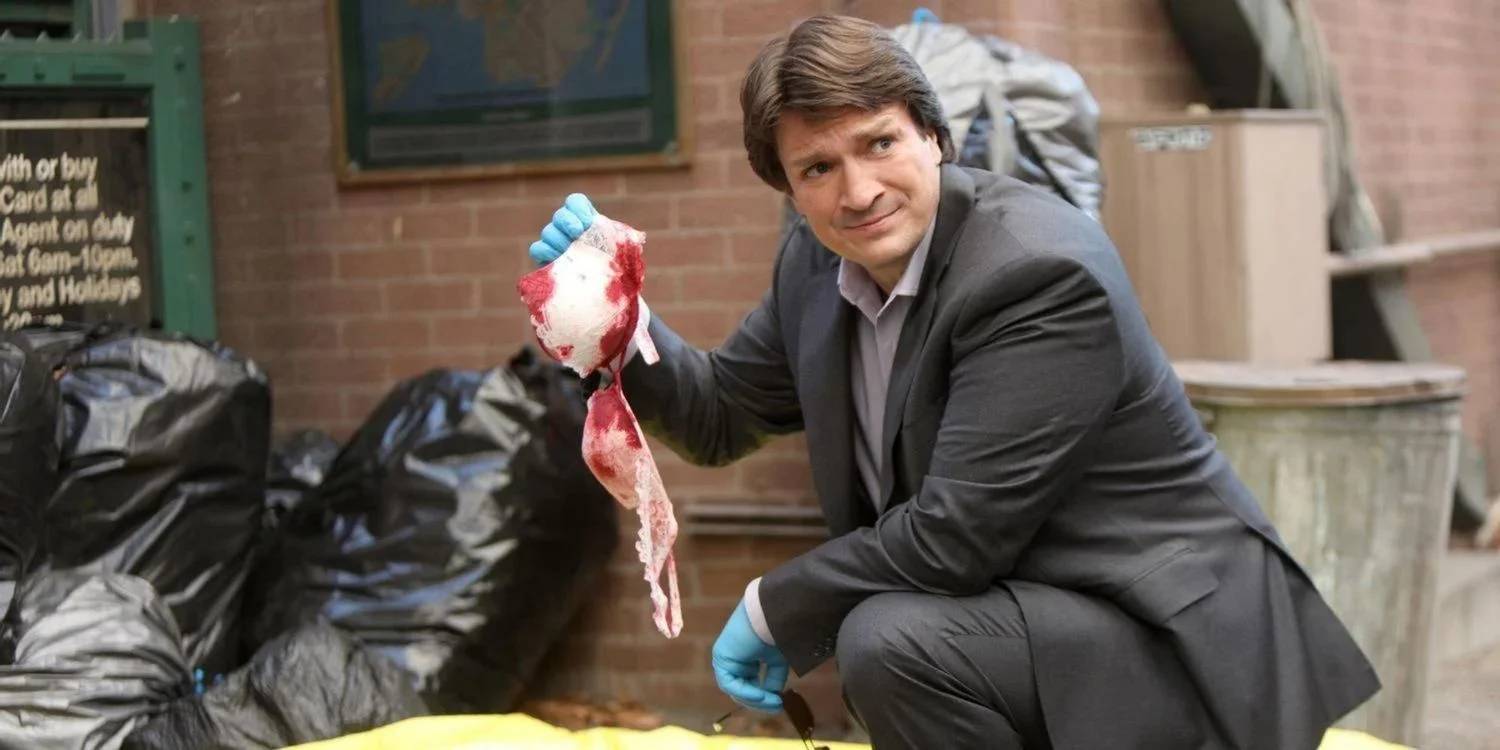 In Season 4, Episode 14, Jake and Rosa come encounter Mark Devereaux (Nathan Fillion), one of the show’s stars, while investigating a burglary case on the set of their favorite detective TV show “Serve & Protect” (“Serve & Protect”).

Devereaux, who plays Detective Cole Tracker in “Serve & Protect,” feels obligated to assist the investigators with their investigation, given his years of criminal experience. Ironically, the Firefly star is discovered to be the genuine criminal by the 99th precinct investigators.

When Neil deGrasse Tyson Helps Gina With Her Astronomy 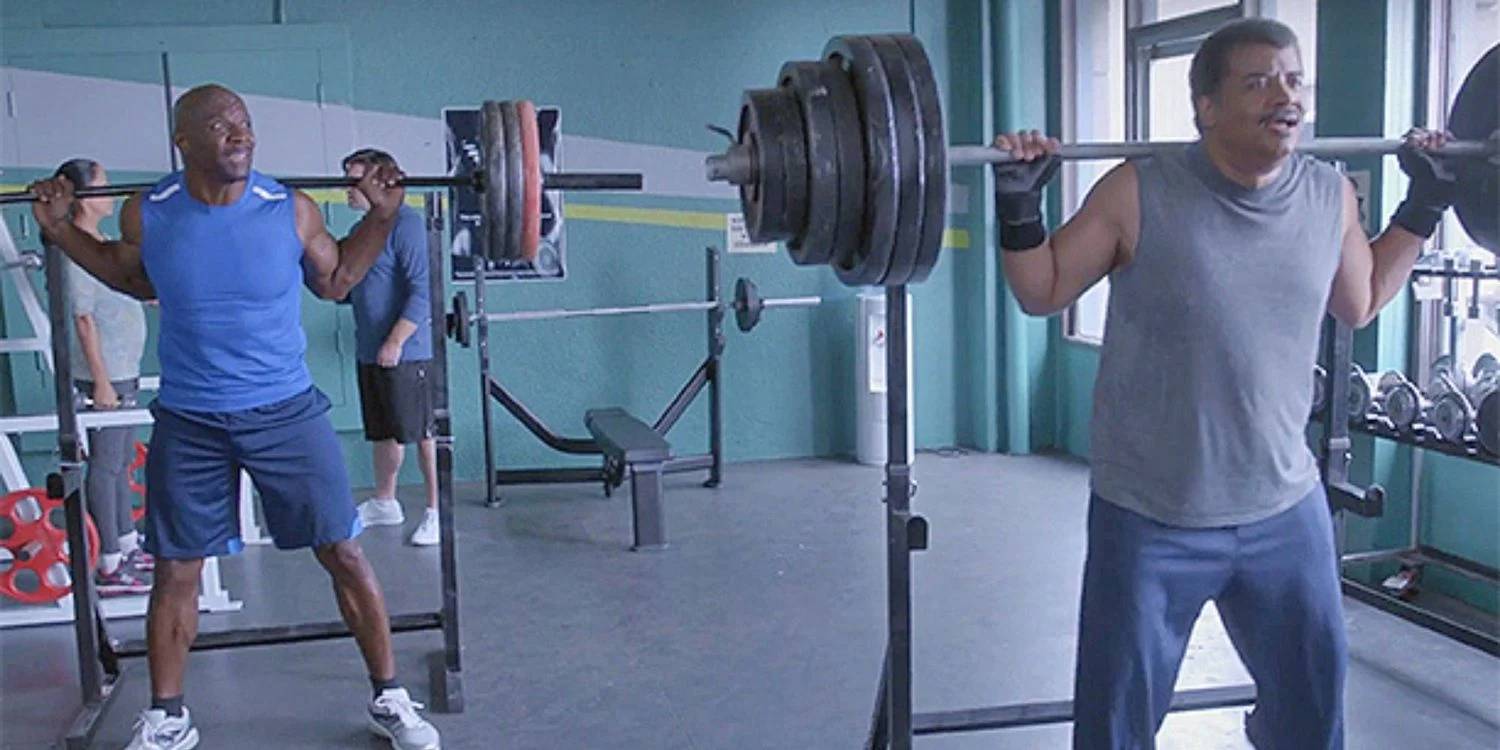 Gina is prepared for her big test in Season 3, Episode 9 (“The Swedes”), when Lieutenant Terry Jeffords (Terry Crews) offers her some extra help from none other than Neil deGrasse Tyson himself, an astronomy specialist. The Director of the Hayden Planetarium, as well as Jefford’s workout partner, makes a brief cameo.

The fact that Gina knows nothing about the infamous astrophysicist or the fact that Tyson wins Jeffords in bench-pressing without a hitch are both unexpected to the audience.

When Oscar Nunez Retires From The Office 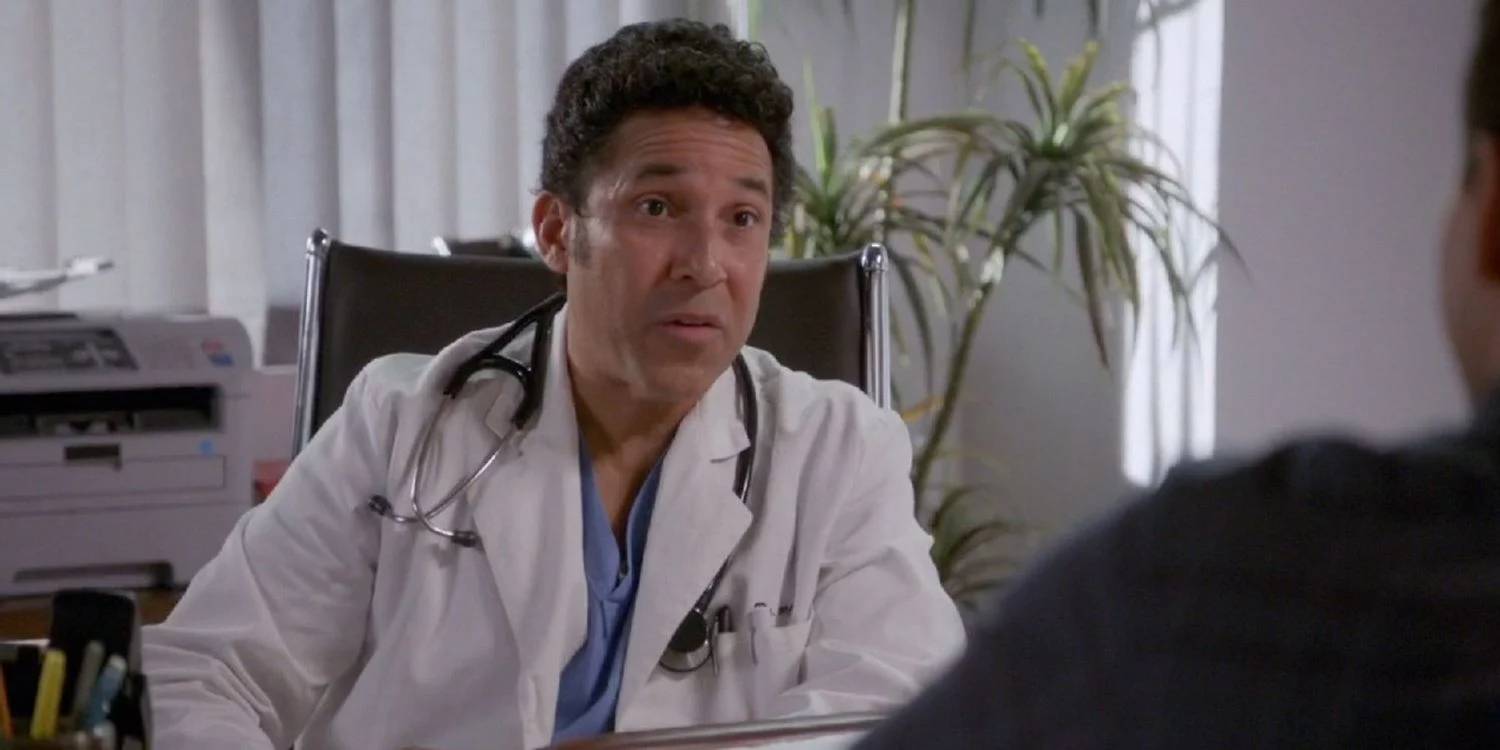 Oscar Nunez, best known for his role as Oscar Martinez on NBC’s The Office, has left his accountant job and assumed the persona of Dr. Porp.

Dr. Porp is the doctor who diagnoses Jake and Captain Raymond Holt (Andre Braugher) with mumps in Season 3, Episode 12 (“9 Days”). Although Jake’s cameo as “Dr. Bad-News-Doctor” is brief, it excites fans of two of television’s most iconic sitcoms.

When Pete Davidson Might Become A Junior Police Officer 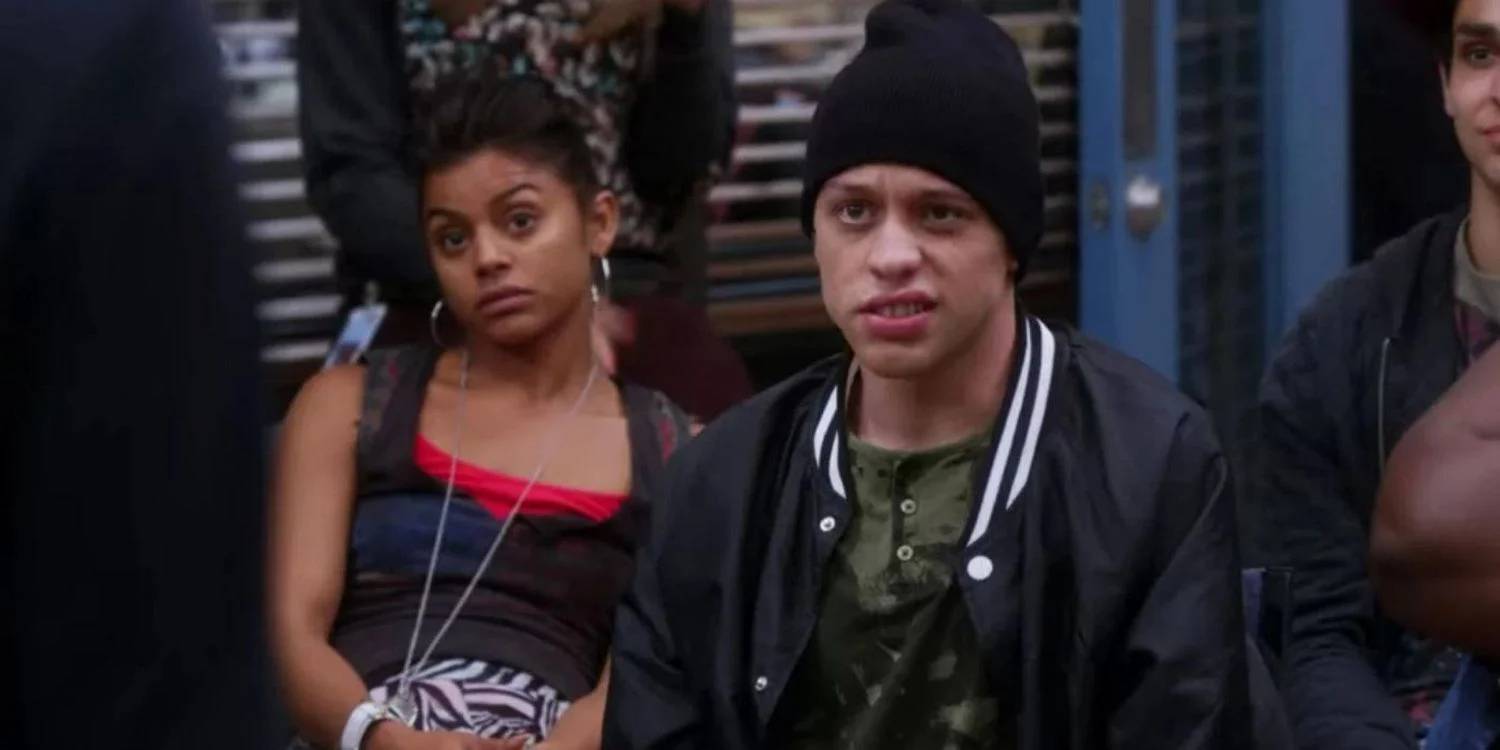 Pete Davidson makes a brief but noteworthy guest appearance as an at-risk adolescent in the role of Steven. He enters the Junior Policeman Program in Season 1, Episode 3 (“The Slump”), but gives both program coordinators, Amy and Rosa Diaz (Stephanie Beatriz), a hard time.

As a final resort, the investigators turn to Captain Holt’s acerbic personal assistant Gina Linetti (Chelsea Pertti) who prepares a remix video of Rosa and starts laughing at her with the rest. 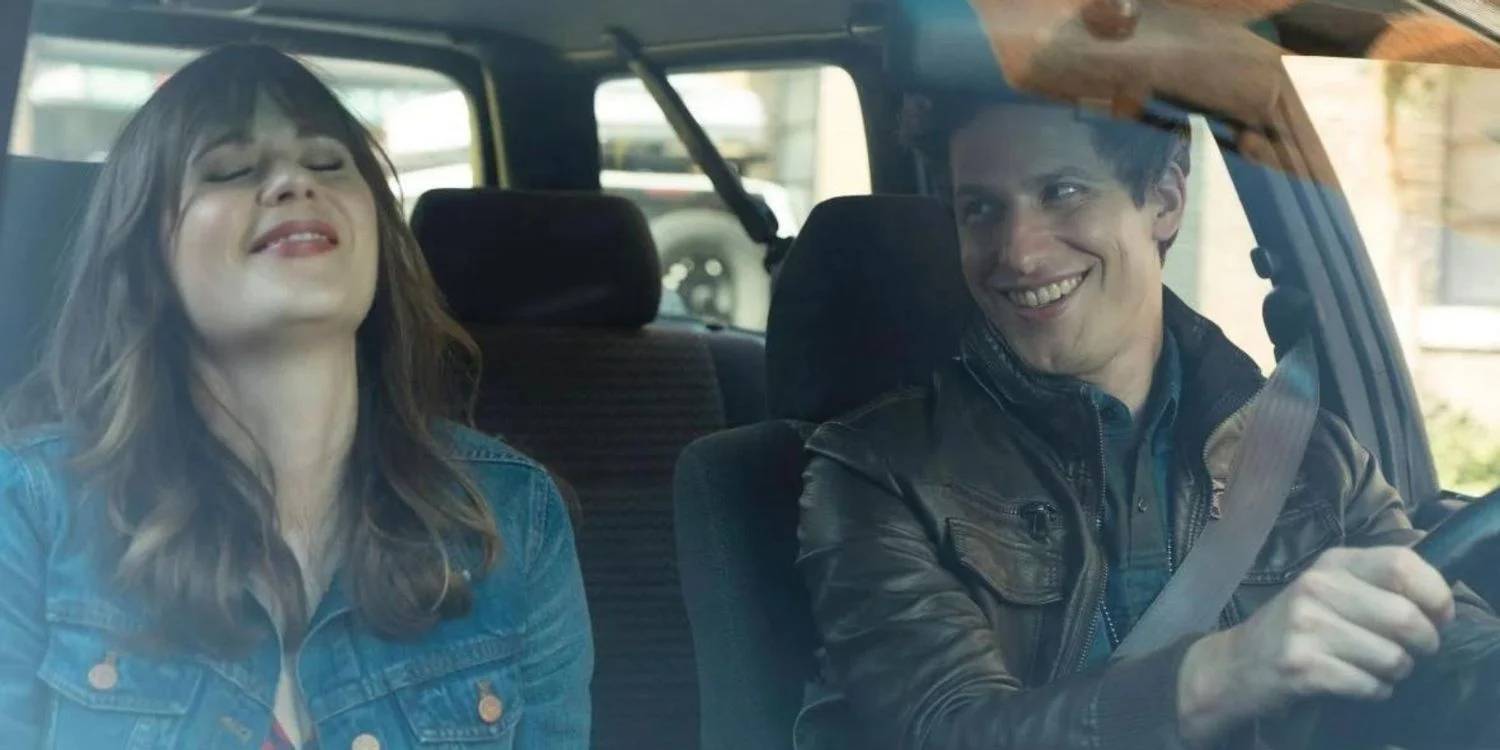 Season 4, Episode 4 (“The Night Shift”) kicks off a two-part TV crossover between Brooklyn Nine-Nine and New Girl, teasing fans that the two shows share a universe.
Jake is struggling to track down the culprit for his first case when the 99th precinct team is shifted to the far less advantageous night shift when he runs into New Girl’s Jess Day (Zooey Deschanel), who decides to assist him with his criminal case. New Girl’s “Homecoming,” the fourth episode of Season 6, is the second part of the crossover.