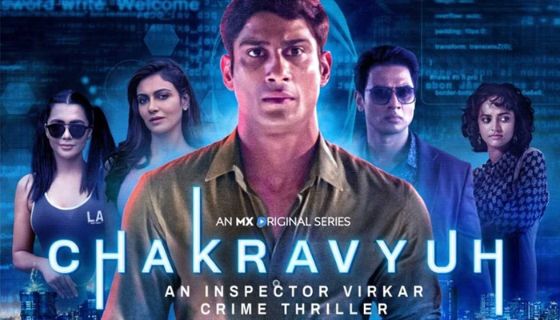 An Inspector Virkar Crime Thriller is a Hindi cyber crime web series that will be available on MX Player starting March 12th. The show is directed by Sajit Warrier, and the principal actors are Prateek Babbar and Simran Kaur Mundi. It’s also accessible in English, Tamil, Telugu, and a couple of other regional languages.

The action-plot show’s centres around the murders of young Mumbai girls. Furthermore, those girls were involved in some unusual scenarios in which their personal information was exposed on the internet. Then this gay person comes up to them and demands money. The girls are slain if they do not pay their dues. Inspector Virkar eventually takes on the case and attempts to solve it. But he falls into a trap that is far more sinister than he could have imagined.

The MX player is returning with a bang after smashing the hit Hello Mini Season 2. Chakravyuh is an interesting and engaging cyber-crime thriller. Then there’s Prateik Babbar, the multi-talented actor who roars as a cop. The event is made even more intense and dazzling by the powerful performances. The writing department is also praised for creating such captivating content. Overall, it’s a charming and interesting web series full of thrills, suspense, and drama.