Cocaine Bear, directed by Elizabeth Banks, depicts a violent, comedic tale that is based on a decades-old true story.

The real-life animal appeared to harm no one but itself after it reportedly came across drugs in Georgia in 1985, in contrast to the movie’s murderous bear running amok after accidentally ingesting a bag of cocaine and engaging in increasingly violent altercations with locals.

According to a Dec. 22, 1985, Associated Press article, authorities discovered a “ripped-up shipment” of cocaine that a smuggler had thrown out of a plane in a duffel bag. The remains of a black bear thought to have been dead for about four weeks were found close to the bag and the cocaine shipment.

The Georgia Bureau of Investigation told the AP at the time that “the bear got to it before we could, and he tore the duffel bag open, got him some cocaine, and [overdosed].”

The bear, which was reportedly over 150 lbs. in weight, was reduced to “nothing but bones and a big hide,” they continued. 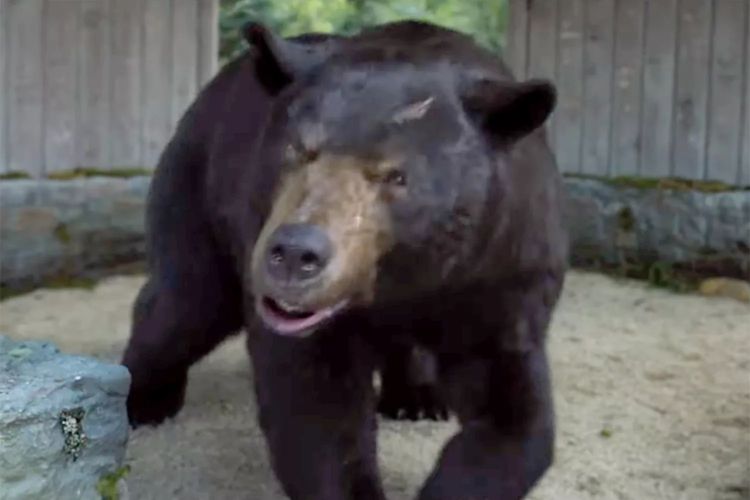 Near the Georgia-Tennessee border and about 80 miles north of Atlanta, in Fannin County, the bear’s remains were discovered. When investigators arrived on the scene, the duffel bag and 40 packages of cocaine were “ripped open and scattered over a hillside,” according to the AP.

The cocaine in the bags, which were worth more than $20 million in total, was consumed by the dead bear and possibly other animals, Georgia officials told reporters at the time.

Just a few weeks earlier in November, the AP reported that GBI agents had discovered about 75 lbs. of cocaine in duffel bags “less than 100 yards” from the scene of the bear’s demise.

The agents were looking for cocaine that had been dropped by Andrew Thornton, a former narcotics investigator for the state of Kentucky, who died while attempting to parachute while carrying 77 pounds of cocaine.

On September 11, 1985, Thornton, who The New York Times referred to as “a convicted drug smuggler,” died in a fall in Knoxville, Tennessee. About an hour later, an unmanned aircraft that was later determined to be Thornton’s crashed in North Carolina, according to the AP.

In a Kentucky mall, a stuffed replica of the alleged “Cocaine Bear” is on display.

A post shared by The Fun Mall : KY for KY (@kyforkyfunmall)

The actress said, “[The movie is] an opportunity to cut through a little noise.” “Just the title! With Universal, I was clear. I insisted that they make sure we could use the title in the United States. If you’re going to tell me this movie is going to be called Bear in the Woods, I don’t want to be the director.