What an exciting time to be a “Daisy Jones & the Six” fan! When Reese Witherspoon’s media business, Hello Sunshine, purchased the rights to the Taylor Jenkins Reid book for a limited series on Amazon Prime Video in July 2018 before it had reached the shelves, she made an official announcement that she would be extending her book-to-TV dominance.

A fictional rock band is followed through their ascent to stardom and impending dissolution in the 1970s. Music lovers must read the intricate structure, which takes them on a “Behind the Music”-style journey down memory lane.

Fans of “Daisy Jones & the Six” who are concerned about the calibre of the upcoming adaptation can first find solace in the knowledge that Witherspoon’s Hello Sunshine also brought critically acclaimed book-to-TV adaptations like “Big Little Lies” to HBO Max, “Little Fires Everywhere” to Hulu, and “From Scratch” to Netflix. “Where the Crawdads Sing,” a film, was produced by Hello Sunshine.

Second, the first teaser trailer for the program, which debuted on December 6, provides viewers a thrilling glimpse of Riley Keough as Daisy and Sam Claflin as Billy Dunne getting ready to perform in front of a large crowd who are shouting Daisy’s name.

Keep reading for everything we know about “Daisy Jones & the Six”! 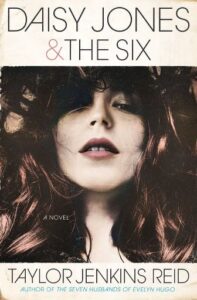 “Daisy Jones & the Six” ($10, originally $17) charts the remarkable ascent to prominence of the same-named band in the 1970s rock music scene. The primary character, Daisy Jones, transitions from a band groupie in the vein of Penny Lane to the lead singer of an established band, and yes, drama does indeed occur. The intricate and multi-layered plot offers an intriguing glimpse into the worlds of sex, drugs, and rock and roll while also evoking the memories of illustrious real-life bands like Fleetwood Mac.

“Daisy Jones & the Six” not only has a compelling, easy-to-read plot but also unique songs written by the author herself. According to THR, Amazon “will distribute original music from the series.” 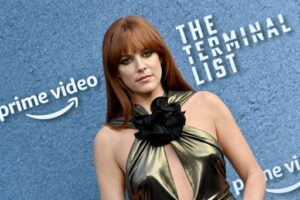 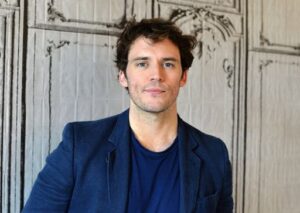 According to Deadline, the limited series on Prime Video will debut on March 3rd.

Who Wrote “Daisy Jones & the Six”? 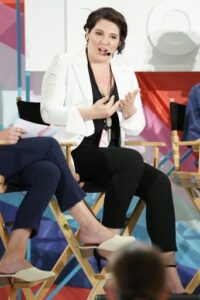 The documentary-style novel was written by Taylor Jenkins Reid, the author of “The Seven Husbands of Evelyn Hugo.” Reid will be listed as a producer on the adapted Amazon series.