According to Forbes magazine, she was “the world’s youngest self-made female billionaire.” The “next Steve Jobs,” according to Inc, a different business publication that featured her on its cover.

Elizabeth Holmes, who was 30 years old at the time, was king of the world in 2014. She was a Stanford University dropout who established a $9 billion (£6.5 billion) enterprise that was meant to revolutionise disease diagnosis.

Theranos claimed that its Edison test, which only required a few drops of blood, could instantly identify diseases like diabetes and cancer without the inconvenience of using needles. On the board were prominent figures like James Mattis, a military, and Henry Kissinger.

But by 2015, the cracks were beginning to show, and a year later, Holmes was shown to be a fraud. The technology she praised was completely useless, and by 2018, the business she formed had failed.

She was found guilty in January on four counts of fraud in California, each of which carries a potential 20-year prison term.

Four other accusations were dropped against her, and the jury was unable to make a decision on three further offences. A new trial was not granted to Holmes, who had pleaded not guilty to all of the allegations.

She received an 11-year, 3-month prison term on Friday. 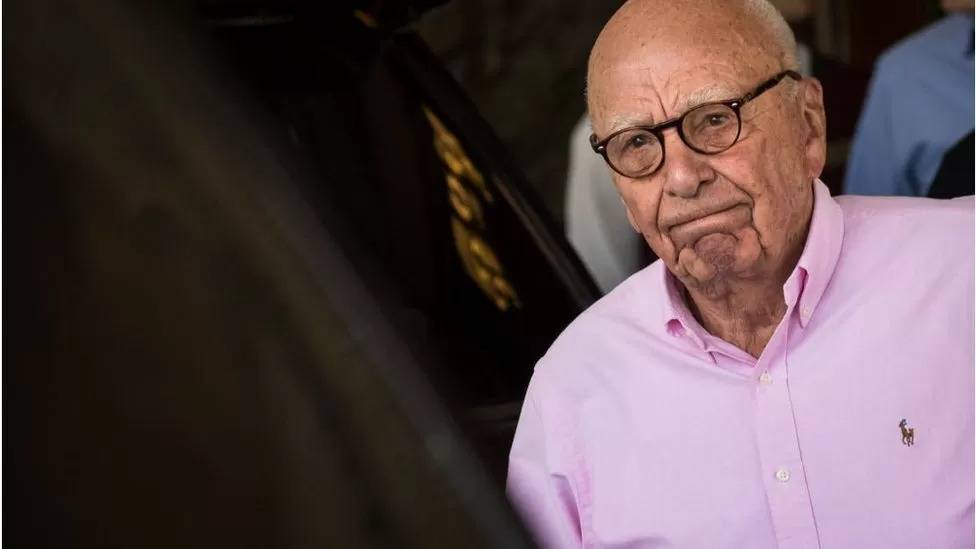 Rupert Murdoch, a media billionaire, lost the £120 million he had invested in Theranos.
Ramesh “Sunny” Balwani, Holmes’ ex-boyfriend and business partner, was accused by Holmes during the trial of sexual and emotional abuse that affected her mental condition at the time of the alleged crimes.

Balwani, 56, who was charged with the identical fraud offences, was found guilty in July and will be punished the following month. He had described the allegations as outrageous.

Even though Holmes’ actions have been the focus of a book, HBO documentary, TV show, impending movie, and more, it is still unknown why she took such a risk with a piece of technology she was aware didn’t work.

She was raised in a comfortably wealthy family in Washington, DC, and was remembered by those who knew her as a pleasant but reserved little girl.

Richard Fuisz, an 81-year-old businessman and inventor, hypothesised that Holmes must have been under tremendous pressure to be successful. Years of living next door to the Holmes family caused him and his family to become estranged after Theranos sued him over a patent dispute in 2011. (it was later settled).

Although Holmes’ parents worked as bureaucrats on Capitol Hill for a large portion of their careers, he claimed that “they were tremendously concerned in status” and “lived for connections.” The family was very aware of its ancestry because her father’s great-great-grandfather developed Fleischmann’s Yeast, which revolutionised the American bread industry, according to him.

In a letter to her father when she was nine years old, the young Elizabeth stated that she “truly wanted[ed] out of life is to discover something new, something that mankind didn’t know was possible to do.”

She developed the concept for a patch that could check the wearer for illnesses and release antibiotics as necessary when she first arrived at Stanford University in 2002 to study chemical engineering. 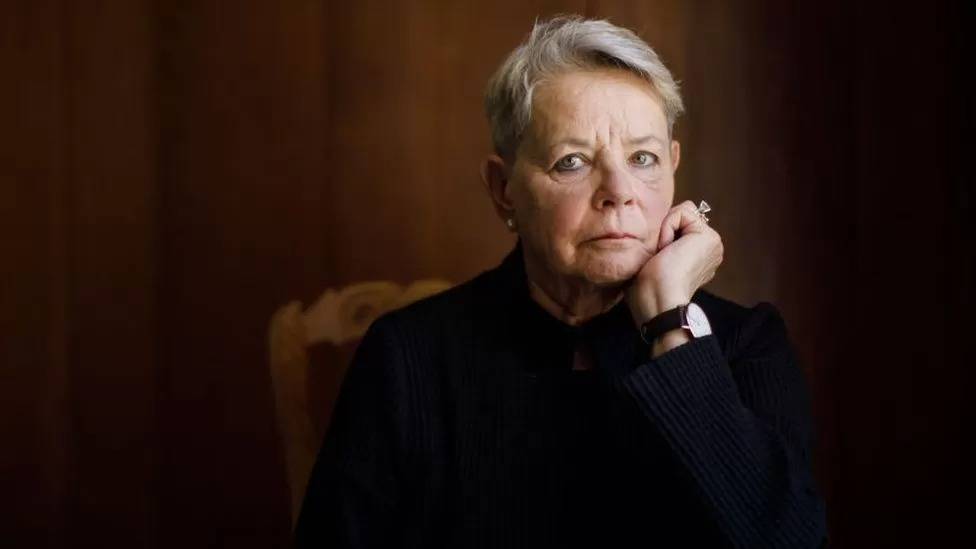 Dr. Phyllis Gardner warned Holmes that her plan would not work in the image’s caption.
She showed an obstinacy at the age of 18 that would reportedly persist and motivate the business she would create the following year.

Clinical pharmacology specialist Phyllis Gardner at Stanford remembers talking to Holmes about her skin-patch idea and telling her it “wouldn’t work.”

The BBC was told by Dr. Gardner that “she just gazed through me.”

“She also exuded an unwavering confidence in her own genius. It upset me that she wasn’t interested in my knowledge.”

Later, at the age of 19, Holmes left Stanford and founded Theranos, developing what seemed to be a revolutionary method of testing blood from a straightforward finger prick.

Despite not having access to audited financial statements, influential people were captivated and invested.

Her supporters included US Treasury Secretary George Schultz, media mogul Rupert Murdoch, and the Waltons, the wealthiest family in the country.

Her credibility was enhanced by the backing and her demeanour.

Dr. Jeffrey Flier, the former dean of Harvard Medical School, visited her for lunch in 2015 and remarked, “I knew she’d got this wonderful notion and that she had managed to convince all these investors and scientists.”

Dr. Flier, who never formally evaluated her technology, continued, “She was self-assured, but when I asked her many questions about her technology she didn’t look like she understood.” “It seemed a little off, but I didn’t think it was a scam,” the author said. 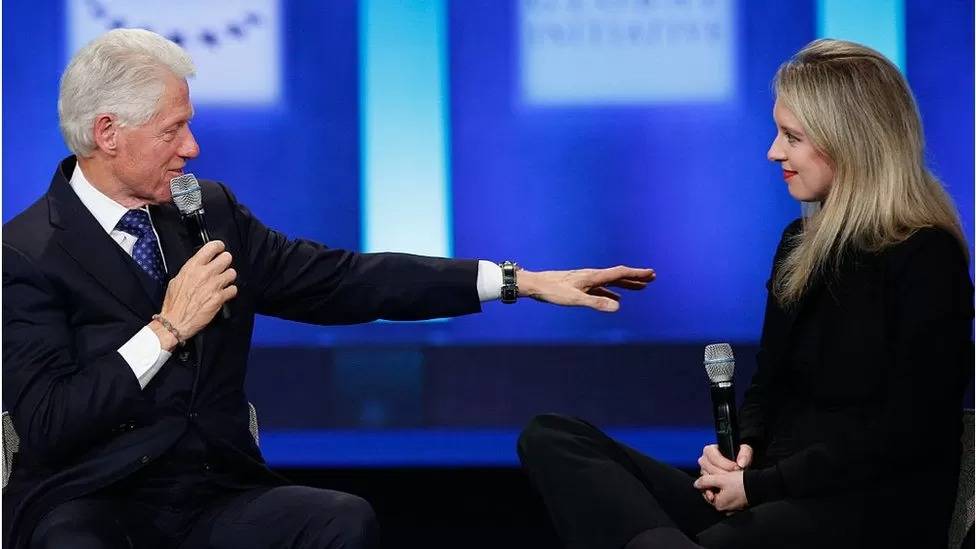 2015 performance on stage with former US President Bill Clinton. Dr. Flier invited Ms. Holmes to join the medical school’s Board of Fellows, which he regrets, even though she was dismissed when the issue erupted. At the time, Ms. Holmes was considered to be the youngest self-made female billionaire in the world.

When a whistleblower expressed concerns about Theranos’ flagship testing equipment, the Edison, in 2015, things started to fall apart. The Wall Street Journal published a series of stinging exposés alleging that the results were erroneous and that the company had conducted the majority of its testing on widely accessible equipment made by other manufacturers.

Numerous lawsuits were filed, partners broke off their relationships, and in 2016 US regulators barred Holmes from running a blood-testing business for two years.

Theranos was disbanded in 2018.

In March of that year, Holmes reached a civil settlement with financial regulators over allegations that she had defrauded investors out of $700 million.

However, Mr. Balwani and she were both taken into custody three months later on suspicion of conspiring to commit wire fraud.

She allegedly deliberately misled patients about the tests and greatly overstated the firm’s performance to financial investors, according to the prosecution.

Commentators noted that Holmes held fast to her original account as the Theranos case moved into trial, and others who knew her expressed scepticism that she had changed.

Since the trial, Holmes and his 27-year-old partner William “Billy” Evans, an heir to the Evans Hotel Group, have been residing in California. She is expecting their second kid, and the couple already has a boy born in July 2021.

Holmes’ attorneys had argued that because she posed no threat to society, she should not be sentenced to prison. More than 130 witnesses, including Senator Cory Booker, spoke in her favour.

However, the prosecution claimed that she was “blinded” by ambition and “would continue to put people in harm’s way” because of this.

They said in court documents that “She accepts no responsibility.” On the contrary, she is adamant that she is the victim.