Emancipation, Will Smith’s newest film, is now available! The Hollywood star had a very active year in 2022, and he is now capping it off with his most recent historical action movie, Emancipation.

You may watch Will Smith portray a real-life slave named Peter in the film Emancipation. Peter fled from a Louisiana plantation and enlisted in the Union army. For information on how to watch Will’s most recent film, Emancipation, continue reading. 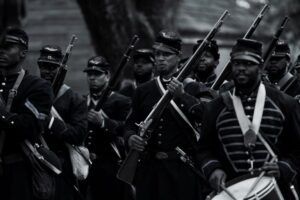 Here’s everything you need to know about ‘Emancipation’

The narrative of Peter (played by Will Smith), a man who escapes slavery and enlists in the Union army in the American Civil War, is told in the 1860s film Emancipation. It is based on a real incident.

The protagonist of this terrifying yet uplifting tale is Peter, who is attempting to gain his freedom. He must rely on his wits, trust, and love for his family while on his trip to find a route out of the Louisiana marshes. A short while later, pictures of his bare back, severely scourged by an overseer’s whippings, were released, which aided him in hastening the cultural transition away from slavery. 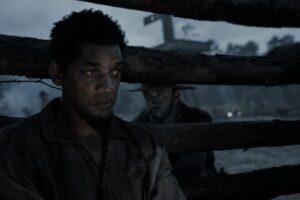 Who stars in the movie ‘Emancipation’?

Let us tell you that the cast of the movie Emancipation is fantastic. Will Smith plays Peter, the movie’s main character. It also stars Timothy Hutton as Senator John Lyons, Gilbert Owuor as Gordon, Mustafa Shakir as Andre Cailloux, Ben Foster as Fassel, Charmaine Bingwa as Dodienne, Steven Ogg as Sergeant Howard, and Mustafa Shakir as Andre Cailloux.

Along with these famous people, you may also see Grant Harvey as Leeds, Ronnie Gene Blevins as Harrington, Jabbar Lewis as Tomas, Michael Luwoye as John, Aaron Moten as Knowls, and Imani Pullum as Betsy in the motion picture Emancipation. 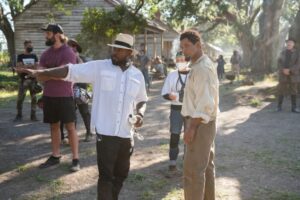 How to Watch ‘Emancipation’?

We are aware that a lot of you are eager to see Will Smith’s newest movie, Emancipation. The movie is now available to stream only on Apple TV+. You must subscribe to the streaming service if you wish to watch Apple Original TV episodes and movies. The monthly subscription fee for Apple TV+ is $6.99.

You can sign up for a seven-day free trial of Apple TV+ right here and see Will’s movie Emancipation if you don’t currently have a subscription. The Apple One package also comes with Apple TV+. 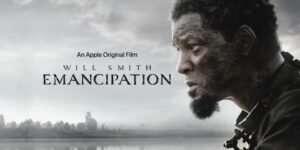 You only need to launch the Apple TV app on your smartphone and navigate to the Apple TV+ page in order to watch the movie Emancipation. The Apple TV+ is available on a variety of devices, including the iPhone, iPad, Apple TV set-top box, Mac, smart TVs, Amazon Fire Stick, Roku Stick, PlayStation 4, Xbox One, and Comcast Xfinity. Additionally, you can watch in a web browser at tv.apple.com if you have an Android phone.

What do you think of the historical action movie Emancipation starring Will Smith? Please share your opinions in the space provided below. Keep checking back with us for the most recent information from the entertainment industry.