In the HBO series House of the Dragon, Emma D’Arcy portrays one of the main characters. In the sixth episode of the first season of the show, they were introduced as an older version of Princess Rhaenyra Targaryen. Milly Alcock, who plays the part of the younger princess, was replaced by D’Arcy.

It is one of the most costly TV shows ever produced and is based on the 2018 novel Fire & Blood House of the Dragon by George R.R. Martin. The drama centres on the House Targaryen and its history and is set 200 years before the events in Game of Thrones.

Around 10 million people in the US alone watched the show’s premiere episode, “The Heirs of the Dragon,” which aired on August 21, 2022, making it HBO’s most watched programme ever.

But who is Emma D’Arcy, portraying the titular role in House of the Dragon?

Early life and career before HoD

D’Arcy attended the University of Oxford’s Ruskin School of Art after being born in Greater London in 1992. They performed in acclaimed productions of Mrs. Dalloway and Callisto: A Queer Epic at the Arcola Theatre, A Girl in School Uniform (Walks Into a Bar) at the West Yorkshire Playhouse, The Crucible at the Yard Theatre, and Against at the Almeida Theatre. They also played Romeo in Romeo and Juliet by the Oxford University Dramatic Society.

Their television debuts include Naomi Richards in the 2018 series Wanderlust, Sonia Richter in the 2019–2021 series Hanna, and Astrid in the 2018 British horror comedy Truth Seekers, to name a few (2020).

In the upcoming comedy Misbehaviour, which stars Keira Knightley, Greg Kinnear, and Daniel Tiplady, D’Arcy made his on-stage debut. In Mothering Sunday (2021), they were cast as Emma Hobday, partnering Olivia Colman and Colin Firth in the romantic post-World War I drama.

HBO published a clip in September 2022 that featured the British actor playing Rhaenyra in the Game of Thrones prequel.

Emma D’Arcy’s role in House of the Dragon 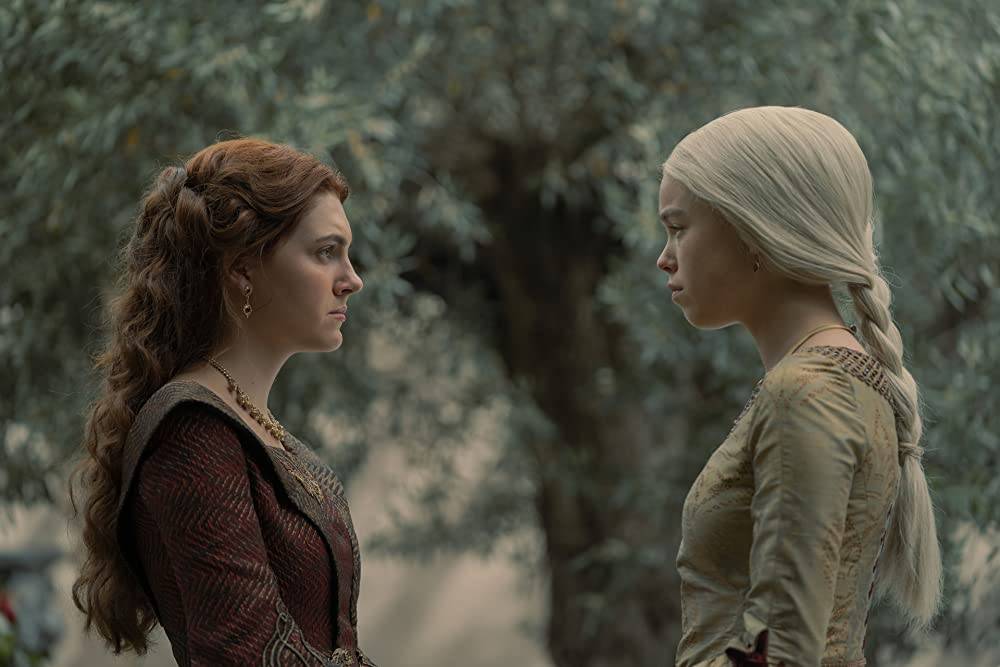 Alcock plays a young Rhaenyra in the first season of House of the Dragon and shines in the part up until the fifth episode.

The series’ sixth episode depicts a time jump from the youthful princess marrying Laenor Velaryon (Theo Nate) to a much older Rhaenyra after having a son with her husband, a mature Laenor played by John Macmillan. 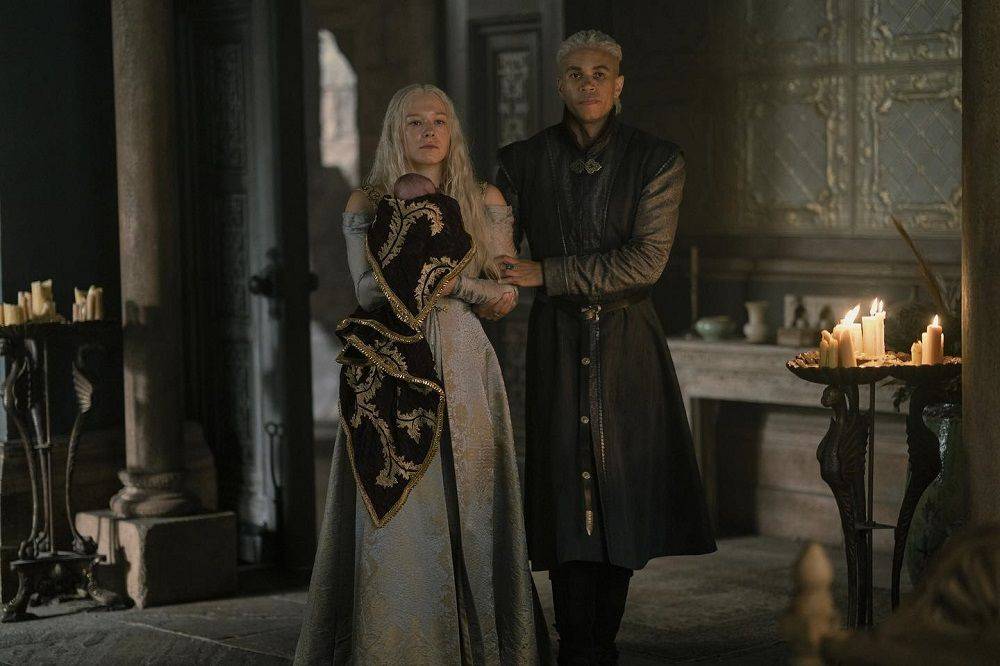 What does D’Arcy say about their role as Rhaenyra?

D’Arcy reveals, “Rhaenyra has a continuing struggle with what it means to be a woman and is fundamentally an outsider,” in an interview with The Hollywood Reporter. She is conscious of how her position would be different if she were a man and is scared of being forced into parenthood.

“I’m a nonbinary person,” they continued. I’ve always felt drawn and repulsed by male and feminine identity, and I believe that is accurately depicted here. She struggles to attend court in a way that comes naturally to others.

According to D’Arcy, who was quoted by The Indian Express, “She’s living numerous falsehoods at once, thinking she’s getting away with it, and in the end, no one’s buying it. When Viserys names her successor, it is understood that she would need to adapt, but she never gets that information, so earlier behaviours are suddenly met with an entirely new response.

“Her father is the subject of a kind of territorial struggle. She is unable to completely overcome her yearning to be a part of the family. The thing that currently binds her to King’s Landing and prevents her from leaving is the fear that Alicent would incite anger in her father. This fear is so strong that it sits on her, they continue.

Who is Rhaenyra Targaryen? 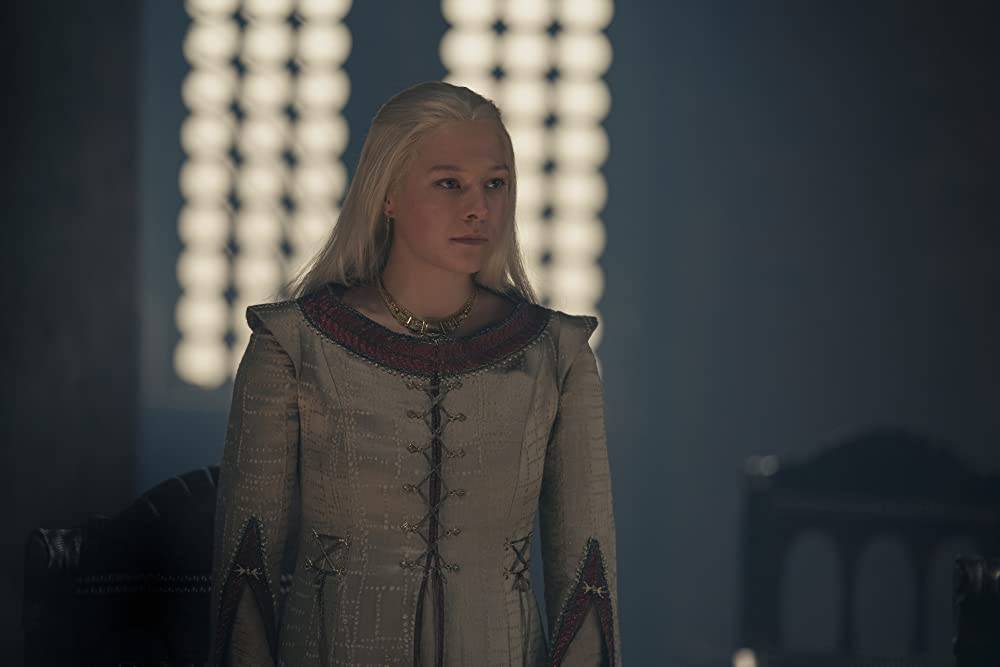 The princess, known as the successor to the Iron Throne and Princess of Dragonstone, is the offspring of King Viserys I Targaryen (Paddy Considine) and Queen Aemma (Sian Brooke).

According to an article on RadioTimes.com, Rhaenyra of House Targaryen is “The king’s first-born child. She is a dragon rider and has only pure Valyrian blood. Rhaenyra was born with everything, according to many, but she wasn’t born a man.

Viserys had a dream that seemed to portend civil war. Later, the realm raises concerns when Otto Hightower says that the first-born child, Rhaenyra, will be eligible for the throne. Viserys, however, is heard saying in the season’ debut teaser, “And I seated my successor atop the Iron Throne. And every dragon let out a single roar.

One of the King’s advisers, Lord Lyonel Strong (Gavin Spokes), claims that no queen has ever occupied the Iron Throne.

Things become much more problematic when King Viserys marries Lady Alicent, the then-Queen who succeeds Queen Aemma and is Rhaenyra’s greatest friend. Princes that Alicent is expecting pose a threat to Rhaenyra’s reign and the succession.

She marries her uncle, the obstinate and irascible Daemon Targaryen (Matt Smith), later in the programme to establish a pure Valyrian dynasty. 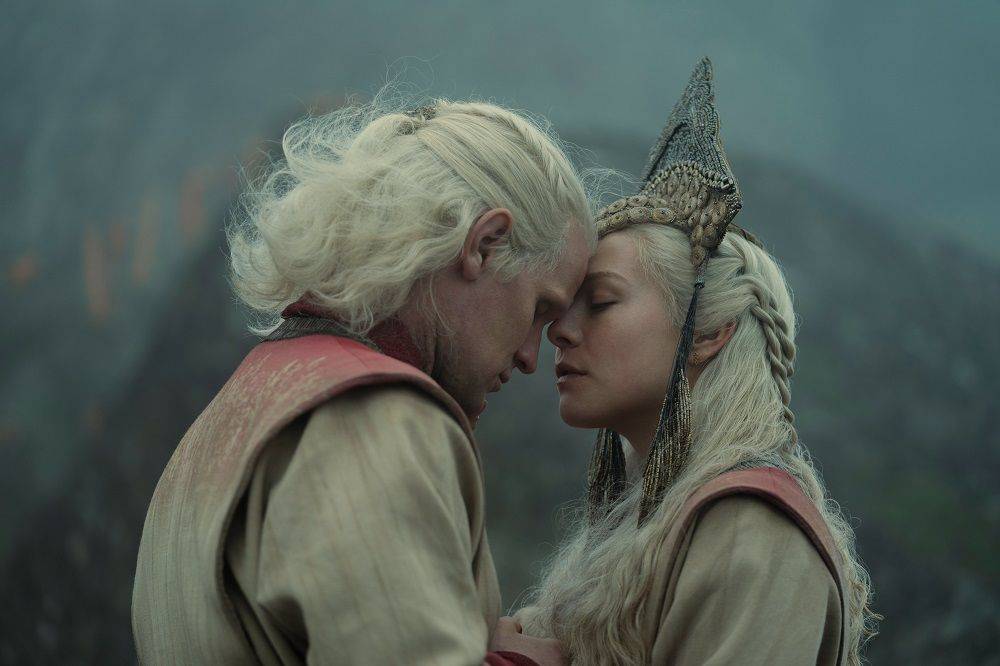 Vera, played by the actor, will be seen in Mother Russia. James Strong is in charge of the direction, according to IMDb. Jason Isaacs, Ciarán Hinds, and Alec Newman are all part of the cast.

The pre-production film Mother Russia is scheduled for release in 2022.

The production company has yet to reveal the cast, release date, and other facts about the series, whose final episode from the first season airs on October 23, 2022, even though HBO has stated that House of the Dragon will be renewed for season 2.