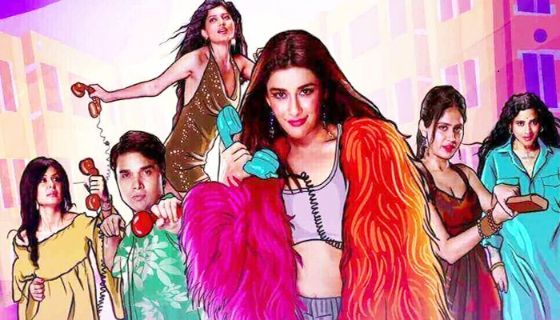 Helllo Jee is a web series in India that combines comedy, romance, and explicit content. It will begin streaming on alt Balaji and Zee5 on February 1, 2021. The show’s director is Shahnawaz Sabir Khan. In addition, the show stars Nyra Banerjee in the major role, as well as Sunny Leone in an item song. Finally, the TV drama is broadcast in both English and Hindi.

ALT Balaji is known for its one-of-a-kind shows like Gandi Baat, DEVD, Crash, and a slew of others. Hello Jee is yet another show with a unique theme that is packed with laughs. The plot centres around a group of women who will go to any length to make money. Furthermore, because the women are dealing with lethal gangsters, the plot is both quirky and sarcastic. It also shows how those women face daily challenges in a male-dominated culture.

Helllo Jee is a wonderful show that shows how women can triumph when they band together and support one another. Nyra Banerjee, Kalyani Chaitanya, Akshay Shetty, Mishti Tyagi, Rahul Varma, and the rest of the cast have all given outstanding performances. The story is both intriguing and powerful. Sunny Leone’s appearance in the program adds even more spice and raises the hotness meter. Overall, it’s a fun series with plenty of drama, suspense, and humour. You should absolutely have a look at it.