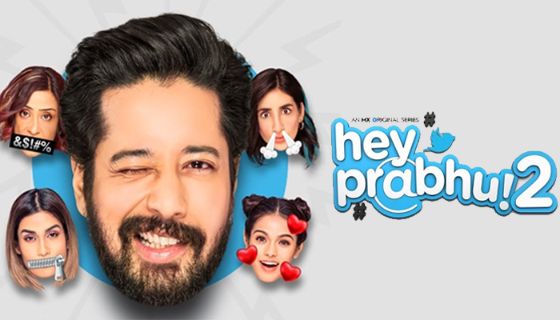 Hey Prabhu 2 is a Hindi webseries from India that will premiere on MX Player on March 26, 2021. The director of Hey Prabhu season two is Abhishek Dogra, and the production house is Times Content Studio. Sanket Kunde is the show’s producer, and it belongs to the romance-comedy-drama genre. In addition, it is available in both Hindi and English.

Tarun Prabhu is the central character of the show (Rajat Barmecha). He’s a social media influencer with a sad or chaotic real life. To make matters worse, he is dealing with multiple challenges at the same time. Yes, he’s dealing with family issues, a new boss at work, a complicated love life, erectile difficulties, and other issues. Also, will he be able to overcome the hurdles or will he succumb to them? Keep an eye on it to find out.

The second season of Hey Prabhu is packed with action and drama. Furthermore, it’s an intriguing story of a social media whiz who is attempting to mature and meet expectations on both a personal and professional level. Rajat Barmecha, a Bollywood actor, performs a pivotal role in the film with great precision and splendor. Apart from him, the ensemble cast, which included Parul Gulati, Achint Kaur, Jasmeet Singh Bhatia, Sonya Ayodhya, and others, contributed significantly to the film’s success. The plot is well-connected and, at times, relatable. Overall, it’s a fun show to watch by yourself or with a friend.