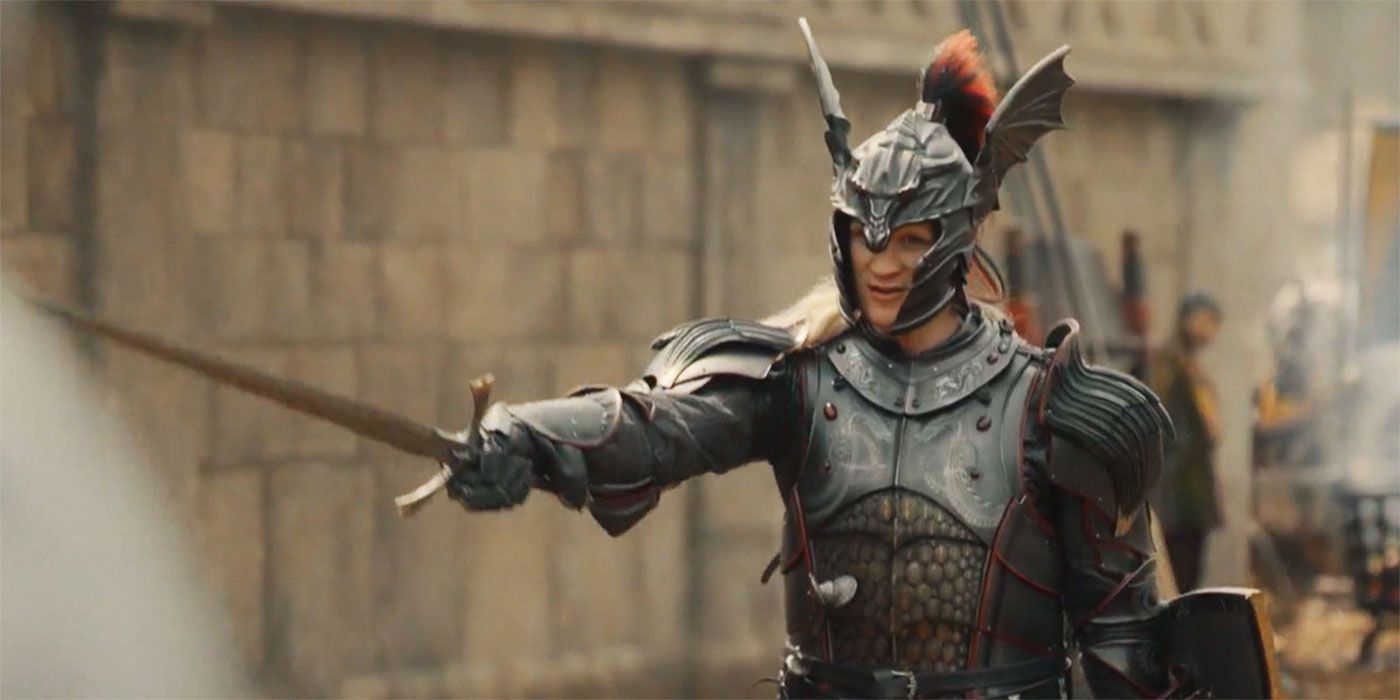 Explained: House of the Dragon, Who Is The Wielder of Dark Sister Sword?

On House of the Dragon, it’s still too early to pick favourite characters, but thus far, Matt Smith’s fantastically nasty portrayal of Daemon Targaryen has emerged as the show-stealer. Daemon is a smart warrior, a great strategist, an intimidating swordsman, and a startlingly charismatic politician, and he embodies the most perilous traits of House Targaryen. Daemon takes great pride in his family history and bases his claim to the Iron Throne on the justification that he is the legitimate heir through blood. Daemon still loves both his brother and his niece, Rhaenyra (Milly Alcock), who has inherited the throne in lieu of his brother, King Viserys I (Paddy Considine), despite openly rebelling against him.

House of the Dragon viewers already got a taste of Daemon’s savagery in the first few episodes, though the two will undoubtedly engage in more violent encounters in the following weeks. In the first episode, he murders and maims his way through King’s Landing as a perverted kind of retribution. During the King’s Landing royal joust, Daemon relentlessly dispatches his opponents; he only loses his match against the Dornish knight Ser Criston Cole (Fabien Frankel) after taking too long to stroke his ego. He personally led an attack against the pirate lords that had infiltrated the Stepstones in last week’s “Second Of His Name,” killing the evil warlord known as the “Crabfeeder” (Daniel Scott-Smith).

Dark Sister Is One of the Ancestral Blades of House Targaryen 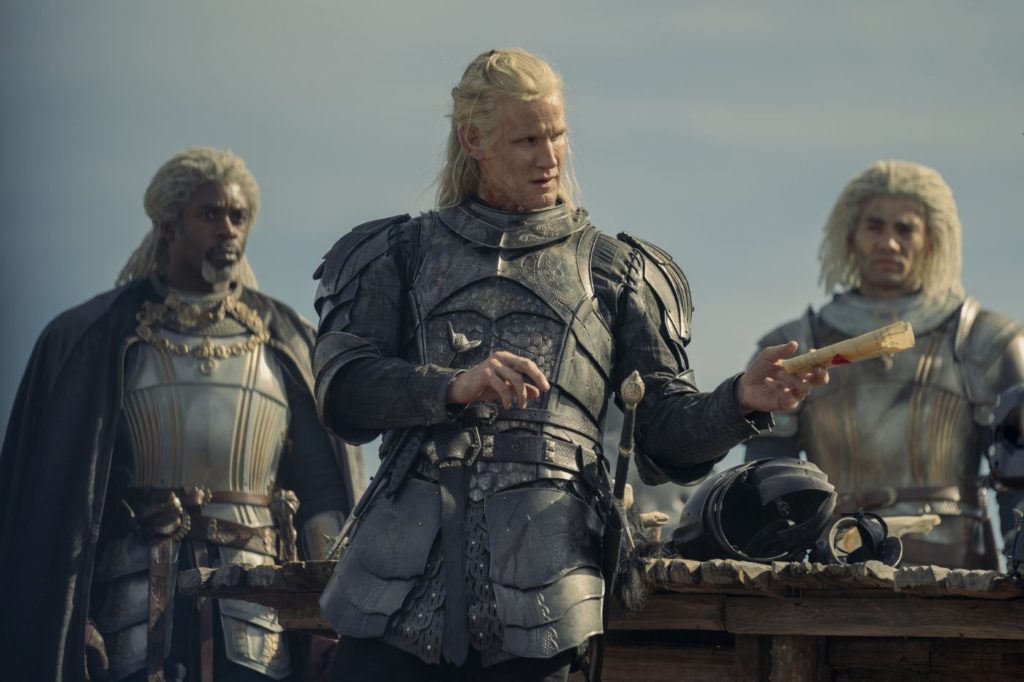 Daemon used his distinctive sword, a short blade known as “Dark Sister,” in both scenes. As we know from Game of Thrones, each sword has its own history and legend. Dark Sister has been in the hands of merciless swordsmen before, including Daemon, and its previous owners may have provided a preview of his future travels. Dark Sister is one of the two main ancestral swords that belong to House Targaryen, according to the mythology created by George R.R. Martin. Viserys I is in possession of the other weapon, Blackfyre.

Although Dark Sister has a strong connection to the Targaryens’ rule over the Seven Kingdoms, its history predates the unification of Westeros by Aegon I (also known as “Aegon the Conqueror”). The longsword was forged of Valyrian steel, narrower than most longswords in order to deliver swift, fatal wounds. That also made it easier for the typical female warrior to utilise. The hilt itself is made to resemble a dragon’s wings.

Aegon I gave Dark Sister to his bride and older sister, Queen Visenya Targaryen, after his conquest. Visenya was as deadly a fighter as her brother, and due to the custom of the time, the siblings were married in order to maintain their bloodline’s “purity.” She personally employed Dark Sister to put an invading group of Dornish assassins to death. She participated in the subsequent battle against Dorne alongside her brother.

Visenya Was the Original Wielder of Dark Sister 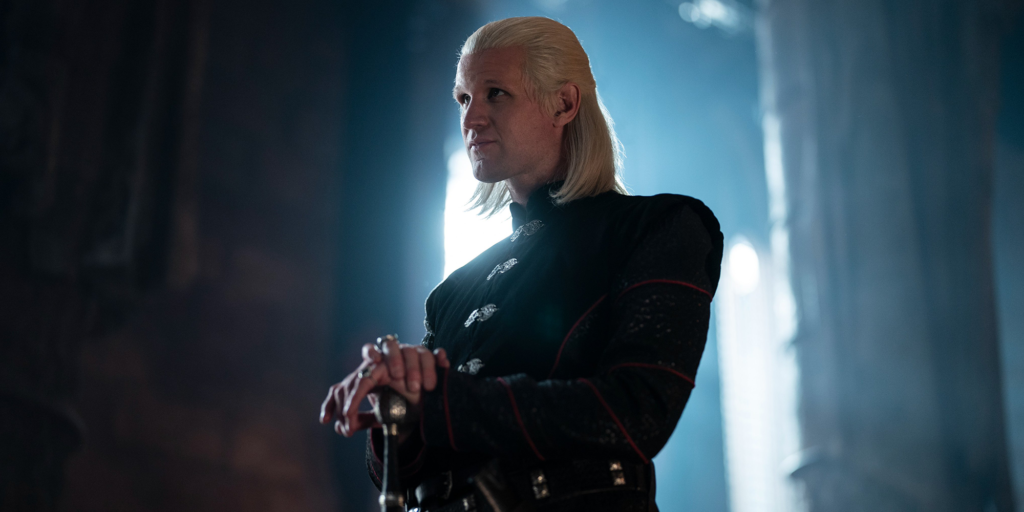 Visenya was also in charge of creating the Kingsguard, a group that Daemon would have to deal with. Although Daemon’s devoted soldiers in the City Watch are undoubtedly strong, they have never been able to match the Kingsguard’s expert swordsmen historically. In order to demonstrate her point, Visenya summoned Dark Sister and seriously injured Aegon before his guards could fight. She claimed that Aegon was not secure inside the Red Keep. She made an excellent point, and Aegon appointed her as the Kingsguard’s initial commander.

The second season of Game of Thrones actually makes reference to Visenya’s ruthlessness with Dark Sister. Tywin Lannister (Charles Dance) is impressed by Arya Stark’s historical acumen when she appears to be an ordinary servant (Maisie Williams). Tywin is taken aback that a meagre servant knows more than his grandsons. Arya adds that Visenya used Dark Sister in fighting while Harrenhal was being burned.

When Visenya died, her son Prince Maegor Targaryen received Dark Sister; he later received Blackfyre when his brother Aenys I became king. As she and her children, Jaehaerys and Alysanne, fled the Targaryen strongholds, Aenys’ widow, Queen Alyssa Velaryon, subsequently took the sword from Dragonstone. When Jaehaerys later reclaimed the Iron Throne for himself, he used Dark Sister. He temporarily gave his son, “Baelon the Brave,” the sword, which Baleon used to find the Myrish swordsmen who had killed his brother, Prince Aemon.

Dark Sister Has a Bloody History and Foreshadows More Violence 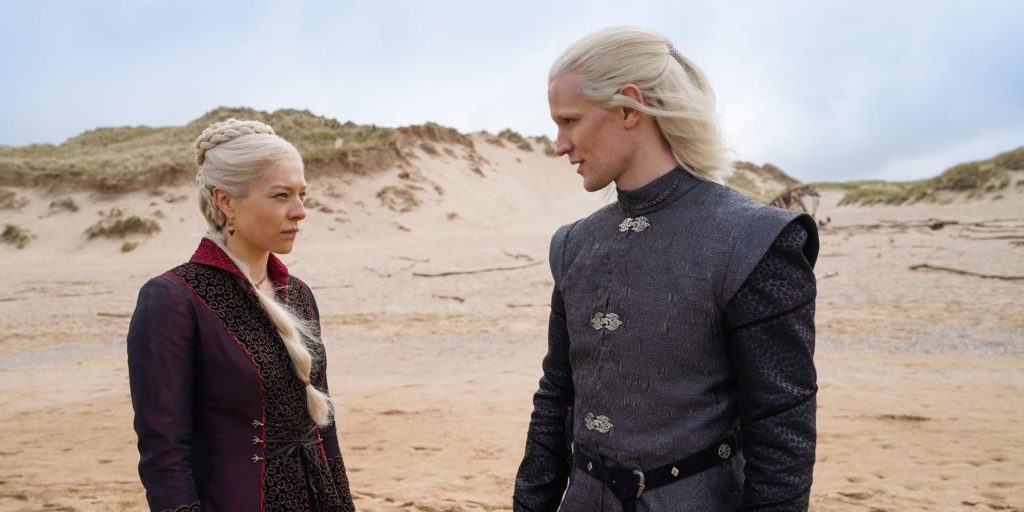 King Jaehaerys I gave Dark Sister to Daemon as a reward for his valour in battle, even though he would name his grandson, Viserys I, as his heir. At the age of sixteen, Jaehaerys knighted Daemon and rose to fame in King’s Landing for his prowess in jousting contests. Perhaps Daemon’s skill with Dark Sister is the reason the Iron Throne was not bestowed upon him. His savage attempt to terrorise King’s Landing with the City Watch is depicted in the first episode of House of the Dragon, “The Heirs of the Dragon,” which angers Viserys I’s small council.

Some of the unresolved issues from Game of Thrones may be resolved in House of the Dragon. By the time Robert Baratheon (Mark Addy) ascends to the Iron Throne, neither Dark Sister nor Blackfyre have been located. Martin’s spin-off novella collection Tales of Dunk and Egg makes reference to Blackfyre and speculates that the sword was believed to have lost its titles, while Dark Sister’s whereabouts remain a mystery.

Characteristics are emphasised by the swords in House of the Dragon and Game of Thrones. Dark Sister is the perfect weapon for Daemon; it is weighed down with historical importance and made to cause its victims to suffer terrible deaths. Daemon doesn’t appear to be planning to put Dark Sister on hold anytime soon, given his grand aspirations to reclaim the Iron Throne.

Stranger Things: What’s The Reason Behind Mike’s Strange Behaviour? Is It Part Of The Plot?

Where Is The Cast Of ‘Polyamory Married And Dating’ Now? What Are They Doing?