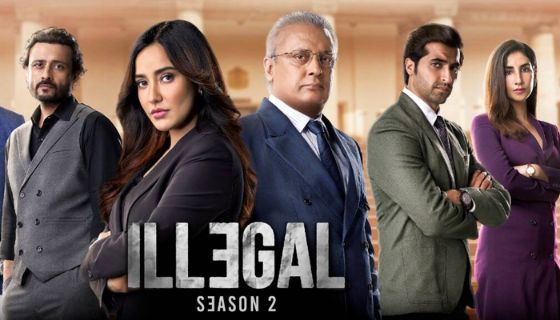 Illegal Season 2 is a web series from India that will premiere on Voot Select on November 25th, 2021. Following the popularity of the first season of Illegal, the second episode introduces a larger and more interesting plot. In addition, Ashwini Chaudhary is the director, while Samar Khan is in charge of creative production. Juggernaut Productions is also in charge of the production. Advaita Kala also writes the screenplay. Abhijeet Deshpande also writes the screenplay for this courtroom drama thriller. Salim-Sulaiman is also the composer of the Illegal 2 Voot show’s title track. Finally, the ensemble cast of the series includes Neha Sharma, Piyush Mishra, Akshay Oberoi, Satyadeep Misra, Tanuj Virwani, and Parul Gulati. In addition, the show is offered in both Hindi and English.

The plot centres around two lawyers, Niharika Singh (Neha) and Janardhan Jaitley, who are also solicitors (Piyush). They’re resuming their struggle (from season 1) and standing across for another showdown. This time, the stakes are significantly higher for the couple. As the former seeks to open her own law company, the latter embarks on an ambitious quest to become Delhi’s next Chief Minister. Furthermore, the rivalry between the two immerses the plot in complex legal disputes, providing viewers with an intimate look at the tangled world of complicated rules, large business, and corrupted politics. Finally, the stakes remain the same: will justice triumph or will the truth be denied? To learn more, watch the web series right now.

Niharika Fight for Justice
The War is On !
Down But Not Out
Old Cases Die Hard
Tricks of The Trade
The Turf War
A Shark’s Trap
The Double Cross
Checkmate

Illegal 2 is unquestionably larger, better, and more entertaining than the first season. It portrays the lives of lawyers and their legal conflicts with rigor and force. Furthermore, the ensemble cast’s powerful storytelling and captivating performances are absolutely admirable. The supporting cast, in addition to Piyush Mishra and Neha Sharma, gives their all. Also, thanks to Ashwini Chaudhary for flawlessly translating his vision to the screen. Without a doubt, it will be a big hit with the general public. Watch it RIGHT NOW!