In Marvel Comics, Thanos’ origin story has a close connection to the Eternals; in the future, this connection might also appear in the Marvel Cinematic Universe. According to the comics, Thanos is an Eternal. Though the Titan was killed off in Avengers: Endgame, the Marvel Cinematic Universe (MCU) seems poised to explore more of his connections and history. Although some of Thanos’ backstory was already covered in Avengers: Infinity War, Marvel’s Eternals film has already introduced someone from the Titan’s past.

The film Eternals tells the tale of a group of ancient immortals that have lived on Earth for thousands of years. It is based on characters created by the great writer and artist for Marvel Comics, Jack Kirby. This strange race of superhuman creatures has managed to keep its presence a secret from mankind for a very long period. In the film, the Celestials, who are the Eternals’ creators, assign them a task to defend Earth by fighting the Deviants, who are the Eternals’ deadliest foes in the comics. At least ten members of their race will be introduced to viewers in the cosmic epic, such as Ikaris (Richard Madden), Ajak (Salma Hayek), Sersi (Gemma Chan), Thena (Angelina Jolie), and others.

It’s anticipated that Eternals will explore the MCU’s past by include sequences set more than a thousand years ago. Babylon and other locations will appear. The Amazon and Mesopotamia are two further historical periods that are depicted in the movie. Even if Thanos’ backstory may have been explored more in the film, the plot made a wise choice by omitting all of it and introducing Eros, Thanos’ (apparently younger) brother, only in the mid-credits sequence. Eros lends a hand to the Eternals. The shared world of movies hasn’t explored Thanos’ ancestors, tie Eros to the other Eternals, or had them form a group, but the MCU looks interested in doing so now that he’s long since vanished. Though not much is known about him other than the fact that he has some charisma, Eros at least seems to be more of a team player than Thanos, who has previously solely worked on a single basis.

But what precisely ties Thanos and the Eternals together? He doesn’t resemble them at all. What you need to know about the connection between the Mad Titan and this ancient race of immortals is provided below.

Thanos And The Eternals’ Backstory Explained 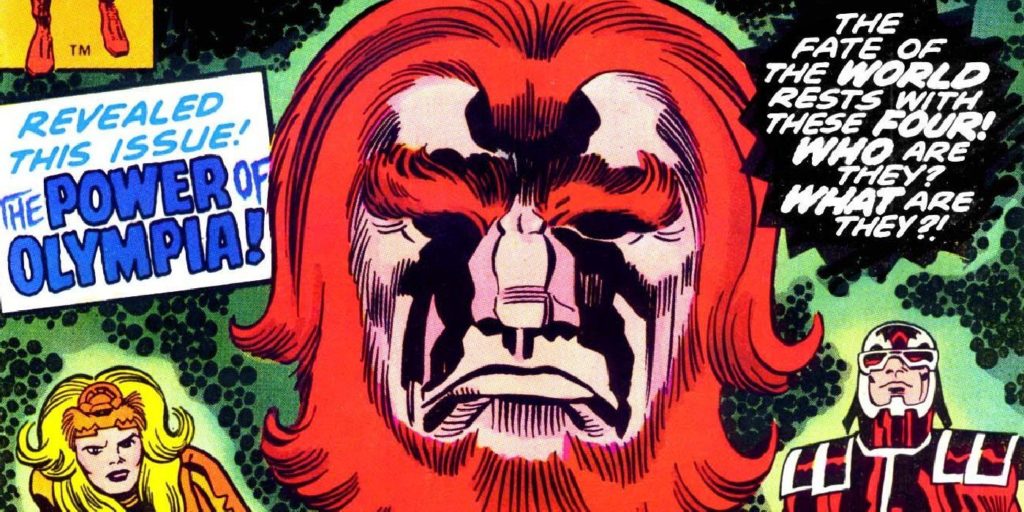 In the end, the Eternals built a base on Earth. Later, Kronos, the head of the Eternals, attempted to use cosmic energy in an experiment that went wrong, irreversibly changing the Eternals’ genetic makeup. The Eternals and all of their offspring have a wide range of superpowers as a result. Their race did escape the collision, but Kronos was no longer fit to serve as leader. His two sons, A’lars and Zuras, agreed to divide the Eternals into two branches because they couldn’t agree on who should succeed him. While A’lars left Earth and took many of the Eternals with him, Zuras established a new city and rose to become the leader of the Olympian Eternals. A’lars made their way to Titan, Saturn’s moon, and established a brand-new colony there. The Titanian Eternals were his group of Eternals, hence their name.

A’lars had a kid named Thanos while he was on Titan from a relationship with Sui-San, an Eternal woman. Sui-San was in fact on Titan when the cosmic event that granted the Eternals their abilities occurred on Earth, hence Thanos does not possess the same set of abilities as Ikaris and the other Eternals. The results of the trial only helped his father. Given that Thena is Zuras’ daughter and that Thanos is linked to her through blood, the two figures are actually first cousins. Thanos has little to do with the Olympian Eternals and has only occasionally interacted with them in the comics, despite this link.

Thanos Could Be An Eternal In The MCU 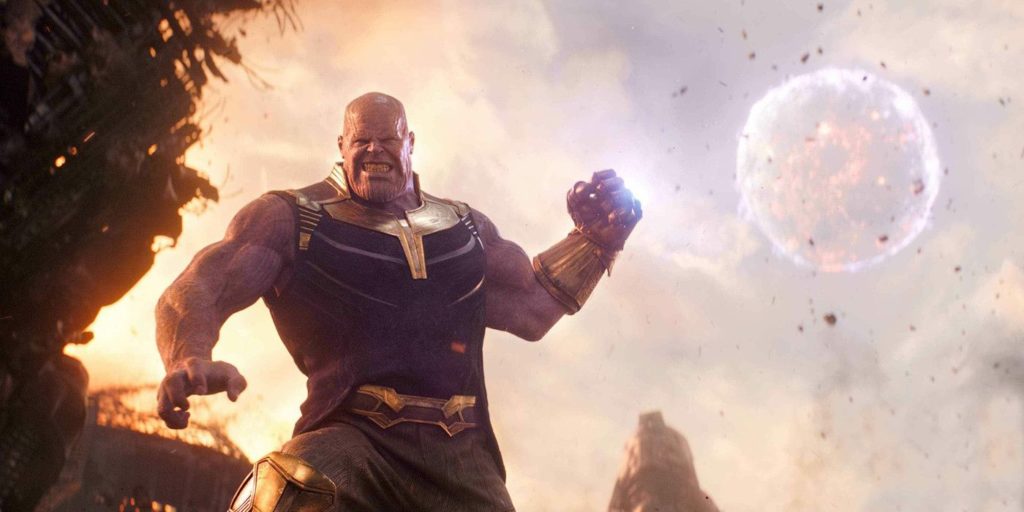 With all of this in mind, the question of whether Thanos is an actual, full-fledged Eternal in the MCU emerges. That inquiry had an ambiguous response, but now that Eros has entered the picture, the response is much clearer. After all, Eros was aware of the identity of the Eternals, who they were waiting to hear from, and where they could be located. That means he has extensive knowledge of Arishem and the Celestial mission, which implies both he and his brother were Eternals. The MCU can examine the past of Thanos and the other Eternals thanks to the characters’ presence and the movie itself (through Eros). It also doesn’t seem impossible that Thanos may be an Eternal; it’s just not been explored yet. Furthermore, nothing revealed about Thanos in Avengers: Infinity War and Avengers: Endgame demonstrated that he wasn’t an Eternal.

According to Avengers: Infinity War, an unnamed calamity caused Thanos’ race, the Titans, to go extinct. Although they were briefly seen in the film, they were too far away to get a good look at them. According to Infinity War VFX supervisor Matt Aitkin, viewers would have realised that the other Titans didn’t look anything like Thanos if the film had focused more on Thanos’ race. They wouldn’t have possessed his vivid purple skin tone, distinguishing chin, or towering height. Thanos was to be depicted as “a little bit of a mutant of his own people” in the strategy. His Deviant Syndrome from the comics is very definitely present in this.

Given this, it makes sense that Thanos from the Marvel Cinematic Universe may be an Eternal with the Deviant gene. This would explain why he doesn’t resemble either his brother or the Eternals characters from the next Marvel movie. Thanos’ status as an Eternal was not established in Marvel’s Eternals. Red Skull (Ross Marquand) made a reference to his father, A’lars, in Infinity War, and the upcoming MCU films may expand on that when they reveal more about the Eternals of other planets.

Why Thanos Looks Different To The Other Eternals 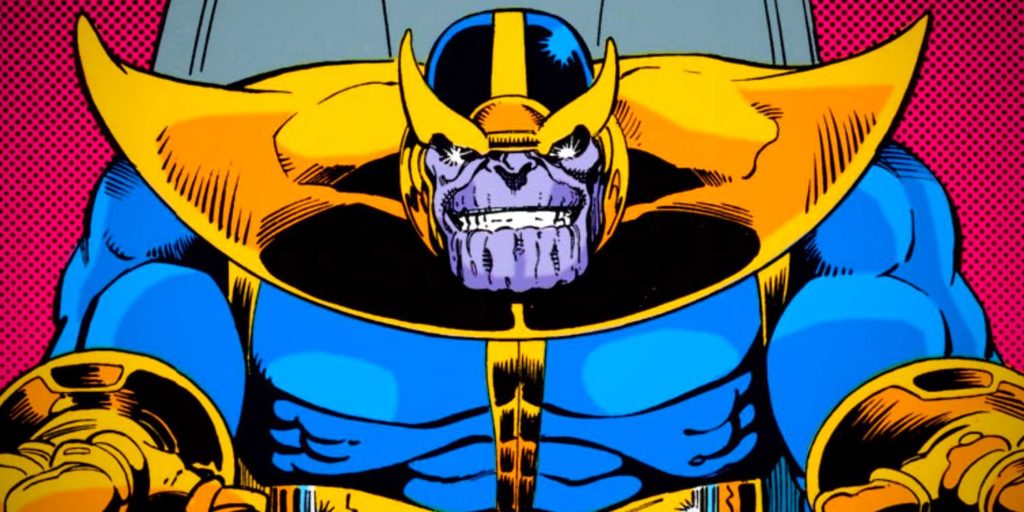 The Titanians resemble humans exactly, just like the Eternals that live on Earth do. Sui-San, A’lars, and Eros, Thanos’ brother, are included in this (aka Starfox). Why, therefore, does Thanos appear different from everyone else in his family and race? That’s because Thanos is a genetic anomaly among his people due to having the Deviant Syndrome since birth. Thanos’s DNA has undergone this odd mutation, giving him enhanced skills and some physical traits resembling the Deviants (but is still an Eternal). There may be other Eternals in the Marvel Universe who suffer from the Deviant Syndrome, but only Thanos has been positively identified as having it. It’s feasible that the MCU will introduce another member of their species who is genetically identical to Thanos in light of the introduction of Eros in Eternals and the titular heroes’ quest to locate other Eternals.