Former actress Liberty Phoenix, better known by her last name, is the younger sister of actors River and Joaquin Phoenix.

On July 5th, 1976, Liberty was born in Caracas, Venezuela. Her birth name is Libertad Mariposa Phoenix.

She was born to John Lee Bottom and Arlyn Phoenix. Liberty has four siblings, River (deceased), Rain, Joaquin, and Summer.

She comes from a famous acting family; her sister Summer was engaged to Oscar nominee Casey Affleck for more than ten years. Indiana and Atticus, the couple’s two children, have Liberty as an aunt.

Heart Phoenix is a pen name for her mother Arlyn. Along with her brother River’s tragic death and Joaquin’s award-winning fame, Heart, Liberty’s mother, is well known for having been a member of the infamous Children of God cult.

According to the cult’s self-description, it is a Christian organisation that is “committed to bettering our world through enabling people to develop a personal relationship with God.”

They started out as Teens For Christ in 1968, changed their name to Children of God (COG), then The Family of Love, and finally ended up as The Family International. For the past fifty years, the cult has been accused of exploitation, physical, and sexual abuse.

Heart and John joined the religious organisation in 1972 and went on a missionary tour of Central and South America, even briefly assuming the names Jochebed and Amram.

Joaquin and Liberty were born during this time of work. In 1977, after John and Heart lost faith in the cult, the family left both Latin America and the cult.

Summer, their youngest child, was born there after they relocated their family to Winter Park, Florida. After rising from the ashes of their past, the family officially changed their last name from Bottom to “Phoenix” at this point and committed their lives to veganism and responsible living.

In the end, John and Heart got divorced, but it took place in 1997.

At the age of six, Liberty made her acting debut in the 1982 drama Seven Brides for Seven Brothers, which was adapted from the 1954 musical.

In the Christmas episode of the first season, she portrayed the character Christine. Alongside her brother Joaquin, Liberty performed. It was also his first time acting. Guthrie McFadden was portrayed by their brother River in 21 episodes of the program.

Four years later, Liberty was cast in a minor role as a Brownie Scout in the made-for-tv NBC movie, Kate’s Secret, about a suburban housewife who suffers from bulimia.

In the film, her sister Summer plays Becky Stark, the namesake Kate’s daughter.

Liberty’s acting career didn’t last very long. She only has two acting roles listed on her IMDb profile, with the exception of a self-professed appearance on a 60 Minutes episode.

The least active actor in the Phoenix family, she has never performed on stage or screen after the age of ten.

What is Liberty Phoenix doing now?

The events in Liberty’s life have been amazing. She founded the punk band The Causey Way with her sister Rain. She also backed Papercranes, Rain’s own band.

Her mother Heart served as the executive director of the Floria School of Traditional Midwifery for five years at one point in time when she was a teacher there.

Liberty worked for Pais Properties as a licenced realtor from 2006 to 2018. The company, which was based in Gainesville, Florida, specialised in buying and selling single-family homes. 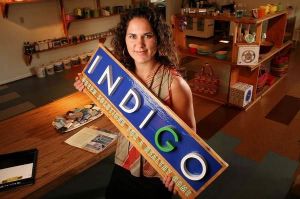 She still serves as the proprietor of Indigo Green Building Solutions in Gainesville, Florida.

They were established in 2007 with the intention of selling environmentally friendly and morally upstanding home furnishings like bioglass countertops, bamboo and cork flooring, and more.

Their offerings offer solar-powered options and rainwater recycling, and their products go beyond the kitchen and into the bathroom and up on the roof.

In addition, Liberty serves on the board of directors for the River Phoenix Center for Peacebuilding, which was established by her mother.

Inspired by her brother River’s short-lived activism for “the well-being of all life on our planet” and his own life. They promote sustainability and aid in the avoidance, suppression, and resolution of conflict and violence. 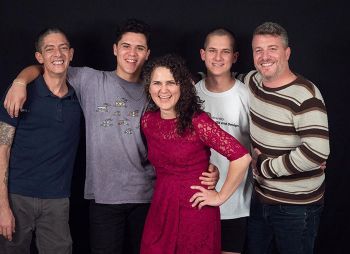 Liberty has been married twice. First, to artist Ernesto Asch in 1996. The couple had three children, Indigo, Rio, and Leo.

In 2001, tragedy struck the family as their son Indigo passed away as a child. His death was due to toxic outgassing.

He developed a deadly pneumonia developed from an allergic reaction to new carpeting in his nursery that weakened his immune system.

Her sustainable business that sells safe home products is named after Indigo.

Liberty and Ernesto divorced in 2003. Today, Rio is a photographer and media artist based in L.A. and Leo is a multimedia artist who remained in Gainesville, F.L.

Liberty is now married to her second husband, Andy Lord, with whom she has two more children.