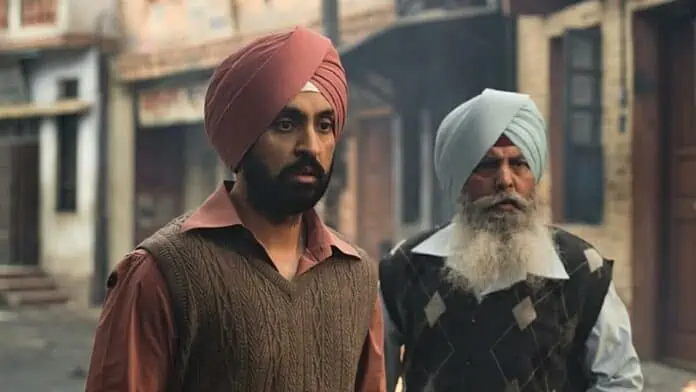 During the 1984 Anti-Sikh Riots, which resulted in the loss of numerous Sikh lives, Jogi tells a narrative. The thriller-drama-social-issue film is currently available on Netflix.

Set in 1984 Delhi, the violence against Sikhs has increased since Indira Gandhi was killed by her bodyguards while carrying out “Operation Blue Star.”

Ordinary individuals like Jogi (Diljit Dosanjh) and his family were unable to comprehend what was about to happen. One day, Jogi discovers that riots have started against Sikhs as he and his father are coming home for his nephew’s birthday.

They observe Sikhs being set afire. When Jogi returns home, his family has fled and his sister, Heer, is grieving the loss of her husband, Tajinder, who was killed in a fire that also destroyed his shop.

Tejpal, a local corrupt politician, is paying police to kill Sikhs in the meantime. Even more, he directs them to use a covert tunnel in the Trilokpuri region to release the brutal criminals.

One of the police officers, Rawinder, ends up being a close buddy of Jogi’s. Jogi and his neighbours are found by him sheltering in a Gurudwara.

He gives Jogi and his family the chance to flee with him, but Jogi rejects the offer. All of his neighbours are his family, and Jogi wants to save them all.

He trims his hair short so that it won’t reveal that he is a Sikh, and he and Rawinder ask Kaleem Ansari, a friend of theirs, for a truck so that they can flee. The request is accepted by him. 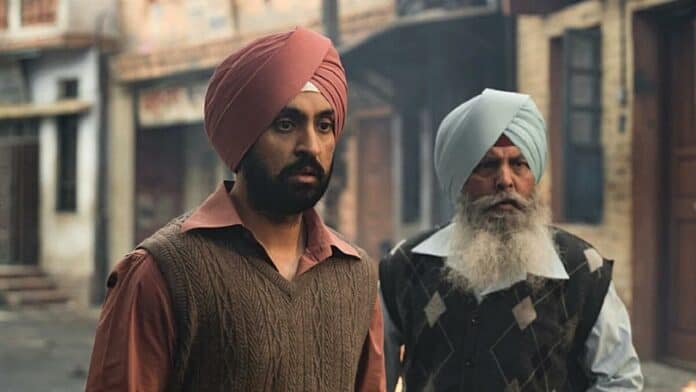 First, Heer is left behind while Jogi and Rawinder forcefully load the truck with elderly and young people. They charted a path for Mohali in search of safety.

They ran into trouble along the road because of a fuel shortage. They move forward, moving through Tejpal’s warehouses to secure it.

Tejpal receives a tip that Rawinder is working with the Sikhs of Lane 6 in some capacity. He gives Rawinder the order to close the lane.

His and Jogi’s diversion involves moving bodies from lane 22 to lane 6, where they set fire to everything.

Their truck is examined at one checkpoint, where the scam is discovered. Jogi and Rawinder manage to get by the two guards and go. The battered security guards then call Tejpal to let him know that a police officer is involved.

The two successfully load everyone onto the truck and drive it to Mohali. Jogi’s mother begs him to save Heer, and he makes a similar commitment.

Tejpal is now conscious of Rawinder’s role, though. Tejpal and Lali inform him that they are aware the victims belong to lane 22, despite his attempts to make it appear as though he destroyed lane 6.

Tejpal warns him that failing to bring Jogi could result in both him and his family being set on fire. Lali responds that Jogi is his adversary as Rawinder begs him not to harm his friend.

Rawinder tries to make another distraction. He tells Tejpal and Lali to deploy all of their resources to apprehend the Sikhs who are all sheltering within the Gurudwara.

But when they get there, everybody has already fled. Lali, though, is not going to give up that simply. He locates the truck’s owner and discovers that Kaleem is the rightful owner.

When he goes inside, he doesn’t discover Kaleem and Jogi hiding there. Jogi, who is acquainted with him, is aware that he has discovered where all the Sikhs are, the neighbourhood Dargah.

While Lali pursues them, Jogi scrambles to assist them in escaping. This builds up the movie’s climax.

What happened between Jogi and Lali?

Lali moves closer to where Jogi and the others are hiding, eventually locating them. Jogi commands him to end this once and for all while holding his gun to his own head.

The reasons for their hostility are made clear. When Jogi was a student at Delhi University three years ago, he began dating Kammo, Lali’s sister.

Kammo insisted on being with Lali despite his fears about how this would effect Lali. They eventually had a covert wedding.

Jogi was now prepared to speak with Lali about his new position at Jal Nigam. However, he discovered Kammo dead when he got to their home.

Because Kammo was carrying Jogi’s child, Lali admitted that she was ill. To protect their reputation, he attempted to make her marry the man of his choice, but she ended up severing her own nerves and killing herself.

Lali continues to assign Jogi the blame today. Jogi responds, however, that he actually loved her and that Kammo’s death was the result of his inability to embrace their connection. He wasn’t the only one who found her death heartbreaking; Jogi did too.

If it would help him sleep at night, he begs Lali to kill him. He cries out at how things turned out because he is unable to carry it out. 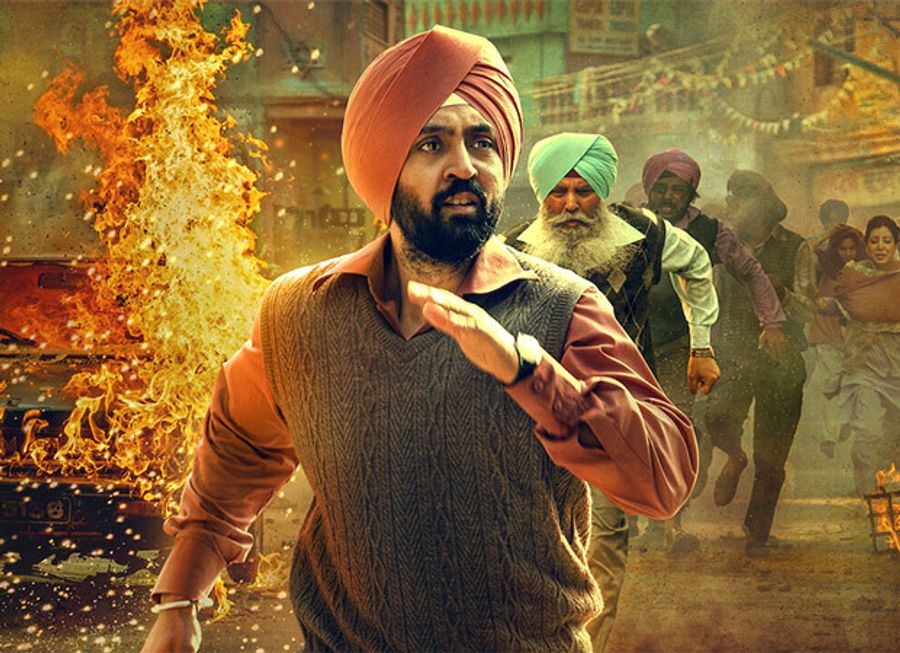 Jogi and Rawinder devise a scheme to aid the Sikhs in escaping. The Trilokpuri jail is basically the last place the police will look right now, they realise.

Rawinder assists them in sneaking through the same door they had previously in the movie utilised to let the criminals get away from the police.

Jogi and Rawinder return to take Daler, who had been shot, to a hospital after taking everyone to the jail. However, the police have detained him, and they have also detained the two.

The three are taken to Trilokpuri jail and placed at Tejpal’s mercy. He offers to release Jogi and his family in exchange for information on where everyone who is hiding is. Jogi declines.

How does Jogi die? Who ends up saving the Sikhs?

Tejpal shoots Daler in the skull and Jogi in the chest out of frustration. Heer yells in agony as he observes this, revealing their location.

The Indian army steps in just in time to prevent Tejpal’s troops from finding them and setting them on fire. Lali ended up calling them after having a change of heart, it turns out.

Jogi is ecstatic that the people he worked so hard to safeguard are safe. He passes away from his wounds as he watches his sister, who is now free.

His siblings and friends are crying uncontrollably over the loss. Jogi is given his kada (sacred iron bangle) and turban back, allowing him to finally rediscover himself, although after his death.

The joint efforts of him and his friends ultimately saved many Sikh lives rather than simply Jogi or Lali. In the end, love and friendship triumphed, but they were unable to stop Jogi from making a sacrifice for the greater good.

I Used to be Famous Ending Explained: Does Vince Get His Big break?