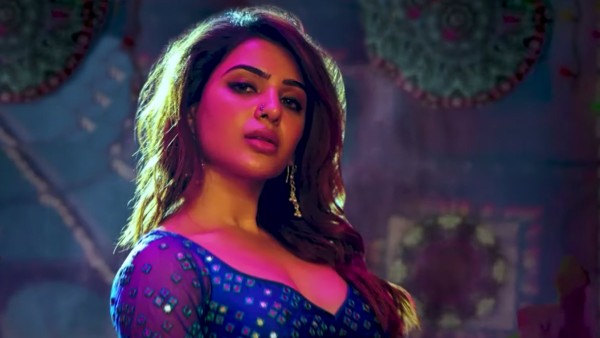 Cinema and music in India are intrinsically interwoven. What would our movies be like if they didn’t have music? It would be the equivalent of having a body without a soul. Whatever you think of the performers’ dancing around trees and dashing across snow-covered mountains in these tunes, they are undeniably appealing.

Even our filmmakers take these songs seriously, which is why they spend a lot of money filming them and, on occasion, engaging the most bankable star. As a result, Bollywood film costs are gradually increasing. Film budgets were once measured in lakhs. It’s currently in the crores and billions of rupees range. It’s only inevitable that, with film expenditures so high, film song expenses would soar as well. You’ve most likely heard the song and then realized it’s being played in a captivating setting. Only then do you realize that the budget for this song is a big chunk of the overall budget for the picture.

When a song is published, it is occasionally the song that receives the most attention, and as a result of the song’s fame, the movie receives some notice. That’s because movie producers spend a lot of money on songs because they know that if they don’t make money from the movie, they’ll make money from the songs.

Today, we’ll tell you about the top seven most expensive Bollywood songs:

At the time of its release, Akon’s song, which featured Shah Rukh Khan and Kareena Kapoor dancing, was an instant party hit. According to sources, the American singer charged Rs 2.5 crores for his first-ever musical collaboration with an Indian artist, Ra One’s Chammak Challo.


Robot’s Kilimanjaro song, starring Aishwarya Rai Bachchan and Rajnikanth, was shot in Peru’s Machu Picchu. On the other side, the picturesque frames in the song are claimed to have cost the filmmaker Rs 4 crores.


According to estimates, the high-spirited song Malang cost over Rs 5 crore to produce, making it one of the most expensive Bollywood songs ever. In addition to Aamir Khan and Katrina Kaif, the song featured over 200 expert gymnasts who lit up the dance floor.


The song from Allu Arjun’s film Pushpa, which has everyone dancing on Instagram loops, is the newest and most popular addition to the list. Samantha Ruth Prabhu, according to sources, requested a whopping Rs 5 crore for the song.


This dance performance stars Sonakshi Sinha and Akshay Kumar and was reportedly shot on a Rs 6 crore budget. The song included over 600 foreign models as backing dancers and was performed by Yo Yo Honey Singh, a well-known rapper.


Priyanka Chopra, who starred in Sanjay Leela Bhansali’s big movie Ram-Leela, impressed us with her dances in the item number Ram Chahe Leela. The film’s producers reportedly had to spend Rs 6 crore to obtain the actor’s participation in this song, according to rumors.

The song Yanthara Lokapu from 2.0 clearly outperforms all of the others. The music for the sequel to Robot, which was hailed as India’s “largest film,” was reportedly shot on a hefty budget of Rs 20 crore.