However, even among the greatest, some people go to extremes with their nutrition. They have a particularly powerful stomach and an even stronger sense of taste. Let’s have a look at the strange side of the culinary world-

This is a growing duck embryo in its shell that has been boiled alive. It sounds awful, and it looks even worse. Nothing, however, can stop a brave person with an equally audacious appetite.

The major ingredient is dog meat, which tastes delicious and has a lot of health benefits. Umm… Let’s just say that’s all there is to it.

Wriggling maggots are well-known for bouncing around while being consumed. What do you expect when you’re being devoured alive? According to legend, these maggots contribute to improve the flavor of the cheese.

At the very least, they could have spared the domestic animals, right? 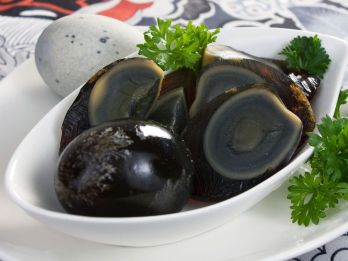 If you like the scent of sulphur, this Chinese delicacy is for you. Before being served in its dark green majesty, the century egg is buried under clay, salt, and ash for months! At the very least, you’ll be able to claim that you’re getting your greens.

A cobra’s pulsating heart is violently plucked and poured into a glass brimming with the snake’s blood. Rather callous. We can’t image doing this, but it’s considered a delicacy by others.

The mere mention of the word “tarantula” is enough to send you running for your life, and adding the adjective “crispy” to the mix doesn’t help matters. However, there are those all across the world who enjoy crunching on this awful nightmare’s crispiness.

The Cambodians adore this crispy dish, and they prefer it deep-fried. Excellent decision! Hehe.

It tastes like chicken with a tinge of crab, according to crocodile meat fans. Imagine the situation if a gigantic lizard appeared in your dining room! Even if it’s dead, it appears to be dangerous.

All fans of ‘The Simpsons’ get a shout-out. If not made properly, this dinner can be fatal. As a result, only qualified and experienced chefs are permitted to handle the pufferfish, which is the star of the meal.

Nose? Canadian foodies appreciate a good nose feast. The recipe calls for boiling the Moose Snout or Nose to remove the hairs, then cooking it again with onions and a considerable amount of spices. A broth is placed on top after it boils, giving the meal a jelly-like consistency.

Fried with a hefty but well-balanced seasoning of salt, pepper, and chili. Of course, it’s crispy, with a wonderful blast of grasshopper juice every now and then. I’m not sure if wonderful adequately describes the event.

The presence of cow’s foot in this stew may be off-putting. But wait, there’s more: the hollow skulls of butchered calves beheaded for the sake of a risqué platter are even more repulsive.

They have a sweet flavor. Even though Shirako fans eat the sperm sacs of pufferfish and angler fish, I suppose that’s about enough to make the meal palatable, edible, and appetizing!

If you want to create a meal out of these bugs, you’re in for a teary cooking session. If you slice onions every day, it shouldn’t bother you as much. If you’re wondering why they eat this insect, it has an apple-like flavor, according to them.

Are you ready for a rattling meal? It tastes like frog legs and has a strong flavor. To get the reference, I think you’ll have to eat frog legs. But, for the time being, neither of them appears to be beyond our imagination.

Don’t you think being stared at by your dinner would be strange? Tuna eyeballs are a popular dish among Japanese foodies. After seeing them eat their meal, it appears that it does not taste as bad as it sounds.

Those aren’t your typical crackers from the supermarket, are they? Japan like munching on crunchy crackers with wasps inside. Wasps are said to have a high protein content. But, hey, paneer, chicken, and tofu all have it! Why would you turn to wasps for protein? So, if you’re planning to eat these crackers, good luck because you’re in for an adventure. 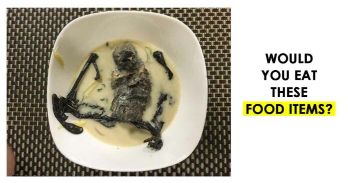 By no means does the notion of ants floating in a soup bowl sound appealing. People in Laos, it turns out, are really good at making a delicious soup out of ant eggs and white ant partial embryos. For extra flavor, they frequently add a mixture of baby ants.

Someone call PETA right now! “It’s just fish,” you could remark. “What’s the big deal?”
The catch is that this specific fish is served fried, yet still alive and struggling for air on your platter!