That Time I Got Reincarnated As A Slime’s third season has officially been confirmed, however the creators have regretfully not announced a release date.

That Day I Got Reincarnated As A Slime, written by Fuse, is one of the most well-known titles in the Isekai genre, which has developed into one of the most popular anime genres at the present time. After receiving a positive reception from its readers during its initial run from February 2013 to October 2015, the novel series’ anime adaptation was announced in March 2018.

It earned an 8.2 on IMDB and was a big success, as one could anticipate from the adaption. Fans waited for the third season to arrive soon after the second season of the show, which ran from July to September 2021, was released. However, however, not even the comeback of the show was announced till today.

The creators did not provide any other information besides the announcement regarding the film’s release date, cast, crew, or animation studio. The series’ original cast is most likely to return in their roles, with Studio Eight Bit serving as the animation studio. Based on the premiere dates of the first two seasons, conjecture is that Season 3 will come out in the fall of 2023.

A key image of Hinata Sakeguchi and Rimuru Tempest engaged in a fierce combat was also published to mark the announcement. This indicates that the seventh book in the series, Saint-Monster Confrontation, will be adapted for the upcoming season. 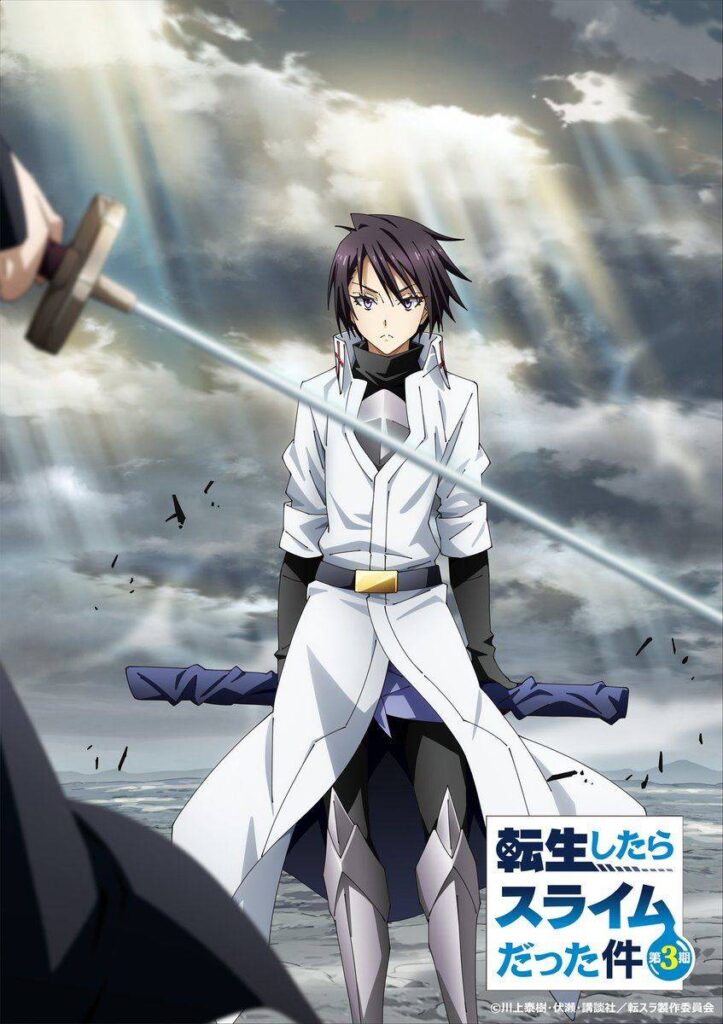 The two seasons of That Time I Got Reincarnated As A Slime, totaling 56 episodes with 24 in each, are now available to watch on Funimation.