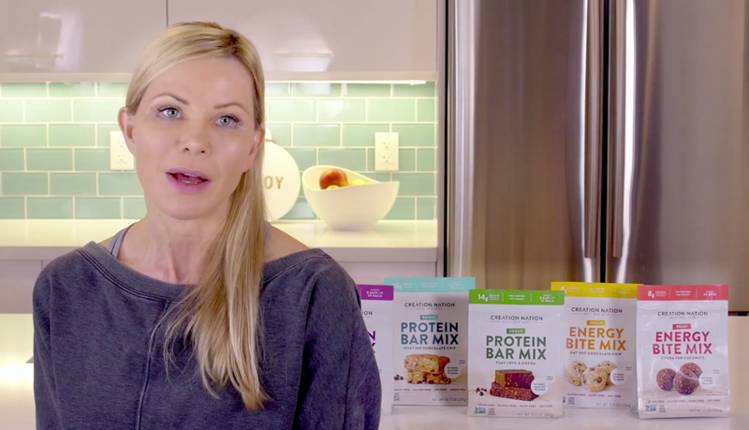 Karen Nation has a healthy and tasty product that allows health-conscious customers to build their own DIY snacks. On season 12 of ‘Shark Tank,’ she sold Creation Nation mixes to a panel of investors in the hopes that they would take a bite out of her protein bar mix firm and invest in her. Karen’s pitch for superfood goodness in episode 23 of the hit programme piqued our interest, and we wanted to learn more about Creation Nation’s journey. Here’s what we discovered!

Creation Nation: Who Are They and What Do They Do?

Even before she established her protein bar mix company, Karen Nation had a talent for crafting healthful snacks. The California homeowner, a qualified sports nutrition professional, was bored of eating store-bought protein bars that were often rich in artificial additives and preservatives. Karen began to create her own as a result. Her customers adored the snacks and protein bars she created, and they soon desired they could personalise them.

Karen, who spent part of her youth in foster care, had also had instances where the family she was living with was unable to supply her with nutritious foods that matched her dietary requirements. Karen’s experiences inspired her to create a line of gluten-free no-bake protein bars and bite mixes that allow customers to customise their snacks while using the freshest, healthiest ingredients possible. She decided to create Creation Nation in 2014 as an alternative to the “glorified candy bars” that passed for protein bars in shops after a few years of research and focus groups.

Creation Nation has a number of different mixtures that can be further personalised by adding ingredients of the maker’s choosing. They also have a variety of tried and true recipes on their website for inspiration. Making bites and bars from the mix is a simple process that requires no cooking or baking. The ingredients, together with a liquid (yoghurt, milk, applesauce, or even water), a fat (avocado, almond butter, ghee, etc.), and a sweetener (optional, as desired by the maker), just need to be blended. All of the components are sustainably acquired from diverse high-quality manufacturers across the world, and some of the mixes are Vegan, Paleo, and Keto certified.

Karen’s Creation Nation mixes come in a reusable bag that can be used to keep the snacks after they’re ready, attempting to solve all of the problems with conventional protein bars. This prevents hundreds of bar wrappers from ending up in landfills and makes handmade snacks even more appealing to environmentally aware consumers. The Protein Bar Mix comes in two flavours: Peas Love & Cocoa and Whey Hip Chocolate Chip, while the Energy Bite Mix comes in two flavours: Cocoa for Coconuts and Oat Yes Chocolate Chip.

Creation Nation: Where Are They Now?

Ian McKellen’s Hilarious Response To Gandalf Comeback But Not…

Karen started Creation Nation from the ground up in Malibu, California, with all profits reinvested in the company. In 2018, however, the creator revealed that she had brought on one investor who she preferred to remain secret. According to reports, the angel investor put in approximately $500,000. Online and local natural foods stores began selling the protein and energy bar combinations. Thrive Market, an online natural and organic goods store, was their first major client, and they helped to enhance the product’s online presence.

Since its inception, Creation Nation mixes have been published in a variety of publications, including Popsugar Fitness and Well+Good. Delicious Living’s Best Bite Awards named them the Best Sports Product, and Bridge2Food named them the Best New Category Development in the Sports & Performance Nutrition category. Karen also took first place in the NOSH Live Pitch Slam 5 product competition in 2018, defeating other healthy food products. Karen believes her mixes should be sold in any store that sells protein bars because they have a simple concept that is both easy and healthful.

Creation Nation mixes are already available on the shelves of major retailers such as Walmart, Whole Foods, Costco, Hyvee, and Albertsons, as well as smaller grocery stores and online through Creation Nation’s official website and Amazon. The Energy Bite Mix comes in a pack of 24 little bites or balls for $8.99 ($7.49 after discount). The Protein Bar Mix packets are $12.99 (after discount) and make 8 protein bars or 24 protein balls. A variety pack of all four mixes is also available for $43.96 ($32.97 with discount) on the Creation Nation website.

Ian McKellen’s Hilarious Response To Gandalf Comeback But Not His!