Since 1985, Robert Matthew Van Winkle, also known as Vanilla Ice, has been a prominent personality in the media. Although he was born in Dallas, Texas, on October 31, 1967, his career would really take off in Miami, Florida. Rapper, on-screen personality, and actor Vanilla Ice is well-known.

Even if his popularity peaked in the 1990s, he is still in demand in 2022. He is not unfamiliar with controversies either.

Earlier than adopting his now-famous stage name, Vanilla Ice was a motocross champion.

After breaking his ankle during a race in 1985, he decided to focus on dancing, which he had been learning since he was a young adolescent.

In his early years, he performed rap music at gatherings and brokedanced with his buddies. He was known as “Vanilla” since he was the group’s lone white child.

When his group was instructed to go to an open mic at South Dallas nightclub City Lights, he was found out on a dare. The manager requested him to play frequently when he won over the audience. During these performances as The Vanilla Ice Posse or The V.I.P., a number of buddies joined him.

Vanilla Ice supported artists like N.W.A., Public Enemy, Tone L.C., MC Hammer, and others while he was a performer at City Lights.

Vanilla Ice spent ten days in the hospital after being stabbed five times during a fight outside of City Lights in 1987.

He would sign a deal with Ultrax, the management company, and Tommy Quon, the owner of City Lights.

What is Vanilla Ice doing now? 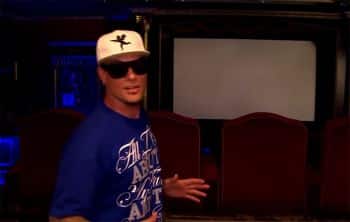 Following a decline and some drug troubles, Vanilla Ice has had a busy career. One of Vanilla Ice’s strangest professional decisions saw him take the helm of The Vanilla Ice Project, a DIY Network reality show.

The program’s main theme was home remodelling in Florida’s Palm Beach. The programme functioned successfully from 2010 until 2019.

It was revealed in 2021 that Vanilla Ice would host a new home renovation programme that would make use of virtual reality to help with the planning stage.

Guy Fieri, a famous chef, had his outdoor kitchen renovated in the first episodes.

Even after cleaning up his behaviour, Vanilla Ice is still a contentious figure. During the height of the coronavirus pandemic in July 2020, Vanilla Ice was forced to cancel a Fourth of July concert in response to a public uproar.

There may have been a financial motivation to cancel the event because it was unlikely to be a commercial success as 84 lead-up tickets were sold.

In 2021, Vanilla Ice performed at a New Year’s Eve celebration at Mar-a-Lago.

Given Donald Trump’s election to the presidency and the pandemic limitations, this was a contentious show.

Despite the ex-President not being present, Vanilla Ice trended on social media as a result of the ongoing scandal involving the Trumps.

Despite these controversies, Vanilla Ice has had a productive year in 2022. 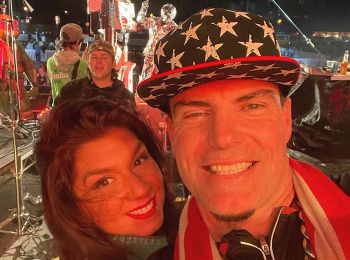 The show’s 20-date run came to an end on October 8 in Evansville, Indiana.

He also took on an intriguing initiative for the BBC, which was in total contrast to his 1990s-themed performance on the tour.

Vanilla Ice was chosen to narrate a BBC-produced narrative audio on the loss of the stallion Shergar, which was taken at gunpoint in 1983. Vanilla Ice has a long-standing interest in horse racing.

Vanilla Ice, who is no new to branding, also introduced his own energy drink in the middle of 2022. 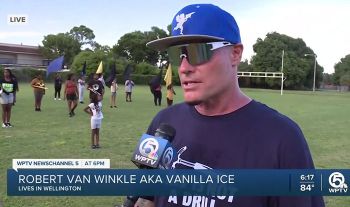 Additionally well-known for his sense of altruism is Vanilla Ice. He surprised a neighbourhood band in September 2022 that was trying to raise money to attend Band Week in London in June 2023.

It is unknown if he made a financial contribution to the $50,000 the Florida band hoped to raise.