Welcome to Chippendales on Hulu is based on the true story of Somen “Steve” Banerjee, who transforms his life after opening a strip club for ladies in the late 1970s. The first two episodes of the show explore the beginnings of his company, how he got started, the challenges he encountered in making it well-known, and the occasions that laid the groundwork for future crimes. The series, which stars Kumail Nanjiani in the title role, builds tension as Chippendales gains in popularity. The second episode’s conclusion gives us a glimpse about Steve Banerjee’s future difficulties. What it implies to him is as follows. Spoilers follow.

Welcome to Chippendales Episode 1 and 2 Recap

Somen Banerjee saves enough money over the course of many years working at a gas station to launch his own company. The moment his supervisor gives him a promotion, he decides to leave his position. He has more ambitious aspirations for the future than to stick to the same course. He intends to open a sophisticated backgammon club for the elite, but things don’t go as planned in that regard. The moment Dorothy Stratten and Paul Snider enter Destiny II, things start to change. 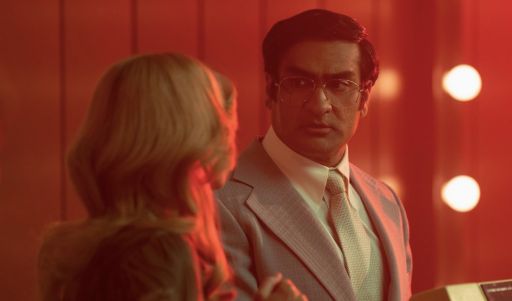 After changing his name from Somen, Steve struggles for months to establish the reputation for his company that he had hoped to. Nothing draws a crowd to Destiny II, not disco dancing, not oyster eating competitions, not women’s mud wrestling. Steve discovers that while there are many strip clubs for males, there are none geared for the female audience while out with Paul and Dorothy at a homosexual bar. That is his opportunity, and for once, his strategy is successful.

Destiny II is renamed Chippendales, and it develops into a gathering place for female fans. Nick De Noia is drawn to the location and finally contacted by Steve to choreograph the strippers. When Steve realises that Nick’s routines are actually having an impact, he decides to hire him on a full-time basis. Irene and Otis are also welcomed into Steve’s inner circle as Chippendales gradually gains popularity. Otis, the most well-liked dancer among the Chippendales, begins to become more involved with the business side of things as Steve and Irene fall in love. This irritates Nick and causes friction between him and Steve.

Welcome to Chippendales Episode 2 Ending: What Causes the Animosity Between Steve and Nick?

The plot of “Welcome to Chippendales” is geared toward a crime and the horrific finish it brought to the people involved, just like any true crime thriller. The major characters in this novel are Steve Banerjee and Nick De Noia, which indicates that their futures are looking pretty bleak. The first two episodes of the show centre on Steve’s attempts to establish his company, but the subsequent episodes reveal just how committed he is to realising his ambition. 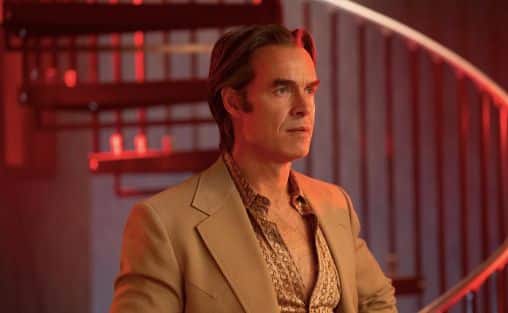 Steve demonstrates his ability to be resourceful by knowing just who to cling onto and whom to let go in order to advance his business. With Paul Snider, he performs it. When Steve believes Paul will be able to assist him, he offers him a quarter of the business. But he doesn’t think twice to cut Paul off when he realises that he is a phoney and is useless to him. We also see him bringing on talented individuals and seeing no hesitation in giving them complete creative control. The terrible thoughts forming in his head, however, manifest in his expressions when his control is questioned.

Steve thinks that Chippendales’ current success is the result of his labour of love. Nick thinks that without him, the strip club would have lost its appeal as fast as it gained it. Because of this, when Steve allows Otis to assist with other tasks, Nick perceives that his authority is being questioned and begins to hunt for solutions to restore the balance. He entertains Denise when they meet out of boredom and a little bit of spite. But after realising she is the real deal, he is eager to welcome her on board.

Because of how crucial Steve is to the project, Nick believes he has some influence on him, but Steve just considers the financial implications. He doesn’t think adding Denise to the team will be profitable until Irene suggests it. Steve thinks Nick is going too far when he threatens to quit if Denise isn’t employed. Steve, the company’s owner, doesn’t anticipate Nick’s actions because he is simply another employee. It’s clear from the way he talks and looks at Nick that he dislikes being surrounded and intimidated. We can see that things have become tense between Steve and Nick even though Irene intervenes to defuse the situation and Steve ultimately does hire Denise.

The show sets up their clash at the end of the second episode, even though there is still a long way to go before Steve finally succeeds in having Nick killed. Their shared expression indicates that their goodwill toward one another will only get worse from here. Nick wants to lay a claim on Chippendales’ success, but Steve isn’t having it. The episode also makes clear that Steve will do whatever it takes to advance his company. This time, he organises a protest to save money for business advertising. He’ll do harsher things the following time till it leads to murder, ultimately.