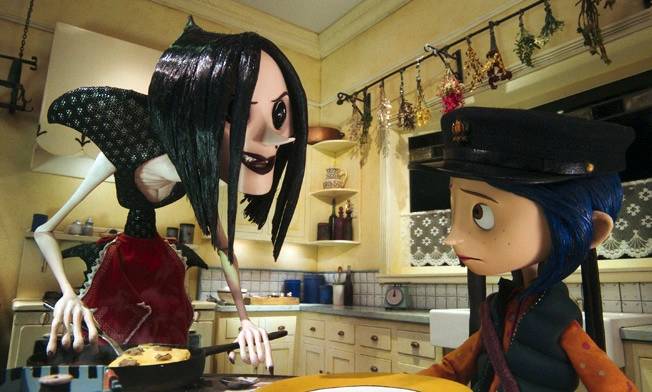 The film ‘Coraline’ is based on the same-named novel by Neil Gaiman. The dark fantasy has great stop motion animation as well as a fascinating story about a youngster lost in an alternate universe. When the child understands that the other reality hides a horrible secret, the plot turns sinister. ‘Coraline’ gained critical and commercial accolades as well as award recognition upon its initial release.

You’re probably wondering where you can watch the movie online. In that aspect, we’ve got you covered, but first, let’s go over the plot of the movie.

What is Coraline About?

Coraline is bored and neglected by her parents after moving to a new residence. She discovers a hidden door with a bricked-up corridor while exploring the property. She crosses over one night and finds herself in a world where people have buttons instead of eyes. Regardless, she is adored in this parallel reality, and her dreams are fulfilled. When Coraline rejects the Other Mother’s offer to stay back, the new world swiftly becomes unwelcoming. The girl understands she has been lured into a trap and must rely on her resourcefulness and brains to get back home.

Is Coraline on Netflix?

Netflix has an incredible selection of movies and shows, particularly when it comes to animated material. While ‘Coraline’ is not available on Netflix, ‘Corpse Bride’ is. It’s also a stop motion movie about a man who gets swept away to the underworld to marry the titular bride, leading to a series of adventures.

Is Coraline on Hulu?

Hulu’s animation programming deserves to be recognized, and the platform continues to introduce new content to stay ahead of the competition. While ‘Coraline’ is not available on Hulu, you can watch ‘Grave of Fireflies,’ a moving story about two orphans fighting for survival in the closing months of WWII.

Is Coraline on Disney Plus?

Nobody can deny that the House of Mouse is home to some of the most stunning films and television shows. Now, Disney Plus, the company’s own streaming service, serves as a central hub for all of the material. While ‘Coraline’ is not available on Disney Plus,’Coco,’ a film about a little boy who must enter the spirit world to safeguard his grandfather’s legacy, is.

Is Coraline on Amazon Prime?

When it comes to programming, Amazon Prime can compete with Netflix. While the platform’s animation lineup isn’t very strong, Prime customers are in luck in this situation. You can stream the movie by adding Starz to your existing plan. The first month is free, after which it costs $8.99 per month.

Where Can I Stream Coraline Online?

You don’t have an Amazon Prime membership? There is no need to be concerned. The movie is still available to stream and watch on Starz. You must have an existing subscription to stream ‘Coraline,’ as the platform does not appear to offer a free trial period.

Can I Stream Coraline Online For Free?

Unfortunately, there isn’t a simple way to watch ‘Coraline’ for free. If you already have a Prime membership, you may add Starz to it for free for a month. The 30-day trial period should be sufficient for seeing the film. We do, however, recommend that readers pay for all of the material they consume.