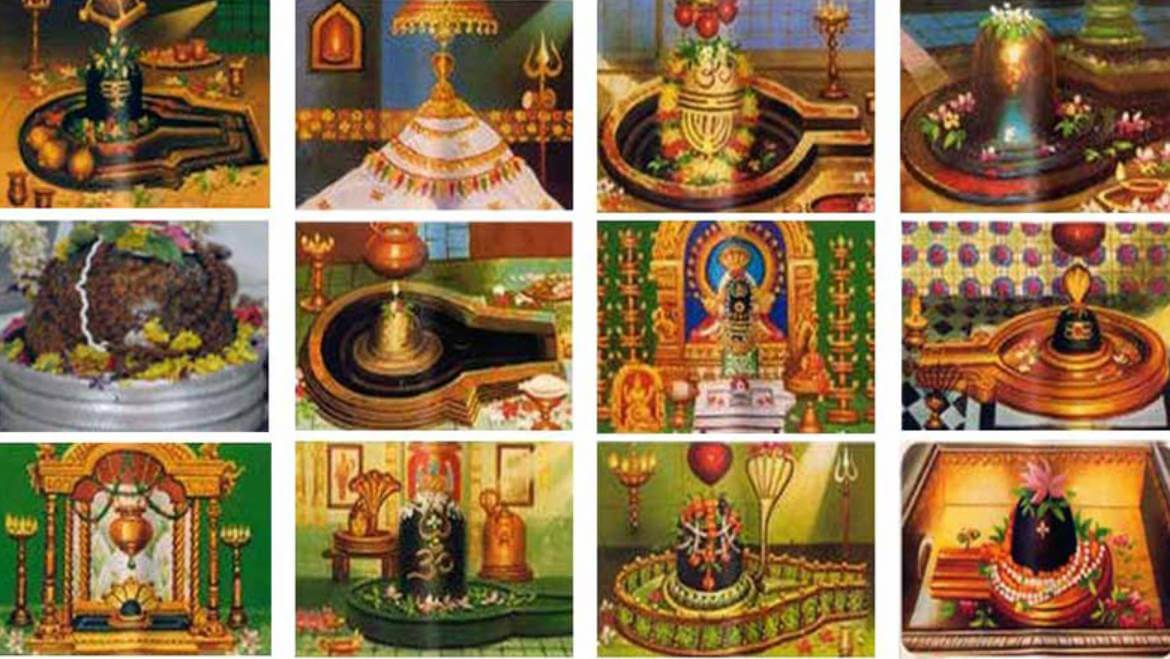 Vaijnath or Baidyanath are other names for Vaidyanath Temple. It is located in Deogarh, Jharkhand’s Santal Parganas region. This is one of the most respected Jyotirlinga temples, and worshippers believe that earnest devotion of it cures a person of all troubles and sorrows. People think that worshipping this Jyotirlinga leads to moksha, or salvation. According to tradition, the demon king Ravana prayed to Lord Shiva to come to Sri Lanka and make the country indestructible. Lord Shiva crushed Ravana’s attempt to capture Mount Kailash with him. Ravana requested penance and was granted one of the twelve Jyotirlingas on the condition that it be placed on the ground and rooted there for all eternity. Lord Varuna entered Ravana’s body while bringing it to Sri Lanka, and he felt compelled to discharge himself. In the interim, Lord Vishnu appeared in the shape of a kid and offered to hold the lingam. Vishnu, on the other hand, placed the lingam on the earth, where it became rooted. Ravana cut off nine of his heads as a sort of penance. Shiva resurrected him and, like a vaidya, connected the heads to the body, giving the Jyotirlinga the name Vaidyanath. 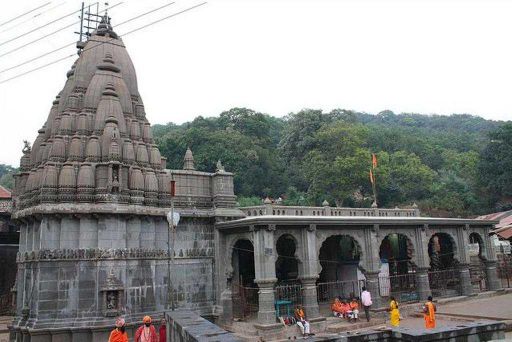 The Bhimashankar Temple is located in Pune, Maharashtra, in the Sahyadri region. It is located on the banks of the Bhima River and is thought to be the river’s source. The mythology of this Jyotirlinga’s existence is linked to Kumbhakarna’s son Bhima. Bhima promised to avenge Lord Vishnu after learning that he was the son of Kumbhakarana, who was demolished by Lord Vishnu in his incarnation as Lord Ram. He did penance to appease Lord Brahma, who bestowed enormous strength upon him. He began wreaking devastation on the planet after obtaining this level of power. He vanquished Kamrupeshwar, a devout follower of Lord Shiva, and imprisoned him in the dungeons. The Lords were enraged, and Shiva was summoned to Earth to put an end to the oppression. Shiva eventually turned the demon to ashes after a war between the two. Shiva was subsequently requested by all the Gods to make that location his home. The Bhimashankar Jyotirlinga was Shiva’s next manifestation. The Bhima River is said to have been produced by the sweat that spilled from Shiva’s body after the battle. 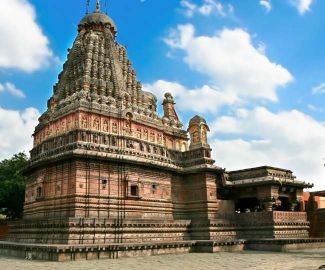 The Ghrishneshwar Jyotirlinga is located in Verul, Maharashtra, 20 kilometres from Daulatabad and near Aurangabad. The Ajanta and Ellora caves, a popular tourist attraction near this temple, are nearby. Ahilyabai Holkar, who also restored the Kashi Vishwanath Temple in Varanasi, erected this temple. Other names for the Ghrishneshwar temple are Kusumeswarar, Ghushmeswara, Grushmeswara, and Grishneswara. A couple named Sudharm and Sudeha lived atop the Devagiri Mountain, according to the Shiva Purana. Sudeha got her sister Ghushma married to Sudharm because they were childless. They had a boy, which made Ghushma happy and Sudeha envious of her sister. Sudeha, enraged, flung her kid into the lake where Ghushma used to release 101 lingams. Ghushma prayed to Lord Shiva, who eventually returned the son to her and informed her of her sister’s actions. Sudharm requested that Shiva emancipate Sudeha, and Shiva was grateful for his generosity. Shiva showed himself in the form of the Jyotirlinga and took the name Ghushmeshwar at Sudharm’s request. 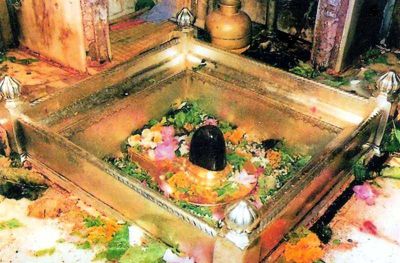 The Kashi Vishwanath Temple is located in Kashi, the world’s most respected place! It is located in the congested streets of Banaras, India’s holiest city (Varanasi). The Shivalinga, more than the Ghats and Ganga of Varanasi, is the pilgrims’ religious focus. Banaras is thought to be the location where the first Jyotirlinga demonstrated its superiority over other gods by breaking through the earth’s crust and blazing towards heaven. This temple is supposed to be the most sacred to Lord Shiva, and those who die here are said to be liberated. Many think that Shiva, the source of liberation and pleasure, once dwelt here. This temple has been renovated multiple times, but its ultimate significance has never changed. 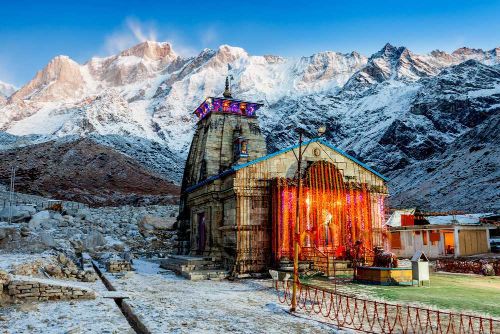 The Kedarnath Temple, one of India’s holiest pilgrimage sites, is located at a height of 12000 feet atop a mountain named Kedar in the Rudra Himalaya Range. Hardwar is around 150 km away. The temple that houses the Jyotirlinga is only open for six months of the year. The pilgrimage to Kedarnath is traditionally preceded by a journey to Yamunotri and Gangotri, where holy water is brought to offer at Kedarnath. According to tradition, Lord Shiva took up permanent residence in Kedarnath in the shape of this Jyotirlinga after being gratified by the great penance of the Nara and Narayana — two avatars of Lord Vishnu. People think that by praying at this location, one can have all of one’s wishes granted. 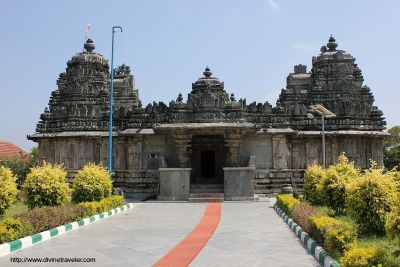 The Mallikarjuna Temple is located on the Shri Shaila Mountain in Andhra Pradesh’s southern region, on the banks of the Krishna River. It is also known as the “Kailash of the South” and is one of India’s most important Shaivite sanctuaries. Mallikarjuna (Shiva) and Bhramaramba are the temple’s presiding deities (Devi). Lord Ganesha was married off before Kartikeya, according to the Shiva Purana, which enraged Kartikeya. He departed for Kraunch Mountain. All the Gods attempted, but in vain, to console him. Shiva and Parvati eventually made their way to the mountain, but Kartikeya sent them away. They were devastated to see their son in such a situation, so Shiva took the form of a Jyotirlinga and took up residence on the peak known as Mallikarujna. Mallika is the Hindu goddess Parvati, while Arjuna is Shiva’s other name. People believe that by simply witnessing the peak of this mountain, one is cleansed of all sins and set free from the cycle of life and death. 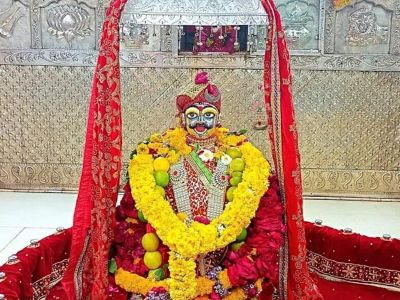 Mahakaleshwar Temple is located in Ujjain, Madhya Pradesh, on the banks of the Kshipra River, in the deep Mahakal forest. In Central India, this Jyotirlinga in Madhya Pradesh is a significant pilgrimage place. There are several legends surrounding the creation of this Jyotirlinga. According to the Puranas, a five-year-old boy named Shrikar was charmed by King Chandrasena of Ujjain’s devotion to Lord Shiva. Shrikar selected a stone and pretended to be Shiva. Many others attempted to persuade him in various ways, but his passion just grew stronger. Lord Shiva took the appearance of a Jyotirlinga and lived in the Mahakal forest, pleased by his devotion. Hindus regard the Mahakaleshwar Temple as sacred for another reason. It is one of the seven “Mukti-Sthals” – places where a person can be liberated. 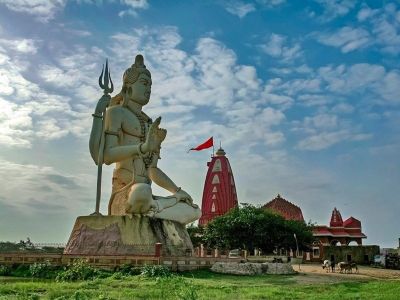 The Nageshwar Temple, also known as Nagnath Temple, is located on the coast of Saurashtra, Gujarat, on the way between Gomati Dwarka and Bait Dwarka Island. This Jyotirlinga is significant because it represents protection against all sorts of poison. People who worship at this temple are said to be free of all toxins. According to the Shiva Purana, the demon Daaruka kidnapped a Shiva devotee named Supriya. In his capital, Daarukavana, the demon imprisoned her along with several others. Supriya instructed the inmates to chant “Aum Namaha Shivaya,” which infuriated Daaruka, who chased Supriya down and killed her. In front of the monster, Lord Shiva emerged and extinguished him. As a result, the Nageshwar Jyotirlinga was born. 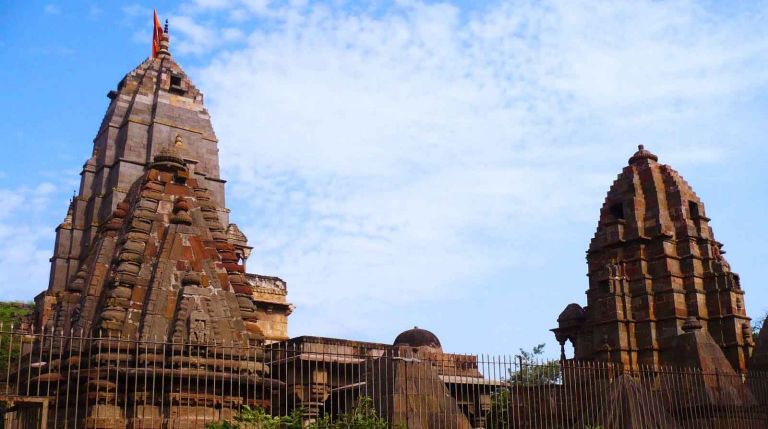 Omkareshwar Temple, one of the most venerated Jyotirlinga, is situated on the Shivapuri Island in the Narmada River in Madhya Pradesh. Omkareshwar literally means “Lord of Omkara” or “Lord of the Om Sound!” According to Hindu mythology, once upon a time, the Devas and Danavas (Gods and Demons) fought a tremendous war, which the Danavas won. The Devas were devastated, and they pleaded to Lord Shiva for help. Lord Shiva appeared in the guise of Omkareshwar Jyotirlinga, pleased with their prayers, and destroyed the Danavas. As a result, Hindus regard this location as extremely sacred. 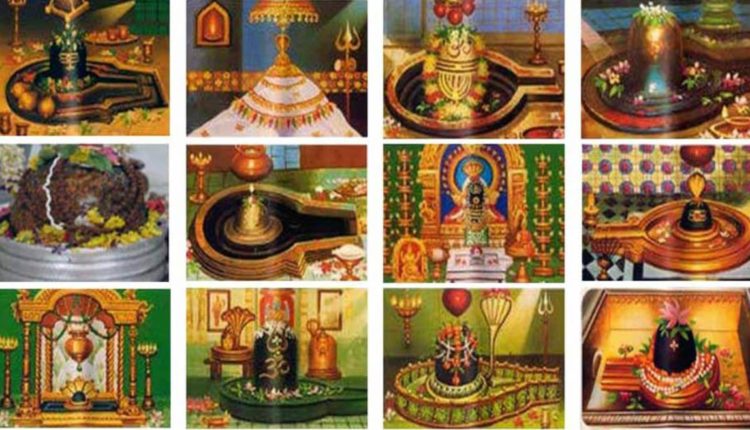 Rameshwar Temple is located on the island of Rameshwaram, off the coast of Tamil Nadu, and is the southernmost of the 12 Jyotirlingas. The architecture of this temple is well-known, particularly the long elaborate halls, towers, and 36 theerthams. This is a long-established pilgrimage site that many consider to be on par with Banaras. This Jyotirlinga is linked to the Ramayana and Rama’s triumphant homecoming from Sri Lanka. Ram is said to have halted at Rameshwaram on his trip to Sri Lanka and was drinking water on the beach when a celestial declaration was made: “You are sipping water without worshipping me.” After hearing this, Ram built a sand linga and worshipped it, asking for its blessings to destroy Ravana. He received Lord Shiva’s blessings, after which he transformed into a Jyotirlinga and stayed at the location for all eternity.

The Somnath Temple in Gujarat, considered the first of the 12 Jyotirlingas, is located near Veraval in the (Prabhas Kshetra) Kathiawad district. Gujrat’s jyotirling is a well-known pilgrimage location in the country. There is a narrative about the creation of this Jyotirling in Gujarat. According to the Shiva Purana, the moon was married to 27 of Daksha Prajapati’s daughters, the most beloved of them was Rohini. Prajapati cursed the moon, saying that it would lose all its radiance because of his indifference to the other women. After a troubled moon and Rohini visited Somnath and worshipped the Sparsa Lingam, Shiva blessed him to regain his lost beauty and brilliance. Lord Shiva took the name Somchandra at his desire and lived there for all eternity. Somnath was his name, and he became well-known. The Somnath Jyotirlinga has been destroyed and rebuilt numerous times throughout history. 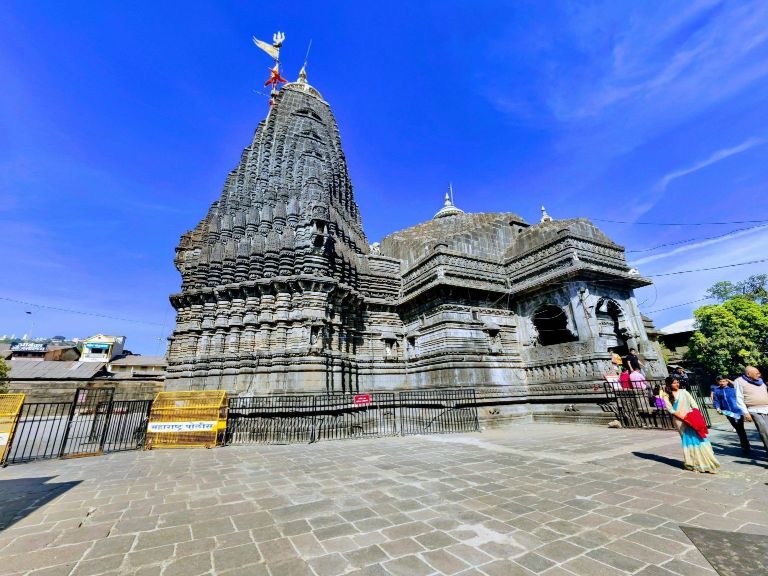 Trimbakeshwar Temple is located around 30 kilometres from Nasik, Maharashtra, amid the Brahmagiri mountain range, where the Godavari River runs. This temple is thought to be a source of the Godavari River, also known as the “Gautami Ganga,” South India’s most sacred river. According to the Shiva Purana, Shiva chose to stay here and took the name Trimbakeshwar after receiving the earnest plea of River Godavari, Gautam Rishi, and all the other Gods. Gautam Rishi obtained a boon in the form of a pit from Varuna, from which he received an endless supply of grains and nourishment. He made the other Gods envious, and they sent a cow to invade the granary. Gautam Rishi accidentally slaughtered the cow, prompting him to request that Lord Shiva do something to purify the area. Shiva asked Ganga to cleanse the earth by flowing through it. Everyone sung praises to the Lord, who was then known as Trimbakeshwar Jyotirlinga and lived alongside Ganga. Hindus believe that this Maharashtra Jyotirlinga is the one who grants everyone’s wishes.