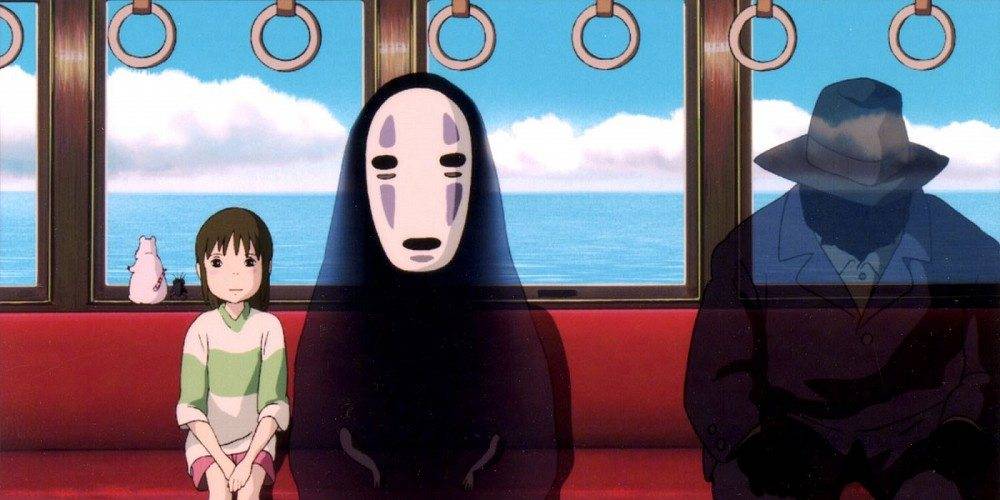 Fantasy is one genre that has exploded in popularity in the twenty-first century. Making fantasy films isn’t as tough as it once was, thanks to advances in filmmaking technology. There are a number of large animation businesses that help filmmakers realize their vision. As a result, we, the audience, get to see some of the most spectacular works on TV. Fantasy films allow audiences to escape the stresses of the real world by immersing themselves in something fantastic. That is why they are so well-liked. Today, we’ll go through the abundance of anime films and episodes to compile a list of the best fantasy anime ever made. Anime fantasy romance, gloomy fantasy anime, fantasy action anime, and adventure fantasy anime are all on the list. Several of the best fantasy anime can be found on Netflix, Hulu, Crunchyroll, and YouTube. 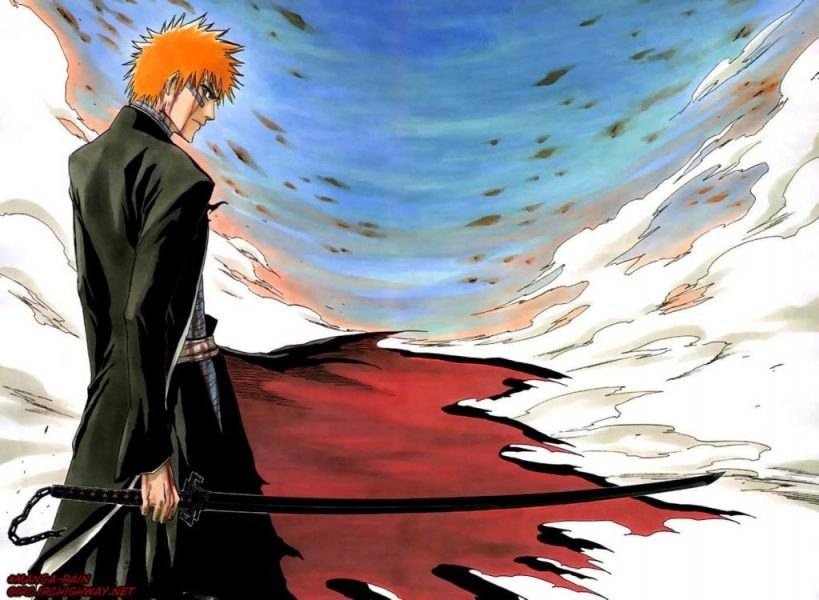 Ichigo Kurosaki is the main character of the popular anime ‘Bleach.’ He possesses an unusual skill that allows him to see ghosts. He witnesses a Shinigami fighting a large monster near his home one day. Rukia, the Shinigami, is injured in the process. She gives Ichigo her strength so that he can save his family, and thus begins his Shinigami quest. The anime is fantastic, but you will need to devote some time to it. There are around 300 episodes in total. 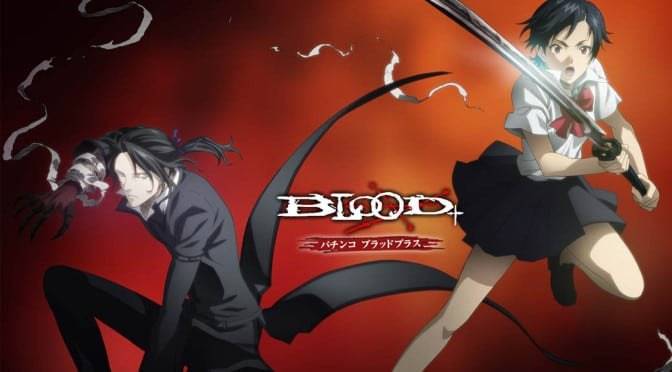 The protagonist of this anime is Saya Otonashi. She has no recollection of who she is or what her life was like a year ago. She is currently residing with her adoptive parents. Her educational life is routine and devoid of enthusiasm. But all changes when she is attacked in the school by a beast. It appears that the creature feeds on human blood. A man named Haji saves Saya by forcing her to drink his bool. When she ultimately gives in, she enters a trance-like state and gains enough power to kill the beast with her own blood. She later discovers that the man is employed by an organization dedicated to protecting the globe against such animals. Saya makes the decision to fight in the battle. 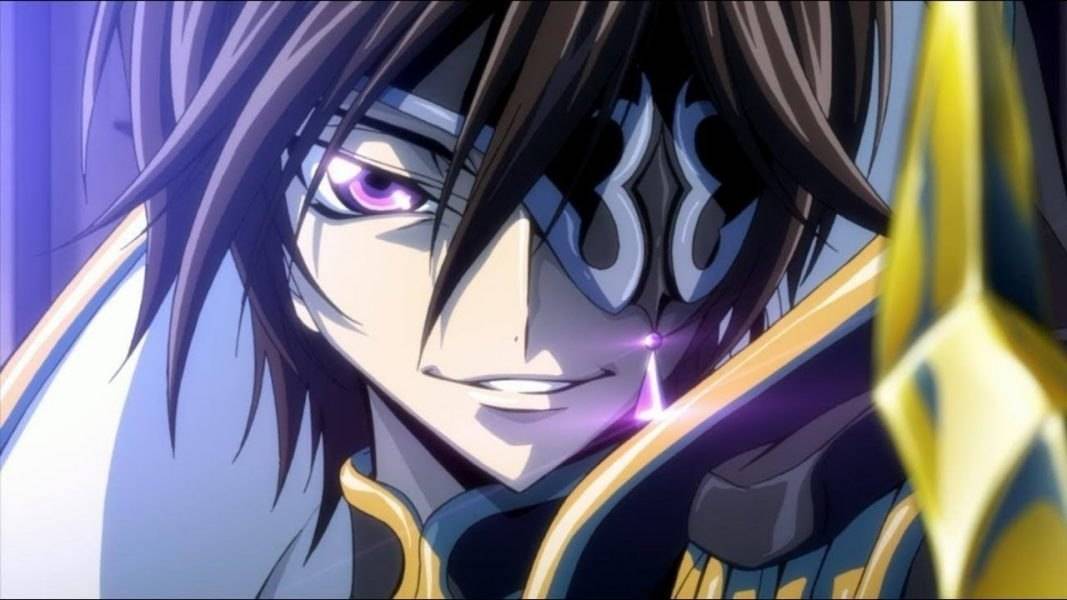 ‘Code Geass: Hangyaku no Lelouch’ is a well-liked anime with plenty of action. The story takes place in Japan. The Holy Empire of Britannia is a military force that aims to conquer all of the continents. It all starts with Japan’s conquering. Lelouch Lamperouge was a prince of Britannia in the past. However, he has now been exiled. He was caught in the crossfire but managed to escape thanks to a mysterious female named C.C who bestows upon him amazing abilities that allow him to vanquish his foes. Later, he understands that this power has far greater potential, and he intends to stop the war by becoming a vigilante. 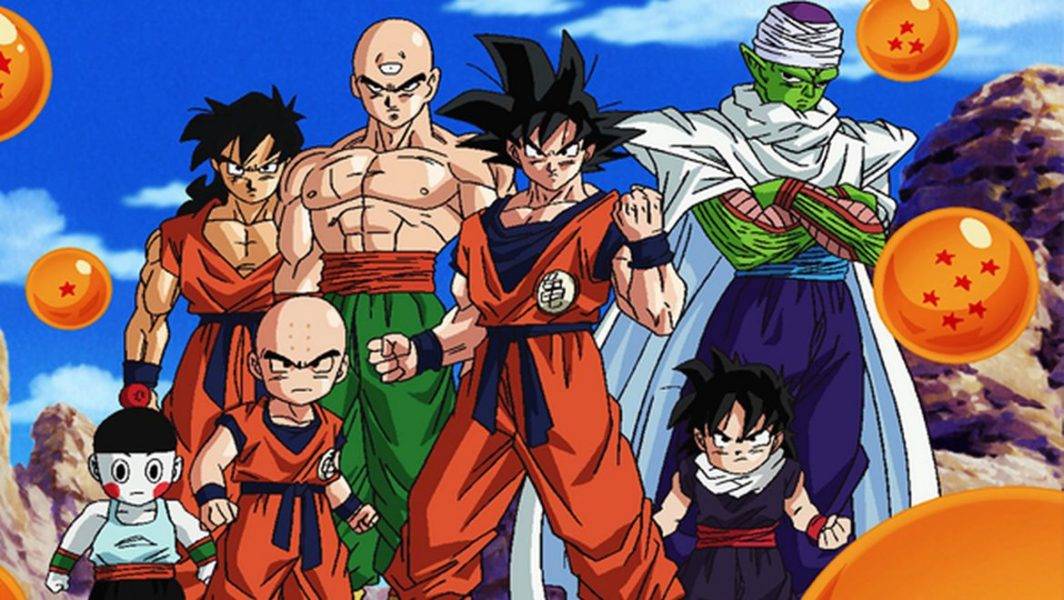 Let’s start with ‘Dragon Ball,’ a renowned fantasy anime series. When I initially started watching this series on Cartoon Network, I was fairly young. I think I saw ‘Dragon Ball Z’ initially before watching ‘Dragon Ball’. Seeing Goku as a child was a lot of joy. How much he cared for and loved his buddies. how he began to appreciate his abilities, and how he tried to be good even then Yes, I understand that he enjoys fighting and prefers powerful opponents, but that isn’t my point. He had the option of going in the opposite direction. For the uninformed, the anime revolves around an alien named Goku who seeks to protect Earth from numerous enemies while also attempting to improve himself. Seriously, he’s gotten so much better that he’s in God mode right now. 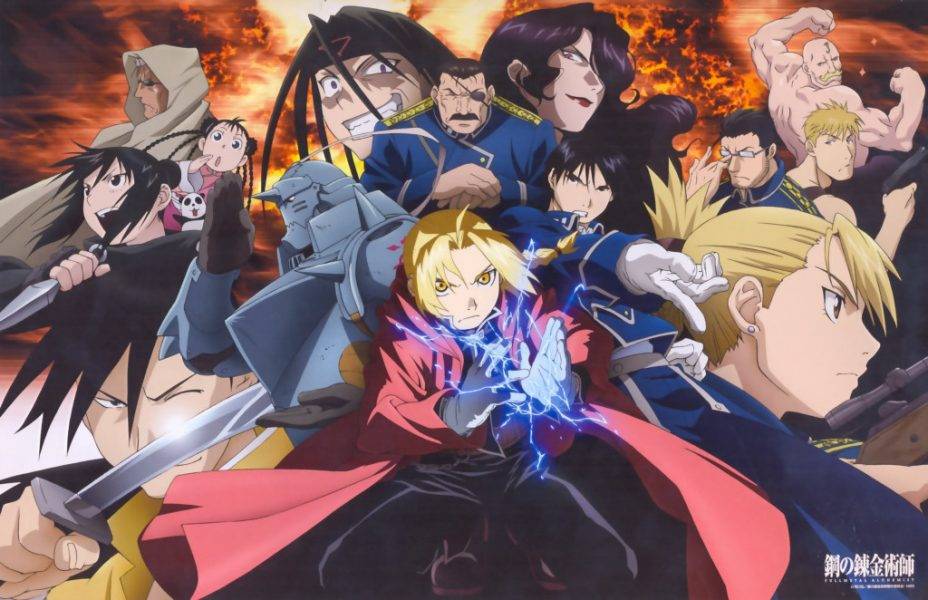 Please watch this series if you haven’t previously done so. It is one of the most popular and well-received anime series. The search for the philosopher’s stone is the plot’s principal driving factor. The stone is needed by two brothers, Edward and Alphonse. They previously employed an alchemy that backfired, causing Edward to lose two limbs and Alphonse to lose his entire body. They’ll have to rely on the stone’s abilities to get back on their feet. 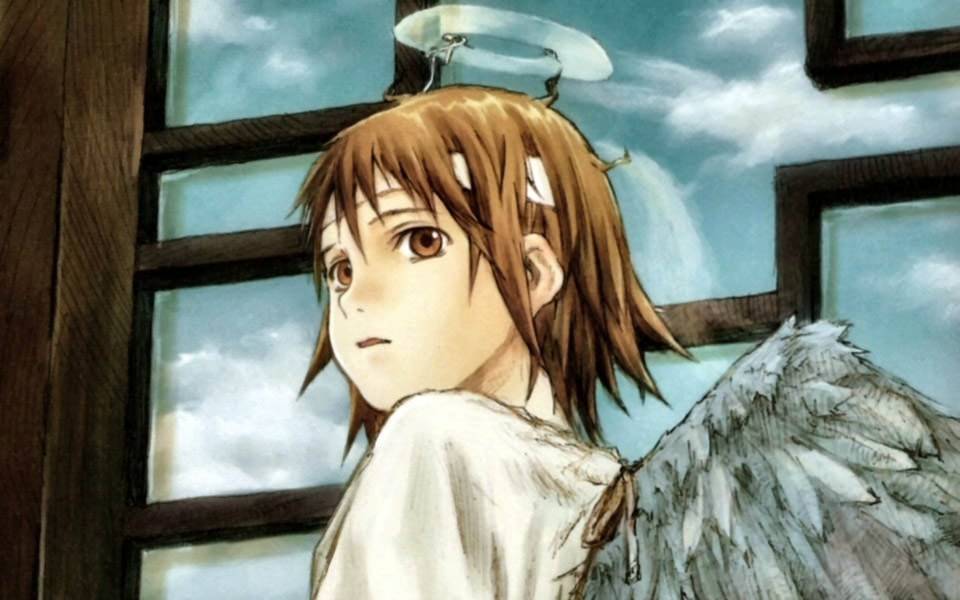 This is a charming little cartoon with a’mystery’ vibe. The primary character is a little unusual. The plot, too, is unlike anything I’ve seen before. Rakka is the series’ primary character. She’s a Haibane in her early twenties. You might be wondering what a Haibane is. Haibane, on the other hand, resembles an angel. They are born in a cocoon and have a unique physiological profile. They have small gray-colored wings and a slight halo above their heads, as if they were angels or celestial beings. Rakka is unfamiliar with her own species. She doesn’t have much of a recollection to begin with. All she knows is that there are some laws that must be followed in this village. One is to avoid approaching the village wall. Many of her species went missing on a specific day known as ‘Day of Flight.’ Rakka is determined to learn more about herself and discover the truth behind the disappearances. 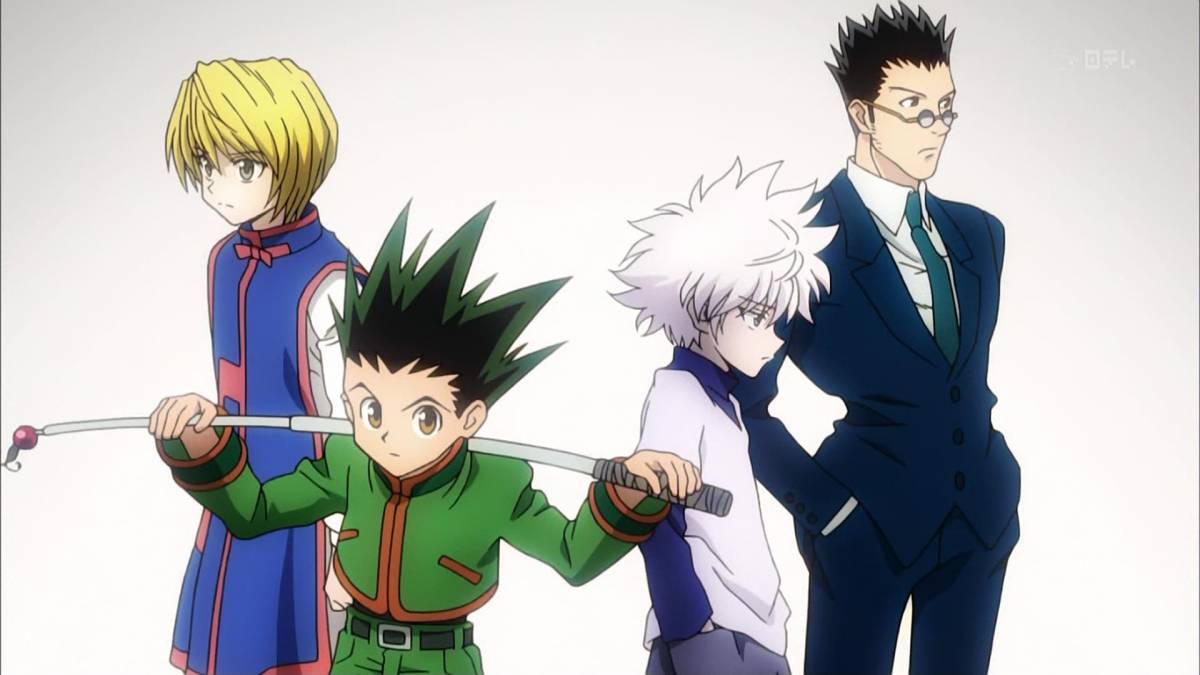 Another wonderful fantasy anime series is ‘Hunter X Hunter.’ The story follows Gon as he begins on a quest to locate his father. To become a hunter, you must pass one of the most difficult exams. There, he meets Killua, a young assassin from a family of assassins. They finish the exam together (Spoiler!!!!!!!!!!!!!!!!!!!!!!!!!! Killlua fails at first but succeeds afterwards). After that, they continue their search for Gon’s father, growing stronger and enjoying incredible adventures along the way. 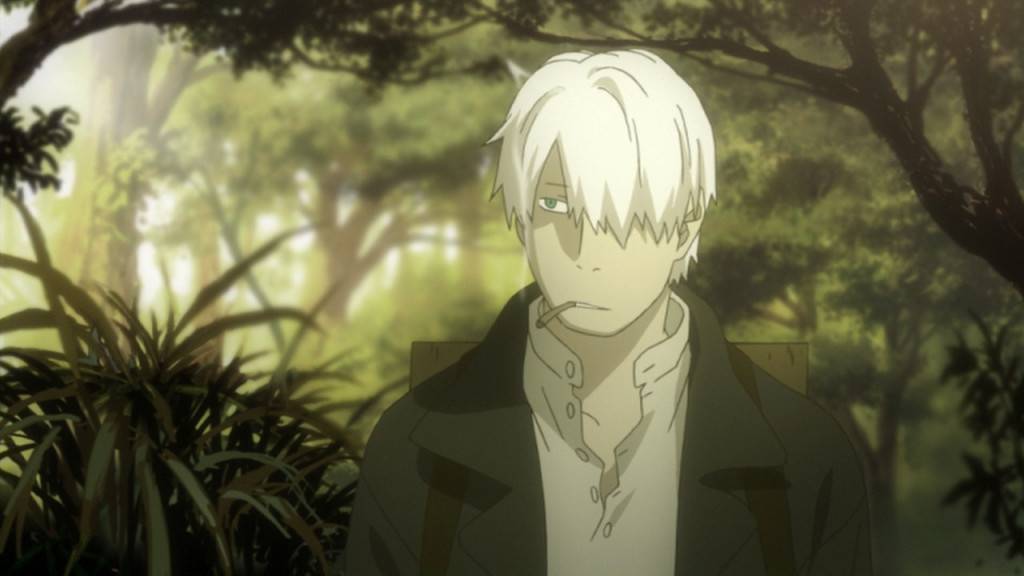 Because I’m sure many of you haven’t heard of ‘Mushishi,’ I included it on the list. Let me just mention this before I get into the plot. The plot is a little difficult to convey. Ginko, a Mushishi, is the central character in the story. Mushishi are those who look into Mushi-related phenomena. What exactly is Mushi? Mushi, on the other hand, are a unique type of life form that does not have its own existence in the anime. They behave like parasites and feed on human hosts. They are thought to be the most primitive form of life. The series follows Ginko as he attempts to solve one crime after another while also learning more about Mushi. 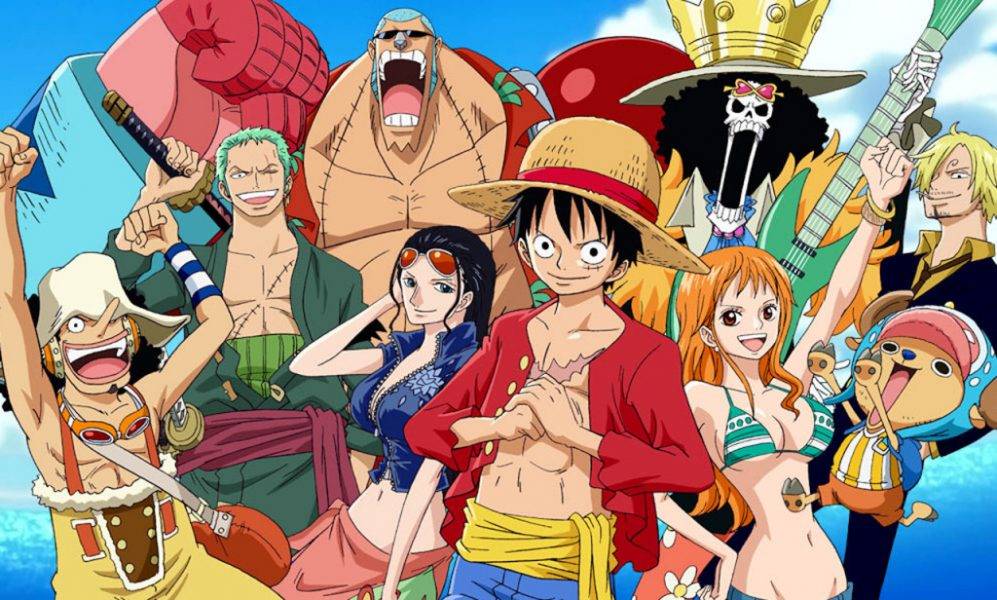 Even if pirates are a pain in the neck and cause a slew of problems at sea in real life, these pirates will make you fall in love with them. The ‘Straw Hat’ pirates from the ‘One Piece’ pirate-themed fantasy adventure series. The series is a lot of fun to watch. It began approximately two decades ago and has amassed millions of followers throughout the world. The plot follows Monkey D. Luffy and his crew of pirates as they set off to find Gol D. Roger’s riches and become the pirate king. Monkey has extraordinary abilities that allow him to lengthen his limbs. This is because he ate a devil fruit when he was a child. 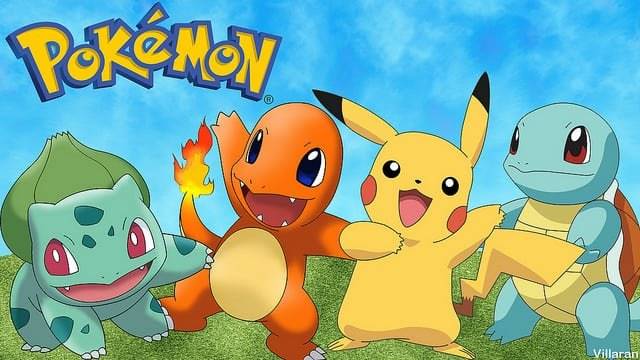 Call me a kid, but I enjoy playing ‘Pokemon.’ Maybe it used to be that that. I haven’t seen any recent movies or episodes, so I can’t comment on the franchise’s present situation. But, in any case, I enjoyed the episodes that I saw. I’m a huge fan of the creatures themselves. Each of them has put a lot of thought and creativity into it. I like how Ash Ketchum is used to teach kids and young people that perseverance and hard work can get you through anything. So, if it’s for kids, why do I watch it? Because the adventures and individuals fascinate me. The key point is that I enjoy immersing myself in a world full of fantastic creatures that cohabit with humans on occasion. They do, however, employ them in conflicts (didn’t I just contradict myself?). 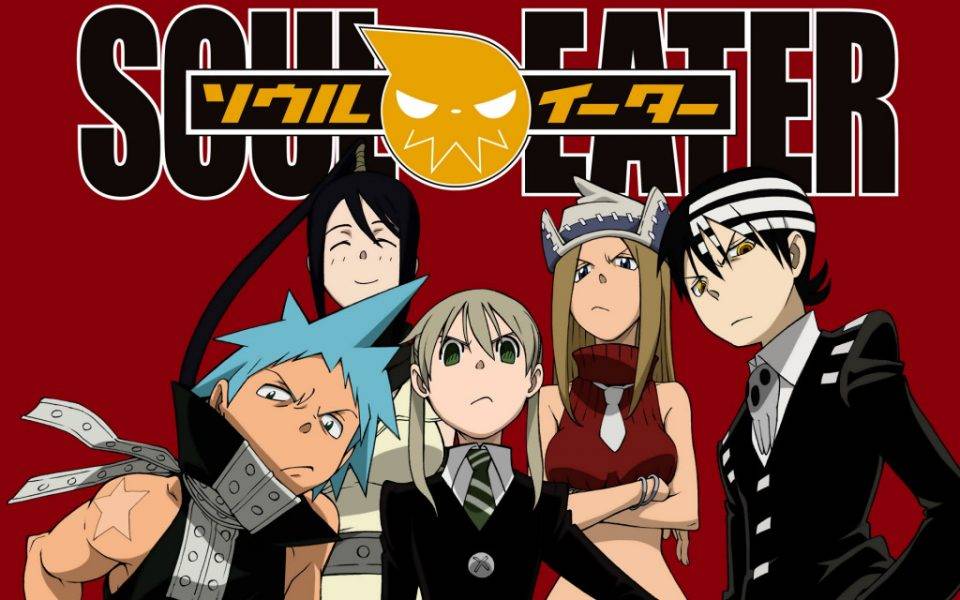 Death Weapon Meister Academy is well-known for training Shinigami Death Scythes. I said ‘raising,’ not’making,’ or ‘creating.’ This is due to the fact that the Death Scythes are not constructed of steel or any other strange metal capable of producing gleaming claws. The weapons are special human hybrids with the ability to morph into shinigami-friendly weaponry. Lord Death is the head of the academy. The series mostly follows the Death Scythes and their Meisters as they train together to reach their full potential and combat evil. 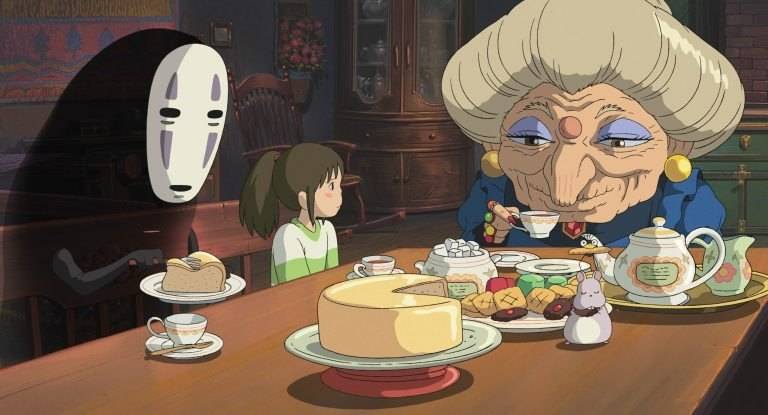 ‘Spirited Away,’ another fantastic fantasy anime film, comes up next. Chihiro Ogino is the kind of naughty youngster you’d expect to see in a fantasy film. The type of kid who pokes around everywhere, inquisitively, and eventually discovers something fantastical, thus beginning the adventure. Chihiro is exactly the same way. On their way home, she and her dad came across an abandoned amusement park. She takes the plunge. Everything appears normal at first, but as dusk approaches, the atmosphere shifts. Strange events occur. Her parents transform into pigs, much to her surprise. The journey, or rather misadventure, has just just begun. 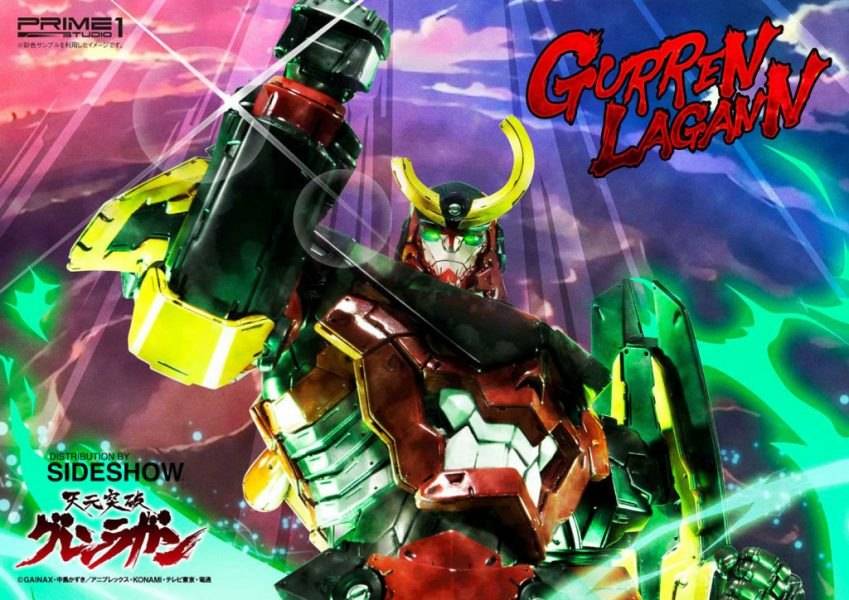 ‘Tengen Toppa Gurren-Lagann’ is a fun fantasy and adventure anime series. Simon and Kamina are the show’s primary characters. The two were nurtured in a subterranean community. The surface of the Earth is a notion for stories and a subject of imagination for them and their people. However, their lives are turned upside down when they discover an ancient war artifact known as Lagann. Fortunately for them, the weapon came in handy when they were targeted by a surprise attack from the surface. Following the struggle, they decided to go out into the open and investigate the Earth’s surface.

This anime was fantastic. It features a fantastic plot and a diverse cast of people. The plot revolves around a group of childhood pals who used to be quite close. Their group broke and grew apart after one of their pals, Meiko, or Menma as they used to call her, died. Jinta, who has become a recluse and does not attend high school, is the focus of the narrative years later. He begins to see Menma’s ghost, who asks him to assist her in granting a desire so that she might pass on to the other side. Jinta reassembles the gang after she forgets about her wish. As the characters begin to expose their emotions, hidden feelings begin to surface. 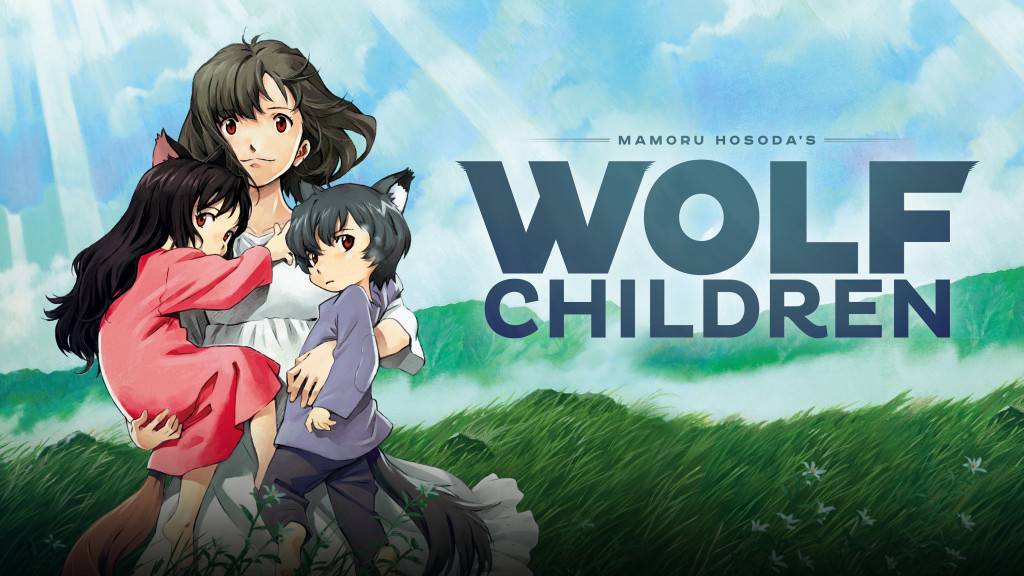 I’ve said it before, I’ll say it again today, and I’ll keep on saying it: anime movies are fantastic. You won’t have to devote much of your time to watching them, nor will you have to commit for months to finish the series. Two hours is all it takes to be transported to different planets or to learn about and care for distinct characters. ‘Wolf Children’ is a fantastic film. This was a fantastic film. It tells the story of Hana, a lady whose lover is a werewolf who is the last of his kind. Even after learning the truth, she still loves him. They have two lovely children who have inherited their father’s traits. However, he passes away, leaving Hana to care for her children alone. She makes the decision to go to the countryside in order to provide the best possible life for her children. This is a truly touching story.