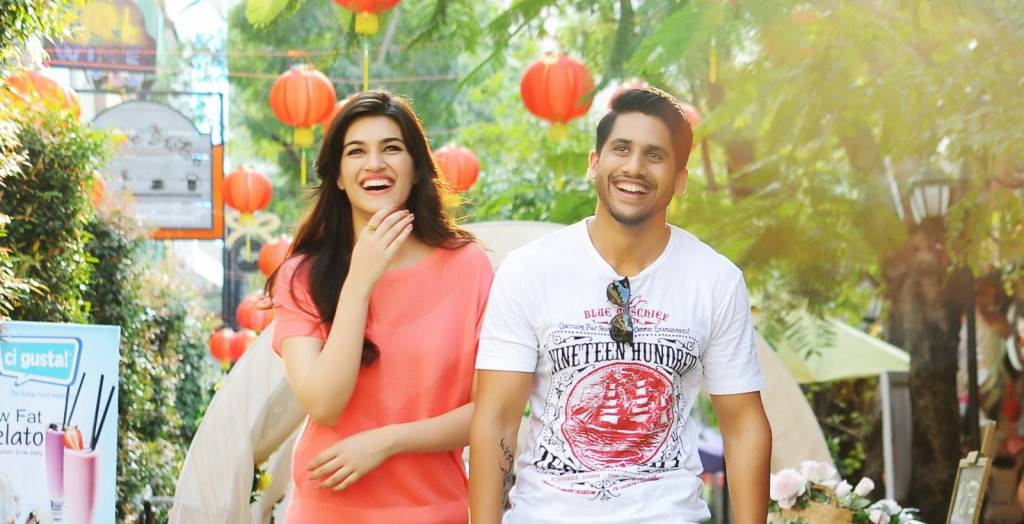 Naga Chaitanya comes from a long line of famous actors, musicians, and painters. While his father, Akkineni Nagarjuna, is regarded as one of Telugu cinema’s most successful actors, entrepreneurs, and producers, his paternal grandfather, Akkineni Nageswara Rao, was a legend and one of Tollywood’s pioneering artists, alongside the likes of N T Rama Rao, Krishna, Dasari Narayana Rao, and others. Naga Chaitanya made his Tollywood debut in 2009 with the critically and commercially successful film ‘Josh.’

Even though Naga Chaitanya has only been in the industry for nine years and has only appeared in 18 Telugu films, he is already regarded as a star and established actor. Though he has only a few successful films to his credit, his elegant demeanor and performances have a larger following than we might imagine. Naga Chaitanya Akkineni has only performed in a cameo role in ‘Mahanati’ since marrying Samantha Ruth Prabhu in 2017, aside from his present involvement in two post-production films. With that said, here is a list of the best Naga Chaitanya movies, hand-picked from his extensive history. Some of these Naga Chaitanya films are also available to watch on Netflix or Amazon Prime. 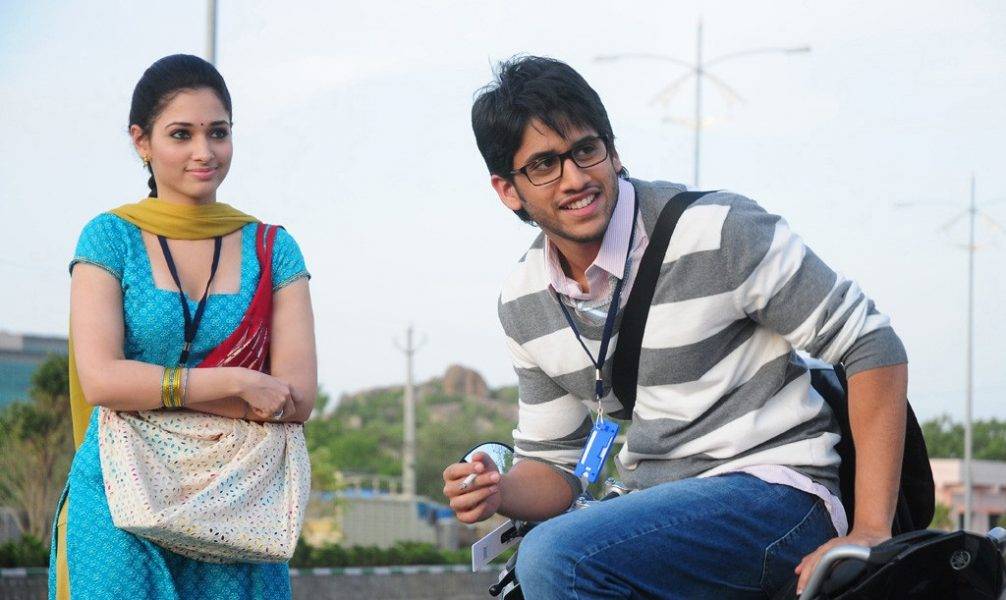 ‘100 percent Love,’ from ace filmmaker Sukumar’s kitty, was highly received by critics and audiences alike, making it one of the year’s most successful films. Balu, a top student, receives a visit from his distant cousin Mahalakshmi, who seeks Balu’s assistance in her studies. To Balu’s surprise, Mahalakshmi takes first place in the class, leaving him in second place, and he pledges to dethrone her the following time. To both of their amazement, Ajith, a colleague, is the second highest-ranked. They fall in love over time, and even after three years and establishing his own business, Balu finds it difficult to live without Mahalakshmi, who comes to his rescue in a last-ditch attempt. The genuine humor and adorable romance, as well as the chemistry between Naga Chaitanya and Tamannaah, make the film memorable.

Chandu is played by Naga Chaitanya, a conman who adores Meera (Kriti Sanon) and has just two goals in life: to rescue his father from prison and to assist his sister with her medical study. He simply needs the money, and the rest of his life is taken care of. When a bag containing 20 million rupees is discovered, things quickly go haywire because there are a slew of other people wanting the large sum. The film’s intermittent comedy and freshness may be its highlight, despite the fact that it contains nothing out of the usual. 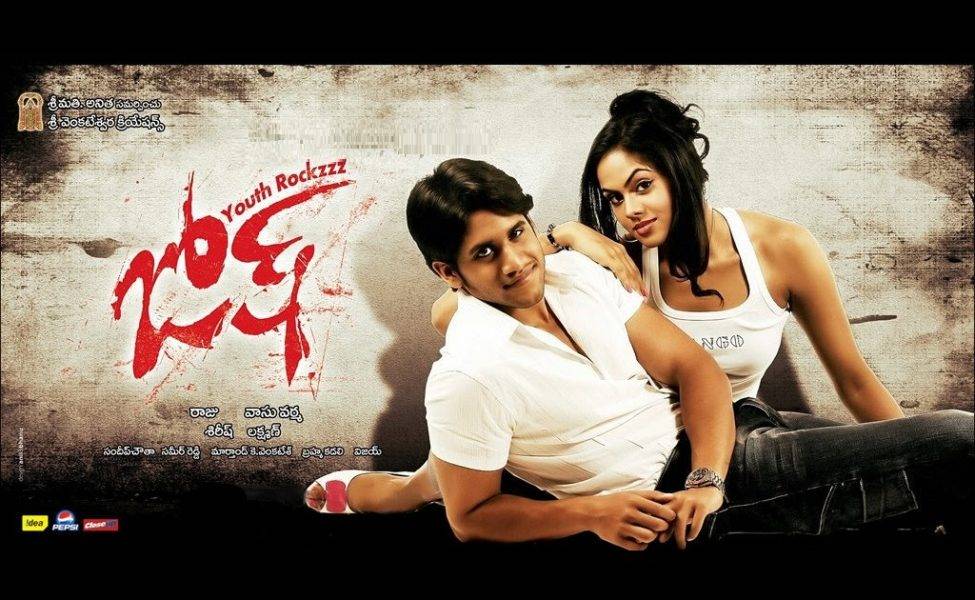 ‘Josh,’ Naga Chaitanya’s debut film, for which he won a Filmfare (South) Award for Best Male Debut, is the narrative of a typical metropolitan hothead who wants to change the way things are around him. Satya, who was once thought to be a bad company, learns the true meaning of life following a tragic event in which an innocent Bujji is killed and he is injured. Satya works at MGM College to bring about change by reducing the power of local mafia leader Durga Rao, all the while falling in love with Vidhya, a teacher. The storyline of ‘Josh’ is claimed to have been influenced by Nagarjuna’s 1983 superhit film ‘Siva.’ 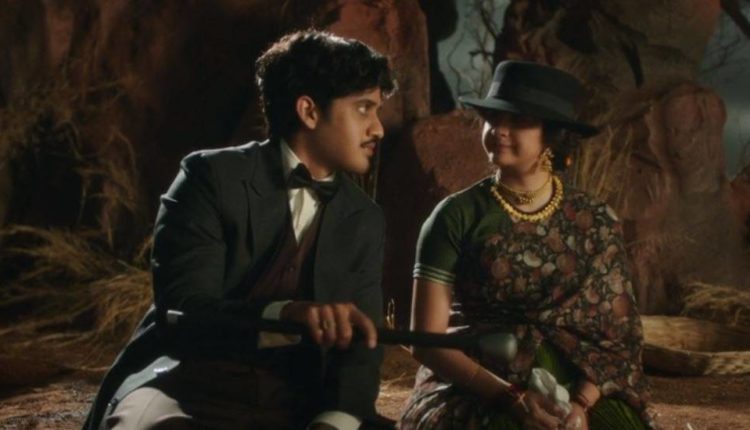 ‘Mahanati’ is at the bottom of the list due to a minor cameo appearance by Naga Chaitanya; otherwise, it would have easily topped any ranking and is perhaps the best Telugu film ever filmed. ‘Mahanati,’ a film that was billed as the first of its type to chronicle the lives and times of the first Indian female superstar Savitri, debuted to amazing reviews and became a box office hit. Savitri, a famous actress from the past, died a tragic death after succumbing to alcoholism and melancholy, and Keerthy Suresh has done an excellent job portraying Savitri. Naga Chaitanya appears in a cameo role, this time as his own grandfather Akkineni Nageswara Rao, who was at the height of his career at the time. I wish I could say more about this wonderful film. 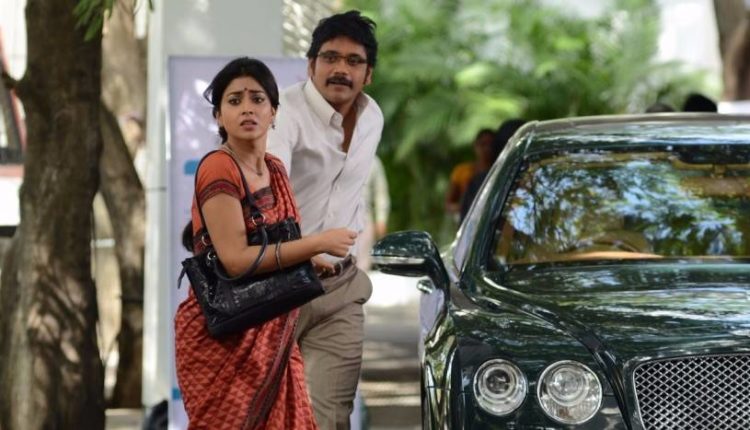 ‘Manam,’ a film that for the first time ever united three generations of the same family together on screen, stars Akkineni Nageswara Rao, Akkineni Nagarjuna, and Akkineni Naga Chaitanya, who play the real-life grandpa, father, and son, respectively. The film went on to win the Filmfare Award for Best Film and was Nageswara Rao’s final project before his death.

Radha Mohan and Krishna (Naga Chaitanya and Samantha) are a married couple who, despite their stormy marriage, had a kid they name Nageswara Rao (Nagarjuna) before dying in a car accident. After a few years, Nageswara Rao is surprised to meet his parents’ doppelgängers and befriends them, attempting to pair them up. Chaitanya (Akkineni Nageswara Rao) is an elderly man who is taken aback when he sees his parents’ lookalikes – Nageswara Rao and Dr Anjali – and seeks to unite them. Surprisingly, all of the children’s parents had died in a car accident near the same clock tower. ‘Manam,’ a wholesome entertainer with an ensemble cast, is a wonderful story of love and relationships, and the story is a definite winner, being one of the most convoluted in recent memory. The music is moving and will linger in your mind for a long time. 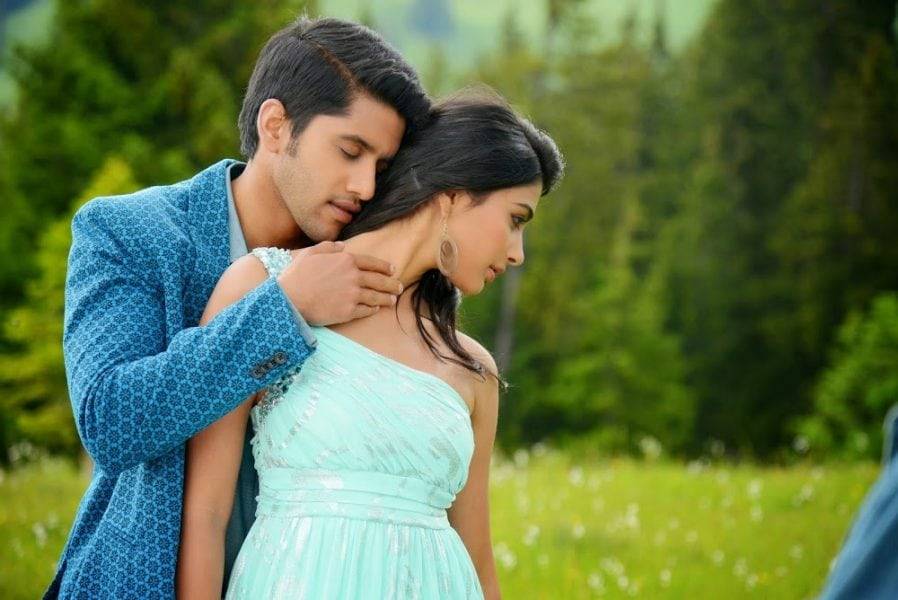 In a first, Naga Chaitanya also directed and produced ‘Oka Laila Kosam,’ which did well at the box office. Nandana is played by Pooja Hegde, and Karthik is played by Naga Chaitanya. Karthik is an apparent flirt who has graduated from the ISB and has fallen in love with Nandana, whom she refuses to accept. Karthik is also writing a novel called ‘Oka Laila Kosam,’ which is eventually published, and in a last-ditch effort to win her over, he has a star named after her. Nandana only realizes Karthik’s true love for her when she reads his novel, which turns out to be based on Karthik’s own interactions with Nandana and his sentiments about her and how much he loves her. ‘Oka Laila Kosam,’ a feel-good film with plenty of laughs, is a pleasant viewing. 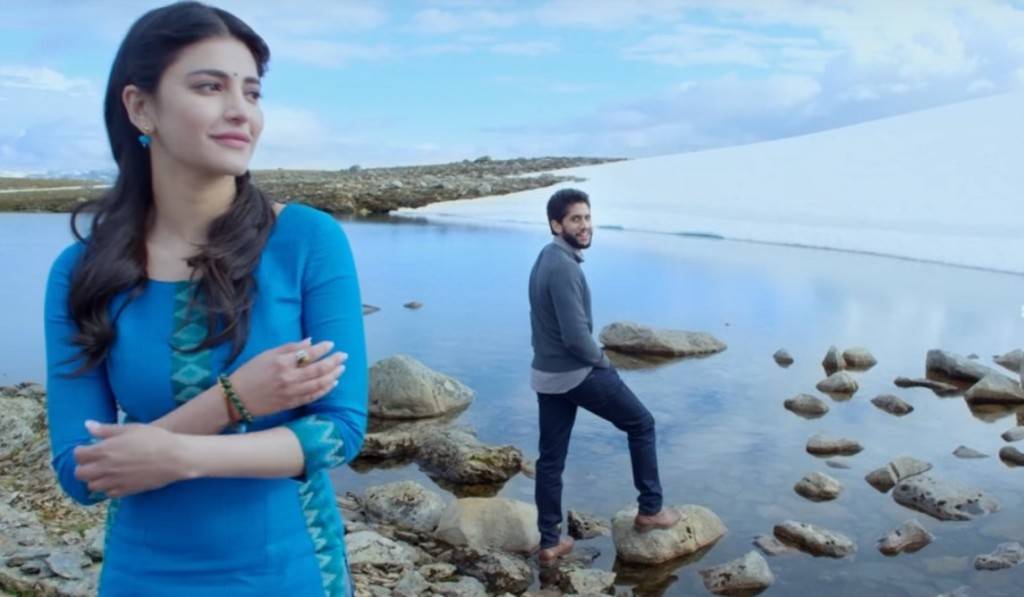 ‘Premam,’ an official adaptation of the Malayalam film of the same name, stars Shruti Hassan and Naga Chaitanya in one of the first roles. Vikram is a happy-go-lucky guy who is head over heels in love with Suma, one of the most attractive women he has ever seen. He has to let go of her after a blunder with the exchange of love letters, and five years later, he falls for Sithara (Shruti Hassan), a teacher who also exhibits interest in him. Although Vicky’s fate requires him to be unmarried a decade from now, the romance is incredibly well-portrayed. It is revealed that after becoming an ace chef in his own restaurant, he was promised by an astrologer that his wife’s name will begin with a “S.” Despite the fact that the picture is not comparable to the original in any way, Naga Chaitanya provides a career-best performance.

‘Rarandoi Veduka Chudham,’ billed as a complete family entertainer, is full of cliches and is the same old wine in a fresh bottle, with the exception of Naga Chaitanya, who appears in this sub-genre for the first time. Siva and Brahma (Rakul Preet Singh), a village girl that Siva falls for, are the central characters of the film. As a result of her upbringing, Brahma is naive of the realities of the real world and is on the lookout for a prince charming in shining armor as she pursues her MBA in Visakhapatnam. To prove himself the suitable suitor for the marriage, Siva must turn a lot of tables. RVC is merely decent at best because it is too much of the same, with Naga Chaitanya being the sole change. 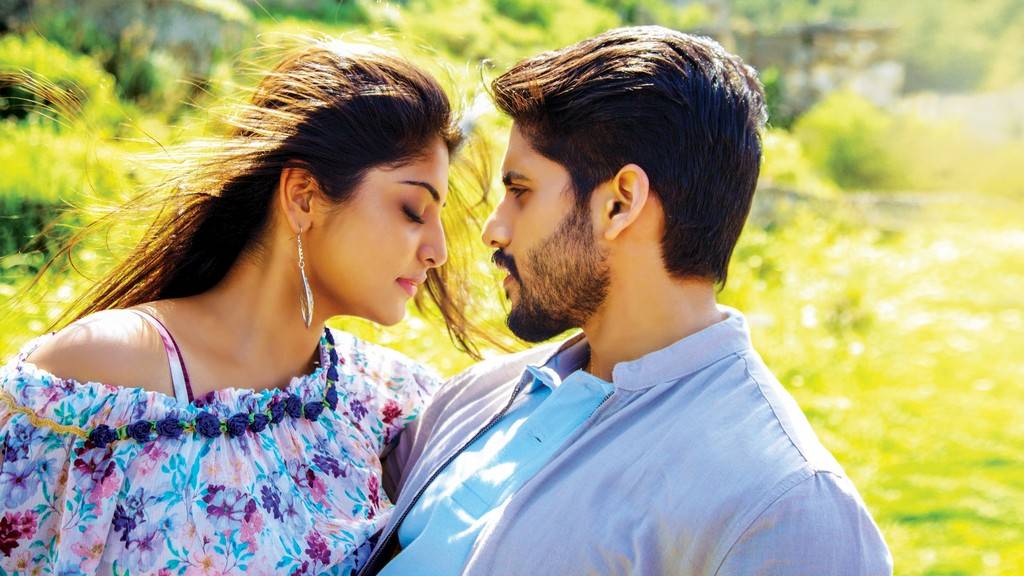 ‘Rarandoi Veduka Chudham,’ billed as a complete family entertainer, is full of cliches and is the same old wine in a fresh bottle, with the exception of Naga Chaitanya, who appears in this sub-genre for the first time. Siva and Brahma (Rakul Preet Singh), a village girl that Siva falls for, are the central characters of the film. As a result of her upbringing, Brahma is naive of the realities of the real world and is on the lookout for a prince charming in shining armor as she pursues her MBA in Visakhapatnam. To prove himself the suitable suitor for the marriage, Siva must turn a lot of tables. RVC is merely decent at best because it is too much of the same, with Naga Chaitanya being the sole change. 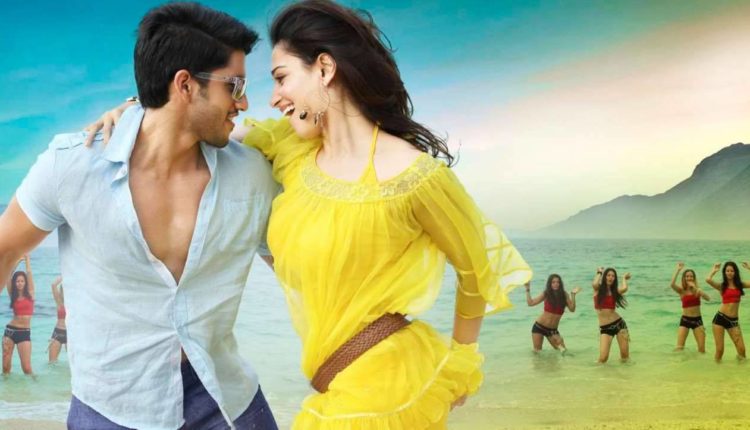 If this seems similar, it’s because two brothers, one better than the other, fall in love with two sisters and join forces to defeat a criminal who “runs” the city. ‘Tadakha’ is much of the same, despite the fact that Naga Chaitanya has taken on a pseudo-supporting role until the very end. Siva (Naga Chaitanya) and Karthik (Siva) are brothers. Karthik, on the other hand, is more of a spur-of-the-moment type, whilst Siva is all about his moral uprightness. Siva joins the police force after the death of their father, who was also a cop, and is on the hunt for Bagga, a notorious smuggler, while Karthik proves to be Siva’s saviour throughout. The film ‘Tadakha’ was a box office success. 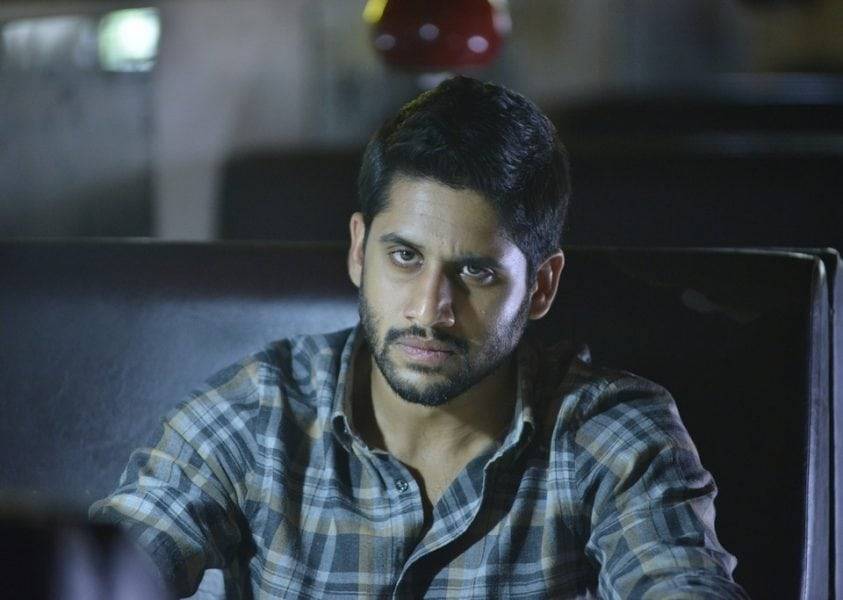 When Arjun’s parents go missing one lovely day as he is battling with a new drone project, his world is flipped upside down. Bomb blasts rock the city as he searches for his parents, owing to the politicians-mafia nexus, and his parents have been found dead, allegedly from natural causes. The center of the film is Arjun’s journey to find the true criminals with the help of JD Shastri, a morally pure cop. Though the emotional aspects of the film are skillfully handled, whether it is the bonding between Arjun and his socially conscious parents or between him and his love interest Anjali, the action and intensity are lacking. Still, with the stellar cast and mediocre performances, it’s a watchable film. 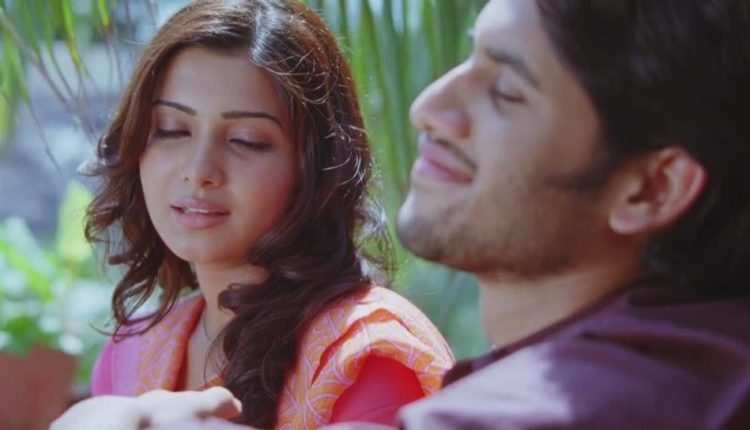 Another timeless masterpiece by Gautham Menon, ‘Ye Maaya Chesave,’ stars the prospective pair in the key parts, and the film was also released in Tamil with Simbu and Trisha Krishnan in the lead roles. Karthik, a professional assistant director, falls in love with Jessie, a girl from a Catholic family, in the film. Despite the fact that Jessie has no interest in Karthik, the latter is fascinated with her and wants to marry her at all costs. Soon, the desire turns hazardous, and despite Jessie’s growing feelings for Karthik, she is compelled to marry another man, and the two break up. After three years, Karthik discovers that Jessie has not married, and they eventually marry. While the Telugu and Tamil versions reach different conclusions, the coupling, together with the music and superb direction, is a clear winner in ‘Ye Maaya Chesave.’