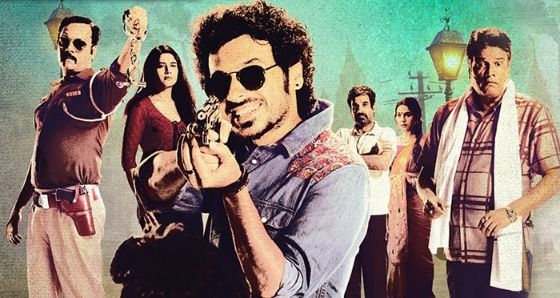 Bicchoo Ka Khel is a Hindi web series that will debut on ALT Balaji on November 18th, 2020. The online show, directed by Ashish Shukla, is a crime drama thriller that is currently airing. It’s also available on the Zee5 platform. Furthermore, Divyenndu Sharma, a budding web series star, co-stars with Trishna Mukharjee and Anshul Chauhan as the key character.

A crime drama with an LGBT undertone. The drama is set in the little town of Banaras and tells the story of a mastermind, Akhil (Divyendu), who escapes from prison despite perpetrating a murder during a college fest. ‘Bicchoo Ka Khel’ begins when Akhil accepts a critical task, namely, to exact revenge for his father’s mysterious death. As a result, get ready to experience never-before-seen suspense, thrills, and drama with a series of twists and turns.

Divyendu Sharma has once again demonstrated his superiority. Throughout the web series, the Mirzapur actor shines. His immaculate acting and excellent talent keep you engaged till the very last episode. Other supporting performers, except him, do an excellent job. Furthermore, the plot is an important component of ‘Bicchoo Ka Khel’s success. Finally, ALT Balaji deserves praise for providing audiences with fantastic works such as Mum Bhai and then this back-to-back!!