Two movies based on the family memoir of the real-life Gilbreth family, which playfully recounted what it was like to grow up in a household with twelve children, have been released. The twelve children were portrayed by actors including Jeanne Crain and Barbara Bates in the 1950 film, which was directed by Walter Lang and starred Clifton Webb and Myrna Loy as the Gilbreth parents. After that, Steve Martin and Bonnie Hunt appeared on screen as Mr. and Mrs. Baker together with their twelve children in the Shawn Levy-directed 2003 version. Some of the children were portrayed by early 2000s stars such Hilary Duff, Alyson Stoner, and Piper Perabo.

On March 18, 2022, Disney+ will release the reboot of Cheaper by the Dozen. In this remake, the iconic Baker (formerly Gilbreth) family is recreated with new cast members and familial dynamics. 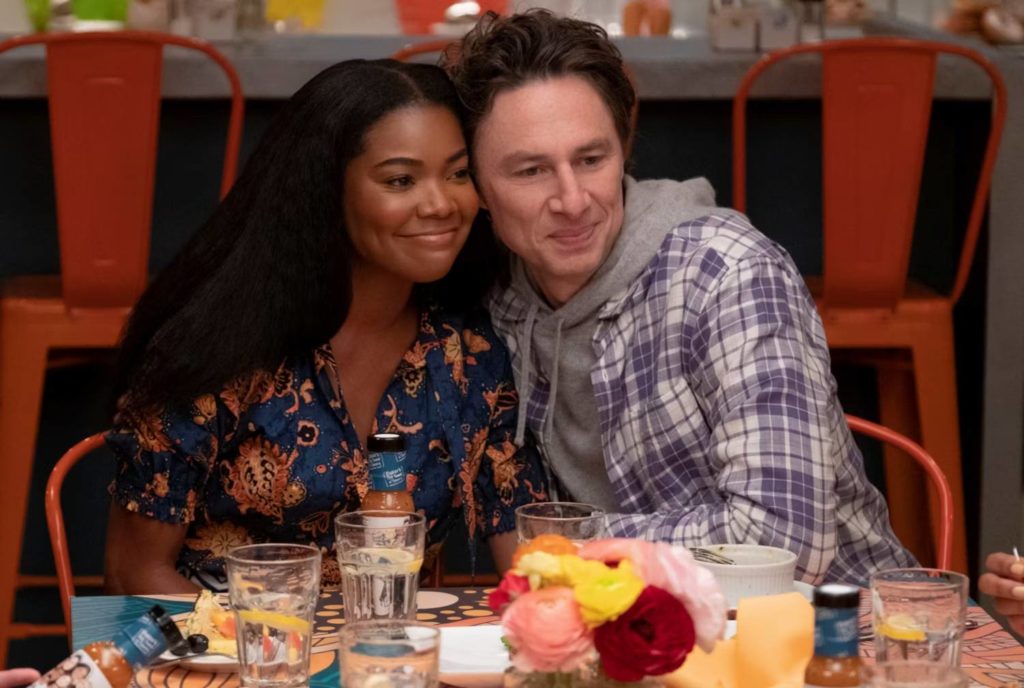 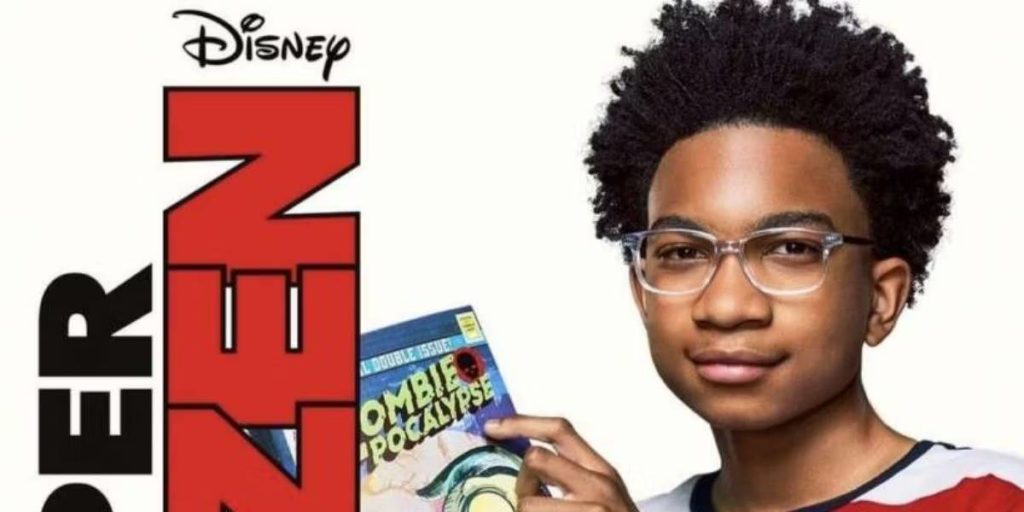 Andre Christopher Robinson, who is most known for his voice acting skills, portrays DJ Baker. Like Rogers, he has appeared in a single episode of a number of TV shows, such as Stillwater, Miraculous: Tales of Ladybug & Cat Noir, and Dragons: Race to the Edge.

Robinson has also played more significant roles in voice acting productions. He provided the voice of Cutter in the Netflix original series Dragons: Rescue Riders and the Peacock original series Dragons Rescue Riders: Heroes of the Sky. He also portrayed Donny McStuffins for the Disney Junior programme Doc McStuffins. He co-starred with Disney diva Raini Rodriguez, who provided the voice of Gretel, in Netflix’s A Tale Dark and Grimm as Hansel. Robinson also played the title character, Niko, in the Amazon Prime Original series Niko and the Sword of Light. In the five-season Nickelodeon series The Loud House, he also provided the voice of Clyde. The prolific voice actor’s appearance in front of the camera for Cheaper By the Dozen will be an intriguing treat for fans of these animated series. 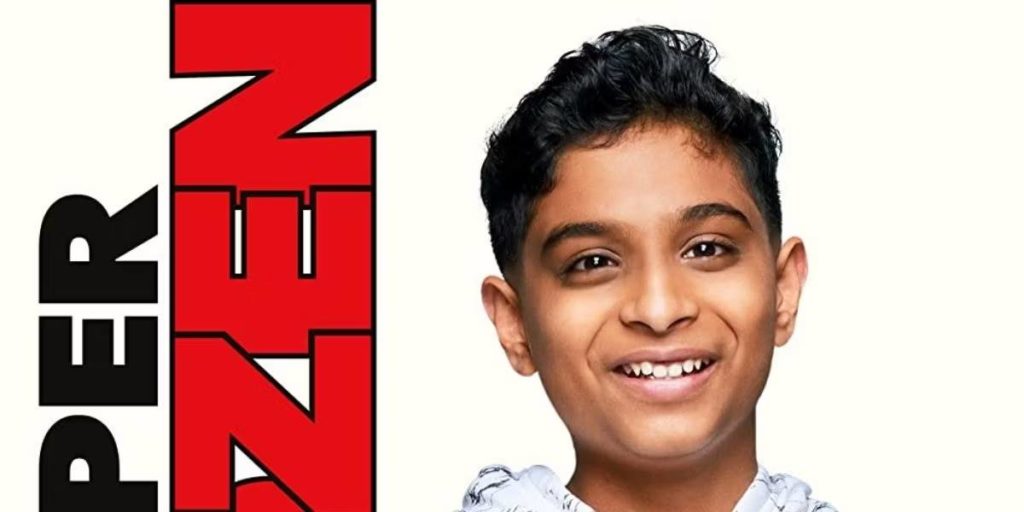 Aryan Simhadri, a Disney Channel performer, plays Haresh Baker in the Disney+ remake. He started his acting career, like the other young actors on this list, with bit parts in TV episodes, landing roles in SEAL Team, The Unicorn, and Will & Grace. Through his employment with Disney Channel, Disney Junior, and Nickelodeon, he developed his expertise and increased his notoriety.

Simhadri has recently appeared in two voice-over parts. He portrayed the recurrent character Dhruv in the Disney Junior programme Mira, Royal Detective, and he played Banky in the Nickelodeon and Paramount+ Original TV series Adventures in Wonder Park.

Simhadri is prepared for his role in Cheaper By the Dozen because to his extensive experience working with Disney. 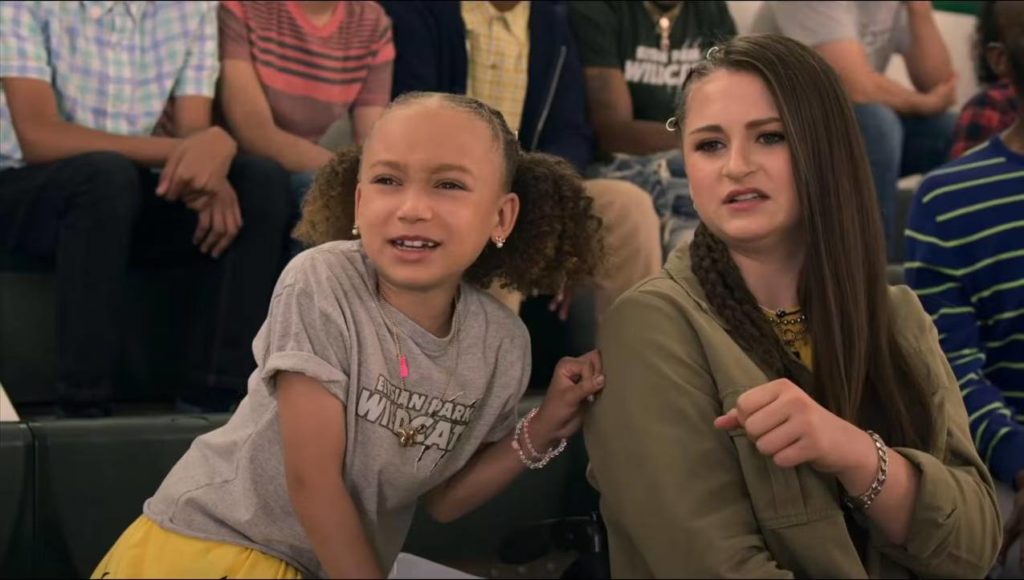 Harley Baker is portrayed by young actress Caylee Blosenski. Previously, Blosenski voiced Marty/Martty Cavanaugh in the suspense audio series Last Known Position. Her debut film is Cheaper By the Dozen, according to IMDB. 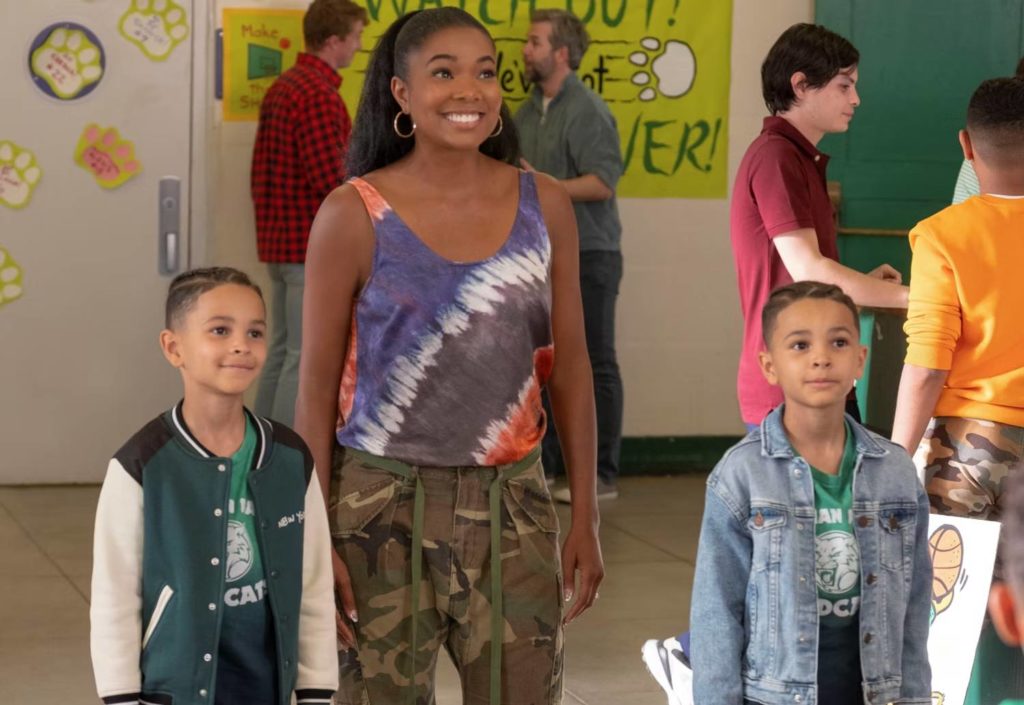 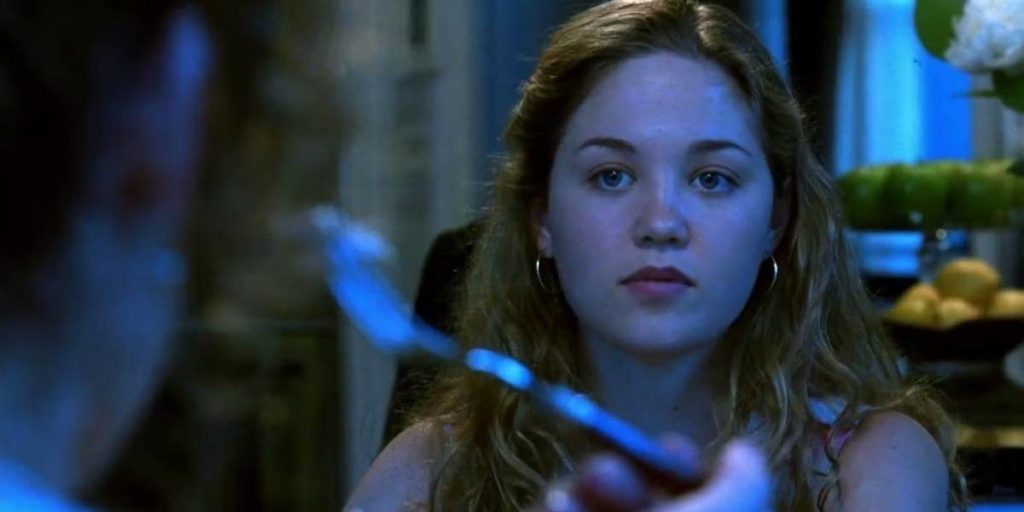 Erika Christensen portrays Kate, Paul’s ex-wife and the Bakers’ free babysitter. Christensen played Abigail Winthrop in the historical comedy Thanks, which was her first recurring role. She starred in the Steven Soderbergh-directed criminal drama Traffic in 2000, for which she received both an individual MTV Award and a group Screen Actors Guild Award.

Christensen is known for her work on the TV shows Wicked City and Parenthood, where she played Betty Beaumontaine and Julia Braverman-Graham, respectively. She recently had a minor role in the HBO Max thriller Kimi, which was also directed by Steven Soderbergh. She previously co-starred as Leslie Strobel in the Jon Gunn-directed drama Case for Christ opposite Mike Vogel.

With her unusual personality and odd addition to the Baker clan, Kate demonstrates the unique dynamics and actual mayhem of blended families. Christensen’s background in both cinema and television demonstrates why the Cheaper By the Dozen revival is fortunate to have her on board. 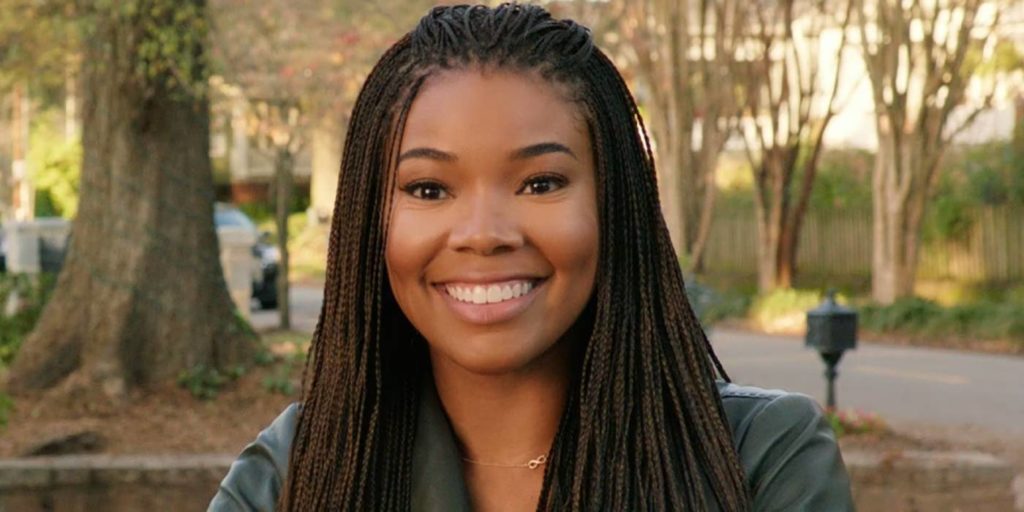 Zoey Baker, the head of the Baker family and the wife of Paul Baker, is portrayed by Gabrielle Union. Union has had her fair share of humorous film and television roles, just like Braff. She appeared in minor roles in the drama Love & Basketball, the romantic comedies She’s All That, and 10 Things I Hate About You. These roles came before her breakthrough performance as Isis, the leader of the East Compton Clovers cheerleading squad, in Peyton Reed’s comedy Bring It On. Union’s acting career was established by this part in a cult film.

Deliver Us From Eva, a romantic comedy helmed by Gary Hardwick and starring Union, was released in 2003. As the love interest of Will Smith’s character, DEA Special Agent Sydney “Syd” Burnet, she had a significant part in Michael Bay’s Bad Boys II. Union’s role in Bad Boys II prepared her for the two-season series L.A.’s Finest, where Syd now serves as a partner to Detective Nancy McKenna and works for the Los Angeles Police Department (Jessica Alba).

In one of Union’s other leading parts, she plays Rachael, a patient at a mental health facility, in Van Fischer’s independent drama Neo Ned. She played an attorney hired to assist Monty James (Idris Elba) in obtaining custody of his three daughters and landed the lead love interest part in Tyler Perry’s Daddy’s Little Girls. In numerous movies, including the 2004 comedy Breaking All the Rules and the poignant historical drama Something the Lord Made, Union played minor parts. She collaborated with Tyler Perry once more on his 2012 film Good Deeds, co-starring as his fiance, and in Steve Harvey’s Think Like A Man as “The Girl Who Wants the Ring.”

2013 saw Union take the helm of Mara Brock Akil’s Being Mary Jane, which she also created. The programme had a one-episode final season after four complete seasons. The show centres on Mary Jane, a TV news anchor played by Union, and it chronicles both her professional career in news television as well as her personal journey with her family and romance.

Union has more drama and romance experience on the film than Braff, broadening the range of genres she has worked in. However, given the number of movies and television shows she has worked on, there is no question about her acting skills or comprehension of humour. With Union’s unique perspective as a Black woman providing a new level to the narrative, this retelling of Mrs. Baker is fresh, thrilling, and unique. 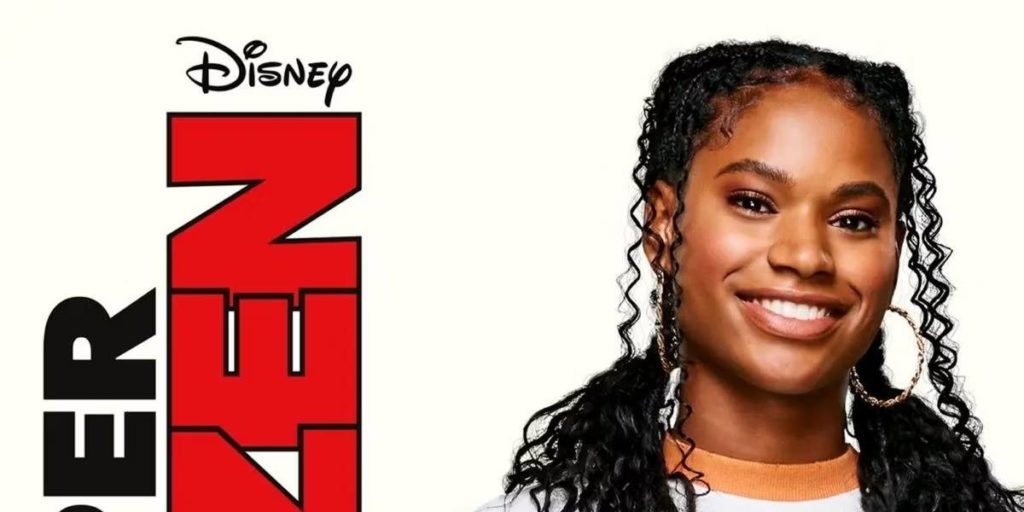 Deja Baker, who was portrayed by Journee Brown, is the first of the Baker children on our list. Cheaper Her largest film role to date will be in By the Dozen. She previously portrayed the supporting role of Lena in Jordana Spiro’s 2018 drama Night Comes On. In two episodes of Orange Is the New Black, she also played a younger Janae (Vicky Jeudy). 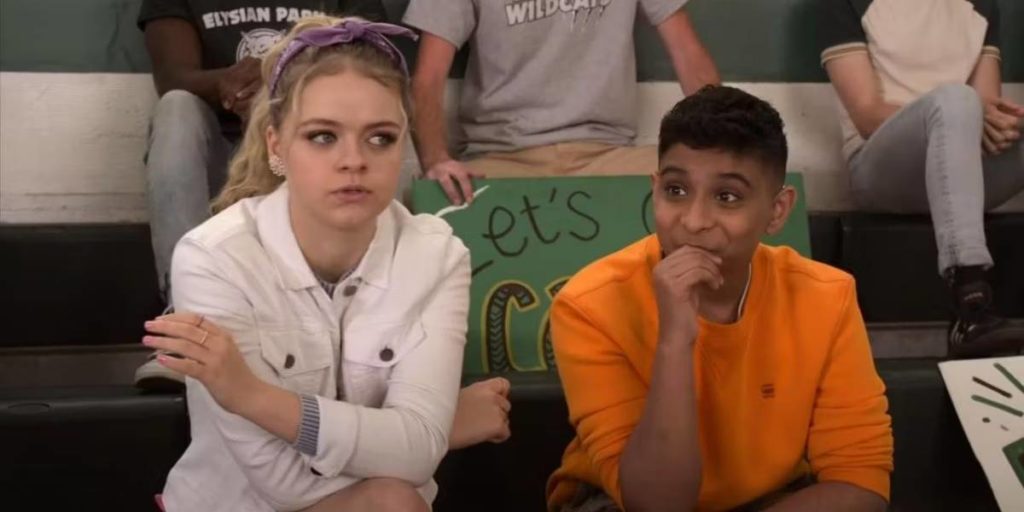 Ella Baker is portrayed by Kylie Rogers, who brings to the family her more in-depth film expertise. Rogers has contributed to many TV movies, including The List, The Gates, and the 2014 horror film Finders Keepers. In television series like Days of Our Lives, CSI: Crime Scene Investigation, and Deadtime Stories, she has played small, one-episode appearances. She portrayed Minx Lawrence in all 13 episodes of The Whispers and Millie, a recurrent character on Once Upon a Time in Wonderland.

In the 2016 film Miracles from Heaven, which was directed by Patricia Riggen and is based on a true story, Rogers played Anna Beam, a miracle child. This was one of Rogers’ most prominent roles. In more recent years, Rogers has played Izzy Lisko in Home Before Dark and a younger Beth in Yellowstone. 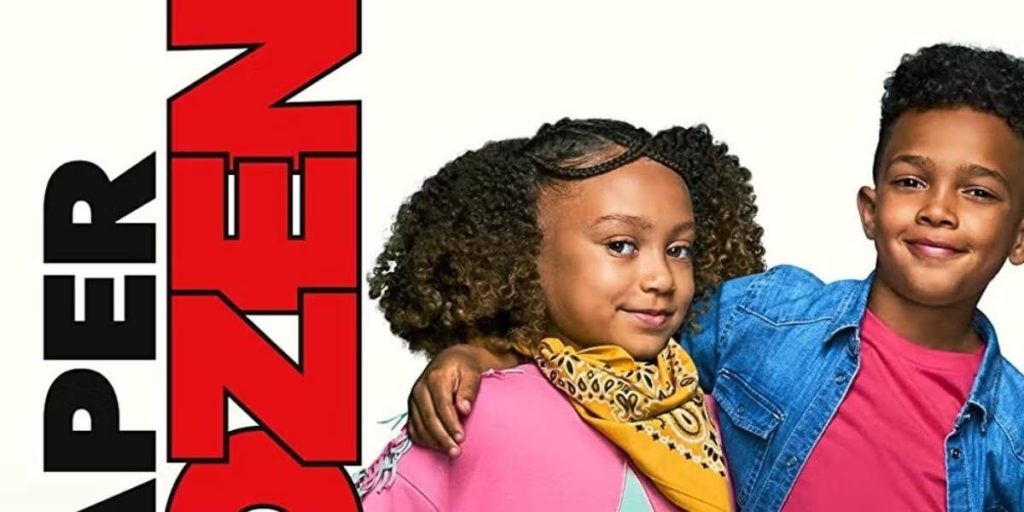 Leo Abelo Perry, a young actor, portrays Luca, one of the Bakers who is younger. Perry’s first appearance was in an episode of Black-ish, when he played a young Justin, according to IMDB. He also appeared in The Big Leap on FOX for one episode. Perry’s role as Luca Baker in Cheaper By the Dozen marks his entry into a major motion picture.

Luna Baker is played by Mykal-Michelle Harris in this movie. Harris earned her spot in Big Little Lies as the young Bonnie, aside from brief cameos in series and short films. In three episodes of The Affair, which won a Golden Globe, she also played Madeline. Santamonica Johnson was Harris’ most recent and enduring character on the Black-ish TV prequel series Mixed-ish. With her prior expertise in family comedies, Harris is well-suited for her role in Cheaper By the Dozen. 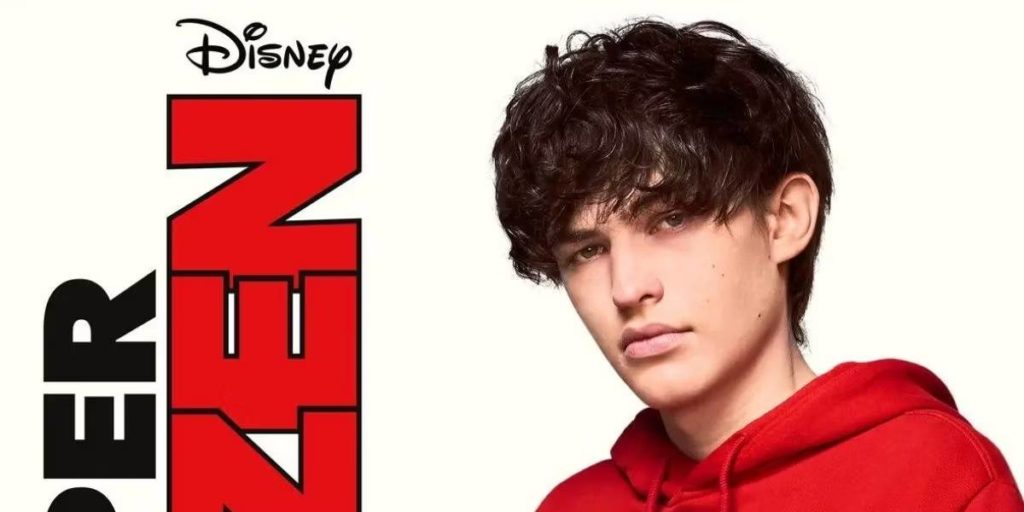 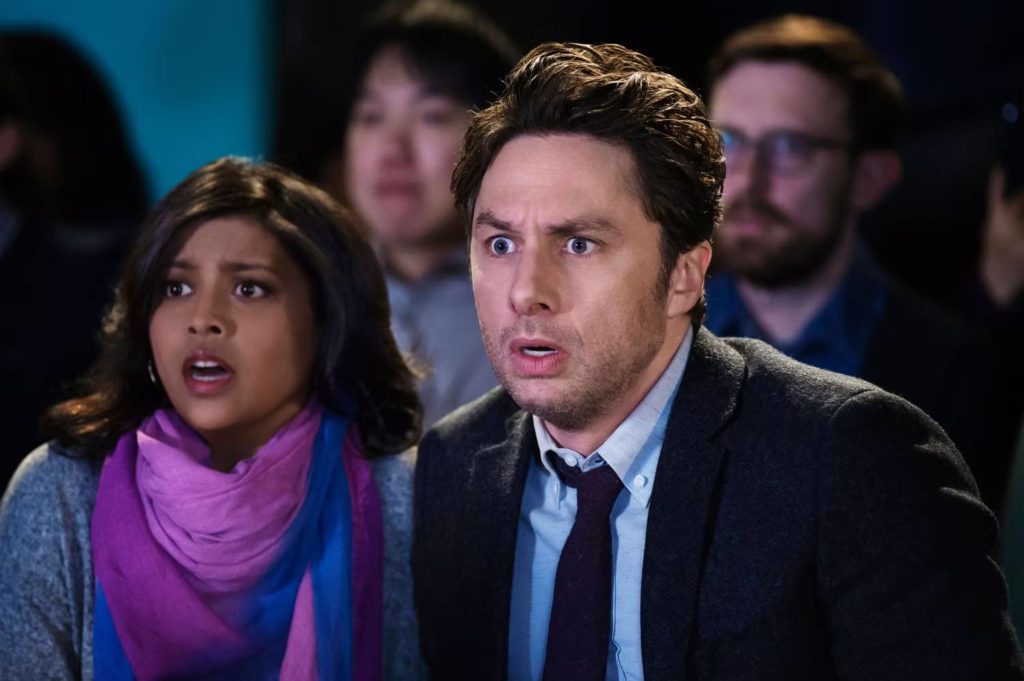 Zach Braff portrays Paul Baker, Zoe Baker’s spouse and both their father and stepfather. American actor Braff, who is Jewish, is skilled in the comedy subgenre. He is most known for playing the title character in the comedy-drama series Scrubs, which ran for nine seasons. He played interning physician J. D. Dorian in that television show, a competent doctor with a charming tendency to daydream. For his role in this show, Braff received three Golden Globe nods in addition to one Primetime Emmy nomination.

In both cinema and television comedy, Braff has acted in a number of other comedies. He played the lead role of Michael, a 30-year-old guy with commitment and relationship concerns, in Tony Goldwyn’s romantic comedy The Last Kiss. Braff starred as Alex Schuman, a husband and father going through a midlife crisis, who quits his job to launch a podcast, in the ABC comedy Alex, Inc. He played the major role of Tom Reilly, a failing businessman who must choose between his wife and his profession, in the Jesse Peretz-directed comedy The Ex.

Braff has directorial experience as well. He co-wrote and directed the Aidan Bloom biopic Wish I Was Here with his brother Adam Braff (Zach Braff). Actor Bloom is struggling to find his calling until he decides to homeschool his kids. Additionally, Braff co-wrote, co-directed, and starred in the comedy Garden State, whose soundtrack was chosen by Braff himself and received a Grammy Award.

With Braff’s portrayal of the awkward and endearing Paul Baker, Cheaper By the Dozen is certain to be funny because to his breadth of expertise in comedy, both as a director and as a performer. He has also a history of playing problematic middle-aged men.