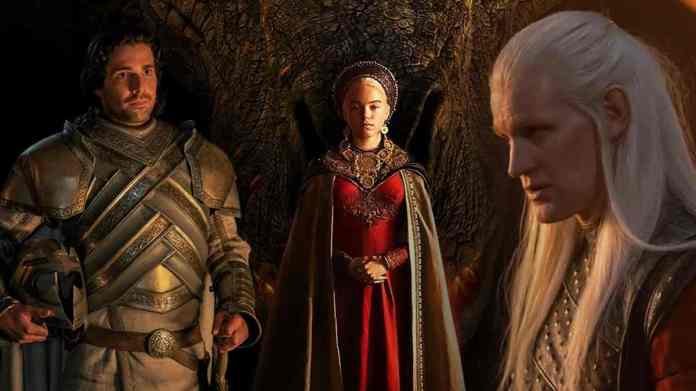 Examining the intricacies of a love triangle is a unique kind of fun, and “House of the Dragon” has given us one of the more compelling ones in recent memory. Ser Criston Cole enthralled us as much as he charmed Rhaenyra with his consoling words and encouraging presence. Daemon is alluring and holds up the possibility of excitement while still giving you the assurance that you can rely on him. In a jumble of emotions that binds all three together, one needs Rhaenyra and she needs the other. There is no sugarcoating the fact that Rhaenyra prevails in this contest of wills, though.

Let’s start by examining her friendship with Daemon. Her uncle has always held a special place in her heart. He was most likely leading a life that was untamed and wild, something she frequently fantasised about. Freedom was what Rhaenyra most wanted above everything things. She desired to live her life according to her own terms, and there was a man doing just that in front of her. She was naturally enthralled by him. Additionally, he was perhaps the only male who did not treat her like a child. Everyone in her life was preoccupied with advising her on how to conduct herself both as a woman and then as the heir apparent. Only Daemon appeared to be able to see past that and identify the real person underneath. Rhaenyra informed everyone she knew that she didn’t desire a typical existence, but she only revealed to Daemon why she felt this way—the misfortune she had witnessed her mother endure.

Rhaenyra treasured the presents Daemon had procured for her from all around the globe. In fact, in episode four of “House of the Dragon,” she was sporting the necklace he gave her as she was out looking for a suitor. For Rhaenyra, the necklace served as more than just a lovely accessory. Imagine living your entire life not being understood. And there’s someone out there who you think might be able to give you the acceptance you’ve been longing for. Rhaenyra was probably aware that it would never come to pass, but she didn’t let that stop her from having the thought. Actually, there were men vying for Rhaenyra’s hand from all over the Seven Kingdoms. They couldn’t all have been young children or elderly men. But she didn’t like anyone. She also knew that her uncle wanted the throne, when it came to him. She did not, however, manage to resist being carried away by him. Beyond the politics and obligations of the outside world, she felt something for him. He also experienced it. 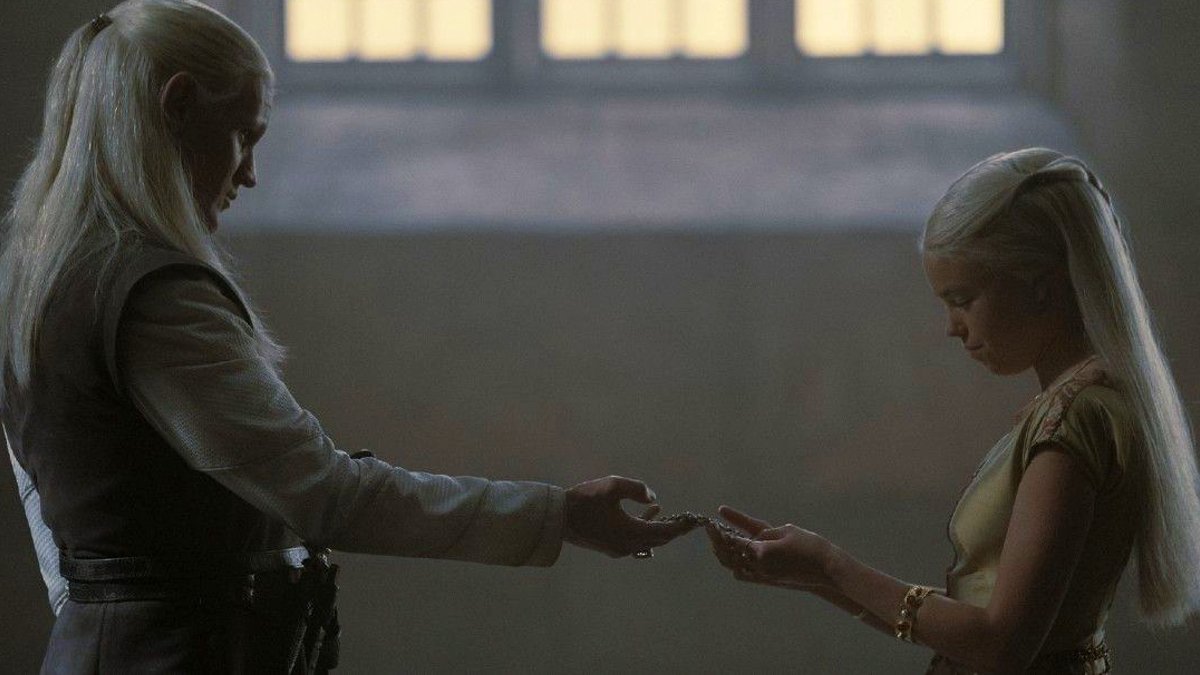 Daemon is a difficult individual. He was regarded as the “blackest of all criminals, for some, despite his decent disposition.” He thought he was the most worthy candidate, thus he desired the throne. Even though he was married, he never cared to fulfil his husbandly duties or made an effort to conceal how much he hated his wife. He and his niece, who was not a diplomat either, both possessed this quality. He likely always considered Rhaenyra to be a potential pawn in politics. Perhaps, though, he was also conscious of his own affection? Let’s not forget that he had the option of accompanying Rhaenyra the entire way when he took her to the brothel. She didn’t think he loved her, and she was conscious of the repercussions of her actions. She had given him the go-ahead to carry out his desire, but he decided against it. Because of his ambition, he wanted her reputation to suffer. He liked and respected her, thus he was unable to break her heart. And for that reason, he abandoned her.

Rhaenyra likely knew the reasoning behind Daemon’s decision to leave her in the club when he did so. Or perhaps she didn’t. However, there is little chance of reconciliation when a woman—much less a princess—is left exposed and defenceless in a public setting. She was forced into Ser Criston Cole’s arms by the injury to her pride and honour. He had always been a favourite of Rhaenyra’s. Against the advise of Otto Hightower, she placed him to the Kings Guard because she was aware of his ability. He was compassionate with women and skilled at making them feel at ease enough to express their opinions in front of him. Rhaenyra may or may not have loved him, but there is little doubt that she included him in her circle of friends. On the other side, Ser Criston Cole was probably in love with Rhaenyra. He did say that she was the source of everything he had. Let’s also not forget that she was a stunning woman, unlike any he had ever seen. There has to be a faint undercurrent of attraction even if it wasn’t love. Rhaenyra is enraged when she enters her chambers that evening after Daemon abandoned her. She has an impish expression on her face as she opens the door to prevent Criston from going to get someone. During those brief moments, her brain made a connection. It’s likely that she understood the best route back to Daemon was right outside her door. The fact that Daemon had lost the jousting contest to an ordinary knight had always caused a certain amount of animosity between the men. It would be appropriate to be with Criston in order to demonstrate to Daemon that she did not require him. For Criston, the princess’s advances gave him the confidence he needed to act on the feelings he had been harbouring for such a long time. 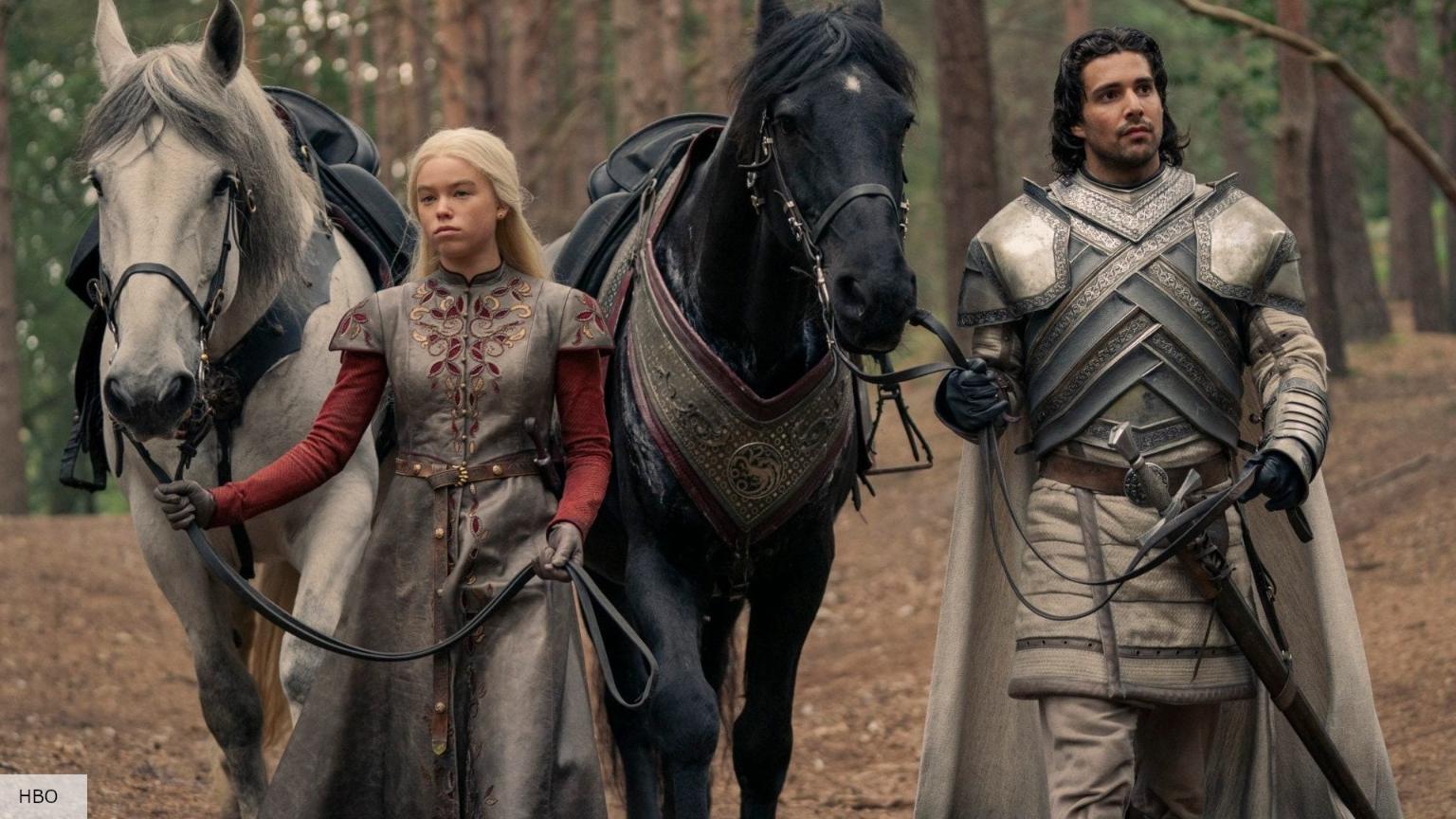 We get to understand just how seriously Ser Criston Cole has taken things in Episode 5 of “House of the Dragon.” Even though he occasionally went outside of his ethical bounds and broke the tight code of conduct, he was still a noble man. He had overindulged with the princess, and it was eating him up, but he took comfort in the idea that their affections were genuine and unadulterated for one another. He tells Rhaenyra that he would not mind leaving everything behind and travelling to a distant location. He spoke in the manner of a hopeless romantic who is madly in love. He was willing to jeopardise his integrity and reputation and, for once, placed the needs of someone or something above his strong sense of responsibility. Ser Criston Cole wished they could spend the rest of their lives together. The complicated and peculiar elements that comprised up Rhaenyra were unknown to the honourable knight. But the iron throne’s heir cherished ruthless pragmatism. She had nurtured the spirit of a warrior in her since she was a young child. She had the same confidence in her as her male colleagues that she could rule the kingdom. She resisted leaving with Criston Cole. She loved her interactions with the knight but didn’t want to commit to him. Rhaenyra always had a soft spot for her uncle Daemon Targaryen because she was drawn to unconventional conduct. She like being around Criston Cole, and being around him made her feel energised. Laenor Velaryon was also spoken to, and she made him an offer. She was aware that Laenor Velaryon’s lover was a knight by the name of Joffrey Lonmouth. She assured Laenor that even if they couldn’t go against their fathers’ desires, they could carry on with their individual lives after marriage. Criston Cole, though, desired more. He didn’t want his connection with Rhaenyra to be seen as little more than a minor liaison. Additionally, he began to feel guilty after learning that Rhaenyra had a totally different outlook on life than he had. He believed that he had broken his code of behaviour without justification.

Daemon, on the other hand, was far more familiar with Rhaenyra and her goals. He informs her that the heir to the Driftmark was far too aristocratic for her as they prepare to wed as Laenor Valeryon. He was aware that she enjoyed a little rebelliousness and that only he could give it to her. Rhaenyra tells him straight out that if he had the guts to kill her father’s Kings Guard and kidnap her in front of everyone, she would gladly accompany him. Rhaenyra is clearly beyond the whole “needing a man in her life” nonsense and will follow her heart regardless of any feelings she may still harbour. I applaud her for it. Daemon would undoubtedly make an effort to be with her because he was aware of how well they both recognised each other’s peculiarities. While both Criston Cole and Queen Alicent Hightower felt deceived by Rhaenyra Targaryen’s actions, Criston Cole pledged his devotion to the monarch. Stakes are rising while feelings are becoming more complicated. Fans are in for a treat since personal motivations and interests will advance the story now that collective consciousness has taken a backseat.