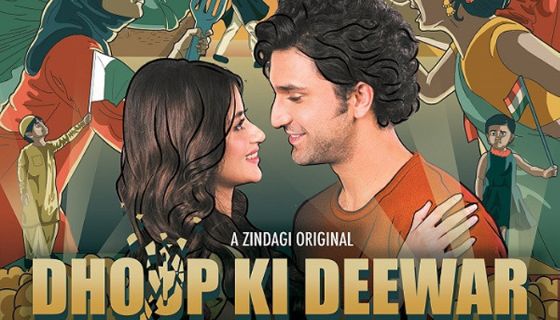 From June 25th, 2021, Dhoop ki Deewar will premiere on Zee5 Exclusive. It’s Zindagi Original Pakistani Drama Web Series, which is interesting. Umera Ahmad is the show’s writer, while Haseeb Hassan is the show’s director. The digital artwork depicts the Indo-Pak conflict and demonstrates why peace is always preferable to violence. It also belongs to the social-tragedies genre and is available in both Hindi and English.

A young Indian kid (Vishal) and a Pakistani girl are at the center of the plot (Sarah). It all starts when they both lose their fathers in a border clash between India and Pakistan. Even when their lives take a severe turn, they muster the strength to face the world. Furthermore, they allow the media to capitalize on their sorrow. After a popular social media brawl between two army youngsters, Vishal and Sarah, they develop an odd friendship.

Dhoop Ki Deewar is a captivating narrative about a cross-border love affair. It beautifully depicts the stories of love, grief, and sorrows, and stars Sajal Aly and Ahad Raza Mir in the key characters. Aside from the poignant plot, the performances are outstanding. On-screen, each character gives it their all. Furthermore, Umera, who is best known for the Fawad Khan and Sanam Saeed-led series Zindagi Gulzar Hai, writes a beautiful tale. Overall, it’s a novel, exciting, and engrossing story about two warring nations.