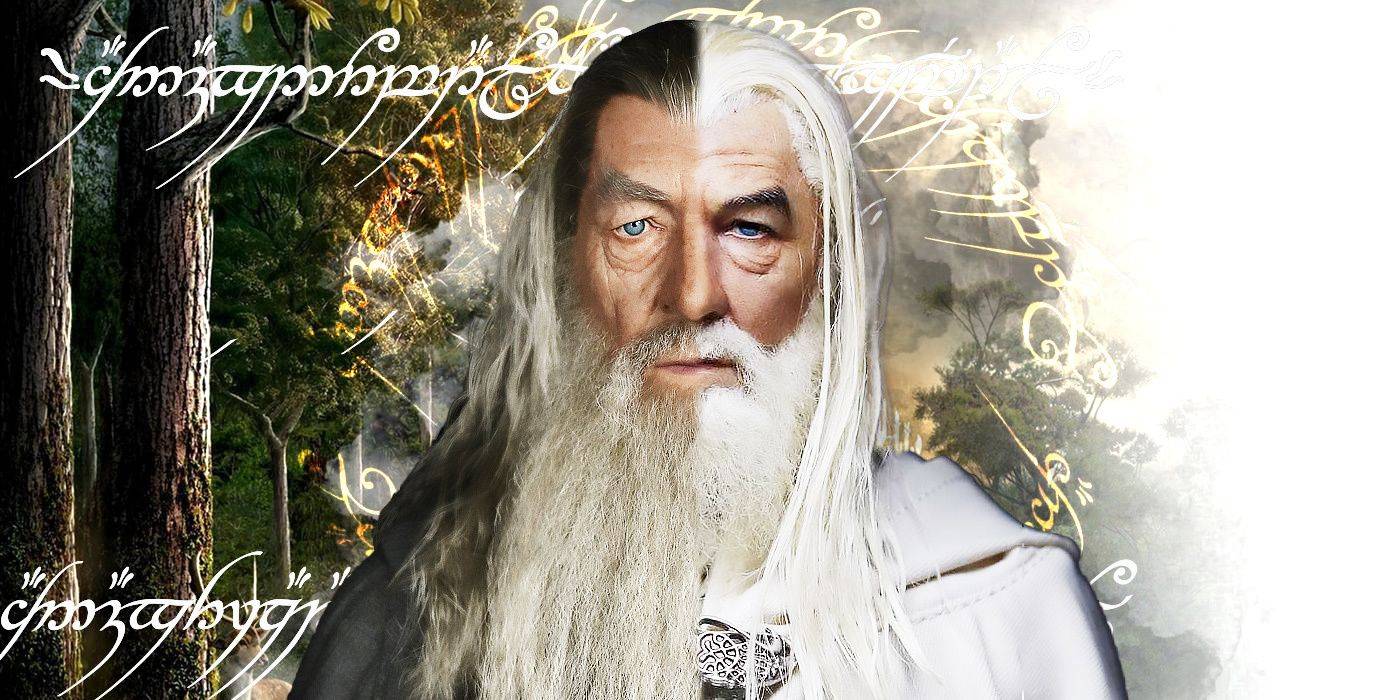 Gandalf the Grey is the classic wizard of modern fantasy, with his long robes, pointed helmet, and great power. According to J.R.R. Tolkien, he was sent to the coasts of Middle Earth to combat Sauron’s influence, and he was the only one of the five wizards to stick to his mission until the end. Gandalf the Grey contributed to Sauron’s demise in The Lord of the Rings and even The Hobbit as the Grey Pilgrim, but he was turned into Gandalf the White along the road. This Gandalf was more closely involved in The Lord of the Rings’ ultimate struggle. Gandalf is better known as the Grey, and Ian McKellen and Peter Jackson both favoured the character in his first incarnation. A casual reader would wonder why Tolkien included a wardrobe change at all. Don’t be perplexed any longer.

Gandalf was a Maia, an angelic spirit of the same order as Sauron, as were the other five wizards of Middle Earth. The Valar of Valinor, a higher order of spirits, were compelled to send ambassadors to aid and inspire those of the Free Peoples who fought evil throughout the Third Age because of Sauron’s continued dominance. Maia would be the ambassadors, dressed in the bodies of elderly men but possessing enormous physical and mental strength. They’d lose a lot of their inherent power if they were embodied like this; they weren’t supposed to use force or push anyone into doing anything. They’d also have to deal with exhaustion, hunger, injury, and the possibility of death. Because they have free will, they may be enticed to abandon their mission.

Gandalf was incarnated as Maia Olórin in Tolkien’s Unfinished Tales, a collection of writings and story fragments he left behind. Manw, the wisest of the Valar, suggested him for the duty, though Olórin originally refused. He insisted he wasn’t up to the task, and he feared Sauron. But, in Manw’s opinion, this was all the more cause for Olórin to go. As the third of the Istari (wizards) to arrive, he appeared to be the smallest and oldest of them all. Crdan the shipwright, however, recognized Olórin as the greatest of the Istari and bestowed upon him the Elven Ring of Fire to aid him in his endeavors. However, the ring, as well as the power he still retained, were hidden beneath a layer of old gray robes. 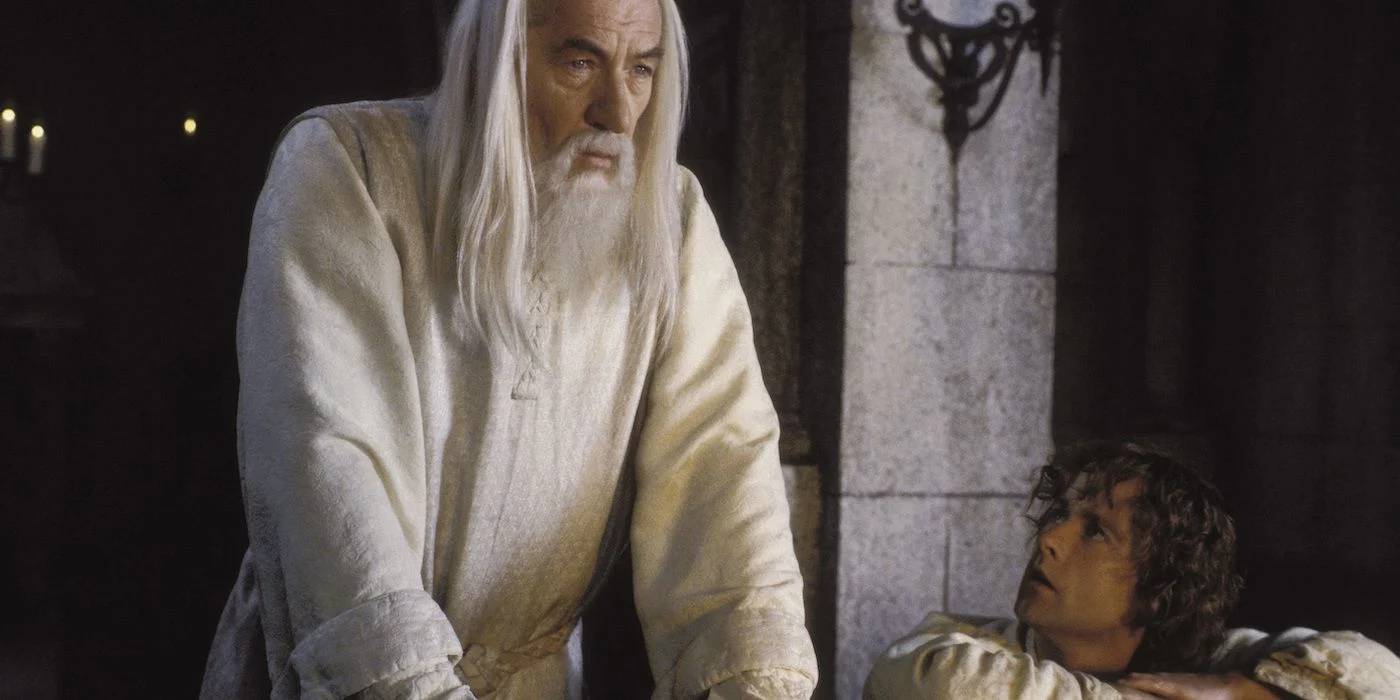 While Saruman the White resided in Orthanc, Radagast the Brown in Rhosgobel, and the two Blue Wizards beyond reach into the East, Gandalf the Grey (as the Men of Middle Earth dubbed him) roamed the West, where the Elves and descendants of Nmenor opposed to Sauron were most powerful. He was a close friend to the Elves and hobbits, yet he could be both warm and irascible with men. Gandalf would have been the chairman of the White Council founded to unite the West against Sauron if Lady Galadriel of Lorien had her way. Gandalf, on the other hand, declined the role in favor of independence. He did persuade the Council to use its power to expel the Necromancer, who was actually Sauron in disguise, from the fortress of Dol Guldur in Mirkwood, a task that diverted him from the dwarves’ quest in The Hobbit. That was a mission he had assisted in organizing in order to remove Smaug as a potential ally for Sauron. All of this is true in both Tolkien’s novels and Jackson’s films, though the timeframe and details are vastly different.

Gandalf performed all of this when he was known as Gandalf the Grey because of his ashen garments. Saruman the White, who also led the White Council, remained the Istari’s leader. Saruman, on the other hand, succumbed to the temptations of pride and impatience, and became both a disloyal servant and a doomed Sauron imitator. Gandalf was the only Istari to accompany the Fellowship in their mission to destroy the Ring, with the Blue Wizards lost in the East and Radagast missing. When the Fellowship was confronted by a Balrog, a corrupted Maia of shadow and flame, Gandalf sacrificed his life to defeat it.

Because Gandalf was an incarnated spirit, “death” had a different meaning for him than it did for any of the hobbits or Men of the Fellowship. Even by such standards, Gandalf’s demise was out of the ordinary. His spirit is transported “out of thought and time,” only to be resurrected in mortal form and returned to finish his mission. The Lord of the Rings, The Silmarillion, and Tolkien’s private letters all hint that this was a divine intervention – that the Valar would have been bound by the laws of space and time, but Eru Ilvatar (God) interfered personally to change the fate of Middle Earth at that moment. Gandalf was next taken to Lothlórien, where he was given his white garments. The films emphasize the physical distinctions by making Gandalf the White’s white clothing as spotless as the gray one was old and filthy, by giving him more groomed hair, and by rendering him unable of handling his pipe marijuana. 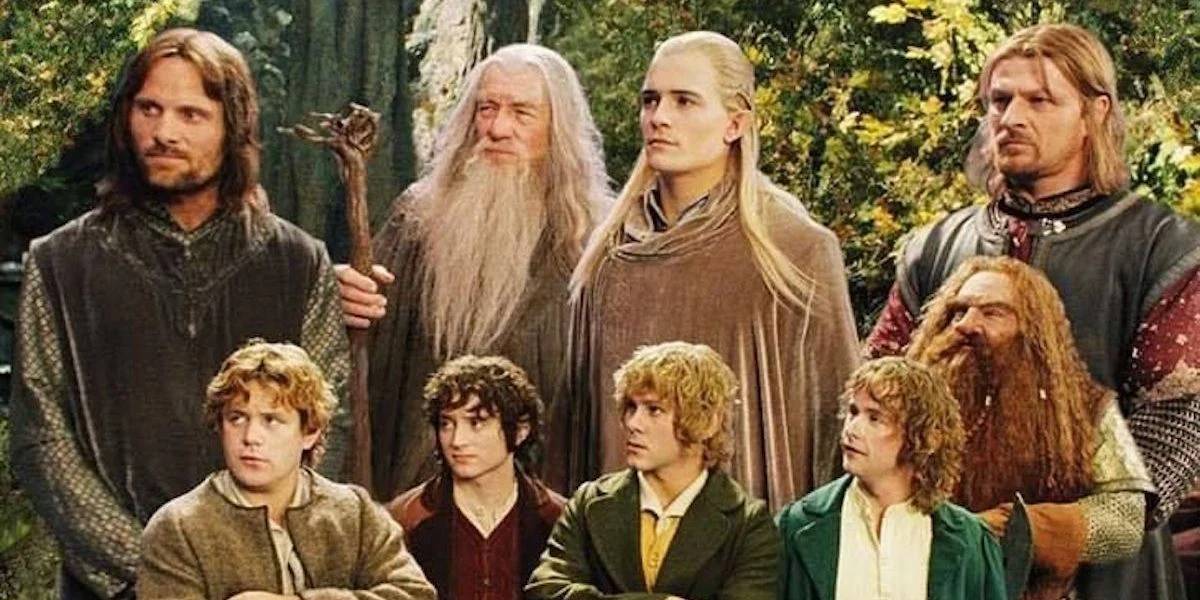 But it was more than just a clothing and a tolerance for smoking that had changed. “Indeed, I am Saruman, one might almost say, Saruman as he should have been,” Gandalf informs Aragorn, Legolas, and Gimli when they mistake him for Saruman in The Two Towers. Gandalf as the White had more power to “show” his real strength, even if he was still charged with advising and counseling rather than using force. With his exposed might, he freed King Théoden from evil influence, shattered Saruman’s staff and ejected him from the White Council, and repelled the Ringwraiths. Gandalf took charge of Minas Tirith’s defenses after Denethor succumbed to despair. When it came time for the ultimate battle with Sauron before Mordor’s gates, Aragorn and the other lords of the West chose Gandalf to lead them (a detail not carried over into the films). His memories and personality remained the same, though the extremes were more prominent; Merry characterizes him as “kinder and more terrifying, merrier and more solemn than before” in The Two Towers. The contrast between Gandalf and Sauron at this moment is described in Unfinished Tales as “the fire that kindles, and succors in wanhope and despair” vs “the fire that devours and wastes.”

The Battle of the Black Gate was designed to be a diversion from Frodo’s mission to destroy the Ring, which Gandalf oversaw when he was still Gandalf the Grey. Gandalf’s higher power in white prevented him from knowing that Frodo and Sam were capable of carrying out their mission, and he couldn’t use even the full extent of his power to secure their success; to do so would have been a betrayal of his own allotted role. But, beyond what Gandalf the Grey could achieve, Gandalf the White succeeded in putting the greatest forces of Men in opposition to Sauron, where they might best help see the Ring destroyed, by direct and indirect efforts. When he left the borders of Middle Earth, he was still dressed in white. “I was Sauron’s opponent, and my mission is done,” he tells Aragorn in The Return of the King.