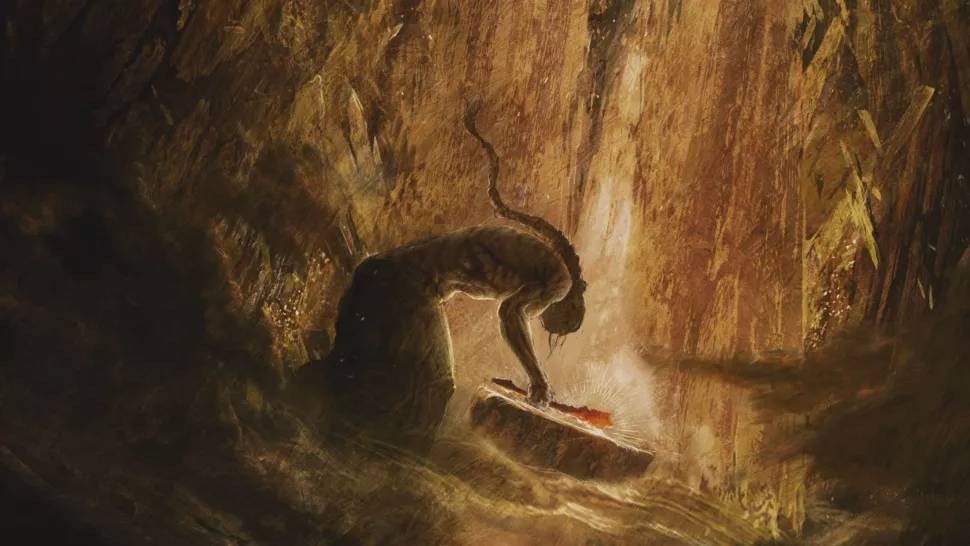 Every Elden Ring ending has a new twist that may be unlocked by completing specific game tasks that let you team up with various allies for various endings. Depending on your stance, Elden Ring offers six different potential outcomes, each of which has a completely different impact on the Lands Between and changes both the nature of the planet and the people that rule it. In light of this, we’ll go through how to get the finest conclusion in Elden Ring as well as what it means for you.

There are spoilers below, but we’ll be concentrating more on how to reach these endings and their overarching themes/ideas than on telling you what occurs in them specifically. 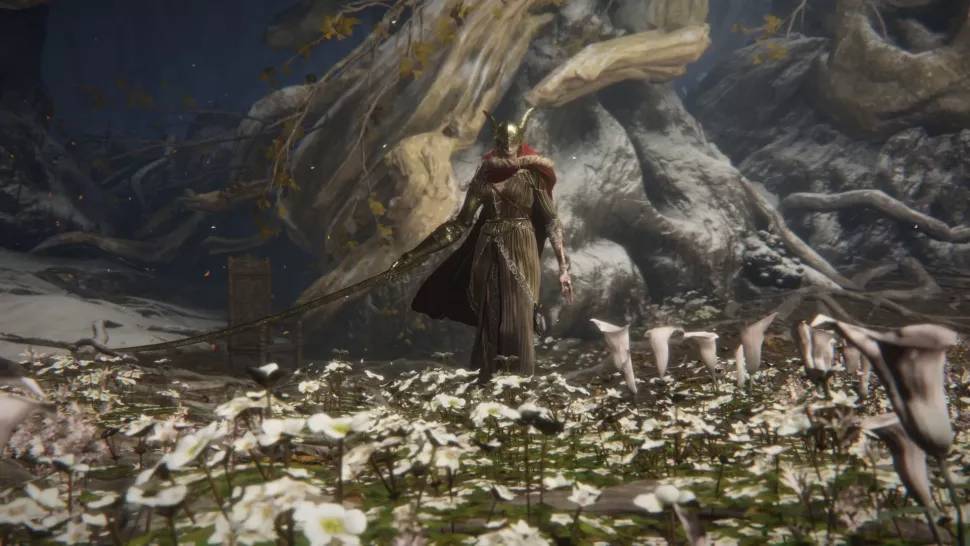 There are a total of six Elden Ring endings that can be obtained by players, and we’ll be dividing them up below according to their unique names. They are listed here, along with the person or thing you will be allying with for each one. It is impossible to combine two of these endings at the conclusion of your Elden Ring game since they are incompatible. To see every possible ending, either scroll down or click on the links below. 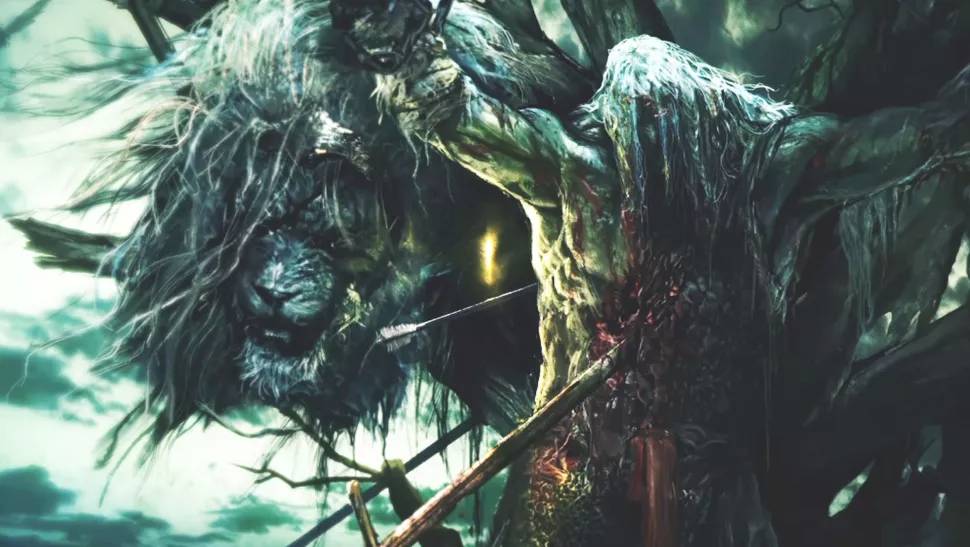 The Elden Ring is a divine item that determines the laws and structure of the universe, and as the entire game revolves around attempting to obtain it, the outcomes depend on what you do with it once you do and on whose interpretation of reality you subscribe to (as the alternate endings are inspired by the objectives of various NPCs). You can either just fix the Elden Ring to restore the status quo or you can significantly alter it to reshape the Lands Between, depending on what you do and who you cooperate with during the game. Below, we’ll discuss each ending and how to obtain it.

All of these endings require completing a number of necessary actions, however some are more simpler to get than others. According to what we can gather, each of them necessitates defeating the Elden Ring primary bosses listed here, along with additional tasks. By the way, we don’t want to reveal who or what it is, so anytime we refer to the “final boss” below, we actually mean boss number 13 on our linked list above.

Even though there is only one possible ending, most of these mission paths won’t lock you into them until you make a decision at the game’s conclusion, allowing you to pursue some or even all of them. The Lord of the Frenzied Flame ending is an exception to this rule, but we’ll address it below, along with how to get around the lock using a special quest. 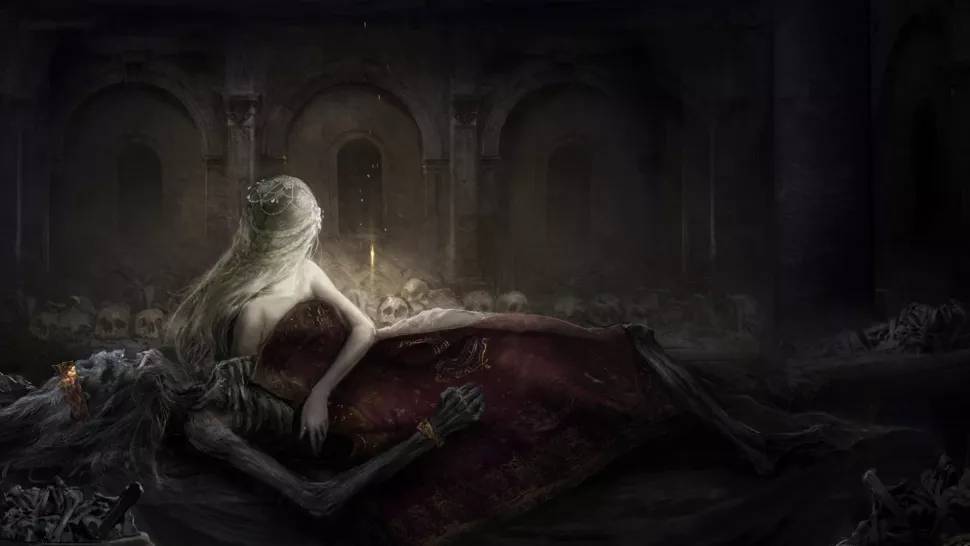 In this seemingly harsher conclusion, the player collaborates with Deathbed Companion Fia to further entwine life and death through experiments performed on the demigod Godwyn’s body.

It’s unclear from the game what this means (that’s Elden Ring for you), but it appears to usher in a time of zombie demigods and introduce death as a natural component of the Lands Between cycle. Fia is a character who has a strong association with death, but it’s unclear whether this means that death will be experienced as it normally is, with the Erdtree no longer resurrecting individuals or gathering souls, or if it will instead take the form of something slightly more supernatural and necromantic. 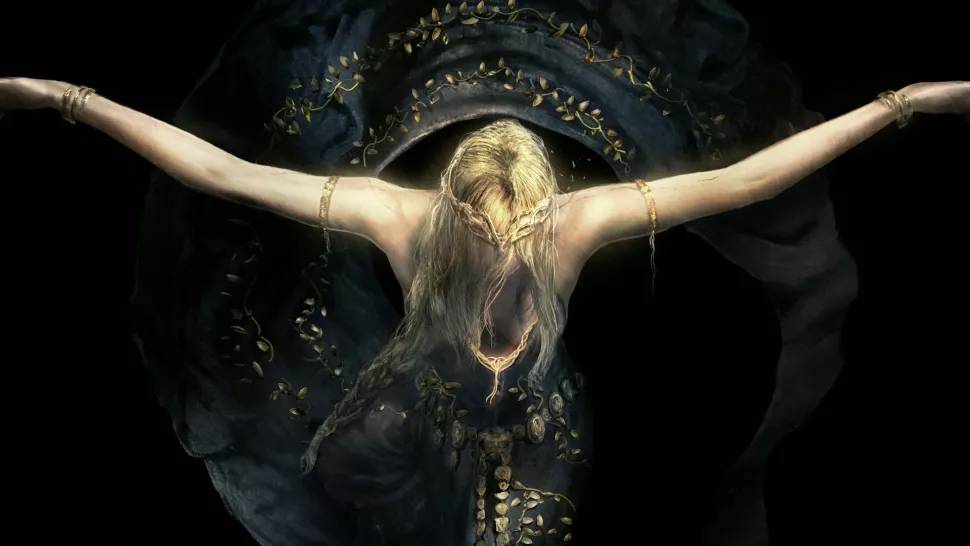 The Age of Fracture is the most straightforward and straightforward ending in Elden Ring, and it might be regarded as the default or conventional ending. By doing this, you essentially pledge to maintaining the existing quo, although one that is more orderly as you take over as the new Elden Lord and rule everything with the (remote) blessing of the Greater Will. Follow these steps to obtain the Age of Fracture: 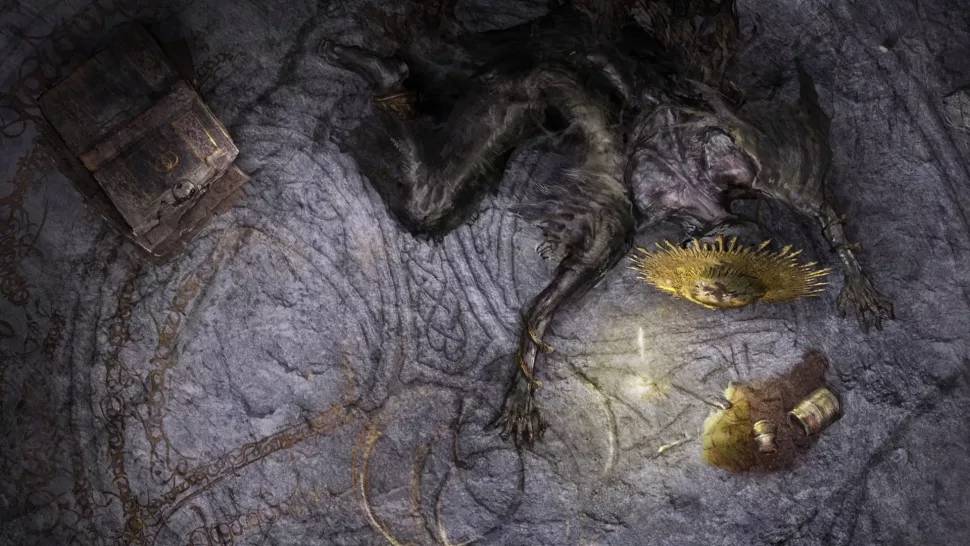 The Age of Order, in which the Tarnished collaborates with Brother Corhyn and the Goldmask to acquire a unique rune in order to establish an orderly, unchaotic reality, could be seen as a more forceful rendition of the Age of Fracture.

It’s debatable if this is ethically superior or inferior to the Fracture; essentially, it’s a strengthened version of the status quo, where reality appears to be less harmful but also significantly less under the control of those who live in it. Sadly, “Perfect Order” doesn’t actually allow for much experimentation or freedom. Although the Greater Will (the god of the Elden Ring) is frequently described as being diametrically opposed to chaos, we might assume that this means no loud music or snarled trains. 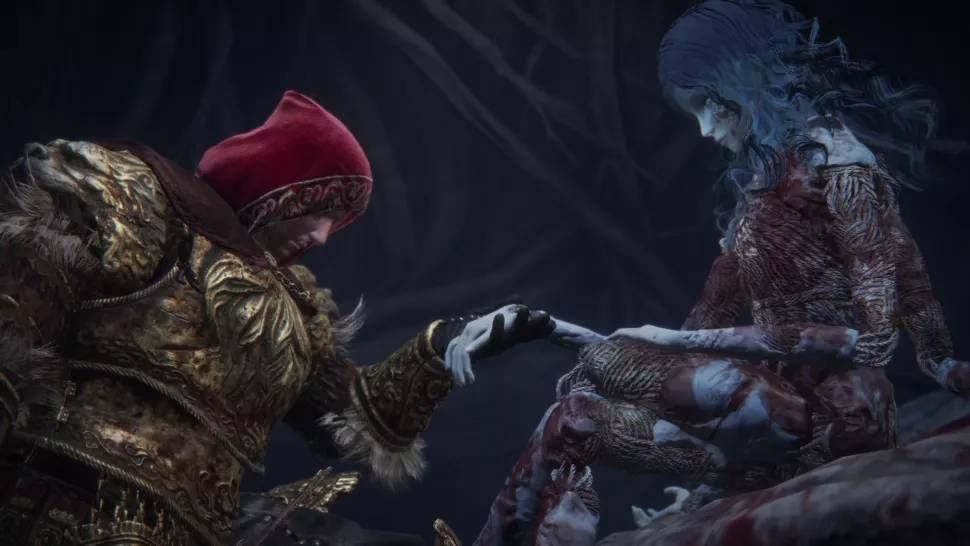 In this ending, which is arguably the most challenging, elaborate, and emotionally challenging, you collaborate with Ranni to elevate her to leadership and take over for Marika.

However, as the two translations appear to infer distinct events, there is some disagreement in the community over the original Japanese translation against the English interpretation. When reading the English translation, Ranni appears to be introducing a chilly, emotionless planet that is melding with the universe and the stars. As opposed to the Japanese ending, which ushers in a new age of starlight and an age of the Lands Between where the Gods have no power, the former suggests she is only seeking to completely remove the Greater Will and won’t do much ruling once it is gone. When Ranni becomes a god, she would even leave the world and embark on a journey because she does not want cosmic lords to look down on her people. You will ultimately wed Ranni as part of this agreement, becoming the new Elden Lord and consort, regardless of the conclusion you choose to believe in.

This could be considered the “hidden ending” because Ranni’s quest is the longest and most complex, and there isn’t much to indicate at the beginning that helping her will get you all the way to the game’s conclusion.

Finish Ranni, the Lunar Princess’s mission. We actually created a whole Elden Ring Ranni questline and hidden ending page to guide you through this complicated side quest because it is so difficult.
Kill the king or queen.
Keep your distance from the Elden Ring! Instead, there will be a distinctive blue summon sign with the words “Summon Ranni” on the ground close by, between the Elden Ring and the Site of Grace. This will activate the final conclusion and call forth Ranni the Witch. 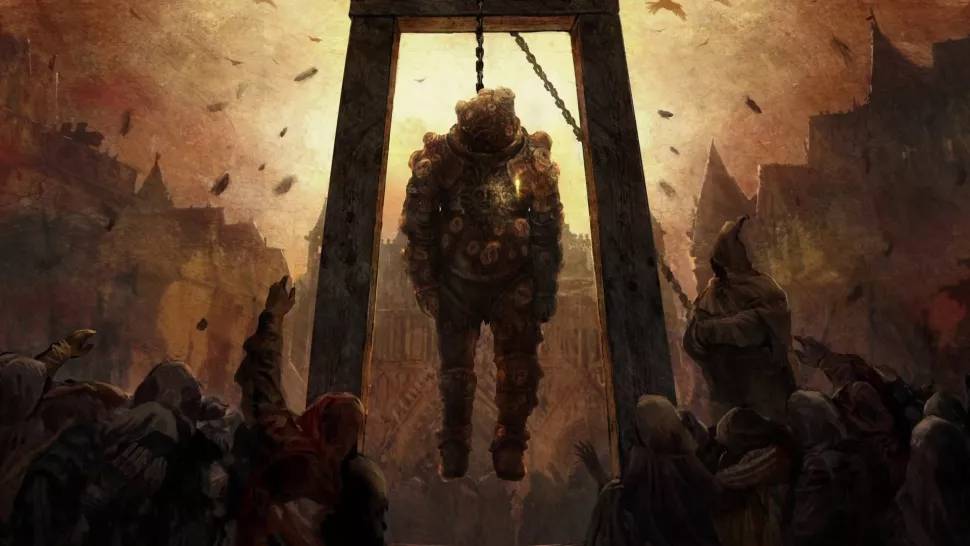 We won’t judge you if you want to collaborate with the Loathsome Dung Eater, even though that’s a little strange. The Dung Eater intends to spread the terrible curse that afflicts him throughout the entire globe, preventing affected people’s souls from returning to the Erdtree and trapping them in a horrifying living death. Again, a little strange, but by collaborating with him, you can use that curse to destroy reality itself and make the entire planet eat s***.

There is a strong case to be made that this is the “worst ending,” or at the very least the most melancholy. The Dung Eater’s justification for ruining the world is limited to his insane desire to do so and his perception of his own curse as a blessing. Therefore, if you take this route, this is less about moral debates and more about simply using reality as an outlet for your dissatisfaction by making it apocalyptically awful.

As indicated in our accompanying instructions, finish the Elden Ring Dung Eater questline and Seedbed Curses.
Kill the king or queen.
Use the “Use Mending Rune of the Fell Curse” option while interacting with the Elden Ring.

Lord of the Frenzied Flame ending 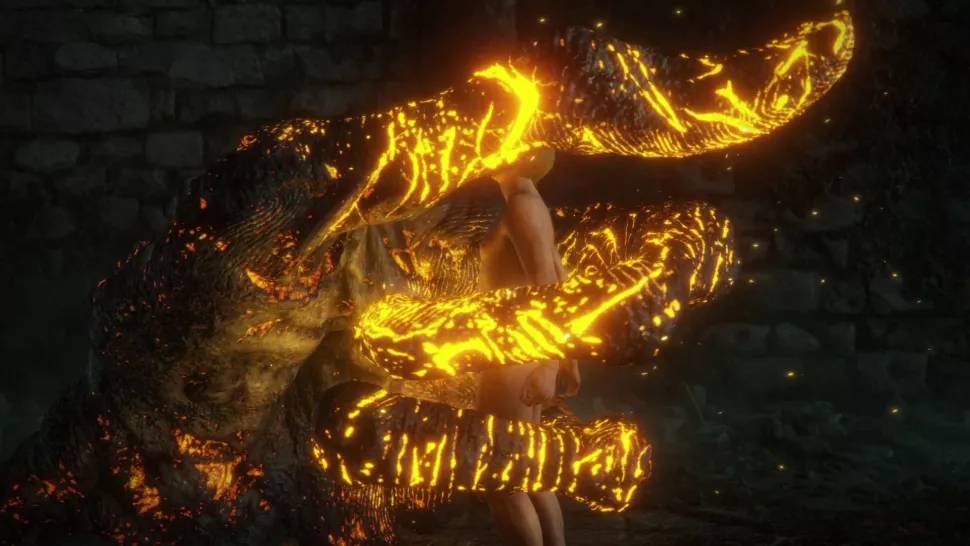 With no more gods, trees, or runes, you can join forces with the Three Fingers if you desire to destroy everything by working with the manifestation of Chaos. If you follow the first few instructions below, you will be shut out of all other endings and only be able to access this one!

If you experience buyer’s remorse, the only way to get rid of it is to complete the Elden Ring Millicent questline and obtain Miquella’s Needle, a challenging challenge that pits you against the game’s most difficult boss. Before you do something, make sure you want this outcome! Alternately, before using the Needle, be sure you don’t want this ending because you can’t switch back to the Three Fingers once you’ve used it.

Again, the word sinks into chaotic chaos and flame, so this feels like a rather horrible finish. Reality reflecting that doesn’t seem fantastic since what we’ve seen about the Frenzied Flame suggests it causes lunacy in those afflicted by it. Positively, perhaps everyone will be too cultishly insane to notice?

Under the Subterranean Shunning-Grounds, you can find the Cathedral of the Forsaken.
There is a large stone door down here that the player cannot open.
It can only be opened by taking off all armour and successfully interacting with it when “naked.” If you don’t want the Lord of the Frenzied Flame Ending, don’t do this! Until you locate Miquella’s Needle, which is difficult to do, you will be locked into this conclusion.
When a nude player interacts with the door, a cinematic occurs in which the Three Fingers seize the player and cause full-body burns and flashing red eyes.
Kill the king or queen.
Use the Elden Ring to interact with it and select “Become the Lord of Frenzied Flame.” 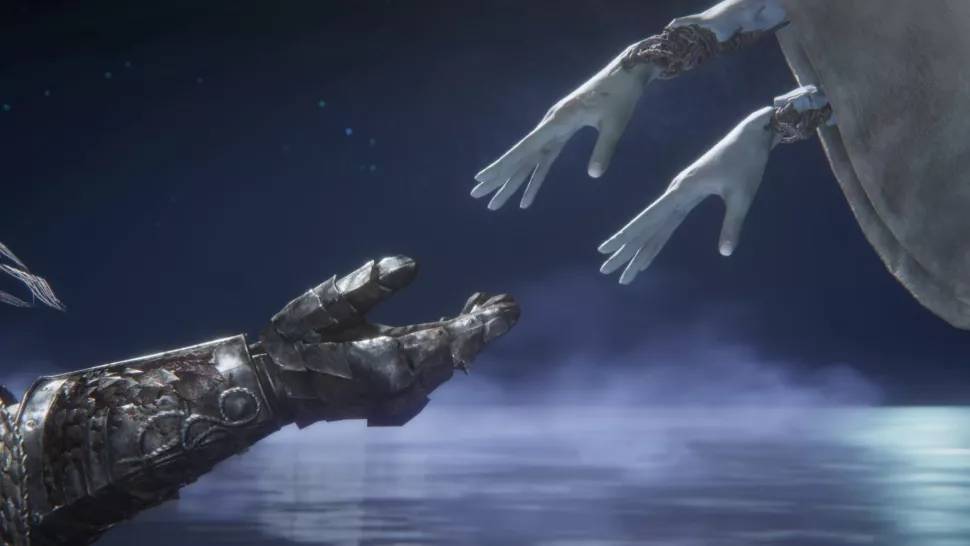 The Age of Stars is likely the greatest conclusion for Elden Ring, in our opinion. Ranni has been a significant character throughout the series, and her finale (in whichever form you choose to read it) feels like an intriguing, narratively gratifying shift for the Lands Between. Her questline is definitely worthwhile to complete even if you don’t summon her at the end because it will lead you to some amazing extra regions and monster battles.

There isn’t a right or wrong answer here; if you enjoyed Elden Ring enough to play through to the finish, there’s always New Game Plus to try out a different ending. In practise, though, you should choose whichever ending you think sounds like the most fun.

Gojo Eyes Explained: Why Does Gojo Satoru Has Six Eyes In Jujutsu Kaisen?