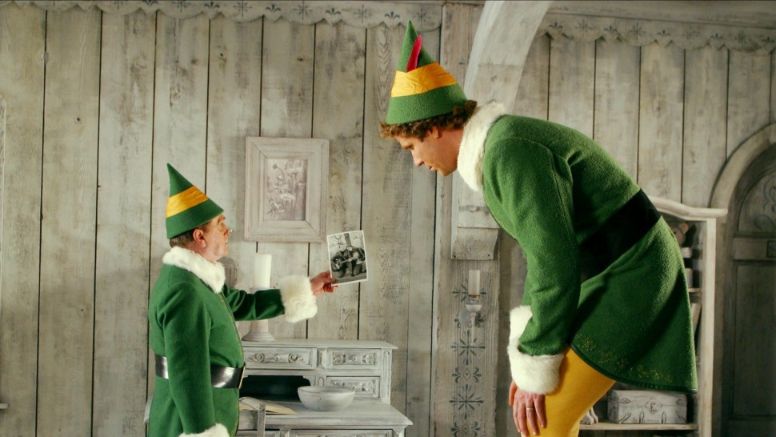 Elf movie is probably one of the most popular Christmas movies of all time. But, like many other Christmas movies, it did not stood the test of time. With changing times, people are getting more aware of the fact that jokes made at the expensive of someone’s core emotions are not funny. The internet has been calling out such movies and TV series which did not fare well with the current generation as it did with a few decades ago. take F.R.I.E.N.D.S for example. It is by far the most loved TV show ever created but, the flashbacks involving Monica’s past involves a lot of unnecessary Fat jokes, which people find offensive now. 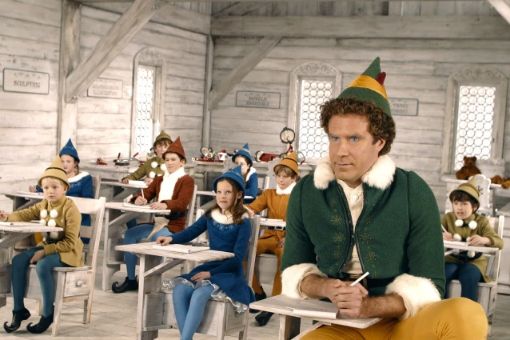 Elf (film ) did something two decades ago and people who re watch it on Christmas breaks now find it offensive. Why? Let’s find out :

‘ELF’ Makes Fun Of Disabled Little Girl: Elf became a modern holiday classic almost immediately after its release in 2003, almost 20 years later, and people are still baffled as to how offensive it is to cognitively disabled adults. The film stars Will Ferrel as Buddy and tells the story of a man who raises an Elf in the North Pole who is ignorant of human life.

Buddy’s enthusiasm for Christmas is extreme, even when compared to his elf peers, and it is understandable that the festive spirit of the film oozes from the screen and into moviegoers. According to box office Mojo, the film has grossed over $220 million worldwide. But due to the Elf movie disabled jokes, it was not shown on TV in 2021 as much as it used to be.

Many people have remarked that the film is offensive to them, with some claiming that they couldn’t even watch it for more than 10 minutes. Many have also stated that the film appears to make fun of disabled adults through the character “Buddy.”

Here are a Few more reasons why Elf is a problematic movie :

Buddy a Man Raised by Elves

Buddy is referred to as “special” multiple times while at the north pole, his toy-making talents aren’t up to par, and he is forced to take a post reserved for “special movements.” “Special” is a term that is often applied to other size people with physical and cognitive disabilities; it is often coded as “different and lesser than” everyone else. As the plot progresses, the film becomes increasingly offensive; it appears that the film is simply wrong for many. However, we all understand that, at the end of the day, it is just a movie.

The point is, for someone who is really challenged, it will turn out terribly for them; the way they approach the film will have a negative impact on them; the film has reached a zone that is quite dangerous for those who will be watching it. It appears that people have been criticizing the movie on the internet for quite some time; we are not sure if there will be any updates on the story at this time; nonetheless, it appears that the movie’s makers are certainly feeling the pain.

After its release in 2003, “Elf” quickly became a modern holiday classic. But, over two decades later, We are still perplexed by how disrespectful it is to persons with cognitive disabilities. That’s why it was voted the most overrated Christmas movie

Buddy, a man raised as an elf at the North Pole and uninformed of human life, is played by Will Ferrell. He travels to New York City in search of his birth father, Walter Hobbes (James Caan), a grumpy publisher in need of some lessons in love and charity, after unintentionally overhearing that he is human.

Buddy’s passion for Christmas is out of this world, even when compared to his elf “peers,” so it’s no surprise that the film’s festive spirit seeps from the screen and into the hearts of audiences. According to Box Office Mojo, the film has made over $220 million worldwide.

However, we couldn’t sit through more than 10 minutes of “Elf” without feeling outraged. After forcing ourselves to sit through the entire movie, I’m even more convinced that “Elf” makes fun of intellectually challenged individuals through Buddy, whether on deliberately or not. 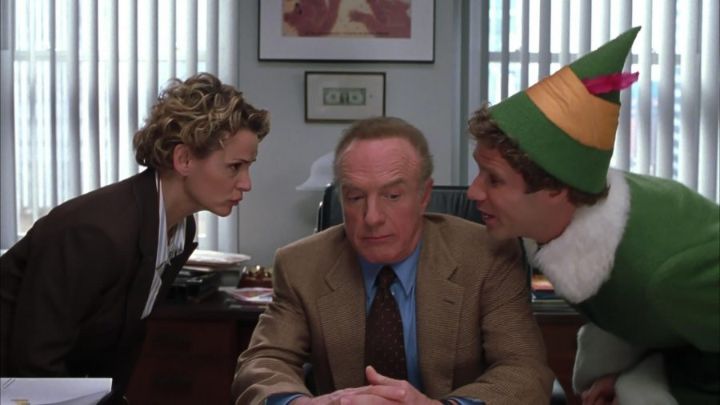 ‘Elf’ is a film about a guy raised by elves who is attempting to survive in a world that was not designed for him. Whether on purpose or not, ‘Elf’ makes fun of crippled individuals through Buddy. Buddy is taught early on in “Elf” that there is something about him that distinguishes him from other elves other than the fact that he is human. Buddy’s actual body doesn’t fit on elf furniture, but that isn’t the issue. Buddy and other elves have a distinct cognitive distinction, which has been established. During his time at the North Pole, he is referred to as “special” multiple times. His toy-making abilities are insufficient, therefore he must accept a position reserved for “exceptional” elves. People with physical and cognitive limitations are sometimes labeled as “special.” It’s generally code for “different and inferior” to the rest of the group.

He’s also the North Pole’s lone “elf” who doesn’t understand he’s human. Buddy’s IQ isn’t that of a “typical” elf, or else the revelation would have caught him off guard. From there, things only get worse.

You can simply say, if you don’t like it don’t watch it. True, but when you don’t say something, it means you are saying, it is OKAY, which it clearly isn’t. Not that we support the Cancel Culture that’s been making rounds everywhere, giving no creative liberties to the writers. But, this isn’t something a 21st century person should let fly. The movie will be watched for generations to come, what’s important is that we point out to children that this kind of behaviour is wrong and disabled people deserve more respect, like everyone else. That’s probably why iElf Movie wasn’t shown on Christams on a lot of Tv networks in 2021.

Whether on purpose or not, ‘Elf’ makes fun of crippled individuals through Buddy. Some cognitively impaired persons, like Buddy, believe in Santa and the Christmas magic. Their happiness spreads happiness to those who love them. People who recognize the importance they provide to the world are unlikely to disparage them openly.

Buddy’s own father Walter never stops using insulting slurs against him after he arrives in Manhattan. Walter informs the doctor that Buddy is “certifiably insane” at the doctor’s office when he pushes Buddy to take a paternity test. Walter describes his son as a “deranged elf man” to his wife later in the film. Even when Walter tells Buddy he loves him at the end of the movie, he says that Buddy is “chemically unstable.”

Buddy is never completely accepted for who he is by one of the most important people in his life, therefore “Elf” can’t be a heart-warming narrative of acceptance. If Buddy has a disability, the film never expressly states it — and it would have been more powerful if it did.

Whether on purpose or not, ‘Elf’ makes fun of crippled individuals through Buddy.

Buddy’s impairment is never directly stated, although it is clearly implied. “Elf” would have had to take responsibility for its insulting words if it had stated a cognitive difference. That would mean removing a lot of verbal and physical comedy that is supposed to be funny but isn’t.

Buddy eating cotton balls, sprinting toward moving taxi cabs, and even exposing a department store Santa as a phony don’t make many people chuckle. Rather, these instances made us wish he had a solid support structure in place. It is feasible to make a joke about handicap, contrary to popular opinion. All you have to do now is let disabled folks know that they’re also in on the joke. Casting impaired actors in disabled roles is the simplest method to accomplish this.

Alternatively, a character in the film could have confronted Walter about the cruel remarks he frequently hurls at Buddy. That moment, however, never arrives. If Buddy had been able to stand up for himself by the end of the movie, the lesson would have been more powerful. It would have been a rare and significant gesture of solidarity for the disabled community if writer David Berenbaum had fully dedicated to Buddy’s empowerment. Instead, seeking chuckles, “Elf” falls back on hackneyed cliches.

Buddy is undeniably a hero and rescuer of Christmas in “Elf,” but he could have also become his own champion. Instead, his suggested impairment is portrayed as an afterthought in the film, which is maybe a tragic parallel for how society often treats disabled people as afterthoughts.

Even when crafting a supposedly pleasant Christmas movie, filmmakers should carefully consider how disabled characters are depicted in cinema and on television in the future.

They should also remember that making a joke about someone’s disability is never funny. The sooner we as a society embrace this, the sooner someone will be able to create a new Christmas classic that is truly worthy of the adoration that “Elf” has received.