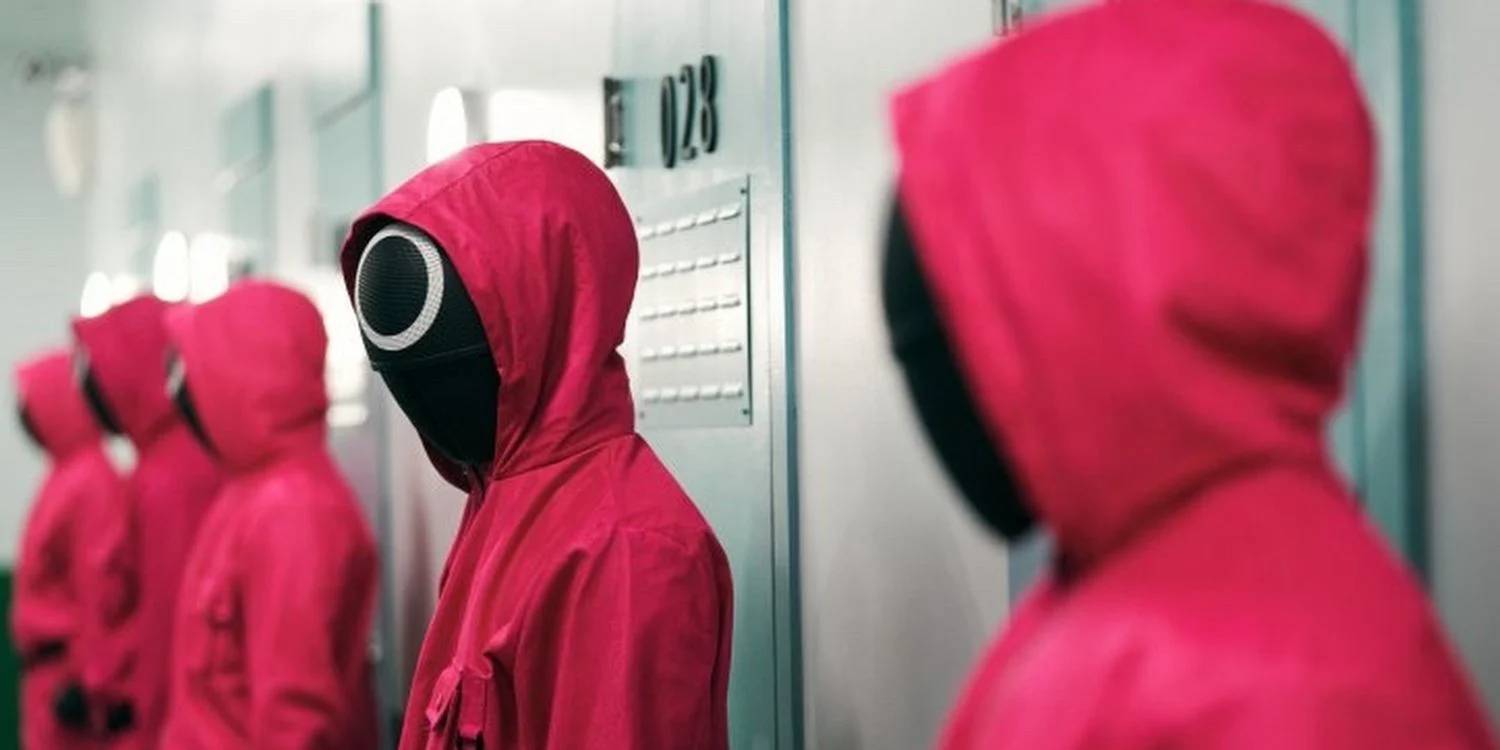 Following his victory at the 2020 Academy Awards, film director, producer, and screenwriter Bong Joon-Ho said it best: “Once you break the one-inch-tall barrier of subtitles, you will be introduced to so many more fantastic films.” This holds true for television series as well.
Great stories may come from everywhere, from political dramas to horror, science-fiction to romance, and part of the appeal of streaming services like Netflix is how much more accessible these stories become. These are some of the best foreign shows on Netflix right now, with IMDb praising them. They bring elements of the world to your TV screen. 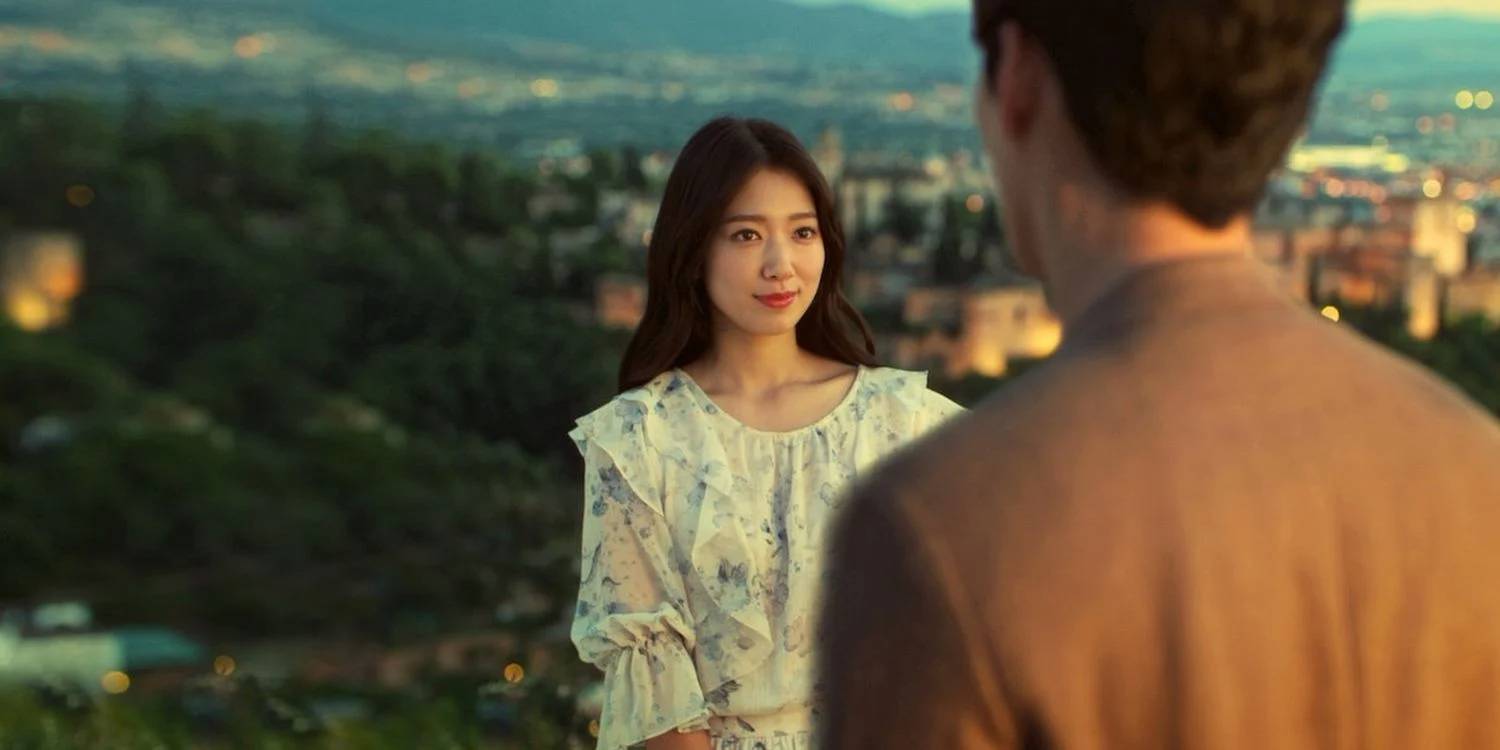 Sometimes all you need is a dose of augmented reality. Hyun Bin plays Yoo Jin-woo, the CEO of J One Holdings, an investment firm. He flies to Spain with the intention of meeting with the enigmatic inventor of a new augmented reality game set in the Alhambra, a palace and fortress in the city of Granada. Instead, Yoo Jin-woo meets the creator’s sister, Jung Hee-joo (Park Shin-hye).

As the two find themselves negotiating bizarre scenarios together, real life becomes indistinguishable from the hyperrealistic game. This science fantasy-action-romance has been a hit, with several reviews calling it a “cleverly built tale.” Not to add the stunning visual effects. The series has a 7.9/10 rating on IMDb. 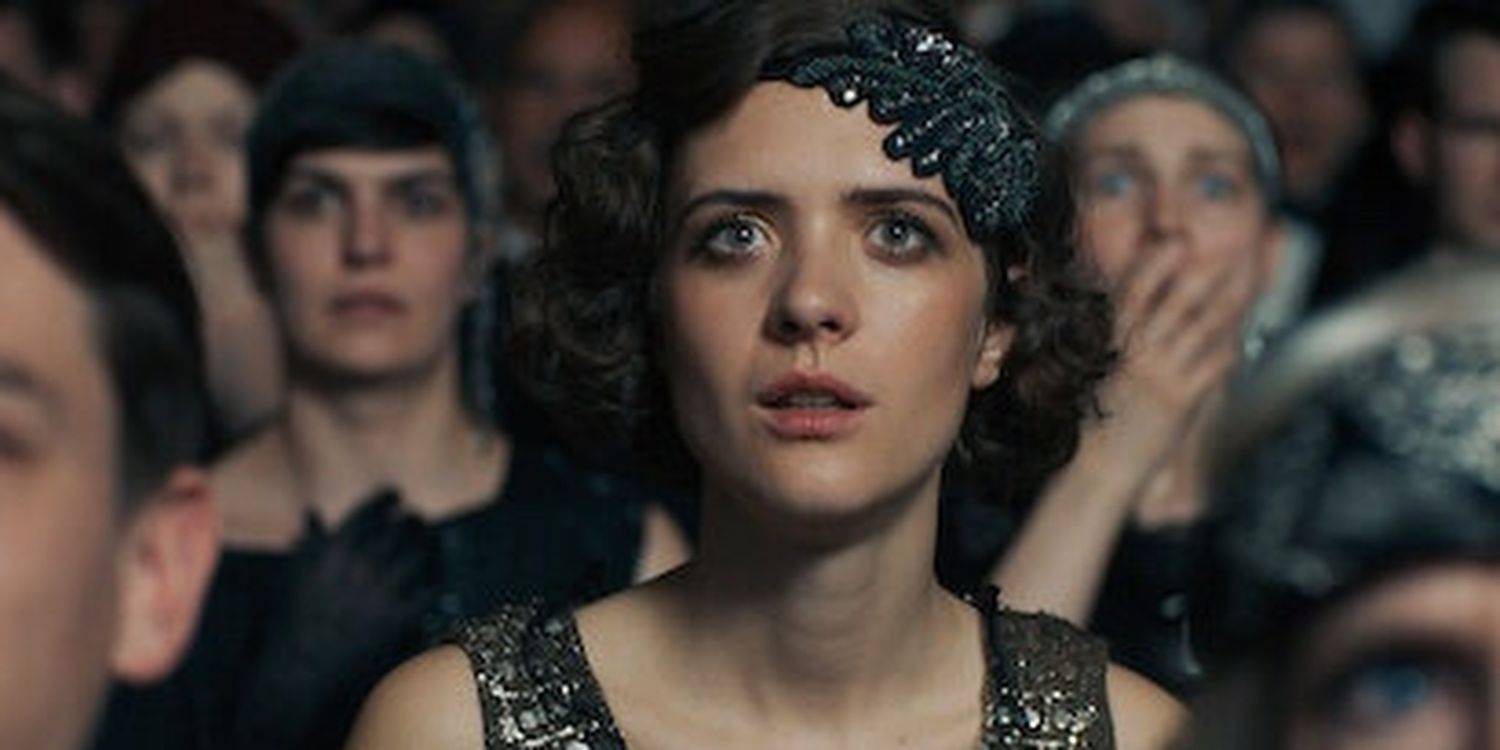 Germany’s capital, like Mesopotamia’s fabled city of sin, went through a turbulent period (in this case, post-World War I). Berlin could have been regarded as Germany’s Babylon, with rampant depravity, oppression, and political corruption.

This period drama follows a police inspector (Volker Bruch) and a flapper wishing to be a police inspector (Liv Lisa Fries) as they investigate some of the city’s largest conspiracies, based on historical fiction novels authored by Volker Kutscher. The series took off, quickly becoming Germany’s most-watched drama in 2018. It also won a lot of honors that year, including four awards at the Deutscher Fernsehpreis. On IMDb, the series has an 8.4/10 rating. 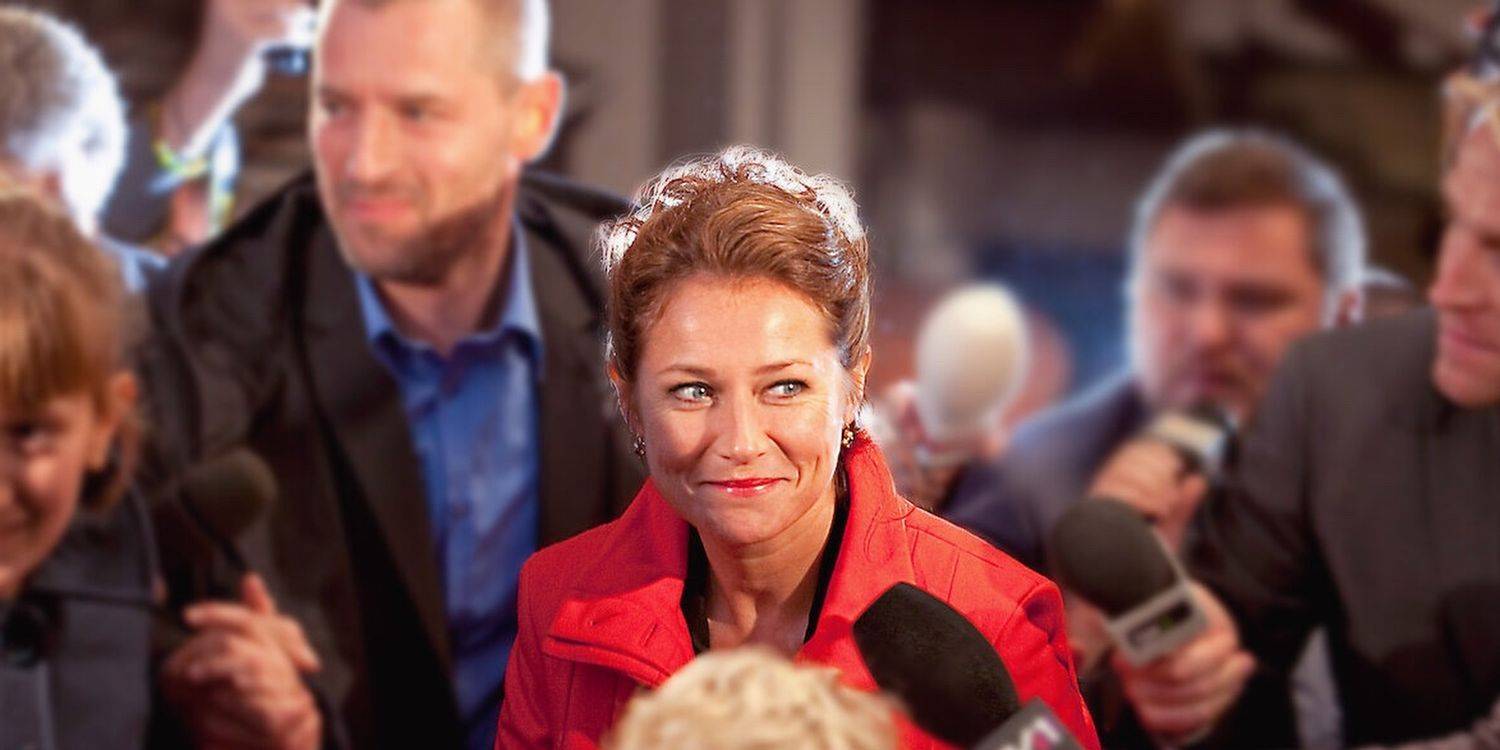 It has been the site of numerous political victories and defeats. Sidse Babett Knudsen plays a party leader who becomes Denmark’s first female prime minister, and the drama covers the challenges of working in politics, as well as in media and journalism.

Borgen has earned a total of eight awards for its excellent cast of (especially female) characters and unexpected forecasts about the future of actual Danish politics. Even better, Stephen King named the series as one of his top ten favorite telev ision shows of 2012, and it has an IMDb rating of 8.5/10. 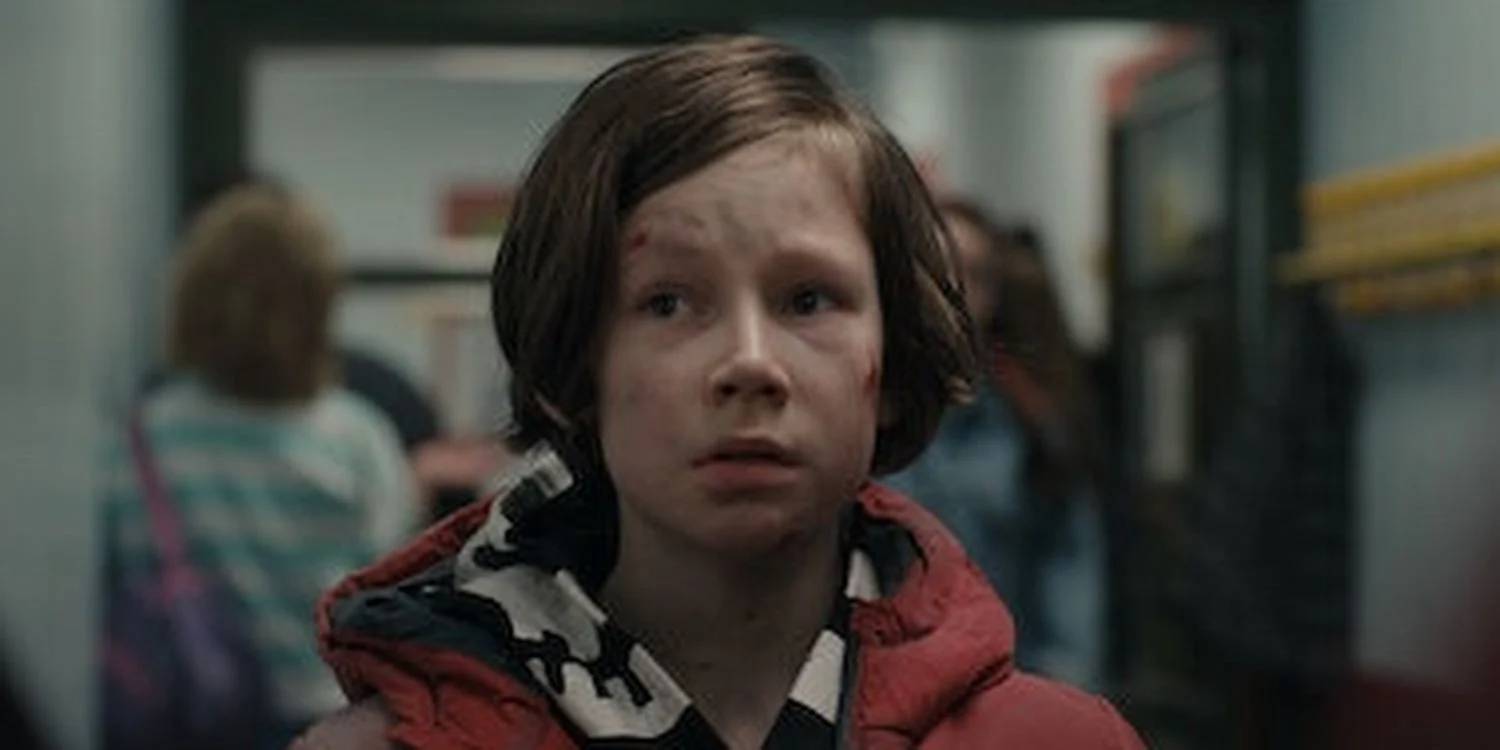 This series is completely intriguing, with a touch of science fiction, a bit of mystery, and a bit of tragedy. Dark is a German production set in the current day (at least at first) that follows four families as they navigate a mysterious town. Following the disappearances of many youngsters, their lives begin to unravel, and these events hauntingly relate back to weird incidents in the same community decades, if not generations, before. Fans have described the series as a “Lynchian” Stephen King story, and it has received eight awards and 21 nominations. Its third and final season has some of the highest-ranked episodes on IMDb: the series is scored 8.8/10. 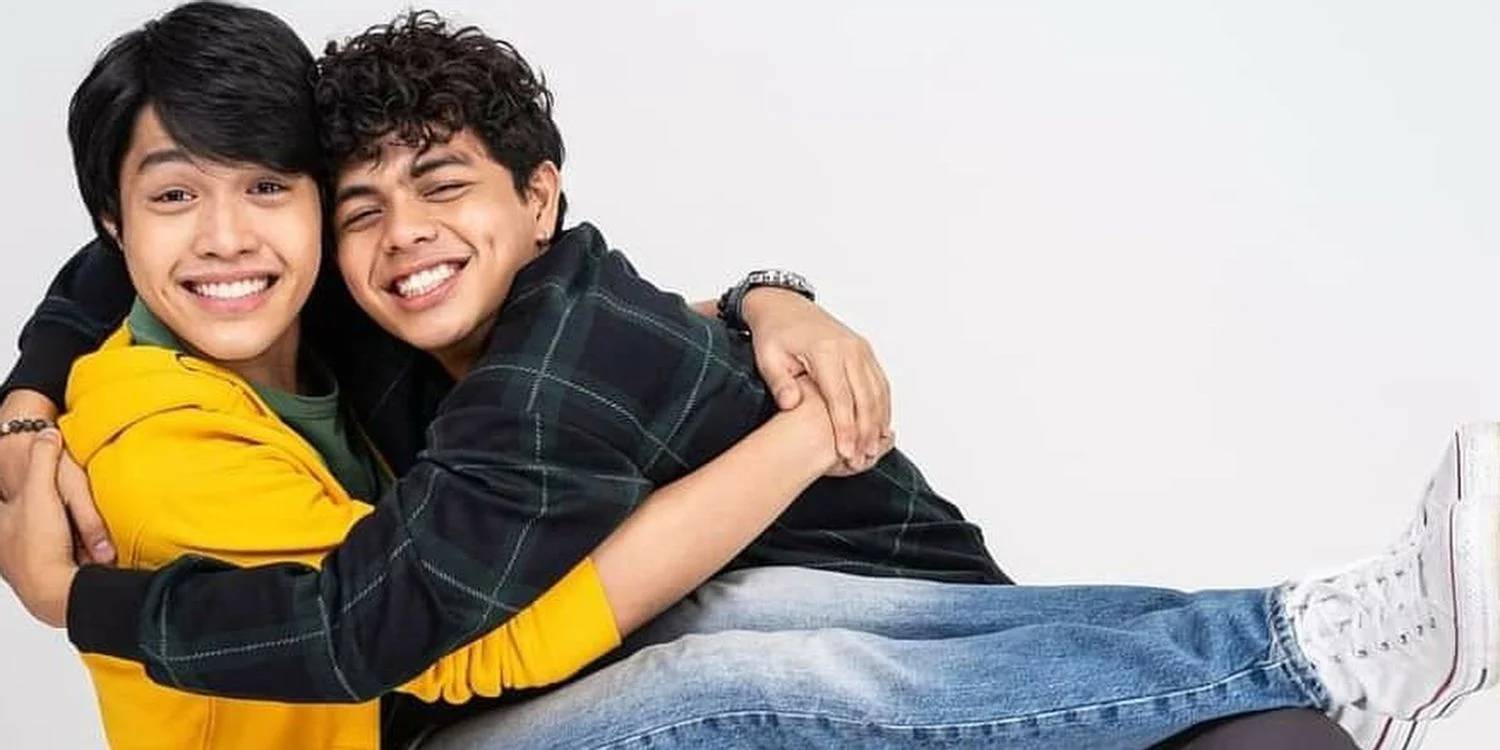 Canlas, Elijah Cairo Lazaro (Elijah Canlas) is a live-stream player who is being courted by Angel2000, better known as Gavreel Mendoza Alarcon, a fan (Kokoy de Santos). The two meet online while quarantining during the COVID-19 epidemic in 2020 in this romance drama, popularly known as yaoi (translation: boys’ love).

One is looking for a rematch after losing in a mobile game, while the other is looking for something more. Gameboys has received critical acclaim for its performances, timeliness, and portrayal of Filipino culture. The series was named Best Web Series at the Indie Shorts Awards Seoul (2020) and has an IMDb rating of 8.7/10. 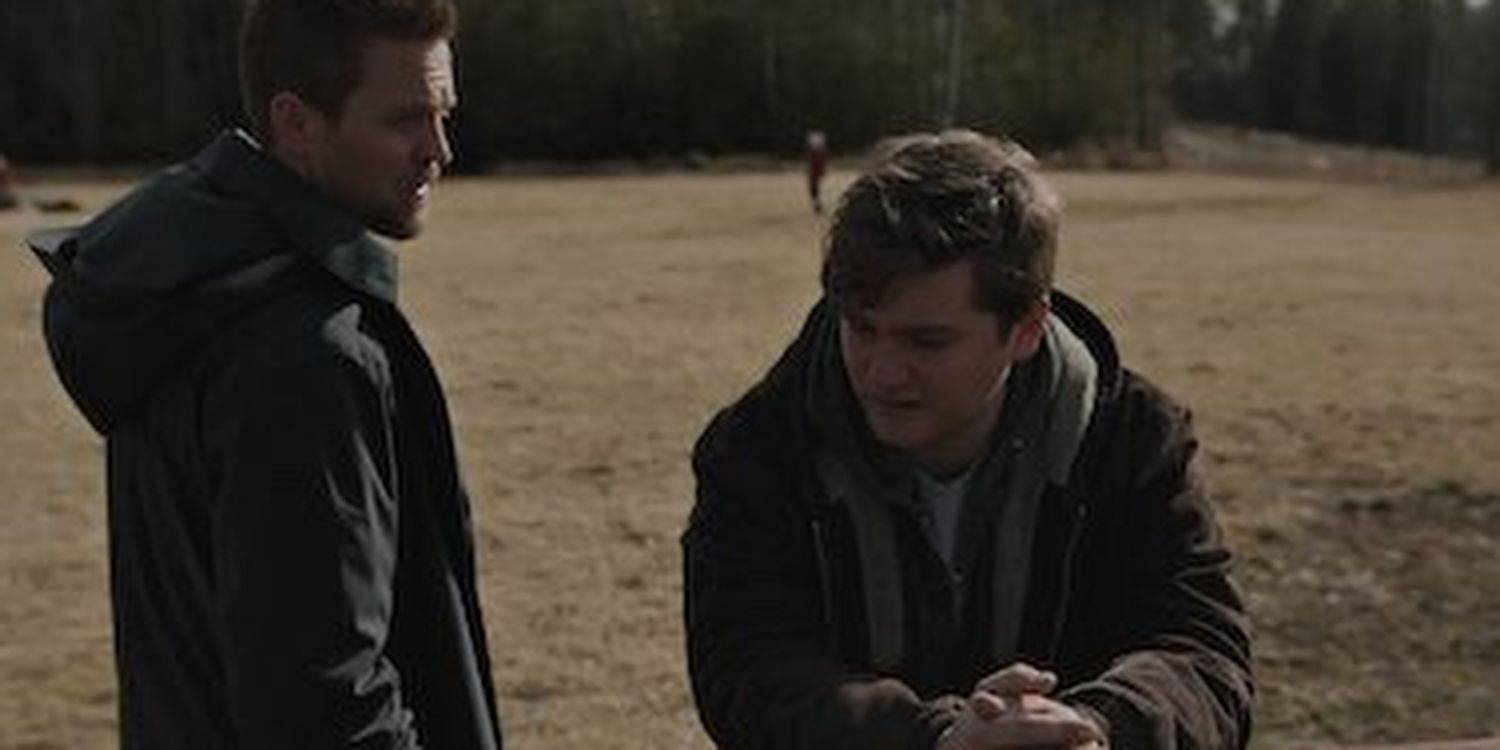 When police detective Nikolai Andreassen (Tobias Santelmann) returns to his hometown, he faces a moral dilemma when he decides to cover up a possible homicide investigation in the hopes of keeping his brother, a local cop, out of it. However, his companion (Ellen Dorrit Petersen) believes there is more to this death than meets the eye.

Nikolai is compelled to create a web of lies (Niko-lies, if you will) in order to protect himself from her pursuit of the truth. Tobias Santelmann was nominated for Best Actor in Norway’s 2018 Gullruten Awards for his work in this gripping noir crime series (Golden Screen). The series is underappreciated, with an IMDb rating of 6.8/10. 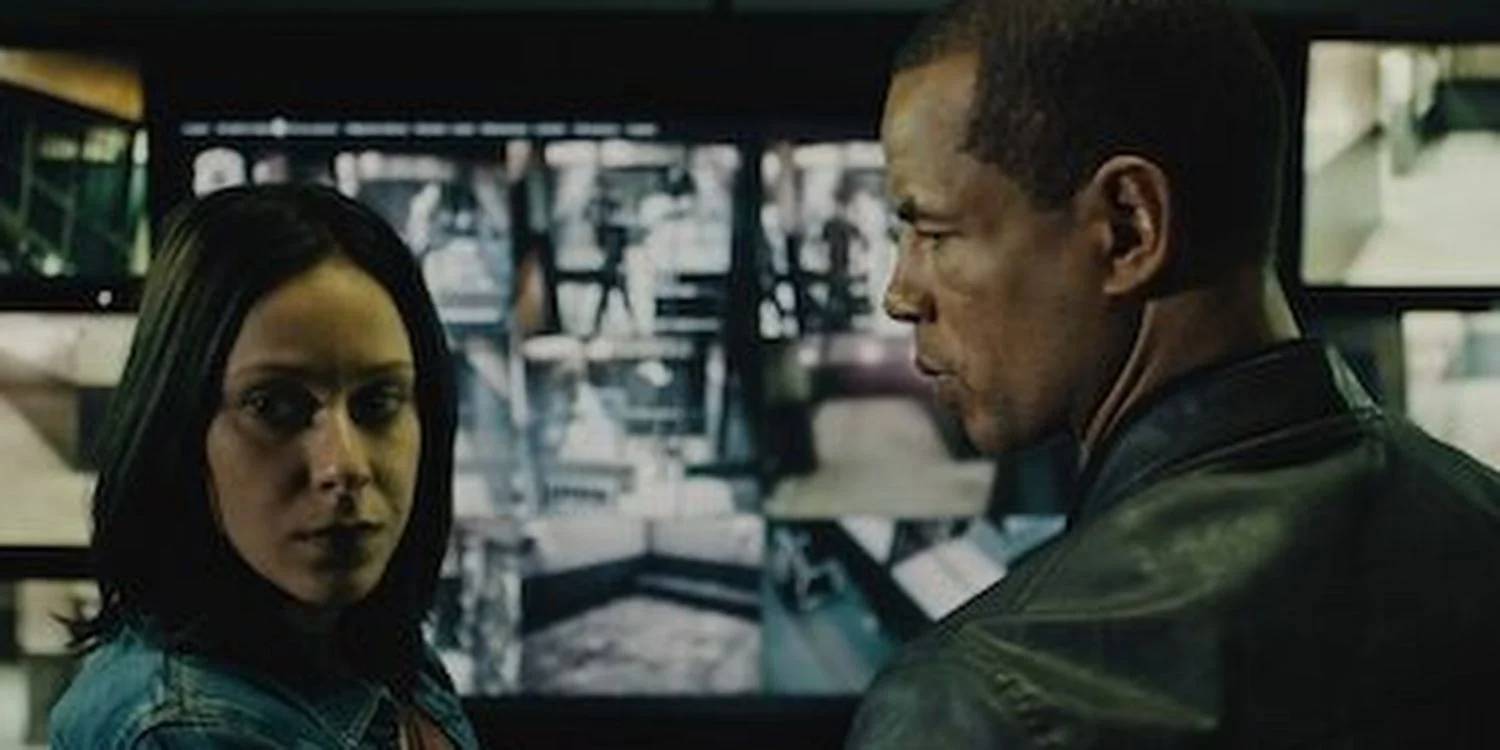 Following a Brazilian Federal Police delegate (Selton Mello) and his partner (Caroline Abras) as they uncover and investigate a life-changing money laundering operation, Narcos creator Jose Padilha delivers fans The Mechanism, a series loosely based on true events. They become embroiled in a web of government corruption involving oil and construction firms.

This 2018 political drama was nominated for both the Associaço Brasileira de Cinematografia Cinematography Award and the Golden Trailer Awards the year before, which honor the greatest TV advertisements, trailers, and teasers for foreign programs. As a result, the series has an IMDb rating of 8.4/10. 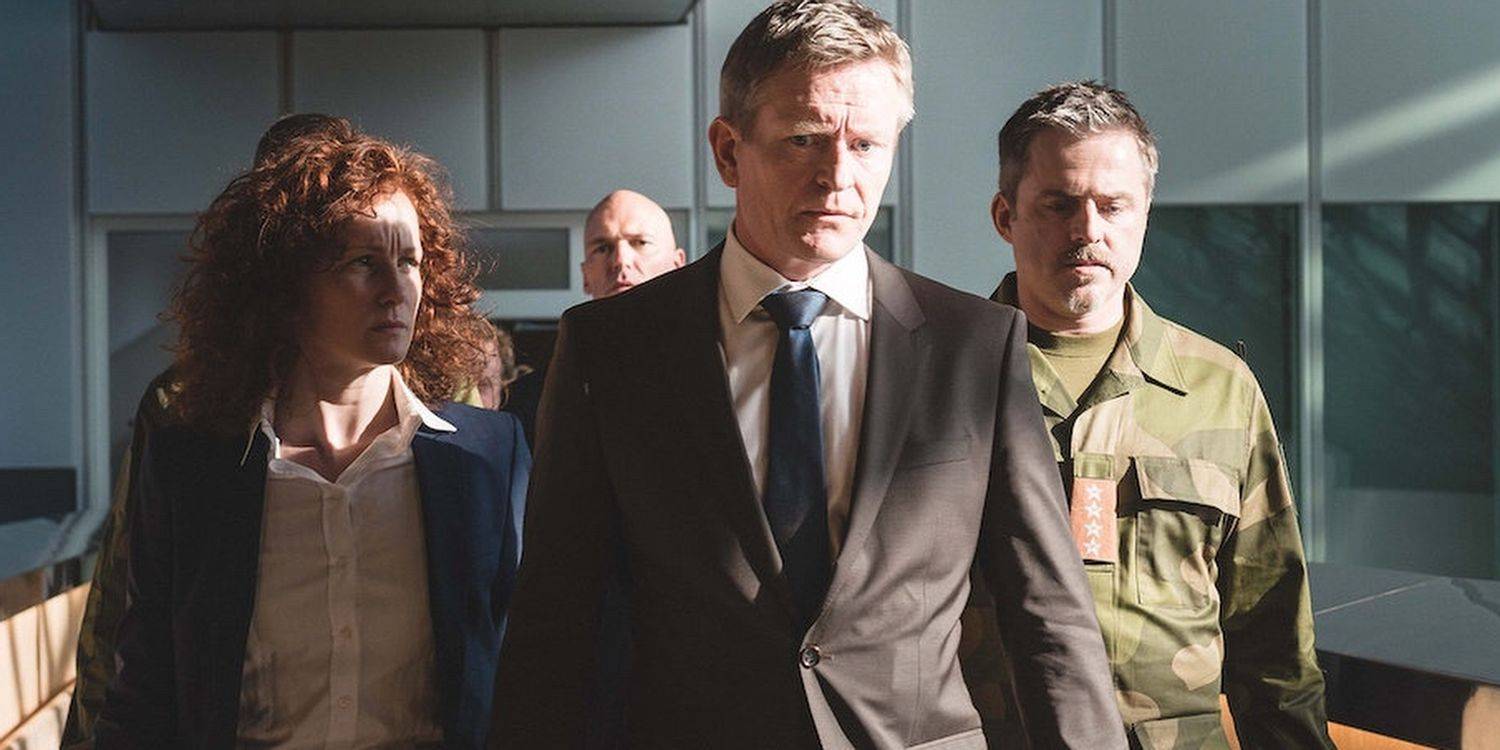 As a result of the physical and economic devastation caused by climate change in Norway, the Norwegian government has decided to halt oil and gas production, which will have a detrimental influence on other countries. Russia intervenes to capture oil supply, aided by the European Union.

This drama, set in the not-too-distant future, depicts Europe grappling with an energy catastrophe. Despite the fact that it depicts an unlikely scenario, the show has won accolades for its execution and inventiveness. The series was a winner at the Mannheim-Heidelberg New Creators Award. The series has a 7.7/10 rating on IMDb.

This Korean drama, which is named after a popular children’s game from the 1970s, has taken Netflix by storm, with its popularity skyrocketing across 94 countries in only one month. Squid Game is a documentary that follows people who are down on their luck and in desperate need of money.

Things take a sinister turn after unexpected invites to compete in seemingly innocent children’s games for a monetary prize are received. You must be the last person standing to earn the prize of almost 45 billion won. There will be grave consequences if you make one mistake move, bringing Survivor to a whole new level. This series has an 8.1/10 rating on IMDb, indicating that it has wowed viewers throughout the world. 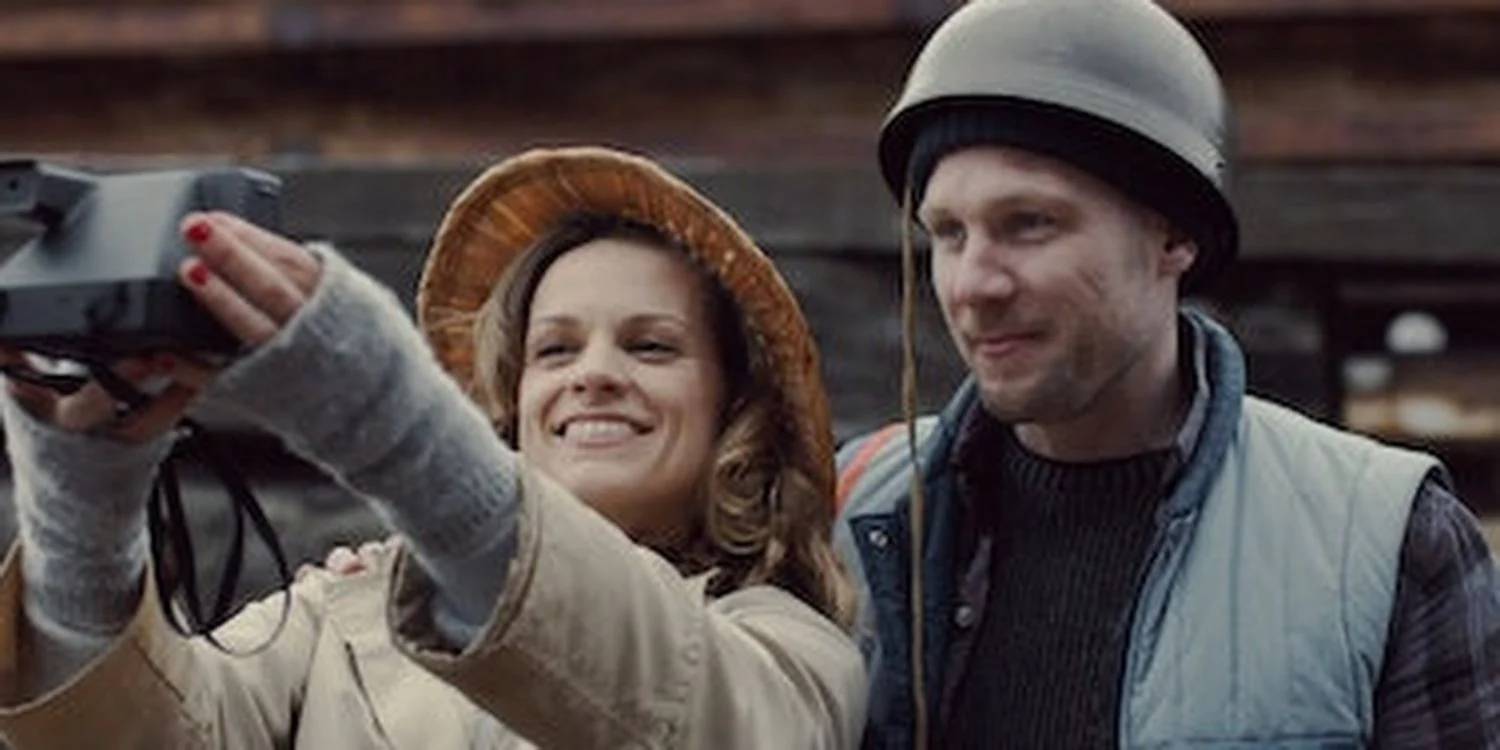 How can you help solve a mystery if you can’t recall why you’re a suspect in the first place? Tabula Rasa is a psychological thriller about Mie, a lady who has lost her memory (Veerle Baetens). She becomes entangled in a mystery since she was allegedly the last person to see a now-missing man. While Detective Inspector Wolkers (Gene Bervoets) works on the investigation, Mie is stuck in the hospital, trying to piece together what little she remembers and figure out what happened to the man. The frightening miniseries has an 8.0/10 rating on IMDb, keeping viewers on the edge of their seats and unsettling fans in the greatest manner possible.