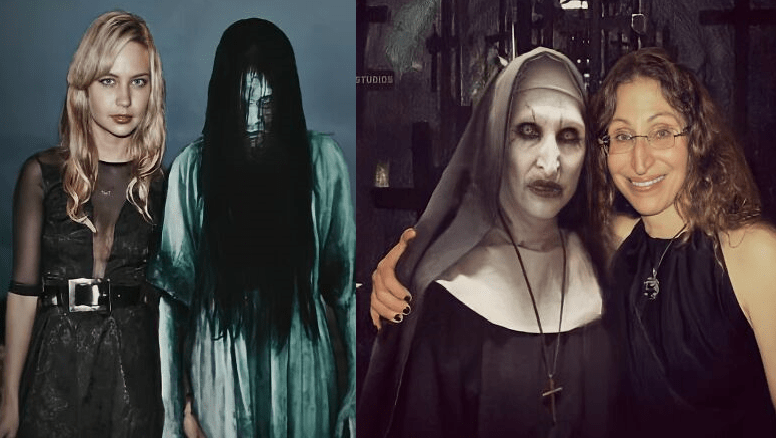 18 Horror Movie Ghosts Along With The Actors Who Played Them

Many fantastic films have been made with some truly memorable characters that will be remembered for years. Some of these are world-famous and have become indelible parts of modern pop culture. The make-up, costumes, editing, and extraordinary acting talent that went into bringing these characters to life will not be forgotten.

Angela Norris, the proprietor of Fxattics Studios, is responsible for the incredible edits you’re about to see. Norris has demonstrated the incredible transformations required to bring these characters to life by placing human performers right next to their most renowned personas. You’ll be astounded when you see them next to one other!

Angela  says: “I am the owner of Fxattics Studios, where I make props and Halloween masks, so I’m always trying to create works of art to increase my likes and views on the page. I had the idea to do the montage with the clown Twisty as many people don’t know that he is John Carroll Lynch from the show Drew Carey. My followers liked the idea and I kept doing it.” Whatever her motivation is, we can agree that this is an extremely original and exciting idea! So without any further delays let’s see these pictures for ourselves! 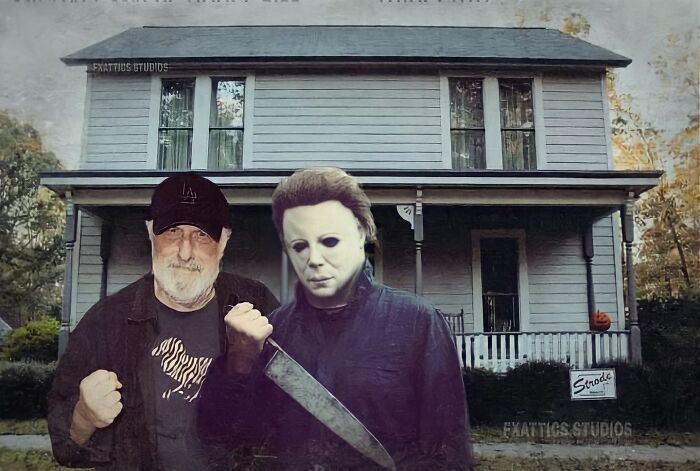 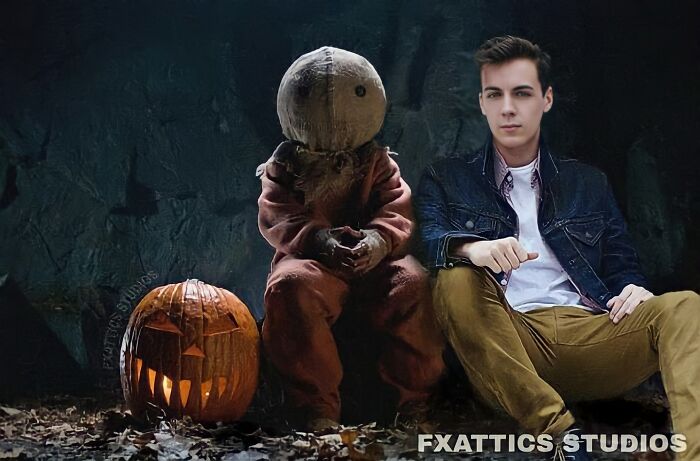 3. Freddy Krueger And Robert Englund From “A Nightmare On Elm Street” 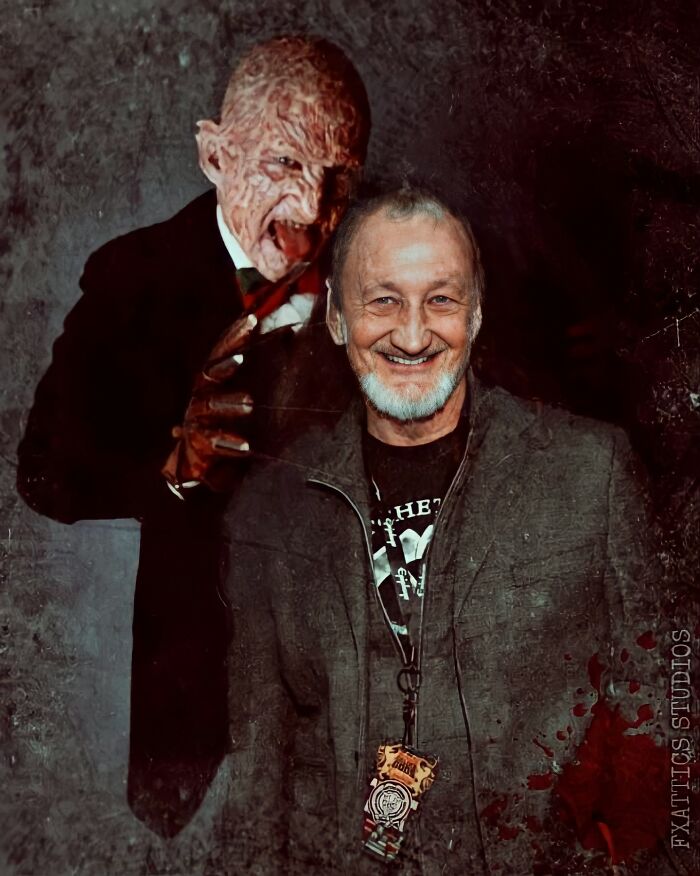 Angela’s inspiration for this project was stated by her as follows: “I am a huge John Carroll Lynch fan and he portrays Twisty the clown of American Horror Story. So many people did not know that that was him. So, I decided to make a bunch of art pieces of horror Icons and the actors who portray them. A behind the mask and makeup, if you will.”

4. Captain Spaulding And Sid Haig From “House Of 1000 Corpses” 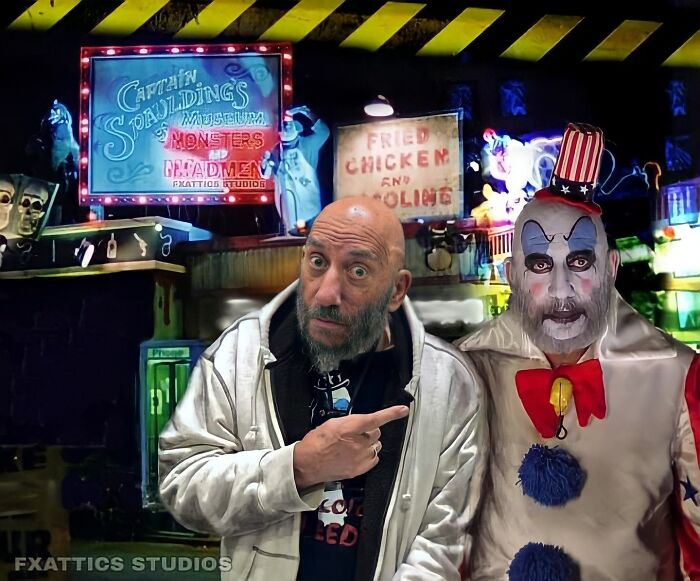 5. Clown And David Howard Thornton From The Film “Terrifier” 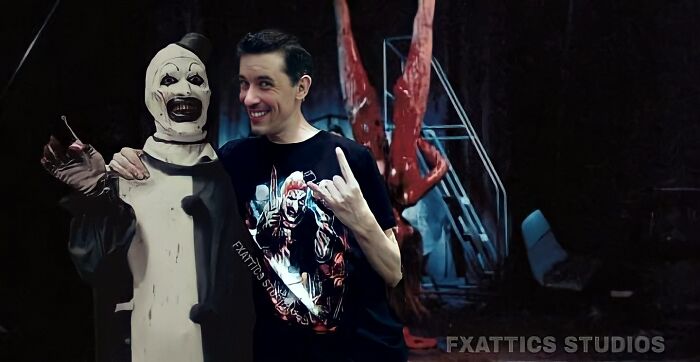 According to Angela: “The goal was to generate some followers for my business page. I try to make things that I like and what interests me because I know so many people love horror out there as much as I do.”

This project was completely Angela’s own doing from start to finish. She chose the creepiest and most elaborate characters from certain movies and TV shows and this project only took her a few days! Now that’s talent.

6. Valak And Bonnie Aarons From “The Nun” 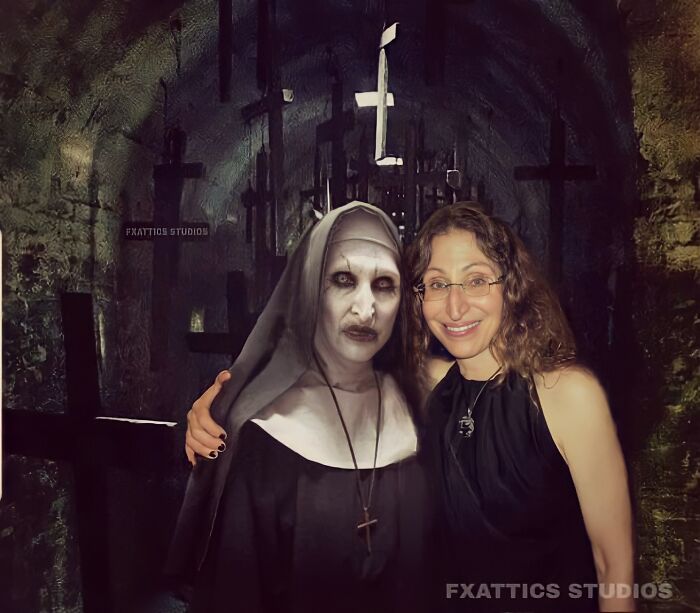 7. Samara And Daveigh Chase From “The Ring” 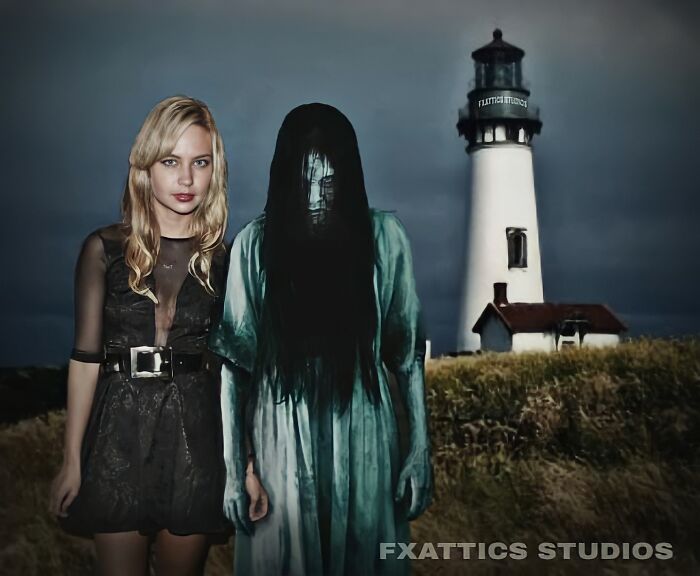 Angela tells us about her life: “I was born in Salem, Massachusetts, so you could say horror is in my blood. I have been in love with horror and monsters since I was 4 years old, at which time I accidentally watched A Nightmare on Elm Street with my brother Ken. My husband Alan and I run Fxattics Studios. I run the artistic side and he runs the business and marketing. I got the better end of the deal, if I do say so myself. We have two children, Abigail, who is 10, and Adam, who is 14. They are often used as models and in our promotional videos. The apple didn’t fall far, that’s for sure. All the magic happens in Brooklyn, Michigan, which is where Fxattics Studios is located.”

8. Lord Of Darkness, Pennywise And Frank N. Furter By Tim Curry From “Legend,” “The Rocky Horror Picture Show” And “It” 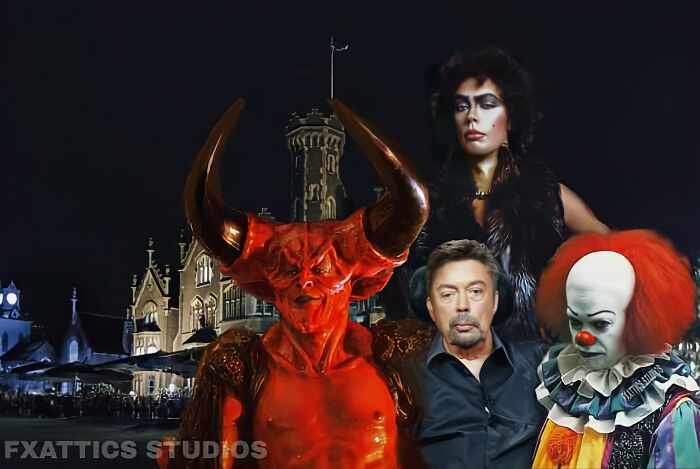 9. Pennywise And Bill Skarsgård From “It” 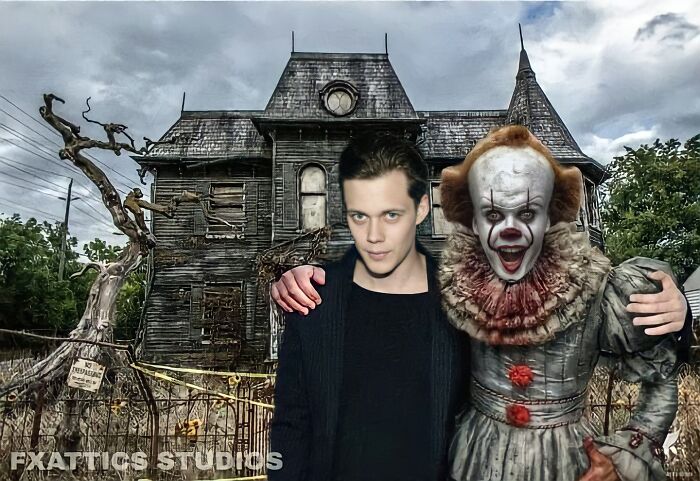 ‘Yellowstone’ Season 3 (Quick) Recap: Everything You…

Is Fresh Prince Really Based on Will Smith’s Life? How Much…

“Ever since I was a kid, I wanted to make monsters. Rick Baker, Tom Savini, and Ve Neil were my superheroes. The transformation scene in An American Werewolf in London—a thing of beauty. I was hooked. Sculpting and creating is a dream. I have sold masks to almost every continent. Hundreds worldwide. Each one handmade by us. Seeing the joy our masks have brought to people makes everything we do worth it. There’s something about being the bump in the night on Halloween that fuels us.”

These are indeed some insane transformations. I’m honestly completely awestruck by the amount of talent, hours, and make-up retouches these actors would have to endure throughout the shooting of the entire movie. Props to them honestly! The amount of patience that is required for this, not just by the actors but by the entire team! 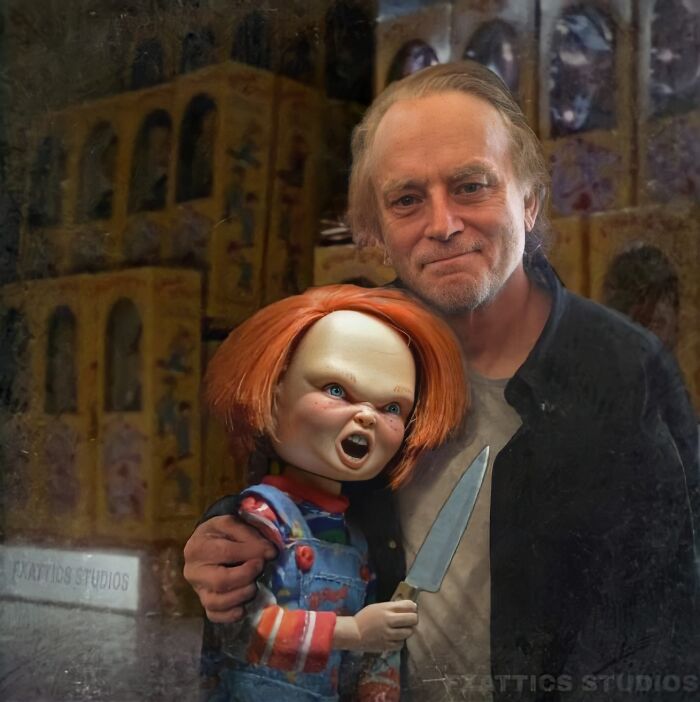 Angela goes further: “What I love about horror is that it creates feelings much like being in love. The feeling of being scared and not knowing what’s coming next is so stimulating. Obviously, on the fictional level. I fell in love with my husband while watching horror movies. He had not seen many when we met. Still brings us together now. We scare each other all the time. Even the kids will hide for minutes on end for the perfect scare.

At the end of the day, we teach and preach that real monsters do not wear masks. We love what we do and know that the horror genre isn’t for everyone. For those like us who love it, we try to create content that stimulates, gets that blood pumping.”

11. Pinhead And Doug Bradley From “Hellraiser” 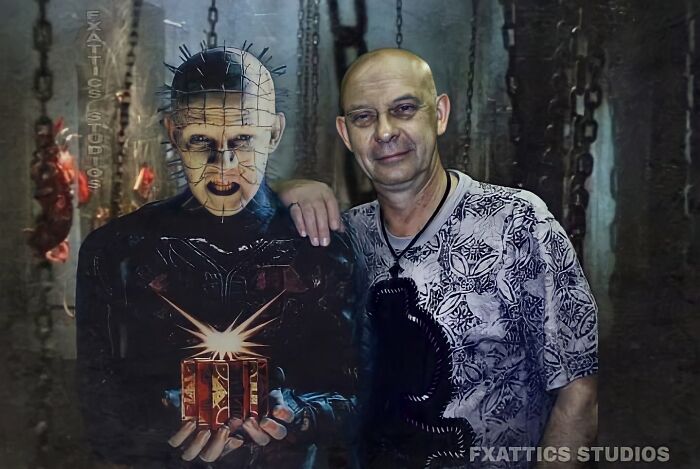 12. Jason Voorhees And Kane Hodder From “Friday The 13th” 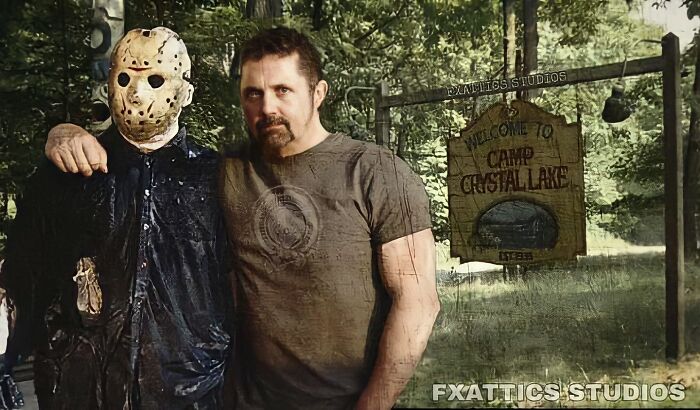 ALSO READ : 9 Horror Movies Apart From ‘The Conjuring’ Where The Real Ghosts Haunted The Cast

13. Leatherface And Gunnar Hansen From “The Texas Chain Saw Massacre” 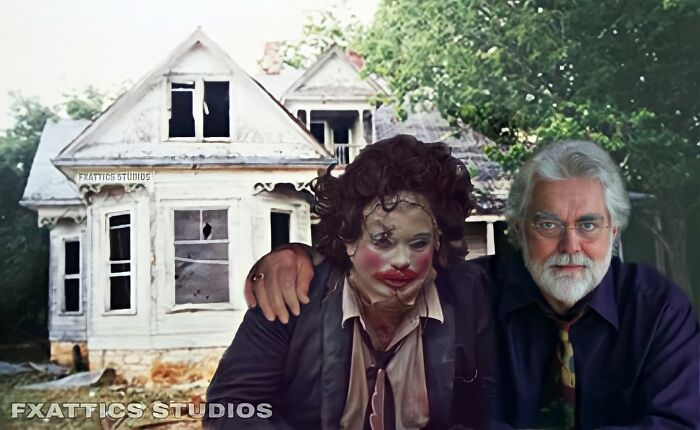 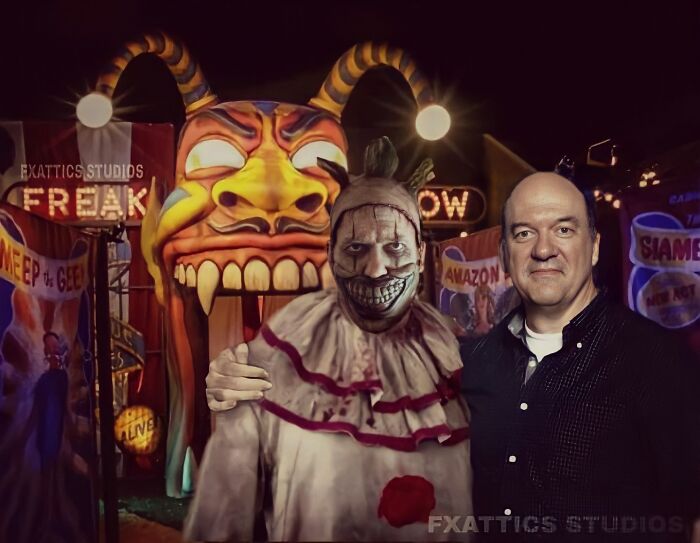 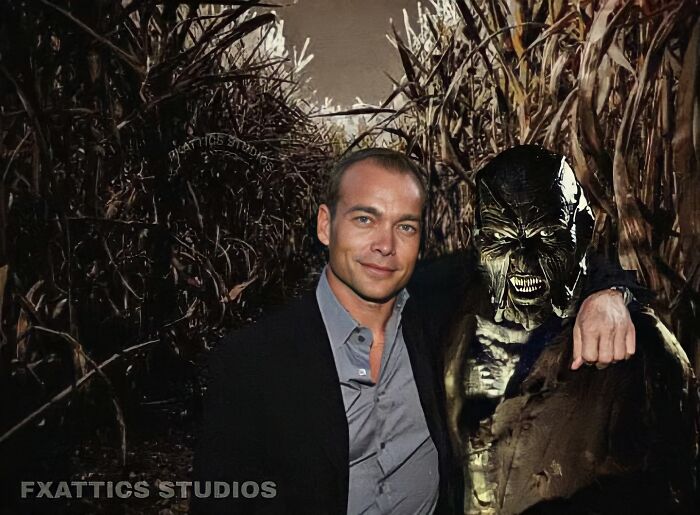 “That’s what it’s all about. My mom and dad told me I could be anything I wanted when I grew up, even when I told them I wanted to make scary monsters and masks. I am proof that you can make dreams come true if you are willing to do the hard work to get there. We scare because we care.”

16. Predator And Big Foot By, Kevin Peter Hall From “The Predator” And “Harry And The Hendersons” 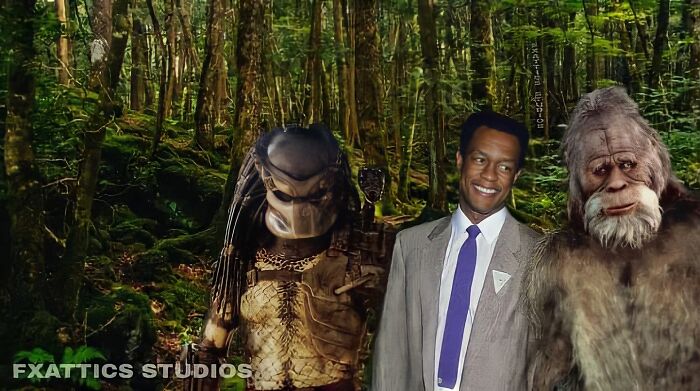 17. Leprechaun And Warwick Davis From “Leprechaun” 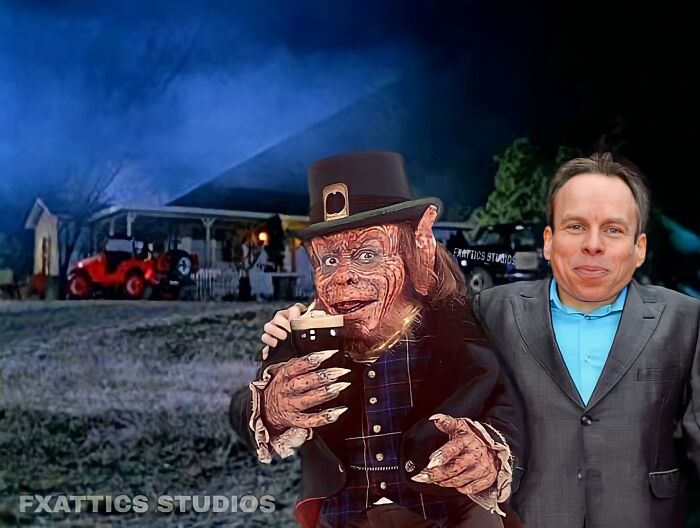 18. Beetlejuice And Michael Keaton From “Beetlejuice” 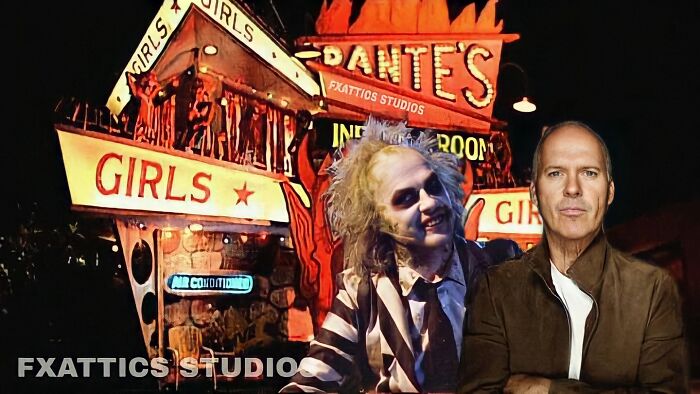 Congratulations to the entire crew for these incredible transformations! We’re truly awestruck by how these images were put together, as well as the imagination behind each face! I can’t believe they are all the same folks in each shot!

Let us know in the comments which of these movie characters was your favourite! We eagerly await your response.

The article was originally published by Defused.com

‘Yellowstone’ Season 3 (Quick) Recap: Everything You Need To Know Before…

Is Fresh Prince Really Based on Will Smith’s Life? How Much Of The Show Is…