Giancarlo Esposito has joined the cast of Francis Ford Coppola’s eagerly anticipated film “Megalopolis” in Los Angeles, California. The movie has been in development for decades and is the director’s longtime dream project after “The Godfather” and “Apocalypse Now.”

Giancarlo Esposito gained notoriety for his portrayal of the evil Gustavo Fring on the television shows Better Call Saul and Breaking Bad. He also starred in “The Boys” and “The Mandalorian,” and most recently, “Kaleidoscope,” a Netflix series about heists. Esposito appears to have joined Coppola’s ongoing production despite a busy schedule that includes filming for Netflix’s “The Gentlemen” spinoff. His specific part in the film is still a mystery, though.

Over the past 40 years, Francis Ford Coppola’s ideal project has undergone numerous stages of development. The auteur turned to more financially successful films after a string of box office failures for his 1982 musical “One From the Heart,” which had previously had both commercial and critical acclaim. However, the veteran is now in a wonderful position in his profession to pursue his 1980s-inspired passion project.

Coppola had to finance the estimated $120 million budget alone, just like he did with “Apocalypse Now,” which was well acclaimed by critics and performed well at the box office in 1979.

A science fiction movie with a New York setting called “Megalopolis” reportedly draws significantly on the Roman Empire. Following a significant cataclysmic event, the movie will tell the tale of an architect who aspires to transform the debris-filled metropolis into a paradise.

Esposito has joined the cast of “Megalopolis,” according to a recent report from Deadline, joining actors including Adam Driver, Aubrey Plaza, and Laurence Fishburne. 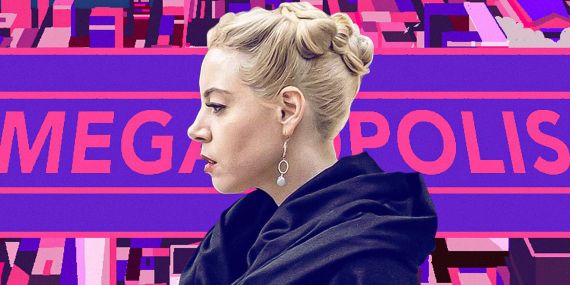 Everyone sits up and takes notice when they learn that the legendary director Francis Ford Coppola has been working on a project for more than three decades. In the twilight of his career, Coppola is famed for his vision and creative acumen, and Megalopolis, his long-gestating passion project, may be…