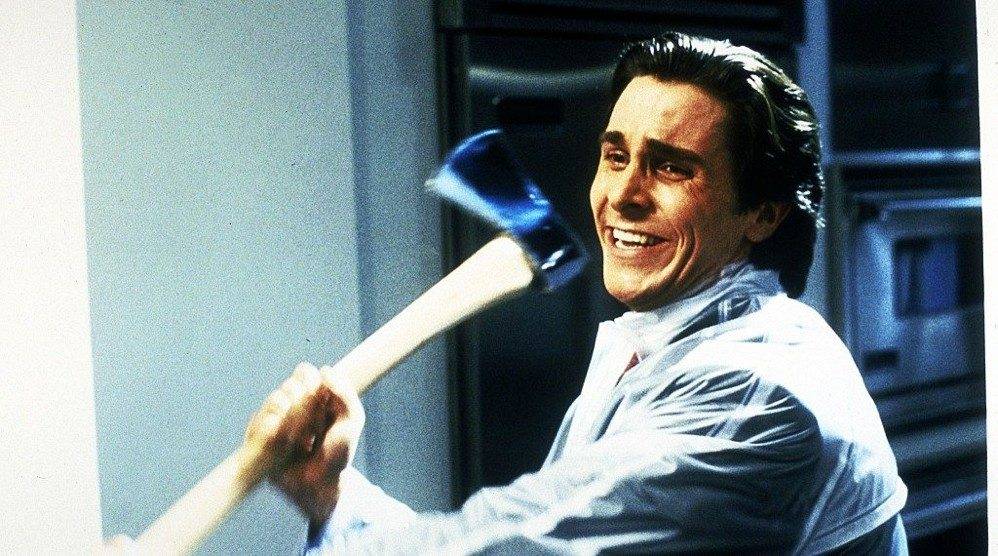 The protagonist is introduced in the opening few reels of the film. They may exhibit some unusual behavior, but for the most part, everything appears to be normal. Then you begin to notice changes in their demeanor, either as a result of their own internal conflicts or as a result of external events. Halfway through the movie, everything goes to bad and the protagonist becomes insane. You have no idea what they will do next. You’re captivated till the very end, waiting to see if they’ll hurt others or hurt themselves. I just gave you a rundown of the typical plot of a descent into madness film. We don’t have a genre for such films, but there have been so many excellent ones done on the subject that a separate genre for them would be ideal. American Psycho is a film that belongs to the “special” category.

Patrick Bateman is indistinguishable from his Wall Street colleagues since he is young, white, attractive, and Ivy League educated. Bateman is the quintessential serial killer, moving freely and fearlessly, protected by conformity, privilege, and fortune. His violent intentions are fueled by ardent materialism and searing envy when he learns that someone else has more than he does. Bateman’s bloodlust sharpens as a coworker provides him with a business card that is superior in ink and paper than his, and he ramps up his homicidal activities to a frenetic level.

If you enjoy American Psycho as much as I do, I’m sure you’re looking for comparable flicks. We tried our hardest to come up with a list of films that are similar to American Psycho, despite the fact that finding a film that is as excellent as American Psycho is nearly impossible. Take a peek around. If you’re interested, some of these films, such as American Psycho, may be available on Netflix, Amazon Prime, or Hulu. 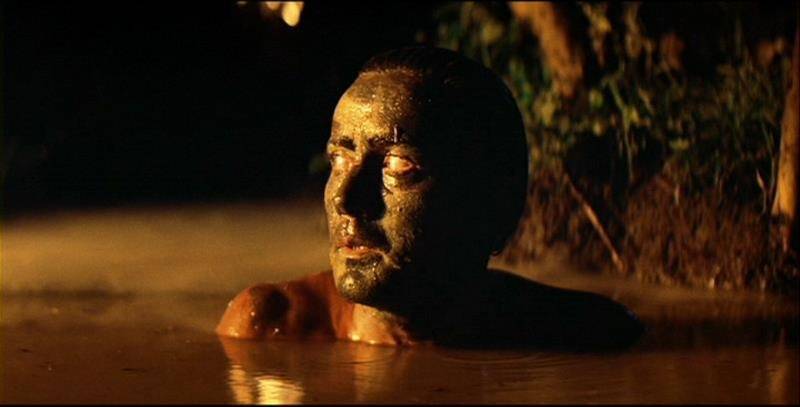 The best film ever made about the Vietnam War and the craziness that infected the young men who fought in it. Coppola pushed himself into the creation of this masterwork, allowing audiences to be thrown into the nightmare that was Vietnam. In Cambodia, an American Captain (Martin Sheen) is assigned to assassinate a Colonel who has gone insane and is fighting his own war. The more he learns about Kurtz (Brando) along the road, the more he believes in what he has done and does not feel he is insane. 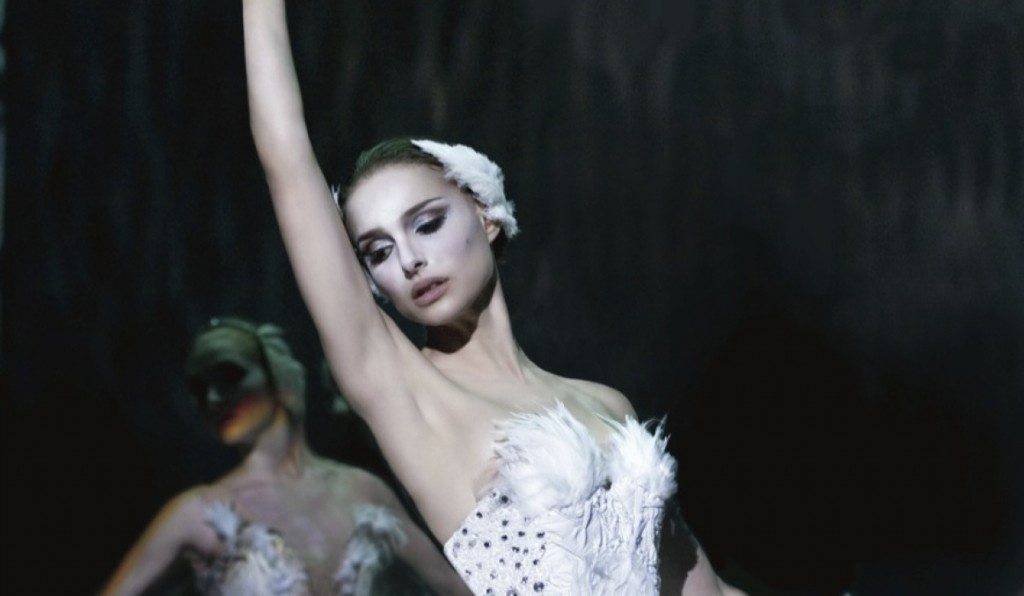 ‘Black Swan’ tells the story of Nina (Natalie Portman), a ballerina in a New York City ballet company whose life is fully absorbed with dance, as it is for all those in her profession. Swan Lake, the season’s first show, calls for a dancer who can play both the White Swan, who represents innocence and grace, and the Black Swan, who embodies cunning and sensuality. Nina is suitable for the White Swan position, but Lily is the embodiment of the Black Swan. Nina learns to connect with her dark side with a recklessness that threatens to ruin her as the two teenage dancers turn their rivalry into a twisted relationship. ‘Black Swan’ is a thrilling and at times disturbing voyage into the mind of a teenage dancer whose leading role as the deceptive swan queen turns out to be a part for which she becomes terrifyingly perfect. 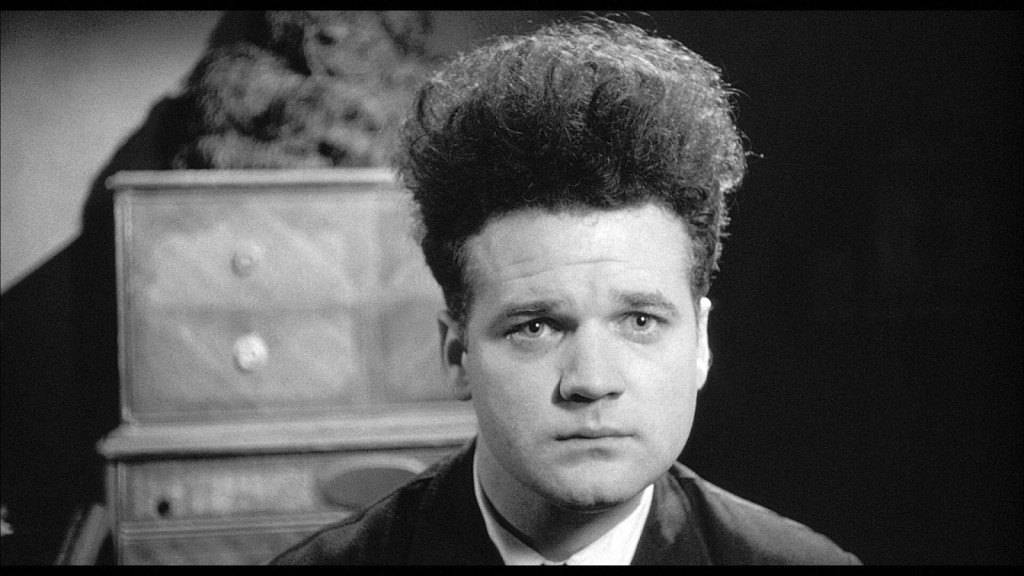 ‘Eraserhead,’ David Lynch’s first highly acclaimed film, is roughly classified as a surrealist endeavour. It tells the narrative of a parent who must care for his terribly disfigured child. Essentially, it’s a body horror film with psychological and philosophical overtones. The protagonist is revealed to live in a robotic cityscape with dystopian circumstances, torn between unsettling visions of a lady and hallucinations reflecting sexual connotations. The picture, which was shot in black-and-white and featured a vibrant and flawless soundtrack, has amassed a sizable following over the years. 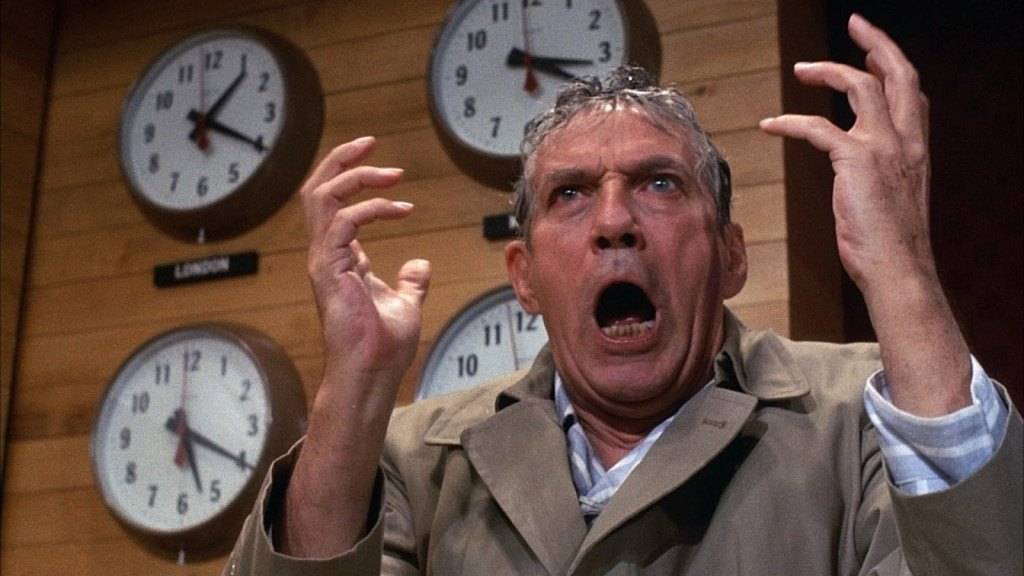 When Howard Beale, a 25-year anchorman, is forced to retire due to his age, he tells his viewers that he is going to commit suicide on his final program. When it appears that his statement will boost ratings, the entire affair is transformed into a gaudy entertainment show. The film expertly switches gears between insanity and normalcy. While the film’s main character Howard Beale’s devilish and messianic outbursts represent one end of the scale, the gradual human degradation that comes with merciless professionalism represents the other. 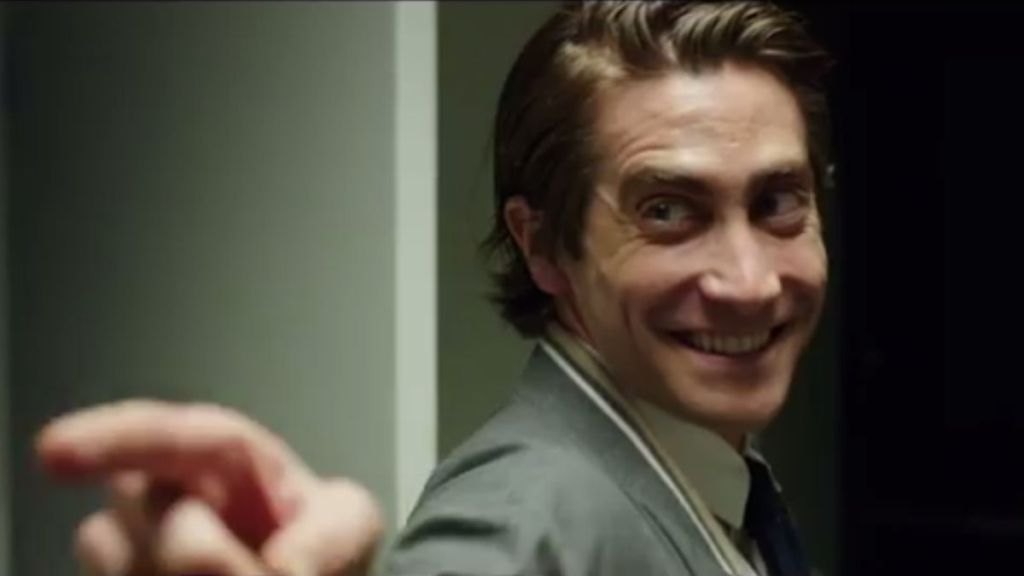 ‘Nightcrawler’ is a disturbing film about a man who will go to any length to be successful. Lou Bloom, played by Jake Gyllenhaal, is a small-time burglar who comes across as just somewhat psychotic at first. Lou’s level of insanity gradually emerges from beneath the mask of a photographer-turned-salesman. In the glare of his triumph, Lou transforms into a villain. He appears to be devoid of any moral code, life-altering challenges, or love for anyone in particular. His single virtue and fault is ambition. 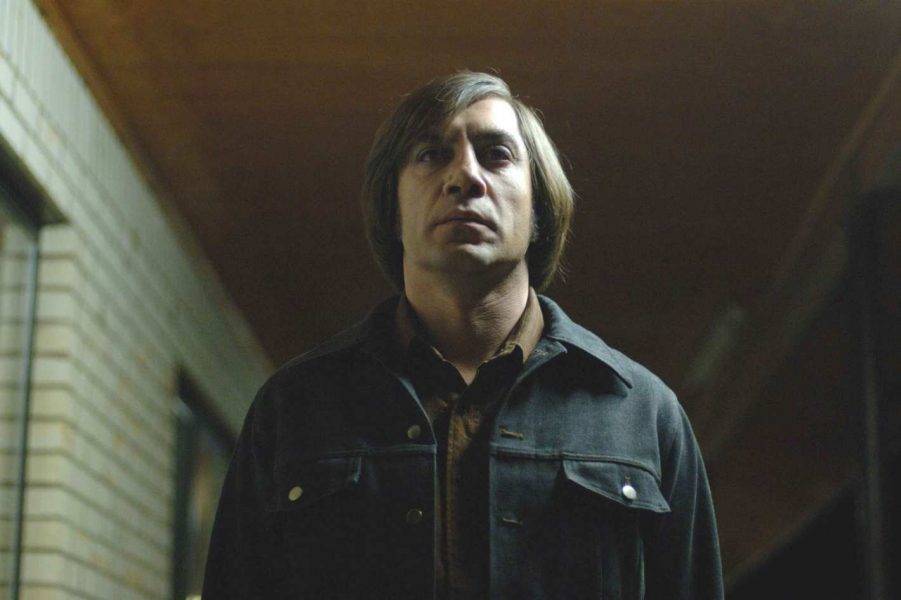 Here’s a piece of advice for all you movie buffs: After you’ve seen all of the Coen brothers’ films, come back and praise me. They are responsible for some of the most memorable films, like A Serious Man, Fargo, and True Grit, to name a few. This film, like so many others, is a work of art. Llewelyn Moss (Josh Brolin) is a hunter whose life is turned upside down when he comes across a failed heroin deal. His greed gets the best of him, and he decides to keep the two million dollars he found at the crime site. This attracts the attention of assassin Anton Chigurh (Javier Bardem), who will stop at nothing to get his money and find Moss. If the cat was a psychopathic killer and the mouse was….er… Josh Brolin, this would result in a violent cat and mouse pursuit. 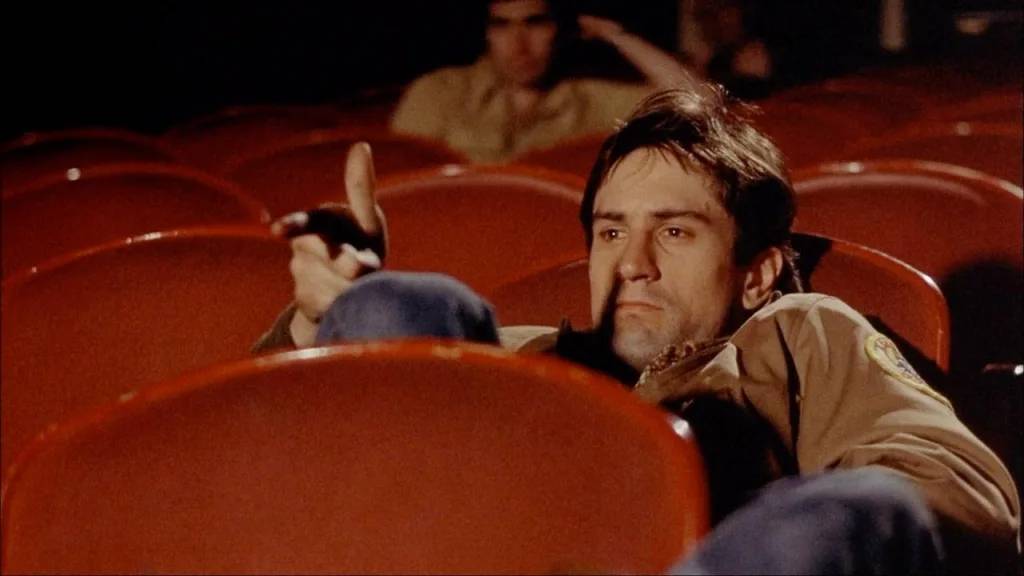 Robert De Niro provides a visceral, razor-sharp portrayal as a former Vietnam soldier now working as a late-night cab driver in New York City in the 1970s, his mind slowly being destroyed by the filth he sees around him. We know he’ll go off at some point, but we don’t know when or what will set him off, like a ticking time bomb. Scorsese created a gloomy classic, focusing his camera on the streets of the city, with the protagonist witnessing the agony he witnesses, the very torment that fuels his wrath. The initial views, with steam pouring from the sewer grates, suggest that hell is simmering just beneath the metropolis. 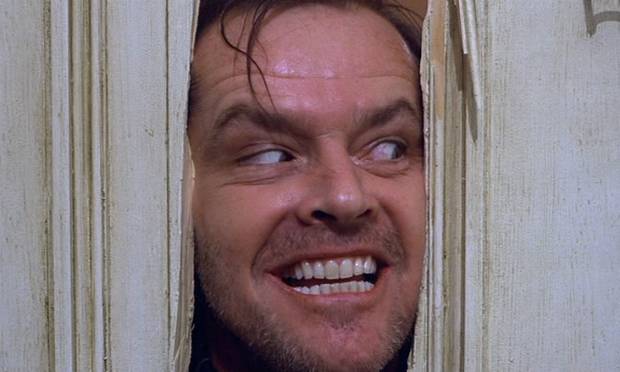 Stephen King, the author of the book on which ‘The Shining’ is based, was and continues to be dissatisfied with the movie. It’s understandable, given how little it resembles his best-selling endeavor. Instead, the picture is hypnotic, drawing you into the terrifying grandeur and solitude of the Overlook Hotel as the slow pace allows it to burrow under your skin. There are still parts of ‘The Shining’ that keep me awake, whether it’s Wendy discovering Jack’s work, Mr. Grady’s talk with Jack in the bathroom, or Jack chasing Danny through the hedge labyrinth. 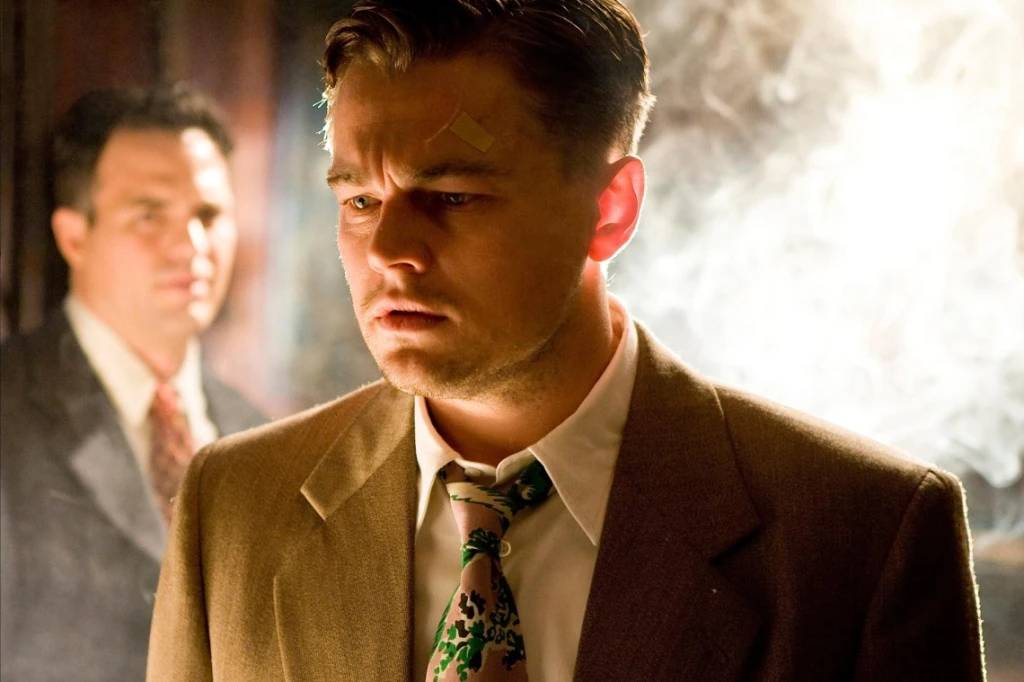 When one of their most dangerous patients escapes the premises but hides someplace in the hospital, all hell breaks loose at the AsheCliff Hospital for the Criminally Insane on Shutter Island. Teddy and Chuck, two investigators, board the ship and begin searching for clues on the island. Everyone seems to be a suspect to them. Teddy himself is one among them. The viewer is caught biting his nail in anticipation of Martin Scorsese’s neo-noir. When the curtains are drawn back, he asks the same question that Teddy did: “Which would be the worst?” “Would you rather be a monster or a good man?”

There will be Blood is a ruthless story of greed, obsession, and betrayal with stunning performances. It portrays the merciless narrative of Daniel Plainview (Daniel Day-Lewis), a silver miner-turned-oilman on an obsessive drive for fortune amid Southern California’s oil boom in the late 19th and early 20th centuries. “I don’t want to succeed,” he continues, “and I don’t want others to succeed” – a phrase spoken by Daniel Plainview’s pure authoritarian Sociopath. The world of cinema has seen a wealth of outstanding actors that have enthralled billions of spectators around the world with their effort, subtlety, grace, and madness over the years.