‘Apollo 10 1/2’ is an animated coming-of-age film written, directed, and co-produced by Richard Linklater. The story takes place in and around Houston in the days leading up to and during the momentous Apollo 11 mission. Stan, a fourth-grader with a vivid imagination, is the protagonist, while an older version of him (Jack Black) serves as the narrator. Stan imagines himself being recruited for the namesake lunar mission as he grows up in what is probably the epicenter of human progress.

The movie is based on Linklater’s upbringing, as well as the childhoods of his brothers, friends, and others who lived in the region at the time. If you like ‘Apollo 10 1/2,’ here is a list of other films you might enjoy. The majority of these films related to ‘Apollo 10 1/2’ are available on Netflix, Hulu, or Amazon Prime.

In terms of both conception and execution, ‘Boyhood’ is a fantastic film. It’s one of Linklater’s most accomplished works. Childhood, creativity, and family are all present here, as are some of the themes from ‘Apollo 10 12’. The film follows Mason Evans Jr. as he grows up in Texas, documenting various elements of his life from the age of six to eighteen. From 2002 to 2013, Linklater and his team shot the film in stages, with the same actor – Ellar Coltrane – portraying Mason Jr. at various stages of his life.

With his siblings Joie and Cinqué Lee, director Spike Lee co-wrote the script for ‘Crooklyn.’ Set in 1970s Brooklyn, the semi-autobiographical film depicts the life of the Carmichael family through the eyes of daughter Troy. Lee depicts the near-surreal life in Brooklyn through eccentric characters and comedic events in ‘Crooklyn.’ The major character matures dramatically during the film, particularly after the family suffers a catastrophe and she is forced to stand up and care for her younger siblings. ‘Crooklyn,’ like ‘Apollo 10 12,’ emphasizes how a person’s environment effect them during their formative years. 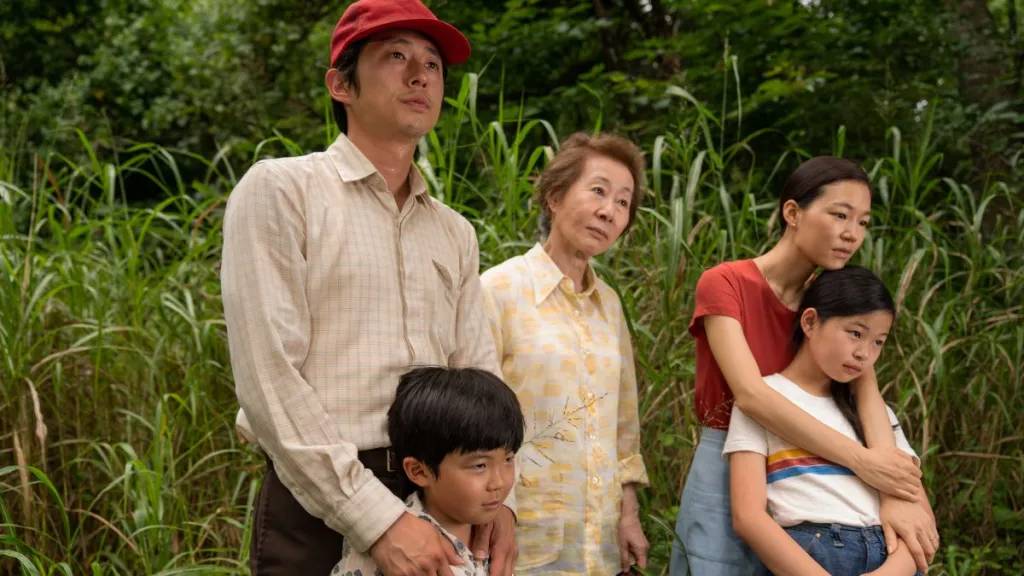 The film ‘Minari,’ written and directed by Lee Isaac Chung, takes its title from a sort of water dropwort that is employed in a number of ways. It’s a metaphor for the Yi family’s difficulties to make a home in rural Arkansas. ‘Minari,’ like ‘Apollo 10 1/2’ and a few other entries on this list, is semi-autobiographical. It tells the story of a South Korean family, the Yis, as they pursue the American dream.

‘Minari’ is a love letter to Arkansas, just like ‘Apollo 10 1/2′ is to Houston. Both films spend time delving into current social concerns, yet the focus is always on the films’ central themes. It’s the moon landing in ‘Apollo 10 12,’ and immigration in ‘Minari.’

This Studio Ghibli classic follows Taeko Okajima, a 27-year-old lady who travels from Tokyo to Yamagata to stay with her older sister and her in-laws. She grows nostalgic about her youth during her journey and after she arrives at her destination. She reflects on her past with nostalgia, recalling her first romantic experiences and heartbreaks, adolescence, and the frustrations of studying. In the meantime, her mature self is preoccupied with matters such as her career and love life. ‘Only Yesterday,’ like ‘Apollo 10 12,’ expresses the bittersweet nature of the past.

If ‘Apollo 10 1/2’ is about the first moon landing, ‘Persepolis’ is about the Iranian Revolution of the 1970s, which is a significant event in human history. ‘Persepolis,’ like ‘Apollo 10 12,’ is an animated film. It’s Marjane Satrapi’s autobiography, which she co-directed with Vincent Paronnaud. Flashback sequences are used to tell the stories of the revolution and the years that followed. The video recounts the Iranian people’s resistance against the Shah of Iran, as well as how religious conservatives gradually acquired control of the country.

‘Stand by Me’ is the archetypal film about nostalgia, childhood, and friendship. It’s based on Stephen King’s ‘The Body,’ a novella published in 1982. The film follows four guys — Gordie, Chris, Vern, and Teddy — as they search for the body of a missing adolescent in the fictional town of Castle Rock, Oregon, in the summer of 1959. ‘Apollo 10 1/2’ and ‘Stand by Me’ are both nostalgic nods to the past. They pay homage to the protagonist’s past and what it meant to him. In ‘Stand by Me,’ the narrator is an older version of one of the protagonists, Gordie, who has gone on to become a writer.

‘The Tree of Life,’ directed by Terrence Malick, is a spectacular showcase of the filmmaker’s enormous powers. It’s both spiritual and based in reality at the same time. There has been a lot of debate over what appears to be autobiographical portions of the picture since its premiere. ‘The Tree of Life,’ like ‘Apollo 10 1/2,’ is set mostly in 1960s Texas and centers on the protagonist’s youth, relationship with his family, and attempts at self-discovery. The O’Brien family is crucial to ‘The Tree of Life,’ which is set in the framework of humanity’s and planet Earth’s history.

The Dropout Real Characters Where Are They Now? Full Details