The Equalizer is an action-packed film about Denzel Washington, a guy with a mystery past who lives a quiet and regimented life. However, he meets a girl who is involved in prostitution and falls in love with her. When she is in danger, he resorts to his brutal methods to exact vengeance on those who have wronged her. These films, which feature a revenge theme and a larger-than-life hero, are the bread and butter of Hollywood, and they’re also a lot of fun to watch.

As a result, we’ve compiled a list of films that are comparable to The Equalizer and that we recommend. If you’re interested, some of these films, such as The Equalizer, may be available to stream on Netflix, Amazon Prime, or even Hulu. 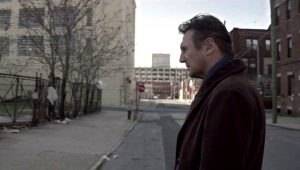 Liam Neeson plays a hardened private eye, a cop who was dishonorably discharged after attempting to prevent a crime while under the influence of alcohol, and a misfired gunshot killed a civilian. The story follows a man who is attempting to make sense of his life and battle his problems, but when he is approached by a family whose daughter has been kidnapped, he finds himself on the trail of two sick men who are kidnapping the children of criminals. This film is a wonderful lone wolf example in the character of Liam Neeson, but it also displays a compassionate side to the guy as he begins to care about other folks in a riveting and dark tale with bursts of violence that keeps the pace tight. 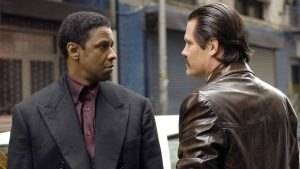 Although this isn’t quite the same as The Equalizer, Denzel Washington exhibits many of the same character traits in this film. Frank Lucas, a heroin kingpin, is the subject of the story, which follows his ascent and eventual demise. In Equalizer, Washington introduces even more of the traits of a quietly frightening man that we have come to know. Aside from the outstanding plot and direction by Ridley Scott, fans of The Equalizer will like the sense of silent threat that surrounds him in this film. 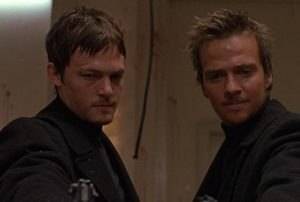 This film is about two Irish brothers who live a quiet existence and barely make ends meet. When a Russian mobster threatens to close down their beloved tavern on St. Patrick’s Day, the brothers fight back and win. The mobsters, on the other hand, return and threaten to kill the brothers, which proves to be their biggest blunder. They not only survive the assassination and kill the mobsters, but they also promise vengeance on the entire Russian mob, as well as all organized crime in the city. This leads to the formation of a vigilante duo that believes in firearms and violence and, like the Equalizer, cleans up crime. 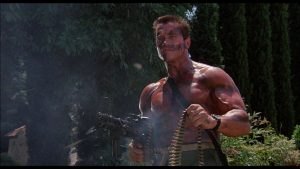 When his daughter is kidnapped, Arnold Schwarzenegger plays a brutal commando who comes out of retirement. In the same manner that Washington takes on the entire Russian mob in The Equalizer, this film features a lone wolf hero who takes on everyone who stands in his way, resulting in one of the biggest corpse counts ascribed to a single hero in Hollywood. But, well, we enjoy action, and Commando has enough of it, so if you loved Equalizer, you should definitely check it out. 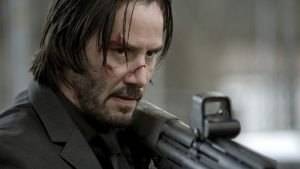 People cope with loss in different ways, and we never know what may set us off – for the Equalizer, it was the girl, while for Wick, it was his dog. John Wick, a notorious enforcer for the Russian mob, is assassinated at his home, his car is stolen, and his dog is slaughtered by his old boss’s son. To get to the boss’s son, Keanu Reeves as John Wick kills anybody who gets in his path, which includes a big part of the mob. Of course, the boss, like any father, tries to protect the youngster and, in the process, makes attempts on Wick’s life, which means the boss is the last person Wick kills before he is pleased with his vengeance route. This film will be a favorite among fans of The Equalizer. It is one of the best lone wolf films and has some truly outstanding action sequences. 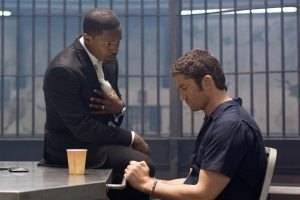 In this thrilling film, Gerard Butler plays the law-abiding citizen, which is an ironic title. When a man’s family is the target of a home invasion, he turns to the legal system for help. When the criminals, however, exploit the system’s flaws, the man takes matters into his own hands. What begins as a simple vengeance mission quickly escalates into a full-scale battle against the legal system, with the protagonist determined to bring down the entire corrupt system. The character is reticent and shares numerous other parallels with the Equalizer, making us nearly assume that if the roles were reversed, both characters would have acted in the same way. 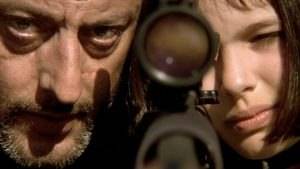 Luc Besson is credited with being the first to introduce the motif of a lone wolf developing feelings for a figure who elicits sympathy and embarking on a destructive, often self-destructive journey to ensure justice is served. The iconic film, starring Jean Reno, Gary Oldman, and a young Natalie Portman, is about an assassin who takes a young girl under his wing after witnessing her parents being murdered by a gang of corrupt cops. The plot follows Leon as he strives to protect the girl and find a solution to the problem. This is an incredible film that is easily one of the must-sees in Hollywood, and it is possible that it influenced the Equalizer. 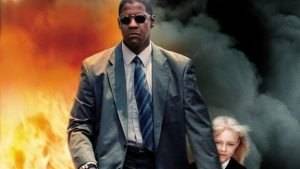 Denzel Washington stars in yet another film. The plot is identical to The Equalizer, except the violence is far more explicit here, and the character played by Washington is much more driven by wrath than the cold and calculated Equalizer. He portrays a bodyguard who chooses the job because it pays well. He is initially indifferent, but he soon develops feelings for the girl he is protecting. When she is kidnapped and killed, he goes wild and takes down the entire abduction ring in a suspenseful thriller. 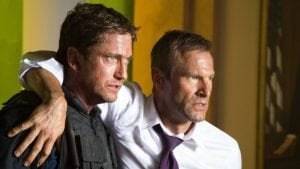 In this intense action film starring Gerard Butler and Morgan Freeman, Olympus alludes to the White House. When the President is attacked, Secret Service agent Mike Banning is tasked with rescuing the President and saving the day. Mike, a classic lone wolf story, is an agent who loses favor with the president after his wife is killed in an unforeseeable tragedy. When it comes down to it, though, the man walks in alone and utilizes all of his skills to take down the terrorist group. If you enjoy fast-paced storytelling and exciting action sequences, you should see this film right now. 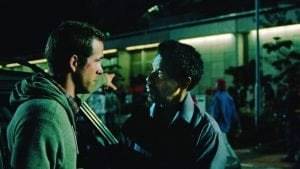 In this film, Denzel Washington plays a CIA fugitive. Tobias Frost has all the hallmarks of a Washington niche character. Frost is a lone wolf, a highly trained CIA operator who becomes a whistleblower and is persecuted as a criminal as a result of his actions. Frost brings to the film the same virtue and desire to do good as the Equalizer’s character, making it a terrific film, especially if the agency’s probable conspiracy theories intrigue you. 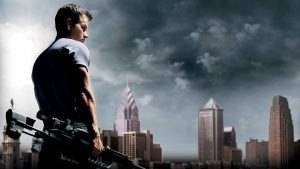 Mark Wahlberg plays Bob Lee Swagger in this film directed by Antwon Fuqua. He is one of the world’s best marksmen, yet he despises being in the spotlight. He lives on the outside of civilisation, but a colonel tracks him down and assigns him to a special mission to safeguard the president. He is, however, shortly accused of assassinating the president. He goes on the run while also trying to figure out who is behind the murder. He wreaks vengeance in a lone wolf Hollywood style action movie when he realizes the double cross. 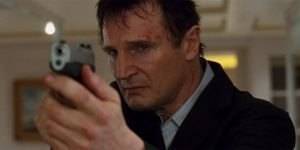 Few lone wolves can match Liam Neeson’s performance in Taken. When his own daughter is stolen, the man, an ex-CIA operative, comes out of retirement for one more task. A similar story structure can be found if the Man on Fire story is applied to one’s own family and the setting is changed to Paris. Before getting to his daughter, Brian Mills (Neeson) dismantles the entire kidnapping and human trafficking network, and he does so with extreme prejudice and extreme violence, all of which make for a superb action movie. 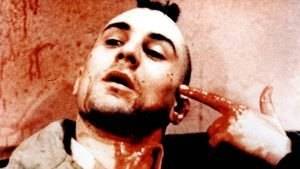 The Scorsese classic is one of the best films ever made in Hollywood and unquestionably affected the Equalizer plot idea. Travis Bickle, played by Robert De Niro, is a war veteran turned taxi driver who grows increasingly disillusioned with the city’s corruption and moral decrepitude. When a prostitute he likes is raped, he embarks on a dark path of vengeance, which Scorsese beautifully depicts in the film’s climactic violent gunfight. This is a great film that all movie fans should see, but it is especially important if you are a fan of The Equalizer. 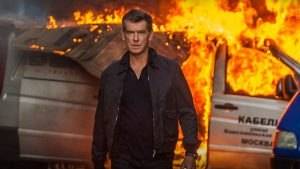 Pierce Brosnan plays the November Man, a CIA operative known for his bleakness and proclivity for murder. He gets called out of retirement to assist a new agent. However, the agent is slain, and it just so happens to be an agent with whom he had a personal relationship. The November Man embarks on a mission to discover the truth, which leads to the discovery of a massive CIA plot and pits this lone wolf against formidable foes, whom he dispatches with bullets and panache.