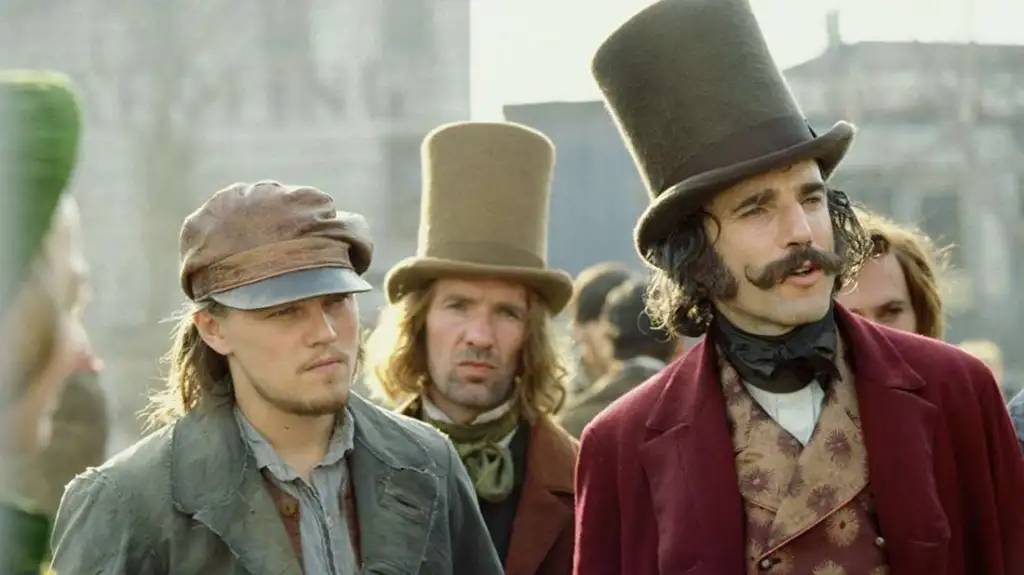 Simply because of the evident work put into them, one is compelled to develop a deeper sense of appreciation for films set in a different era of time. Recreating a specific period in time, especially if it’s done using props and sets rather than special effects, is a huge undertaking for the entire team, including production designers, art directors, and even writers, because they’re the ones who decide how the setting will be used to greatest effect. Furthermore, virtual historical recreation isn’t confined to items such as a storefront, an outdated muscle car, or costumes. It incorporates the mood and manner of life of the time period depicted in the film.

The world we live in is full with stories to tell, ranging in scale from intimate family sagas to conflicts that changed the course of history as we know it, and Prime Video has a number of period/historical films with excellent craftsmanship on exhibit. Even a cursory glance at the list reveals that the Second World War is by far the most well-documented event in history, but there are also some hidden gems ranging from Biblical times to the not-so-recent end of the twentieth century. With that out of the way, here’s a selection of great historical films on Amazon Prime that you can watch right now. 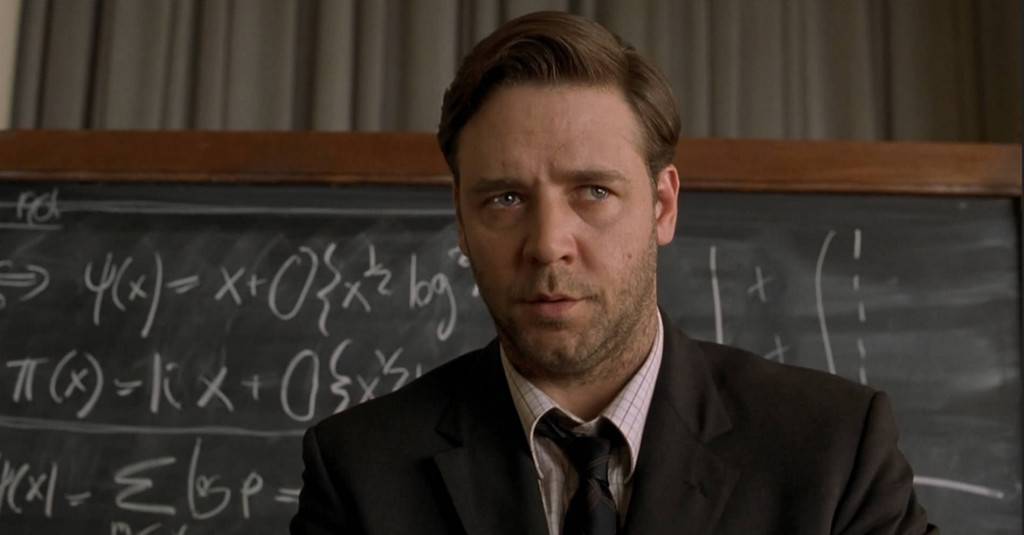 ‘A Beautiful Mind,’ directed by Ron Howard, is a masterclass in simple yet effective storytelling, with a naturally earnest Crowe at the lead. Every year, Hollywood produces dozens of character and real-life biographies, but ‘A Beautiful Mind’ is so much more than that, aside from being flawlessly produced. The film follows brilliant mathematician John Nash’s journey from a major discovery early in his career to decrypting secret messages for the government, his development of paranoid schizophrenia, and finally his Nobel Prize recognition late in his life. From chronicling an astonishing adventure to addressing the beauty of the human mind itself, this book is stunning. 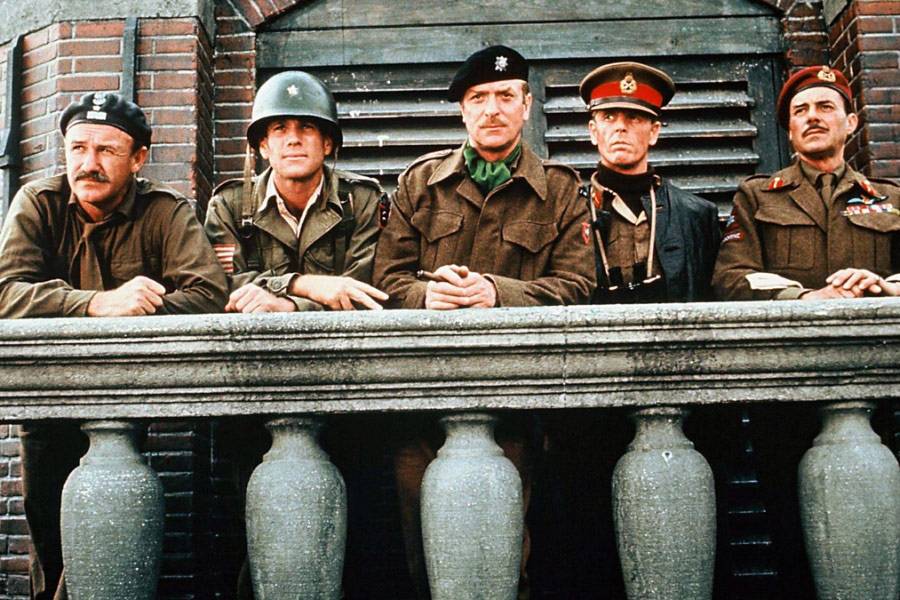 With a large ensemble that includes over a hundred well-known names and faces from three different countries, ‘A Bridge Too Far’ is a work of vision, big in its execution and approach; in fact, it is the first impression you will form as you watch the film. One of the few things the film accomplishes in terms of a war film is to try to expose and bring to light the inadequacy and lapses in judgment that threatened and ultimately led to the failure of Operation Market Garden, which was intended for the Allied Forces to capture a series of bridges in German-occupied Netherlands for strategic and combat advantages. In that regard, I felt the film to be sufficiently informative without relying too heavily on nationalistic jingoism and propaganda commentary. If you enjoy history, this is a great book to add to your collection. 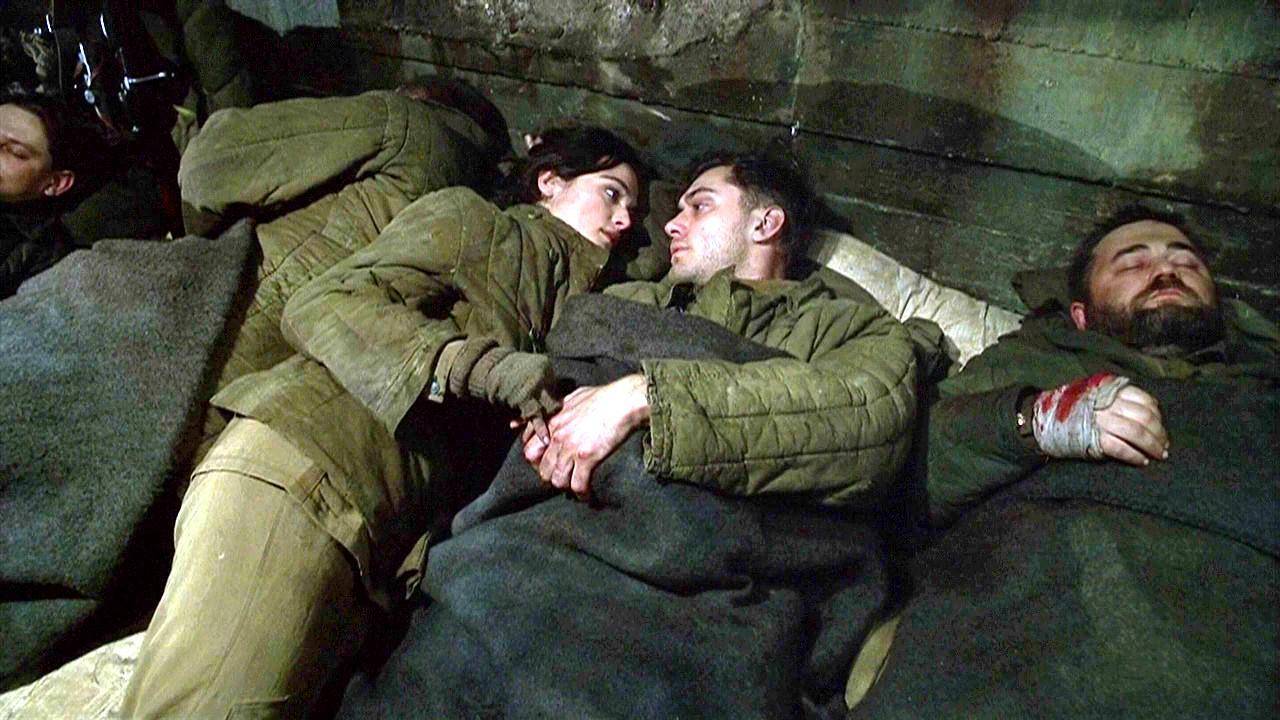 ‘Enemy at the Gates’ is a somewhat fictionalized tale of a well-documented sniper battle between a Soviet and a German sniper during the Battle of Stalingrad, but unlike other fictionalised narratives of combat, the ‘fiction’ component serves only for entertainment rather than propaganda. In their roles as sparring snipers engaged in a battle to the death, Jude Law and Ed Harris are totally convincing, the latter more so than the former. It is not a perfect description of the battle of Stalingrad, nor does it claim to be. Nothing more or less than a fun war film with more action than patriotism or anti-war gravity. 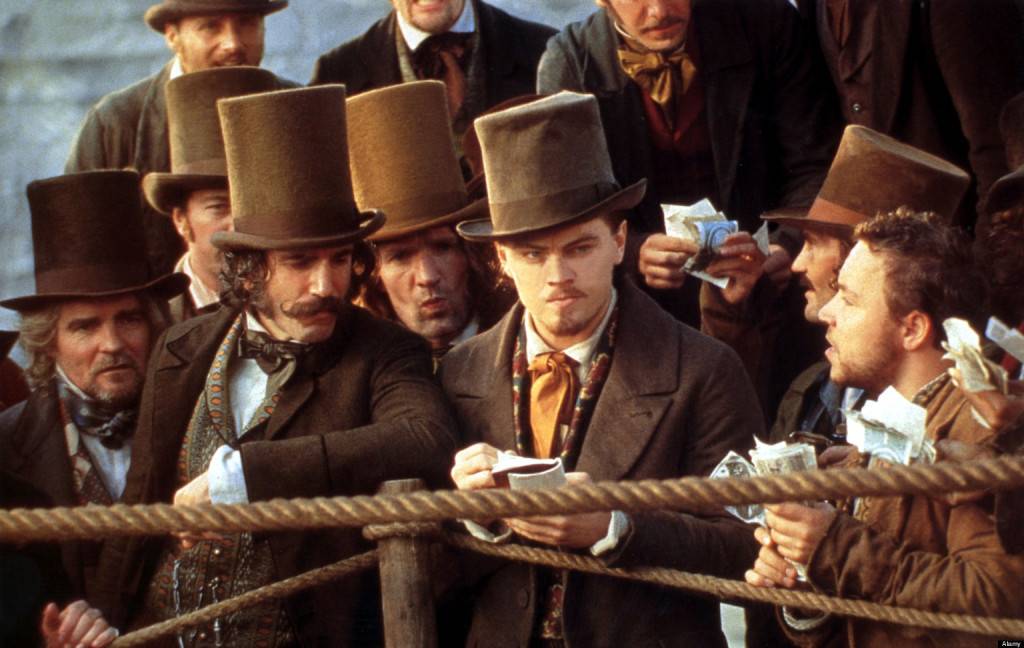 New York, New Revenge, the Five Points Area, and the era setting I could go on and on about why you should definitely see the movie if you haven’t already. However, there is one person who can easily outshine everyone else, including Martin Scorsese, and that person is Daniel Day-Lewis. His chilling performance as Bill “The Butcher,” one of his best in his lengthy career, is particularly chilling in the film’s last scene. There’s a lot to like here, but Daniel Day Lewis steals the cake, as well as the bakery. 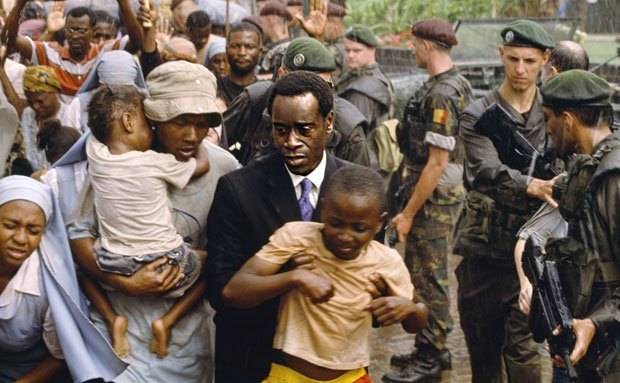 ‘Hotel Rwanda’ is a must-see film, since it is the uncommon film that will open your eyes to a reality that at least half of the world is unaware of. The film is based on the extraordinary true story of Paul Rusesabagina, who saved hundreds of Tutsi civilians (one of two Rwandan ethnic populations left after Belgium’s withdrawal) from Hutu extremists who were committing genocide against the Tutsis. ‘Hotel Rwanda’ is a searing humanitarian picture about a wonderful spirit, one that deserved to be told, but undoubtedly needs to be heard by so many more. It has been dubbed the ‘African Schindler’s List’ by some moviegoers, and I can see why.

This is essentially gospel for persons of faith. From his nativity or birth through his death on allegations of blasphemy after declaring himself God and to his resurrection as his supporters exult, nearly 400 minutes of Jesus Christ’s life are told in amazing detail. While the most well-known chapters are described in minute detail, the account also packs enough punch to include parallel key events that are important in Christian history. To be honest, the Mel Gibson version was a touch better in my opinion. Even for those who do not believe in Jesus, ‘Jesus of Nazareth’ may be the most enlightening video on this list due to the sheer number of knowledge it contains. 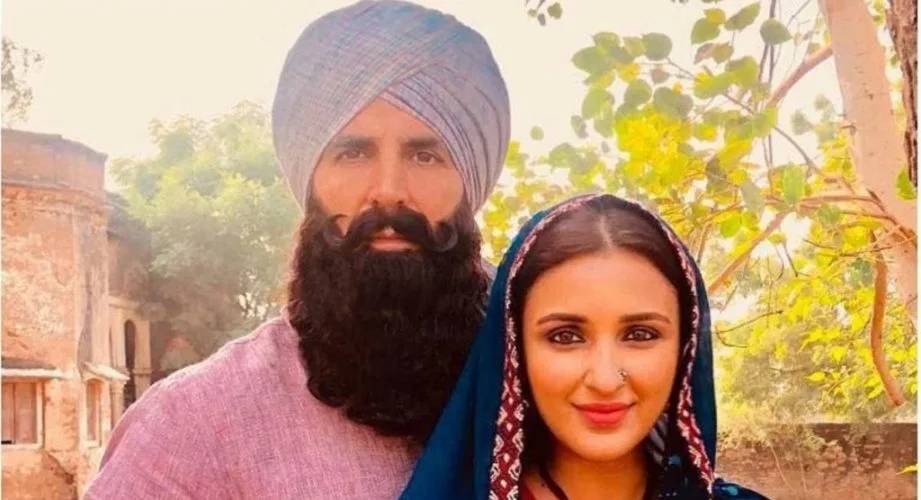 Anurag Singh directed and co-wrote the Indian Hindi-language military film ‘Kesari.’ The Battle of Saragarhi was a bloody battle in which 10,000 Afridi and Orakzai Pashtun tribesmen attacked the British Indian Army’s 36th Sikhs outpost of Saragarhi, where just 21 men were stationed to protect the territory. When the adversaries were staring them down, Havildar Ishar Singh, a valiant soldier, led his troops through one of history’s most horrific battles. While providing an up-close look at the conflict, the film also provides insight on the events that led up to it.

After the fort was besieged by invader Alauddin Khilji, Queen Padmavati of Chittorgarh conducted ‘Jauhar,’ or the age-old patriarchal ritual of self-immolation with a hundred or more other women in the face of imminent defeat as an act to defend her honour. Sanjay Leela Bhansali is a bollywood director who has made meticulously detailed, gorgeous-looking mega budget sets and excellent production design against historical backdrops a genre specialization, a forte of his own. When I say this, I also mean that, like other Bhansali films, the quality of the craft manages to stick with you even if you don’t take the tale home, especially in this one when the procedures seem stretched out. 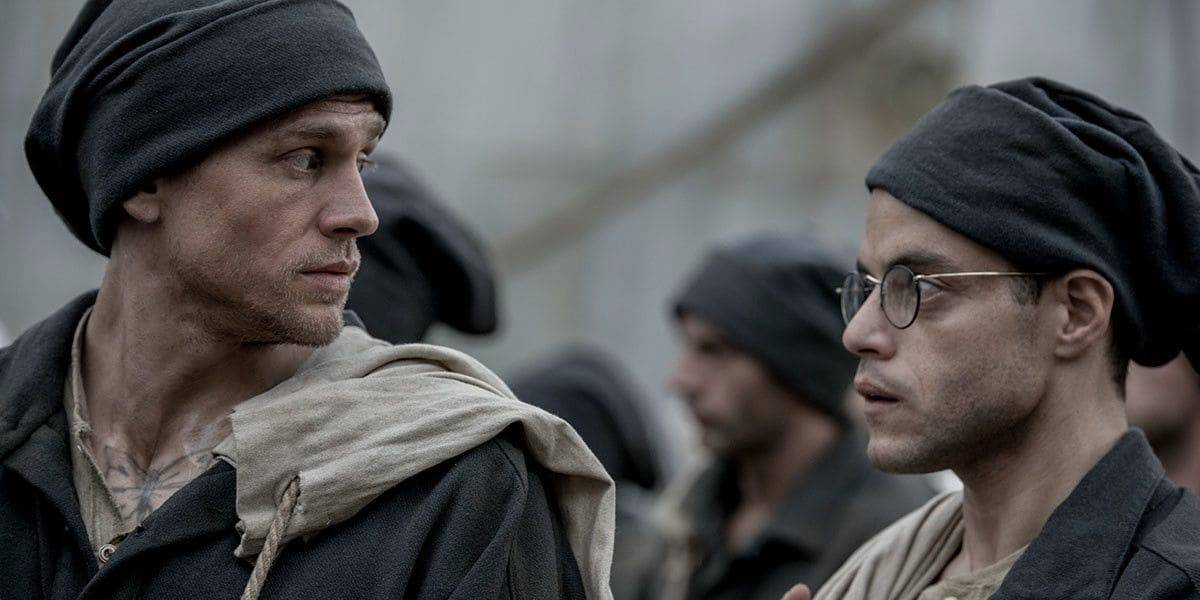 ‘Papillon,’ a remake of the beloved 1980s classic starring Steve McQueen and Dustin Hoffman, tells the story of Henri Charriere, an inmate at the renowned Devil’s Island prison, and the friendship he creates with a fellow inmate as the two attempt to escape. In this remake, Charlie Hunnam and Rami Malek surprisingly embrace their parts extremely well, and you’ll have a pleasant time watching it if you can get over the shadow of the original, as this 2017 picture does. A special mention should be made of the exceptionally well-crafted musical soundtrack, which is a rarity in films of this kind. 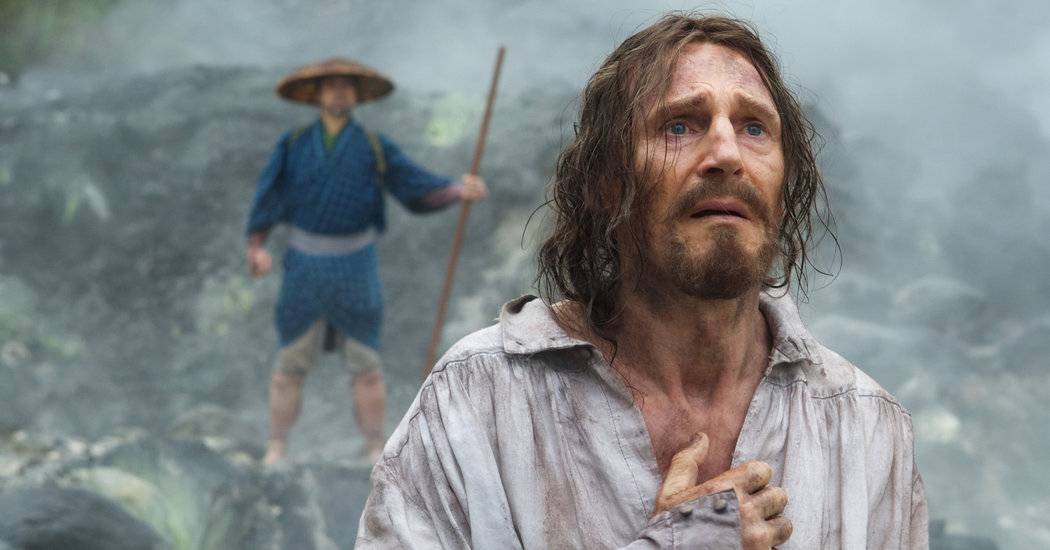 For the basic misjudgment of its subject matter, ‘Silence,’ one of the two Scorsese pictures on this list, is regrettably not counted among the director’s stronger works. I agree that it is unlike anything Scorsese has done before, but it does not necessarily imply that it is a bad picture. This picture, which runs close to 150 minutes, is full of silences, as its title suggests. I’m not even going to suggest that the extended runtime has a reward and is worthwhile for the average viewer. However, I must add that ‘Silence’ is visually stunning and well performed. It’s evident that this was a more personal endeavor for Scorsese, an extension of his own religion, since it unfolds at its own sumptuous pace. This film may be for you if you can persevere in giving in to his vision. 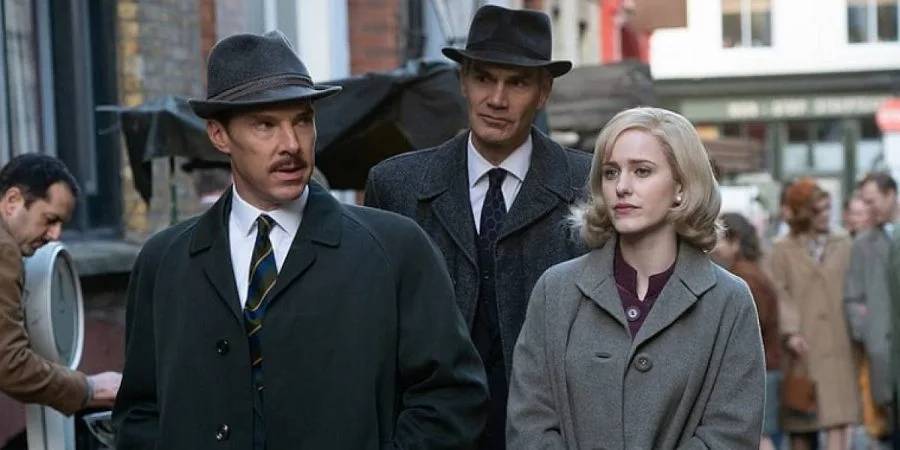 ‘The Courier,’ a historical spy film starring Benedict Cumberbatch, Merab Ninidze, Rachel Brosnahan, and Jessie Buckley, is written by Tom O’Connor. The Dominic Cooke-directed film depicts a British businessman as he collaborates with a Soviet officer during one of the Cold War’s most dangerous periods. As the threat of nuclear war and widespread death and destruction grows, these two men lay the framework to defuse the Cuban Missile Crisis and prevent a catastrophe. 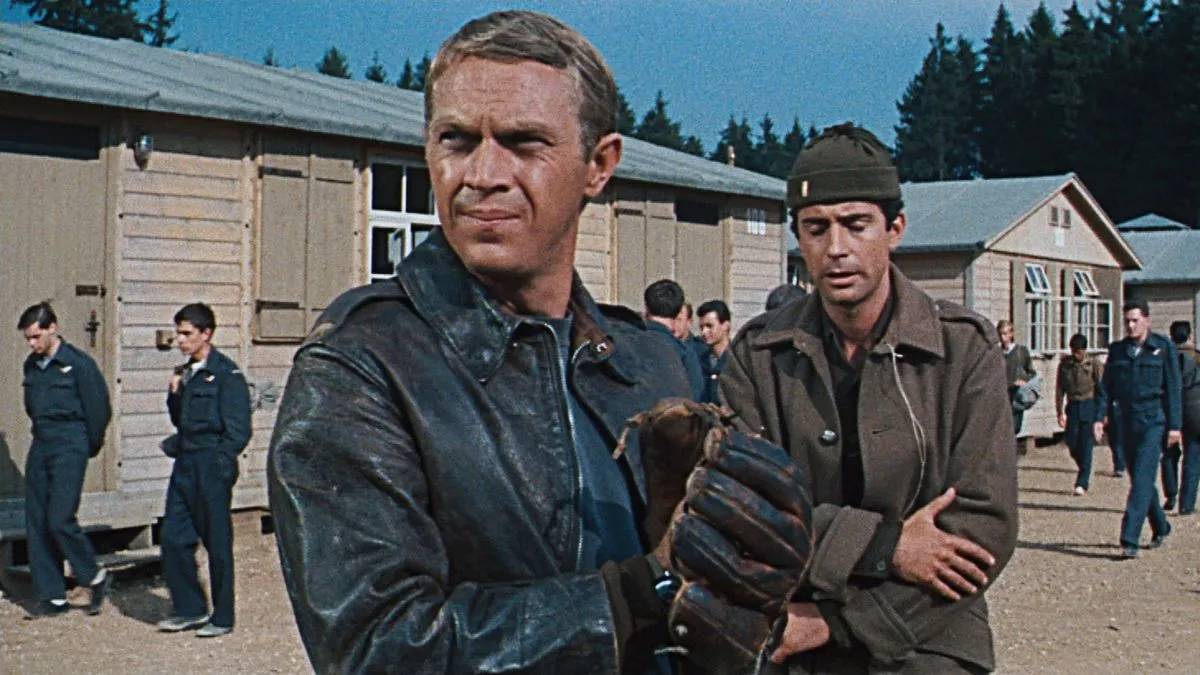 When it comes to historical World War II films, entertaining isn’t something that comes to mind, but this one did. I’m partially paraphrasing Thanos here, but the film deserves that label. ‘The Great Escape,’ directed by Steve McQueen and starring Steve McQueen, Richard Attenborough, James Garner, and Charles Bronson, among others, tells the story of hundreds of Allied prisoners of war who intend to flee a German camp after being caught during WWII. One of the film’s strongest points is that, despite the large number of characters (both main and supporting), you grow to care for the bulk of them thanks to a series of well-written introduction moments. Simply put, one of the best WWII films ever made.

‘The King’s Choice,’ a biographical war film written by Harald Rosenlw-Eeg and Jan Trygve Ryneland, has standout performances by Jesper Christensen, Anders Baasmo Christiansen, Tuva Novotny, and Katharina Schüttler. The film, directed by Erik Poppe, is about King Haakon VII of Norway and the Norwegian royal family during World War II, when the country was poised to be invaded by the Germans. During those stressful days, the monarch had to make a courageous decision that would not only determine the country’s destiny but also redefine his legacy as a leader. 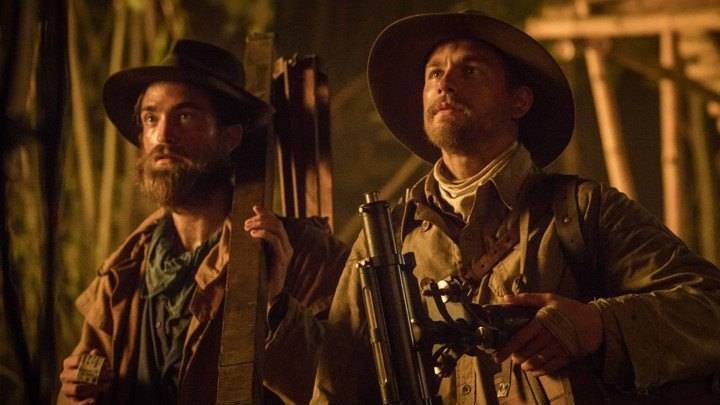 The legend of Percy Fawcett, a British adventurer who went missing in the Amazon jungles while searching for the lost city of Z, also known as the illusive El Dorado, was enough to pique my interest in the film. While the picture is technically sound and beautiful to look at in sections, the plot leaves a lot to be desired. Give it a go if you’re a fan of Charlie Hunnam or historical adventures.